Hello Moddb! Today, we would like to present a new milestone in Slipstream: The Price of Freedom for Homeworld 2. Our last release was in July of this year, and we were able to roll this together for October. Our Development cycle was slowed considerably this time around.. [Cont.]

Hello Moddb! Today, we would like to present a new milestone in Slipstream: The Price of Freedom for Homeworld 2. Our last release was in July of this year, and we were able to roll this together for October. Our Development cycle was slowed considerably this time around, due to to the fall activity. We hope 2.6 will be done very quickly, and we hope to have 2.6 fully completed by December. We are still planning for 2.6 to be our “game play” freeze, where we will finish development of game play, and being developing the “Price of Freedom” campaign.


In this release, we have worked heavily on some new features. Our newly-established user interface model called “Mercury”, involves our new animations policy with shaded window objects, to bring a pleasant look and feel to the user interface. While it is not up to par with “Aero” or “Aqua”, it suits much better than the original Homeworld 2 UI lay out. We are also experimenting with thrusters on ships. Currently, they do not provide any other function besides eye-candy. Our original implementation of the thruster system did not live up to its function, so we scratched it, and are working on a new model for that system. Another important aspect is our weapon layouts. In previous releases, we had the UNCG and the DSCG share similar weapon systems. We are starting to gear away from that, in order to give the feel of 300 year separation. As such, we made the gatling exclusive to the UNCG, and the Flak cannon exclusive to the DSCG. We are hoping to develop this further, and give many more rich features to TPOF.


Ten Equals Eight is the title of what will be the Slipstream ARG (Alternate Reality Game). While it will not be on the scale of a corporate ARG, it will give fans of slipstream a way to dive into the deeper backstory of slipstream that we held back for times such as this. In order to play, you simply follow TPOF's updates, and you will know when a piece of the puzzle has surfaced. Our puzzles will be rather difficult to solve, so we do advise you analyze every clue down to the marker. We'll keep a running track record at our home site, so new players can dive in quickly. Our first official clue to kick off the game: >10 = 8;<. Have fun!


This is our official announcement of the TPOF campaign. The Campaign will be titled “The Price of Freedom”, and will follow the currently established story arc. After our game play freeze, our release cycles will be longer, and we are still debating on when we will release the content. Currently, we plan to release every time a mission is completed and ready to play, but that is subject to change. We are also planning on building a second campaign called “Uprising” which may or may not be green-lit for a while, or even for this game engine. Stay tuned as that story develops.


Many people have tried to report problems and bugs through the moddb comment system. Please, when you report a bug, report them here: Subreal.uuuq.com if you do not with to register with our forums, then please PM me here with the details of your problem: >Send Message< . If you attempt to leave a comment on my profile, or the mod's profile, odds are we might not see it, and may miss it. So, please, report the bug/problem as stated above. We appreciate it.


We would like to thank the Moddb staff for putting up with us all this time. We hope to have the continued support and awesome tools that Moddb provides. Thanks guys! We would also like to thank our fans and supporters who have stuck with the tried and true Homeworld 2 engine, and Slipstream throughout this entire endeavor. Until next time, Sub-Real Industries, signing off. 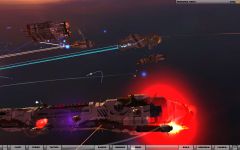 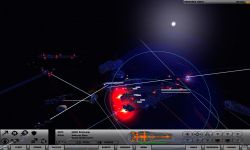 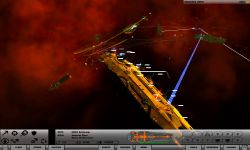 Some great looking changes going on here. Keep it up!