Skyward Collapse 2.0 and Nihon no Mura are now available on Steam, GamersGate and the Arcen Store!

We at Arcen are proud to announce the latest version of our title Skyward Collapse has now gone gold. As is typical for our titles, the massive 2.0 update is free, while a paid expansion pack with huge buckets of content also launches at an affordable $2.99.

At PAX Prime we'll primarily be showing off Bionic Dues in the Indie Megabooth, but we'll also have Nihon no Mura (the new expansion) and Skyward Collapse 2.0 to check out if you want to swing by.

What's New In 2.0
There was a big writeup on the largest set of changes, which were originally released as version beta 1.4. Anyway, the highlights of what has changed from 1.0 onward are:

And a whole lot more! 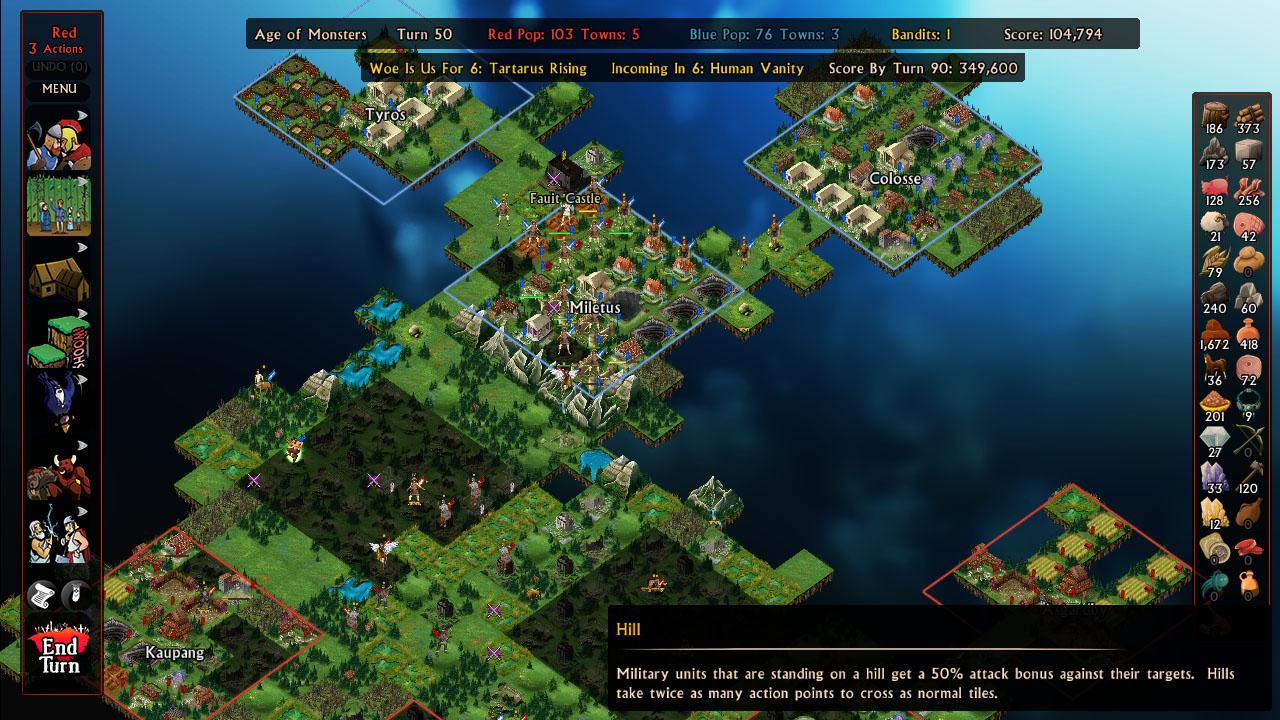 Nihon no Mura Expansion
The Japanese enter the fray on Luminith: their faction has a very strong military and a very strange pantheon: their gods are much more aggressive than their Greek and Norse counterparts, and each has three god creatures rather than three god tokens. Learning to play this new faction effectively is a fun new challenge: given how powerful the Japanese military and mythology are, you have to be very creative in how you help the Norse and Greeks drive back this threat. Remember, no faction is supposed to dominate the other!

Hamlets are new non-combative, non-factional villages that can be built in the remains of the fallen towns. But it's never that easy! Hamlet buildings can only be placed from a limited queue that cycles as you place them. Hamlet buildings generate (or lose) Culture depending on what pre-existing tiles were adjacent at the time you placed them. Culture allows you to activate four powerful new abilities, including creating Large Towns or even turning back time. Amass enough Culture and Sunstone and you can even win the game via a new Cultural Victory!

About Skyward Collapse
"I can never play Skyward Collapse again. I work from home. Frankly, having it – and the accompanying temptation – within arm's reach would be detrimental to my productivity."
Richard Mitchell, Joystiq

How do you balance -- and indeed encourage -- a war between factions without letting either side obliterate the other? How do you rule over gods, creatures, and men who refuse to obey you? How do you build a landscape of villages when bandits and mythology are conspiring to tear it down? Skyward Collapse places you into the role of The Creator, and frees you to tackle these problems your own way. Brought to you by the developer of the modern strategy classic AI War: Fleet Command, Arcen's second full strategy title is equally unique (but far easier to learn): a turn-based 4x strategic god-game.

Your task is to build and populate the floating continent of Luminith. You create -- but cannot control -- gods, creatures, and artifacts from both Greek and Norse mythology. The power you wield with these is immense: Heimdall's horn causes everyone outdoors to drop dead, for crying out loud. Your task is to keep both factions alive and fighting until The Master calls you home -- but this is harder than it sounds. Bandit Keeps pop up periodically, as do Woes such as floods, serial killers, guild strikes, and vegetarian uprisings. Every game plays out differently, and you'll need even the craziest of your powers in order to survive what lies in store for you.

Features
* A turn-based strategic god-game where you control neither faction, but instead strive to maintain the balance of power.
* Make towns and war as the boardgame-like floating continent continues to construct itself around you.
* Persuade your minions into doing what you want by controlling the circumstances of their (brief) lives.
* 16 gods, each with unique passive abilities and three active powers, help you further your goals as you pass into the Age of Monsters.
* Level up your player profile by winning games. Twelve unlockable buildings in all!
* Straightforward controls paired with an intuitive and helpful interface make this an easy title to pick up... but the strategy runs deep.
* Multiple difficulty levels let you play a very relaxed game up to a nail-bitingly difficult one. There's no one best way to win!
* Co-op multiplayer for up to 8 players. 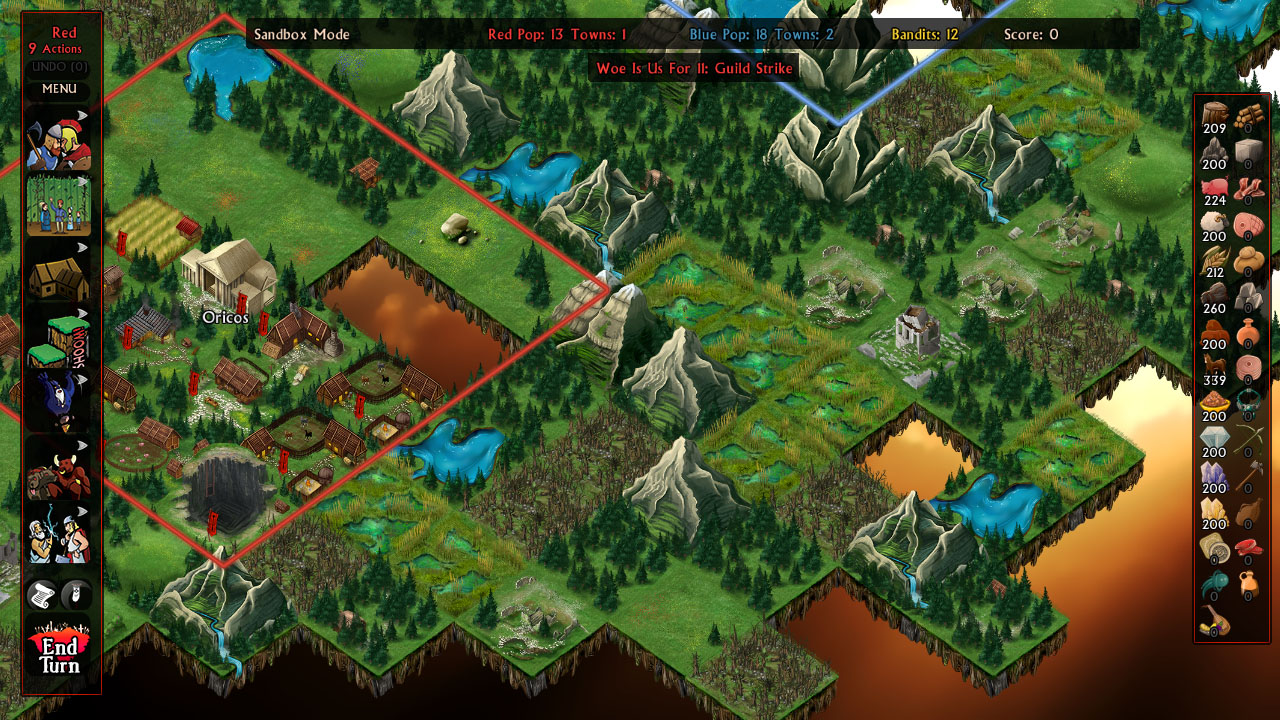