Our main map is a battleground designed and built by the minions summoned by the great rulers of Atalma. After decades of wars (this will be elaborated on more through the lore posts) between the continents of Unitas, the great rulers decided a battleground needed to be built to settle the continents differences. Minion workers were summoned and the construction of Sky's Edge began.

Posted by FingerPunchGames on Nov 26th, 2014

Our main map is a battleground designed and built by the minions summoned by the great rulers of Atalma. After decades of wars (this will be elaborated on more through the lore posts) between the continents of Unitas, the great rulers decided a battleground needed to be built to settle the continents differences. Minion workers were summoned and the construction of Sky's Edge began.

When designing Sky's Edge we needed to focus on four main elements of the map that would give it character:

Other areas such as jungle pathways, lanes and the outside area of the map are just general elements to a MOBA map and will just be stylised to it's location on Atalma. 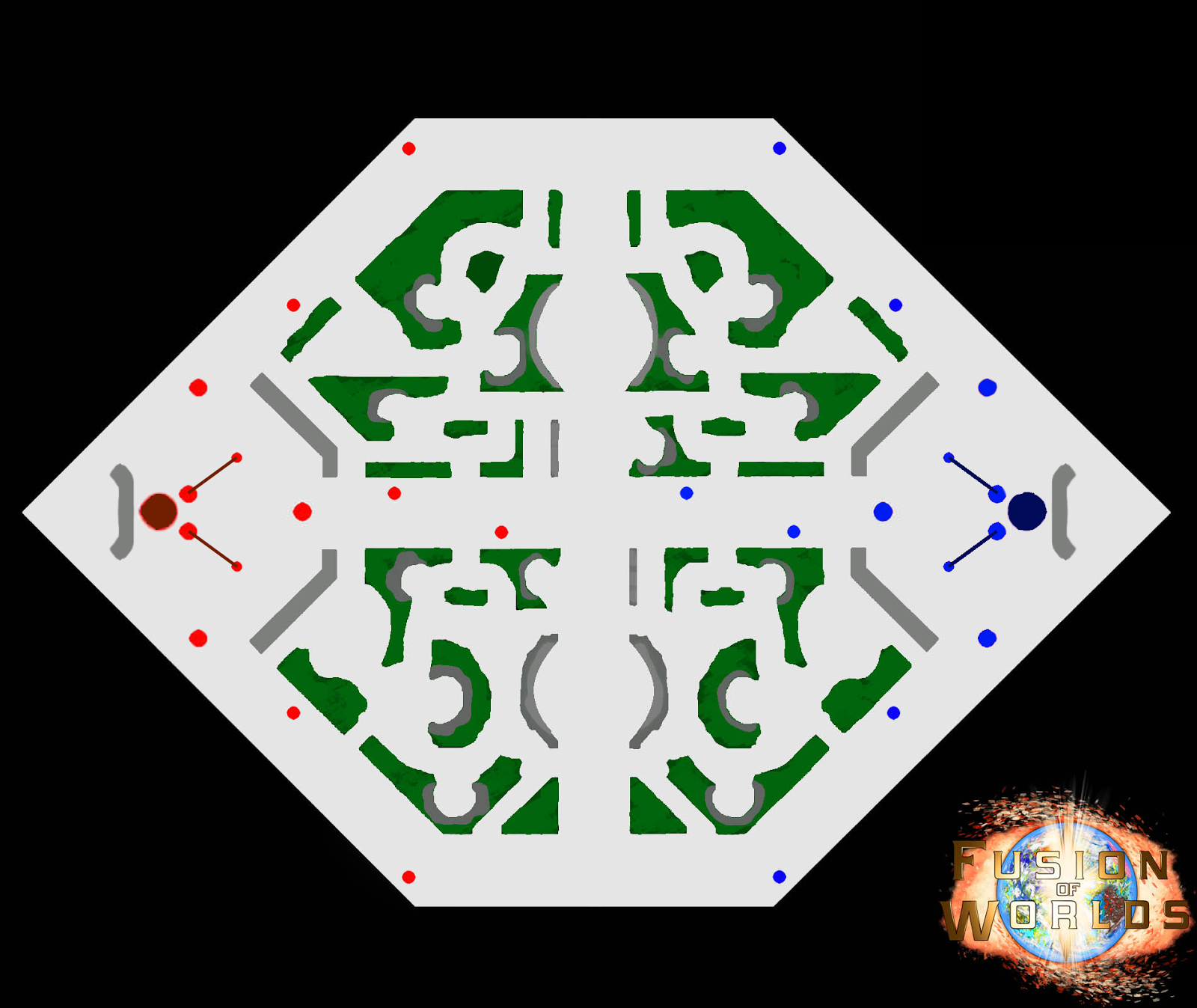 This is where the game will both began and end so we wanted to ensure it was interesting area of the map. We did not want it to be a simple strategy of taking a few towers then attack the bases main structure to win. We wanted to incorporate game changing objectives and a unique way to secure victory.

When the two outer turrets of a lane have been taken the player will encounter the bases first line of a defense, a single turret uniquely stylised and constructed for the base. These turrets will have increased defensive stats compared to the outer turrets. When a team has successfully destroyed the initial base tower in a lane, a larger 'buffing' minion with high defence will spawn every set number of waves in the specific lane. Additionally their enemies will not have any minions spawn in the lane until the tower is 'rebuilt' after a set amount of time. This will cause a major defensive issue for that team and a lot of pushing power for the opposing team. The team in the potential winning position here will be unable to earn any money in that lane though due to a lack of minions to farm so will have to make the most of it to push other lanes or push further, which brings us to the main structure and the strategy for winning.

A buffed base turret will have increased shredding power so taking out the power core before going for the turrets is highly recommended. 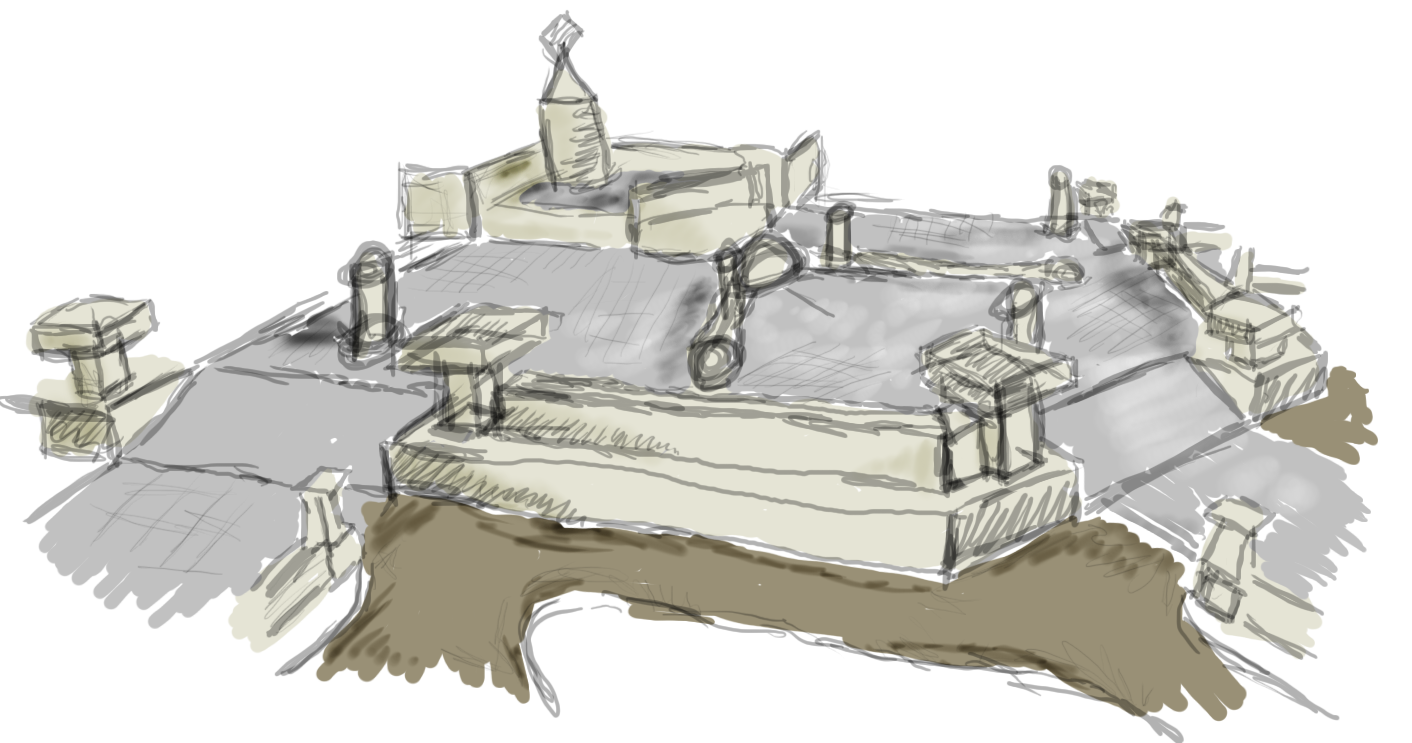 The jungle is going to be full of generic stones, logs, trees, bushes etc so making the neutral monster camps unique will add a lot of character to the jungle itself and make it feel alive. We felt adding parts of the other continents to Sky's Edge would make it really unique and personalised to Fusion of Worlds.

In the jungle there are seven jungle camps, these are split up into three camp classifications which determine their difficulty and reward; Buffs, High Value and Low Value.

Despite the name classification, these camps still offer a reasonable amount of experience and gold to help jungles keep up with laning players. These camps will require just one player early on to kill and will have a relatively low respawn rate.

There will be four unique low value camps per side of the jungle. Below are concept designs for each of the low value camps along with what continent they will be a visual representation of and what neutral monsters will be there. 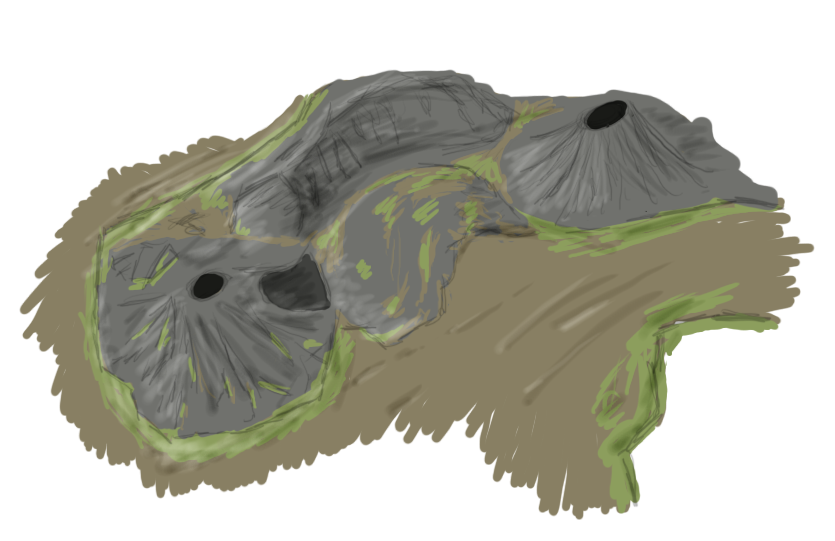 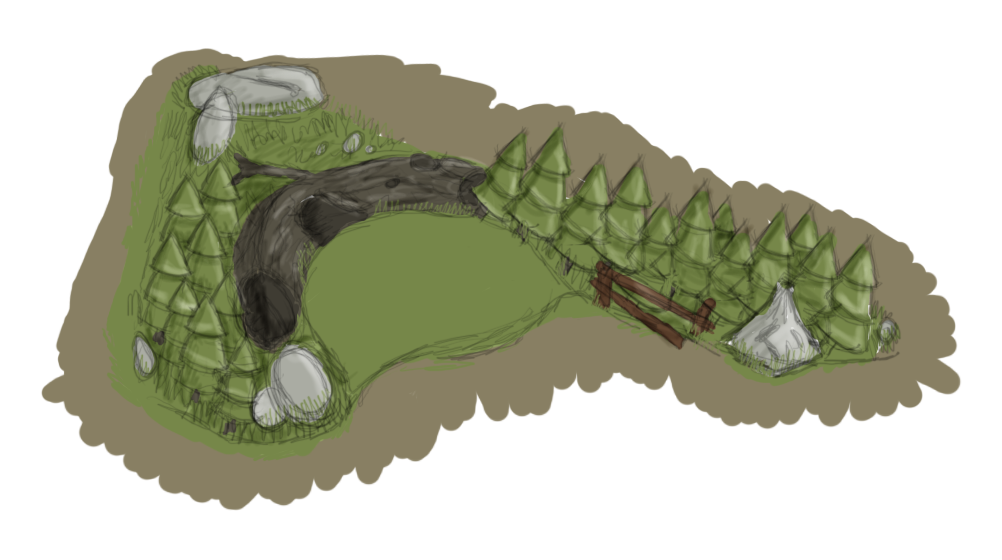 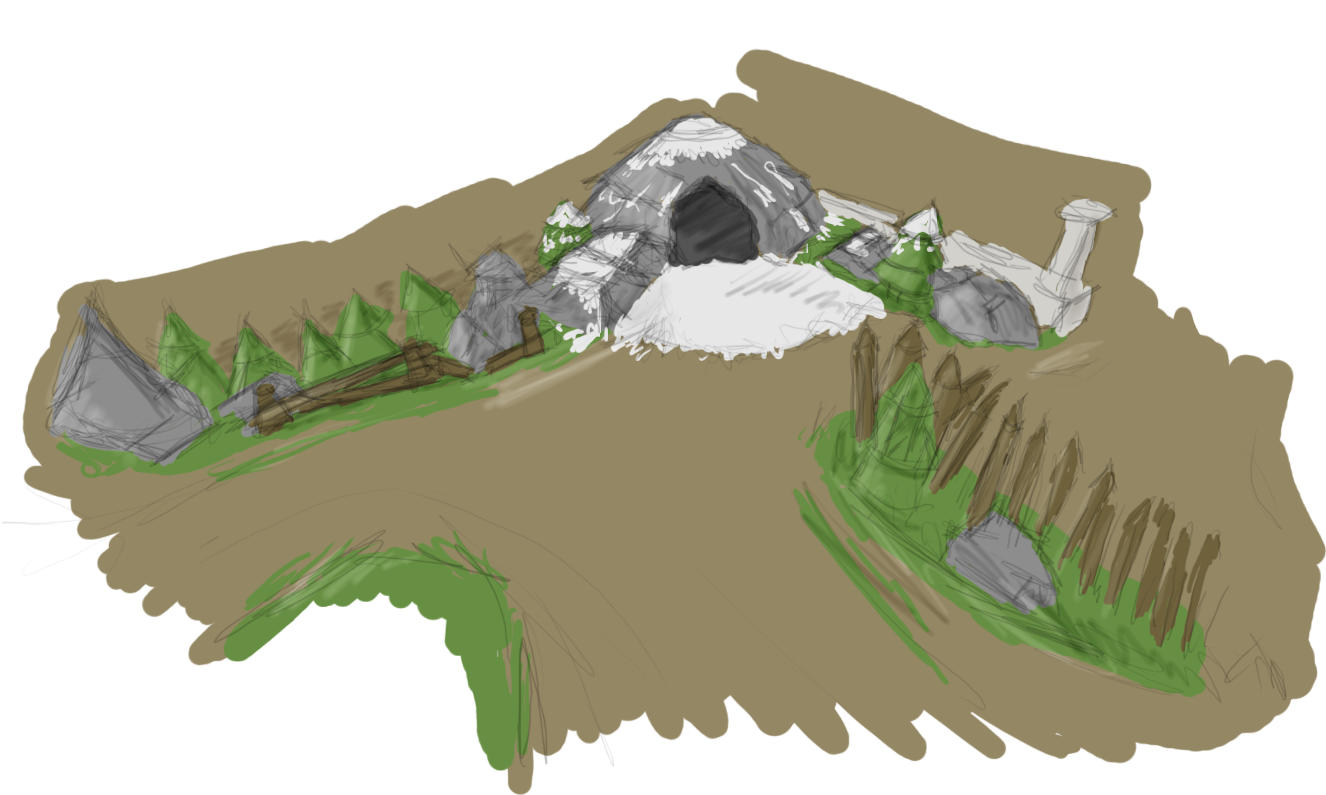 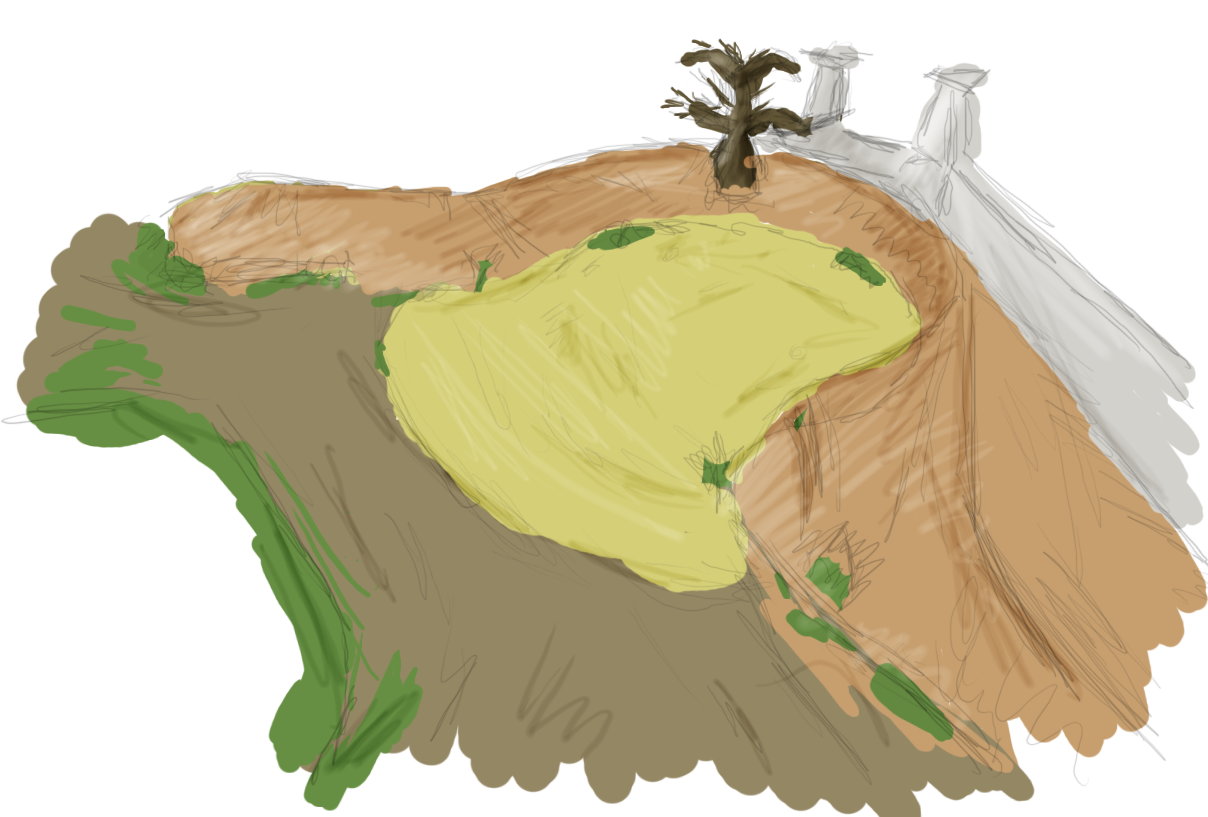 These camps will be located on either side of the mid lane and will reward with a high amount of gold and experience. These camps can be killed by just one player but due to the high value it is recommended to have some help due to the enemy team also wanting to claim the reward. These camps will have a respawn rate close to double the low value camps. As these camps are of high value their camps will be sculpted out of the finest marble and roman style architecture. 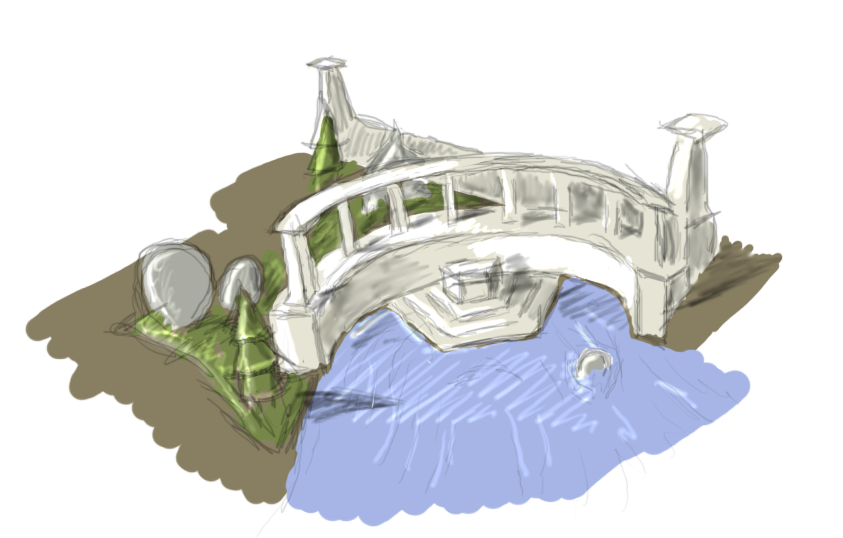 There will be two buffs per side of the jungle. These will require more than one player early on to kill a strong elemental. When killed they will drop a buff that can be picked up by anyone on the team that secured the kill. These camps will also offer good experience and gold. Just like the high value camps these camps will be built up well with roman architecture. The colour of the roof of the camp will represent the colour of the buff. 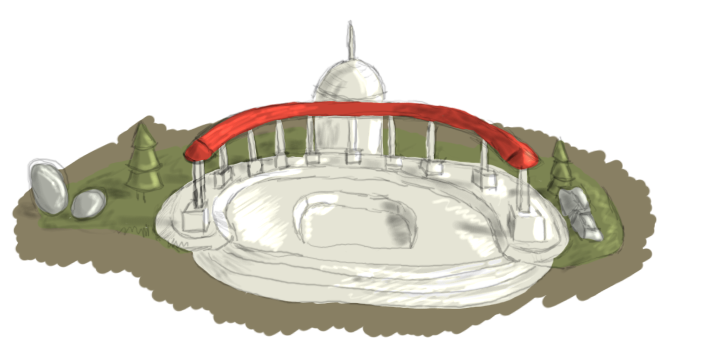 Another focal point within the jungle are the obelisk capture points which are used to summon the neutral boss monsters. These areas have been designed to be open and perfect for team fights as they will be a popular area due to their high importance to the outcome of the game. 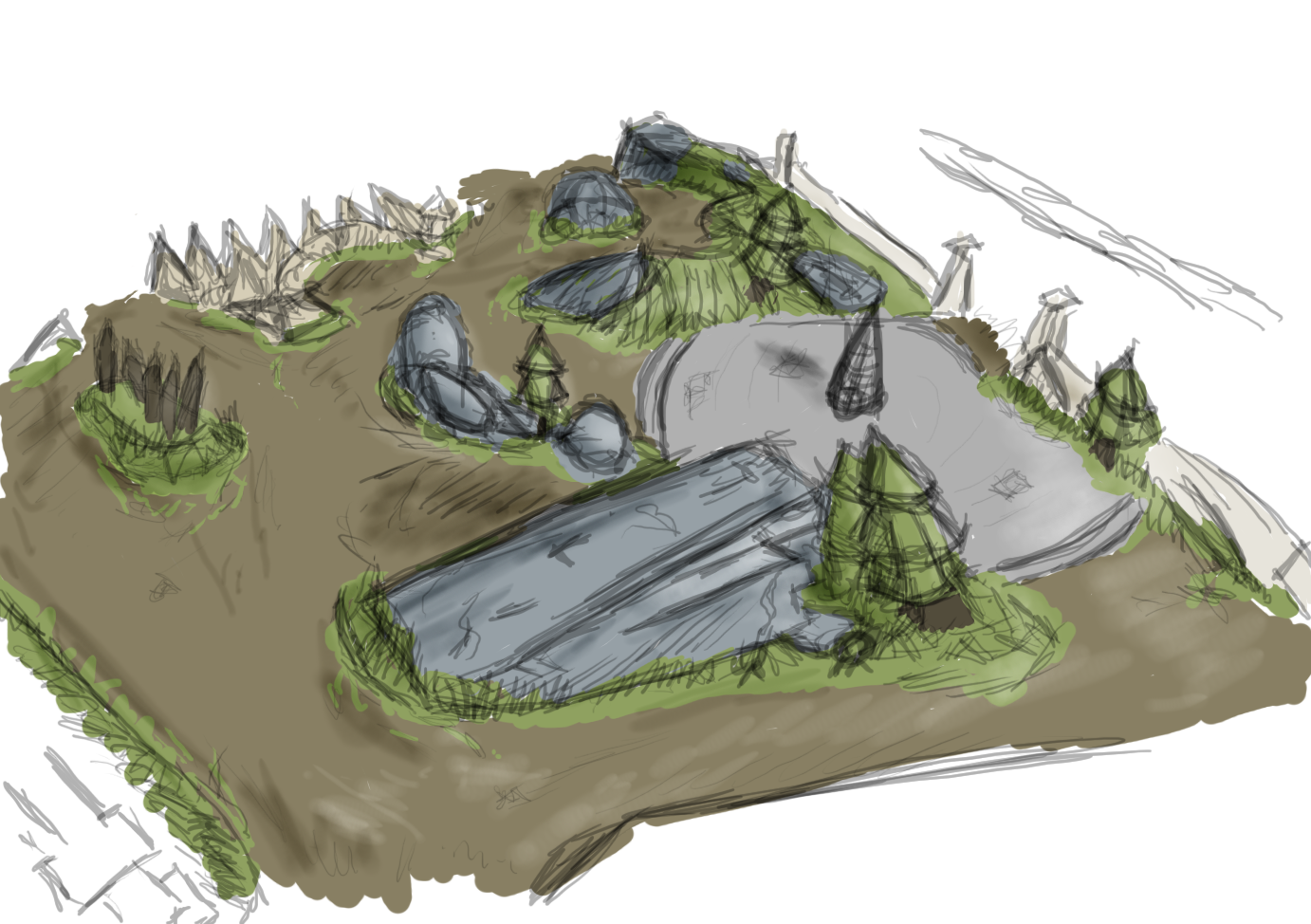 Once two of the corresponding obelisks have been activated they will spawn one of the two bosses depending on which obelisks were activated. The bosses will spawn in a designated area in between the two sides of the jungle, one on either side of the mid lane. These bosses will offer high income rewards and strong buffs. These areas will be widely open for expected boss fights and potential team fights when contesting these extremely high value targets. 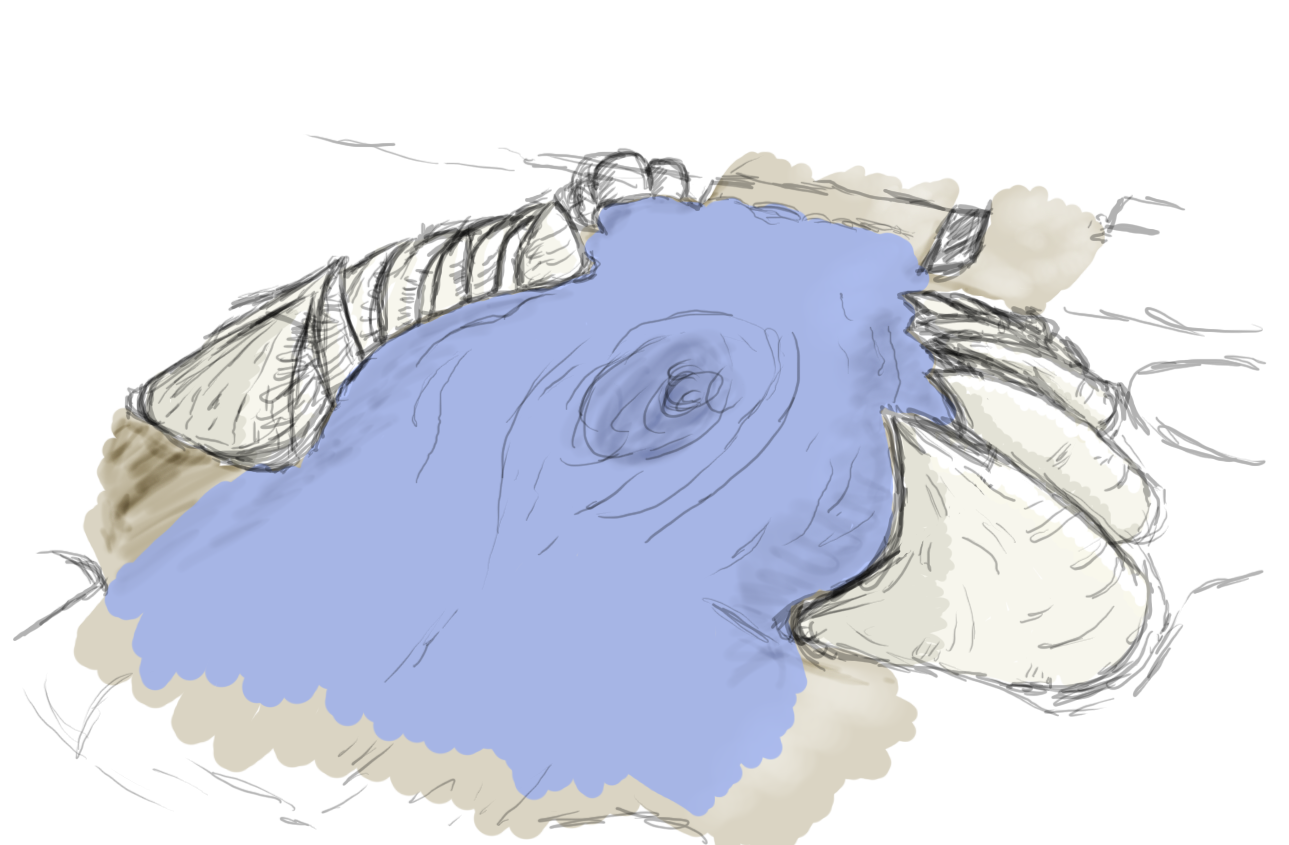 These little fellows play a big part in building of Sky's Edge and big part in the game. We have two main types of minions; ranged and melee. We wanted to design them based on them being workers that built Sky's Edge. The melee minions are designed to use tools as weapons and the ranged minions are casters with blueprint scrolls on their backs that were used in the planning for the maps creation.

Melee Minion - Will use tools as weapons 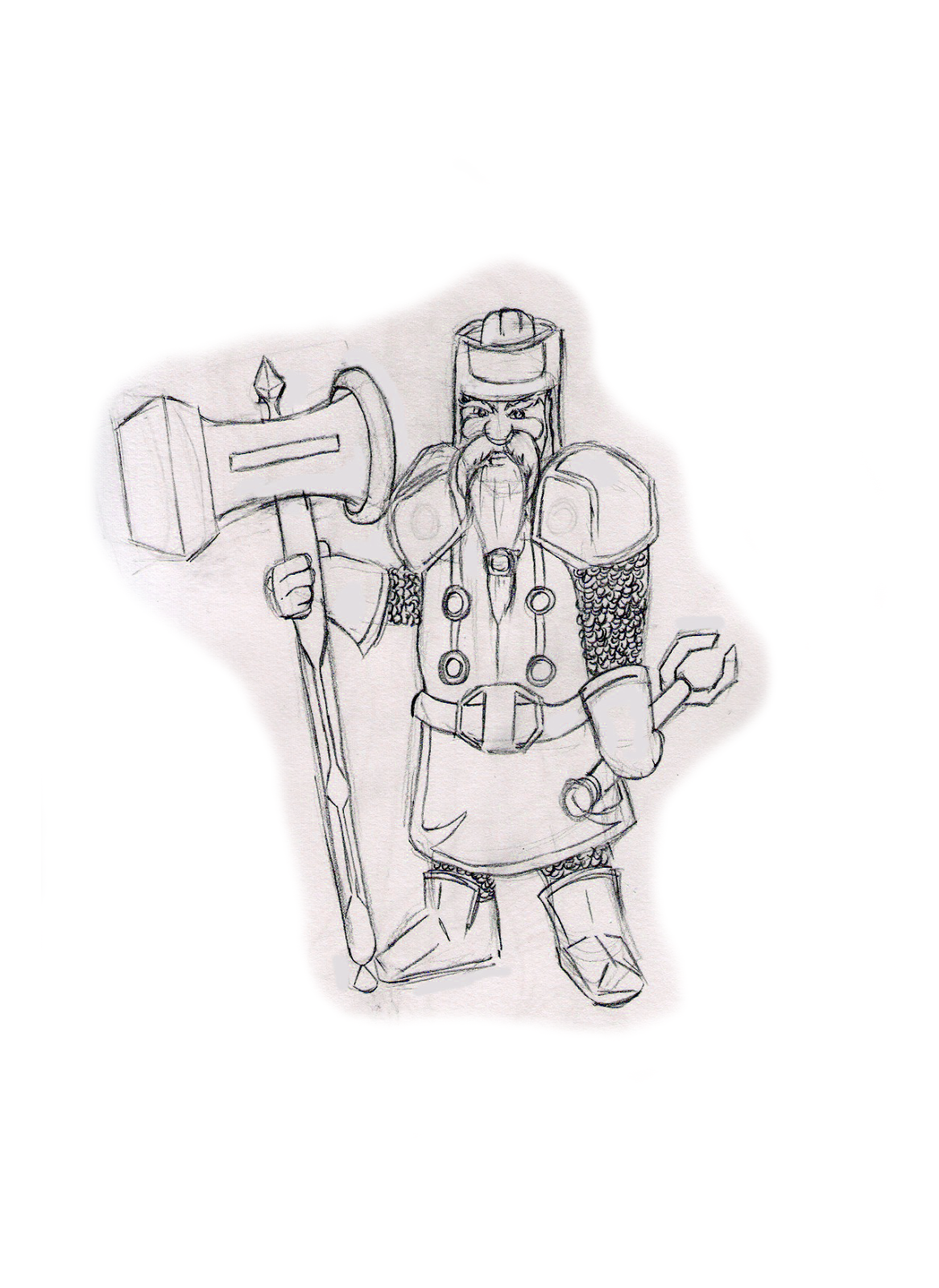 Ranged Minion - Caster, blueprint scroll on their back 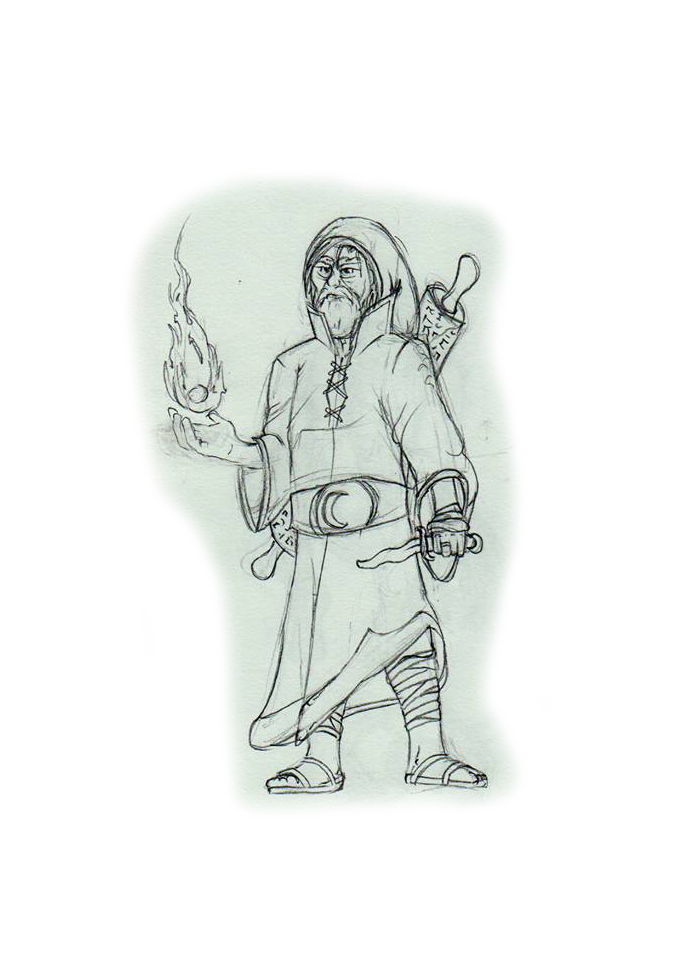