The critically acclaimed Skyrim receives a huge graphics overhaul in the form of official Special Edition. While it does not make the game as stunning as some of the HD mods made for the original Skyrim, it really is a long overdue update that finally arrived, enhancing visuals and seamlessly integrating mod support into the core of the game.

That also means mods for the console releases of the game are now available. Unfortunately, it seems like mods for the PS4 version of Skyrim are severely limited (in both their scope and size) and those for Xbox One cannot be as robust as their PC equivalents either so developers of crossplatform modifications may have to take that into account - modding support for consoles is not even half as good as advertised a few months prior.

The Bethesda.net Launcher now supports the Creation Kit editor for Skyrim SE, and quite frankly, as a downside, forces modders to have it installed in case you want to make any kind of fully compatible* add-ons or mods for Skyrim SE or at least edit and test them. Also, it is not possible to enable data files in the game launcher anymore. To download mods, naturally, you need a registered Bethesda account and you have to be logged in. (You can still download the original editor for Skyrim using Steam tools section.) 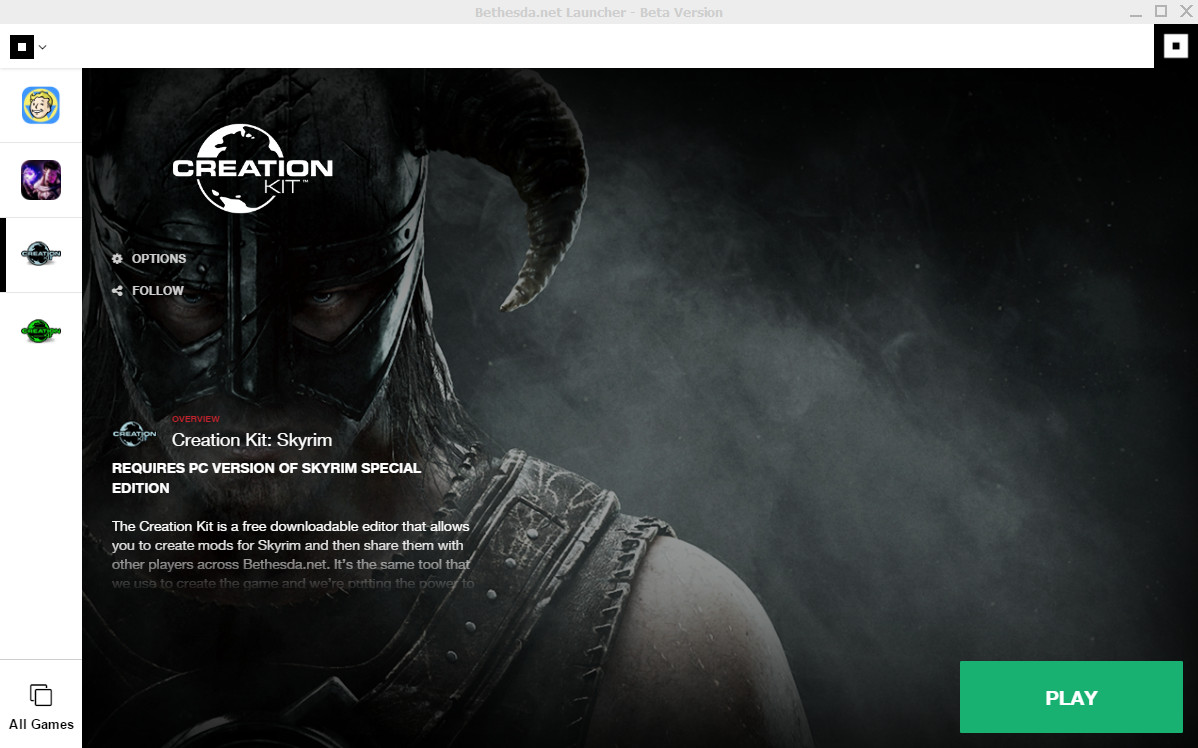 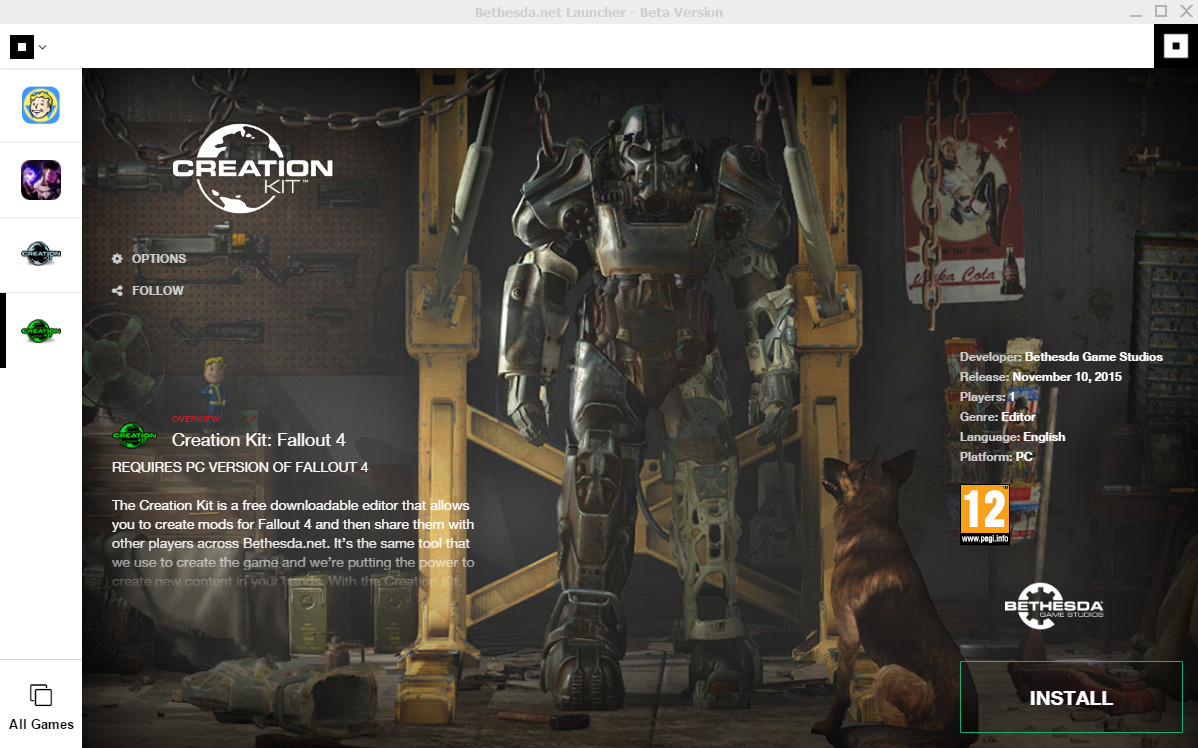 * Most of the old mods should be compatible with the Special Edition of Skyrim, and that includes vanilla savegames. The same cannot be said about modded save files for the original Skyrim, as they do not really port over to the special edition.

Are you a Skyrim PC player? Do you like to make mods? Do you want to work for us for free so that we can resell the same game twice on console? Then the Skyrim:SE Creation Kit is the toolkit for you!

I bet its getting even worse. Like they tried on Steam with paid mods i see it comming for this launcher. Its all preparing to get started... we'll see.

... They seriously removed the ability to enable mods from the launcher? wtf, now I HAVE to have/use the creation kit even though I'll never actually use it for modding?

Yeah, the ability to turn mods on in the launcher is gone, but you can enable them in the in-game Mods menu and even skip logging in. The game reloads them right in-game too.

lol1234 wrote: wtf, now I HAVE to have/use the creation kit even though I'll never actually use it for modding?

No, no need to install the creation kit to run mods from within the game. Oh, and just rechecked, SE Creation Kit runs fine without the Bethesda launcher on.

I am not liking this development direction.
It would have been better if they used ther resources on creating a new game and not selling the old one once more.
After launching SE, I have to agree that mods do their job better that the developer did. Sad.

Bethesda has become increasingly toxic and controlling with each new game release after Oblivion/FO3 and I suspect that this may finally be a breaking point for a lot of people. Why another developer hasn't released a decent first-person RPG in all this time and allowed Bethesda to have a monopoly in the field is a mystery to me. Since Howard obviously intends to keep hawking the decrepit Gamebryo engine forever, I think I can safely say that a smart first-person RPG made on a modern engine would absolutely crush them by default. On the other hand, if Bethesda is allowed to continue unopposed in this genre then their abusive policies toward gamers will only get more obnoxious.