Inside you will find a guide explaining our Skullduggery card set within Labyrinth.

Posted by freerangegames on Dec 7th, 2016 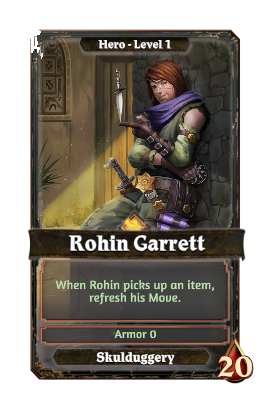 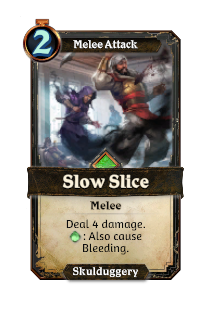 Skulduggery Heroes spend the Amp resource to enhance cards and decrease their Tick cost by 1. Some cards give Amps when played, some Amps are gained by triggering Perk cards. Slow Slice is a Rare Attack card that has average efficiency at 2 Ticks for 4 damage, but when Amped it only costs 1 Tick to deal 4 damage AND cause Bleeding (1 Piercing damage each of the next 5 Ticks). 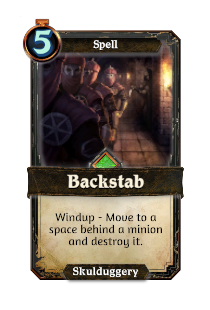 Backstab is a Rare Spell card that functions like an Attack except that it can’t be blocked. Its Windup leaves the Skulduggery Hero exposed to attack for 5 Ticks during which a Boss can cancel Backstab using cards like the Caster card Annul, but if the Windup finishes Backstab fells even the mightiest Minion in one shot from anywhere on the map. 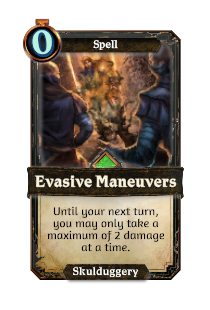 Skulduggery Heroes have many Spell cards that they can play instantly with no Tick cost. Some instant cards augment the next card played that turn. Others like the Rare Spell card Evasive Maneuvers allow the Hero to play a card with a high Tick cost despite lurking danger. For instance, Evasive Maneuvers can protect a hero during the Windup of Backstab. 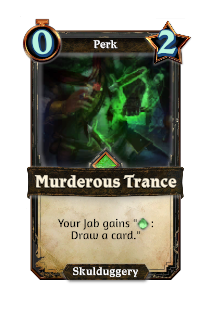 Murderous Trance is a Rare Perk card that gives the Skulduggery Hero more options when they gain Amps and Jab Attack cards in their deck. Because Jab only costs 1 Tick, when it is Amped it becomes an instant 0 Tick card, so Murderous Trance means that the Hero draws another card to their hand for play immediately after the Jab on the same turn. 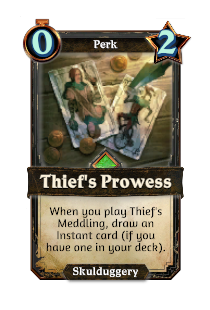 Thief’s Prowess is a Rare Perk card that gives Skulduggery Heroes more options the turn after they play Thief’s Meddling, which is itself a versatile card offering either an attack on an enemy or automatic destruction of a Structure. With Thief’s Prowess, the Hero knows that the following turn they will have a card like Evasive Maneuvers in hand to plot their actions after Thief’s Meddling. 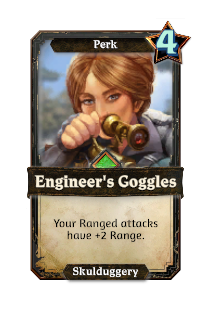 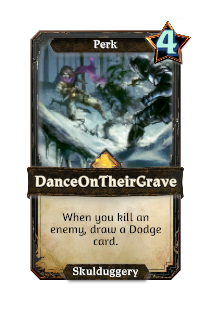 The Legendary Perk card Dance on Their Grave can protect even the most reckless Skulduggery Hero. Skulduggery Heroes excel at killing off weakened enemies, often using a 1 Tick Attack card played instantly for 0 Ticks by spending an Amp. With the Dance on Their Grave Perk, the Hero can then play Dodge immediately before their next action, preventing the next attack against them.