A MASSIVE increase in features and quality coming up right before the Early Access release on Steam!

We have a bit bigger update to share with you guys today, as what we are currently working on will be a MASSIVE increase in features and quality compared to our demo version, that some of you may played at the latest Steam festival! Features described below will “round up” the core loop and extend the playtime tremendously(!), as well as touch on improving almost every part of the game.

Note: To give you a better sneak peek of what's coming, we're showing some Work In Progress GIFs that is mostly using placeholder design and UI – these are not final designs yet :D 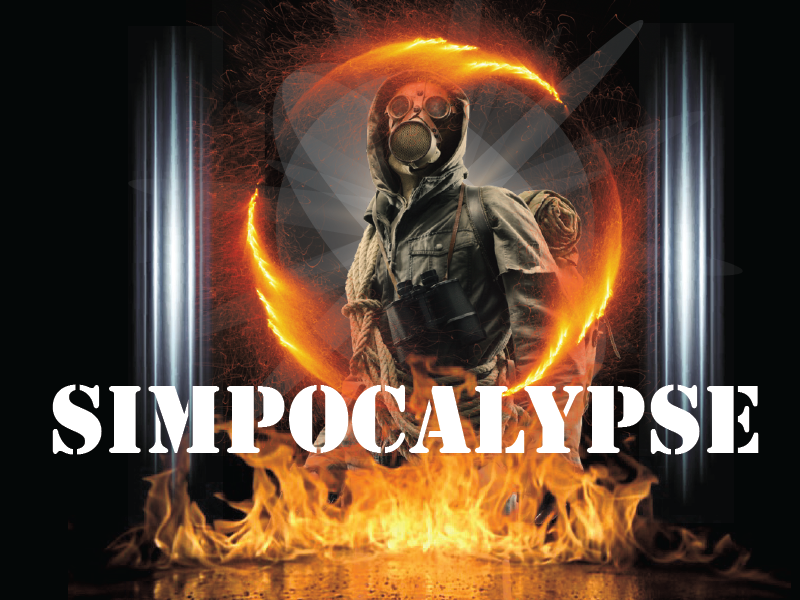 I'm adding a short description about the game, for those not familiar with it yet:
''Simpocalypse is a post-apocalyptic civilization simulator game, where you manage your settlement to become a global leader!''


Now, without further ado, let's get started :)
1) How you play, determines how the game progresses

We are adding 3 extra core stats, that will be determined by your style of play
→ With a focus on Military, Economic, or Diplomatic.

Those will determine how enemy territories react to your expansions via military or economy, and Diplomacy will sort of help balance things out → i.e. if you focus on attacking, enemy territory power will scale faster, but if your diplomacy is higher, that effect will be somewhat negated.

*New stats will not be introduced immediately, but when you first reach the World map (or even more gradually).


2) Meta shifts and automation to help you conquer the world

*Work-in-progress: graphics are not final here :)

We are adding a “colony feature”, which will essentially allow you to expand in other ways than just attacking territories -> you will be able to place these colonies anywhere in the World grid, and they will passively (idle) try to conquer and expand to regions around them. How well they do will depend on region distance, and have a chance to fail, so you'll have to be strategic in using them.


3) Conquering continents is the first step to World Domination!

*WIP - graphics are not final

Conquering a continent will not just be a huge achievement (pun intended :D), but it will also present you with gameplay-changing choices. With each continent conquer you will get a roll of various massive bonuses, and be able to choose one. These bonuses will stick with you throughout the game, and will give unique civilization-changing rewards, for example: Immunity from earthquakes, vastly increased combat experience gain, or River engineering, which will expand all-natural water sources!

These big shifts in how you play from that point on will give a ton of replayability and speedrunning value to anyone who enjoys maxing out their plays to perfection!

5) Lots of other cool updates, QoL stuff, and other game polishing and improvements are coming out in the Early Acces version on Steam soon!

Make sure to stay on track with the game, by adding it to your wishlist:
Store.steampowered.com

Feel free to jump in our Discord server, where you may get more insights from within the game, and check the latest WIP stuff: