Post news RSS Simmons on ONE STEP FROM BETA 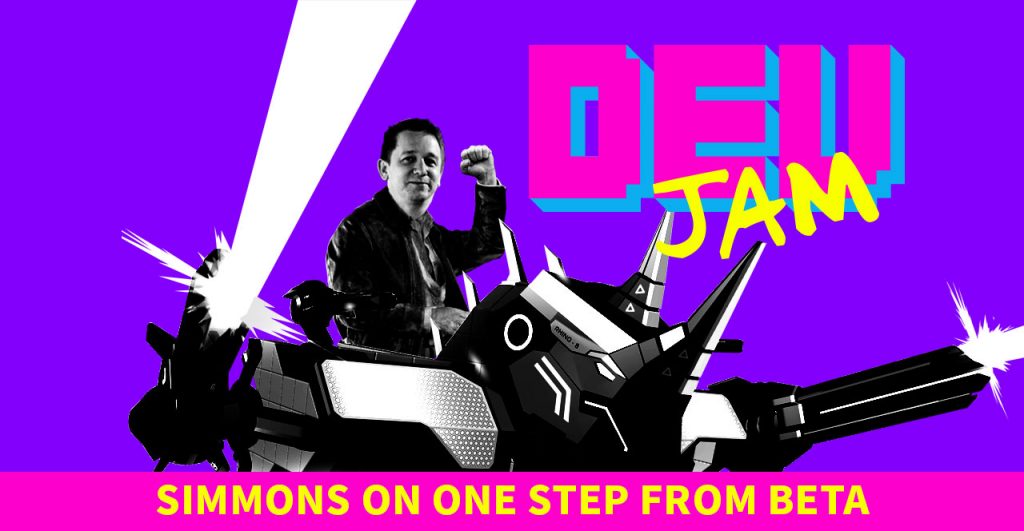 TDM IS STAYING
In the last Dev Jam we talked about our ideas to have 5 final core game modes for Robocraft by having unranked Battle Arena, Ranked Battle Arena, Custom Games, BRAWL and AI Bots mode. This left out Team Deathmatch (TDM); which led to lots of you reaching out to us asking that we kept it in-game.

After much deliberation, taking a detailed look at our internal metrics for just how popular TDM is (yes it's very popular!) and plenty of feedback from the Robocraft community we have decided to keep Team Deathmatch as a permanent game mode option going forward. Team Deathmatch is staying for good, and we’ll be adding more maps to it very soon as well.

The final game mode roster will be as follows:

Why rename TDM and BA to ‘BASIC’ and ‘NORMAL’ you ask? The reason is that we are focusing on finally coming out of ALPHA and entering BETA in a few weeks time with the release of a totally reworked and upgraded main Battle Arena game mode. The new BA has been designed to deliver the de facto full deep Robocraft game experience with the other game modes offering fun variety around that ‘Normal’ core; with Team Deathmatch offering a more basic rule set focused around just kills it seemed apt that we call TDM ‘Basic Mode’ with new BA being called ‘Normal Mode’ with BRAWL, Play Vs. AI and Custom Games being self-explanatory. 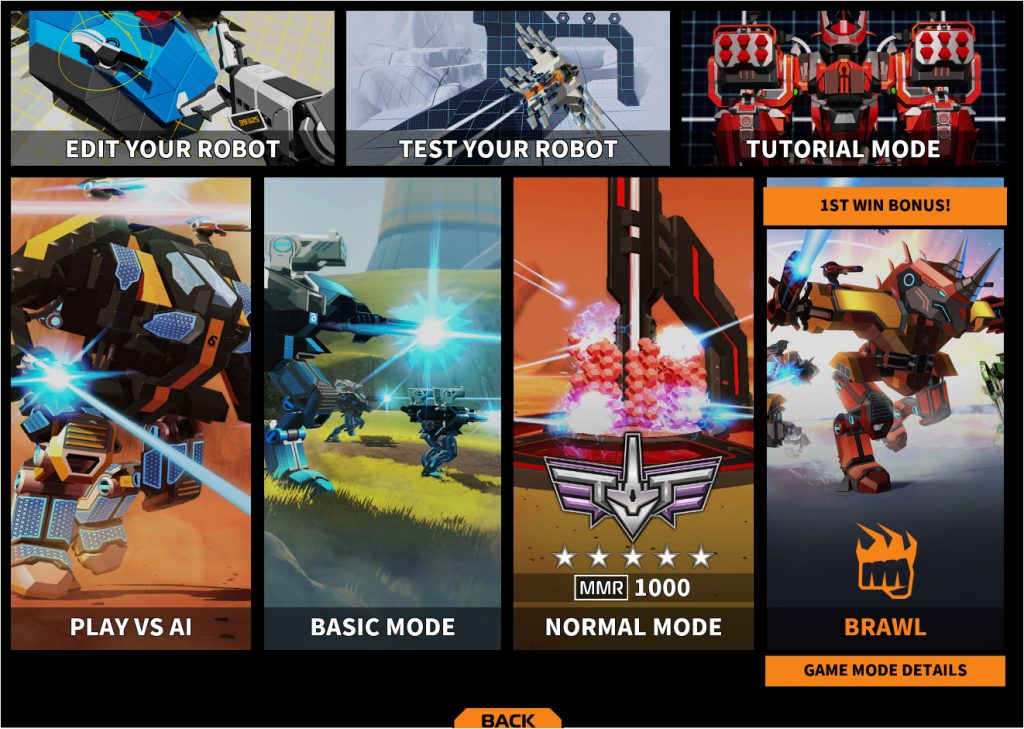 All these changes, apart from adding Custom Play will be made in the ELO update coming later this week if internal testing continues to go well. We know lots of you want Custom Play and it is in active development; we just don’t know when it’ll be ready for release yet.

ELO = MMR
This we will launch the new matchmaking system. The matchmaking will use a standard ELO system with your ELO rating being refered as your MMR within the game (standing for ‘Match-making rating).

All players will have two account-level MMR values:

The ‘All Mode MMR’ will update whenever you play any multiplayer game modes including Basic, Normal, BRAWL, etc. and will be used to matchmake players by skill. From this week's launch onwards, new players learning the game will be playing against others of similar skill, and likewise those experienced players who are pros at Robocraft will be playing with similarly high skilled players. Hopefully this will ensure that everyone will be enjoying the game more overall.

The ‘Normal MMR’ will only update when you play the main Robocraft game mode ‘Normal Mode’ (aka BA, soon to be BA2.0). This means that Battle Arena and League are being merged with this launch as their matchmaking is upgraded. By merging the two, we ensure that the maximum number of players are in the queue at the same time allowing for the best possible quality of match-making; when using ELO this is important.

In Normal Mode (BA) the MMRs are displayed on the match loading screen and the team’s total MMR is also shown, so you can see that you are being fairly match-made.

NB: The 'All Mode MMR' is not visible to players and is updated when any mode is played; however it is not used for matchmaking in 'Normal Mode' (as the 'Normal MMR' is used in this mode only).

MMR GAINS/LOSSES
Your MMR will rise if your team wins, and will fall if your team loses. The amount that your MMR will rise or fall will depend on the difference between the average MMR of the two teams. If you beat a team with a higher MMR than your team’s, your MMR will grow faster. If you beat a team which has a lower MMR than yours then you will gain less MMR, but you will still gain rating. The amount you gain or lose is based on a well known ELO formula invented by Arpad Elo, a Hungarian born american physics professor - En.wikipedia.org

LEAGUE AND SEASONS
The League Badges available for you to Forge and the League screen will be changed to reflect your current Normal MMR. Ratings above 2500 will correspond to 1 star Protonium, MMRs at 2,900+ corresponds to 5 star Protonium. This means you will see your MMR moving up and down with each Victory and Loss, but you will not necessarily gain or lose a star.

At the end of each Season all players who have greater than 2,500 MMR will be reset to 2,500, so reaching 5 star Protonium will become much more difficult. This is all part of laying the foundations of ‘Clan Seasons’ which will operate around the Normal Mode MMR scheme and the Seasons and will show the top competitive Clan each season in an overall Clan leaderboard when it finally launches later this year.

We’re really excited to be releasing these changes as we build up to our BETA release and finally the release of BA 2.0 which will be coming very soon. We'll share more details on these changes in the coming weeks.