Meteor, planes, budgets and tweets. A lot of new great features to discover in this new 0.27 release !

Hello mayors ! We’re happy to release this new version of Silicon City, 0.27 . We worked on many improvements to make the game easier to play.

We did also a lot of work to prepare the next version we will release next month : the “Abondance” update. This version will bring a lot of very exciting new features, such as the Story mode for beginners and advanced players to understand better the game mechanics. Other features and more missions will be added too.

We improved the readability of the Population interface. The window is smaller and contains less data. It’s a new small step towards the UI of tomorrow! 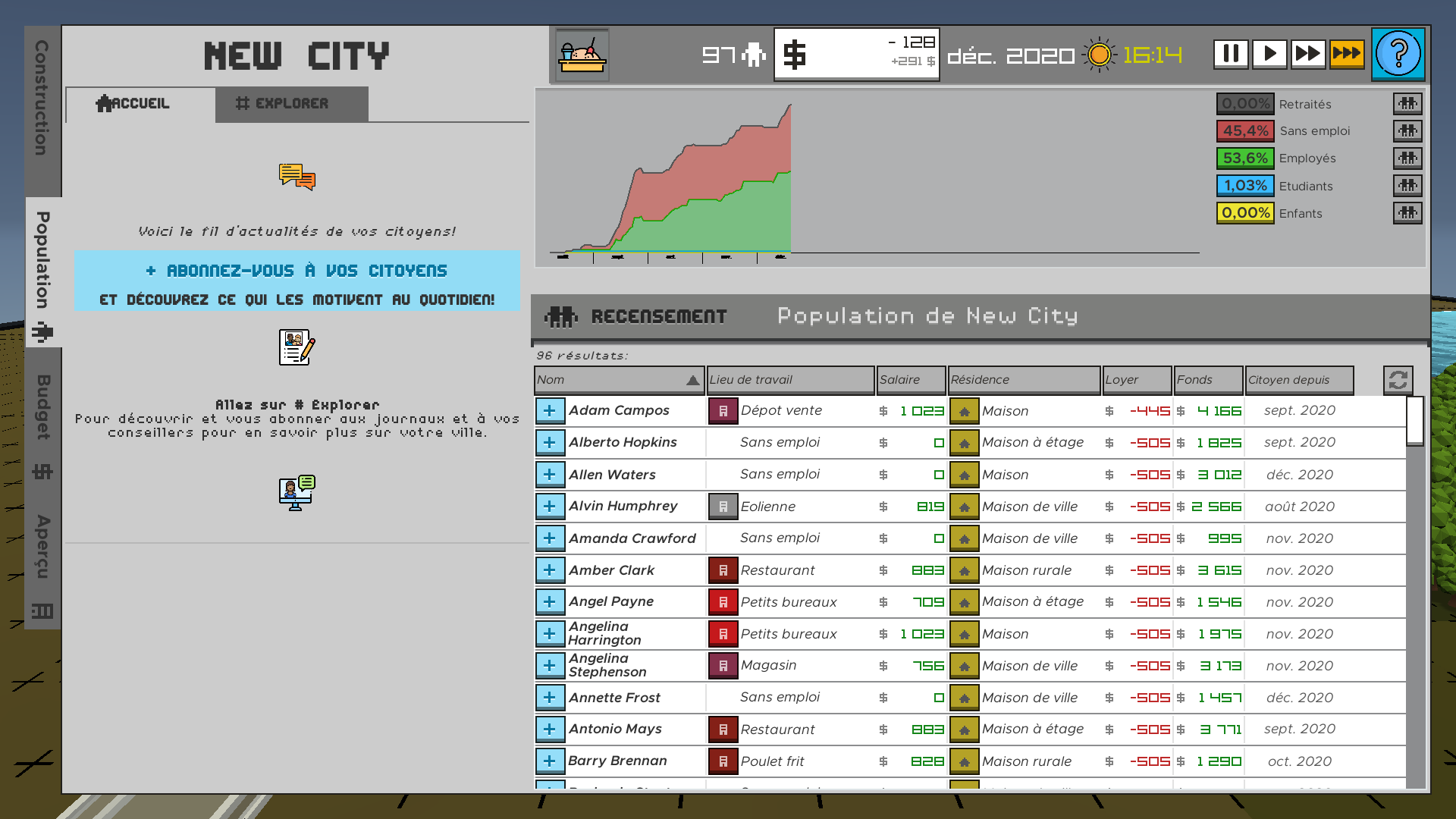 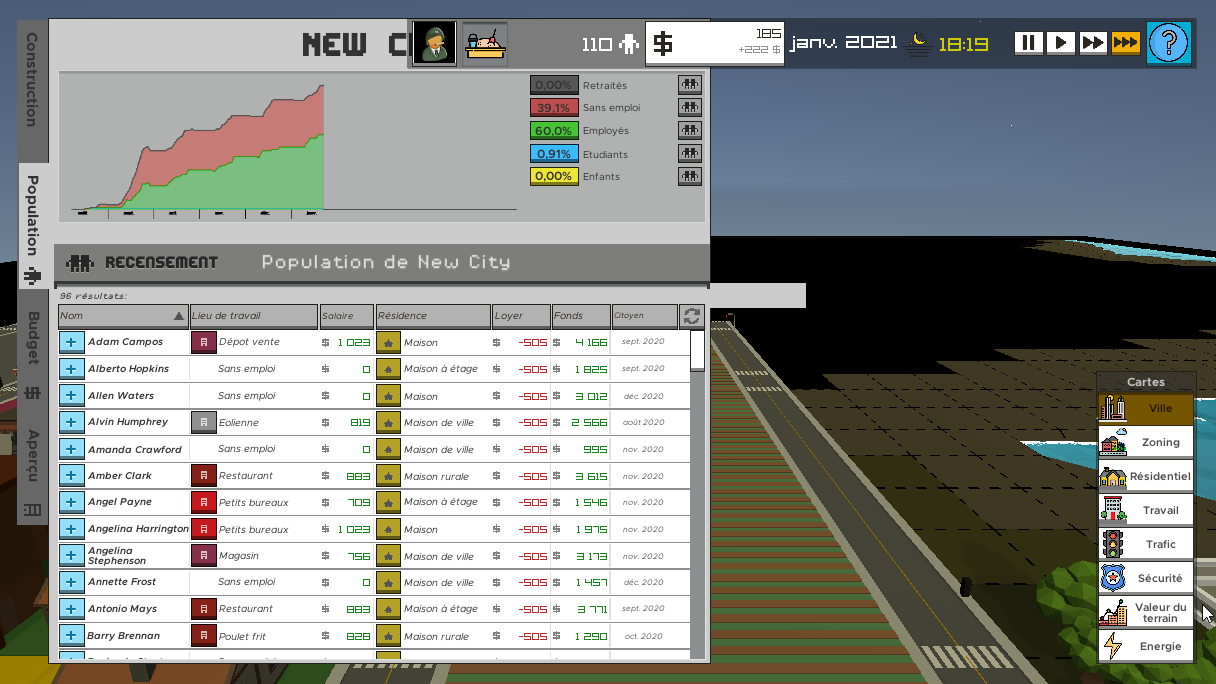 Tweets are longer displayed from the main population interface but contextually when a Silizen is selected. 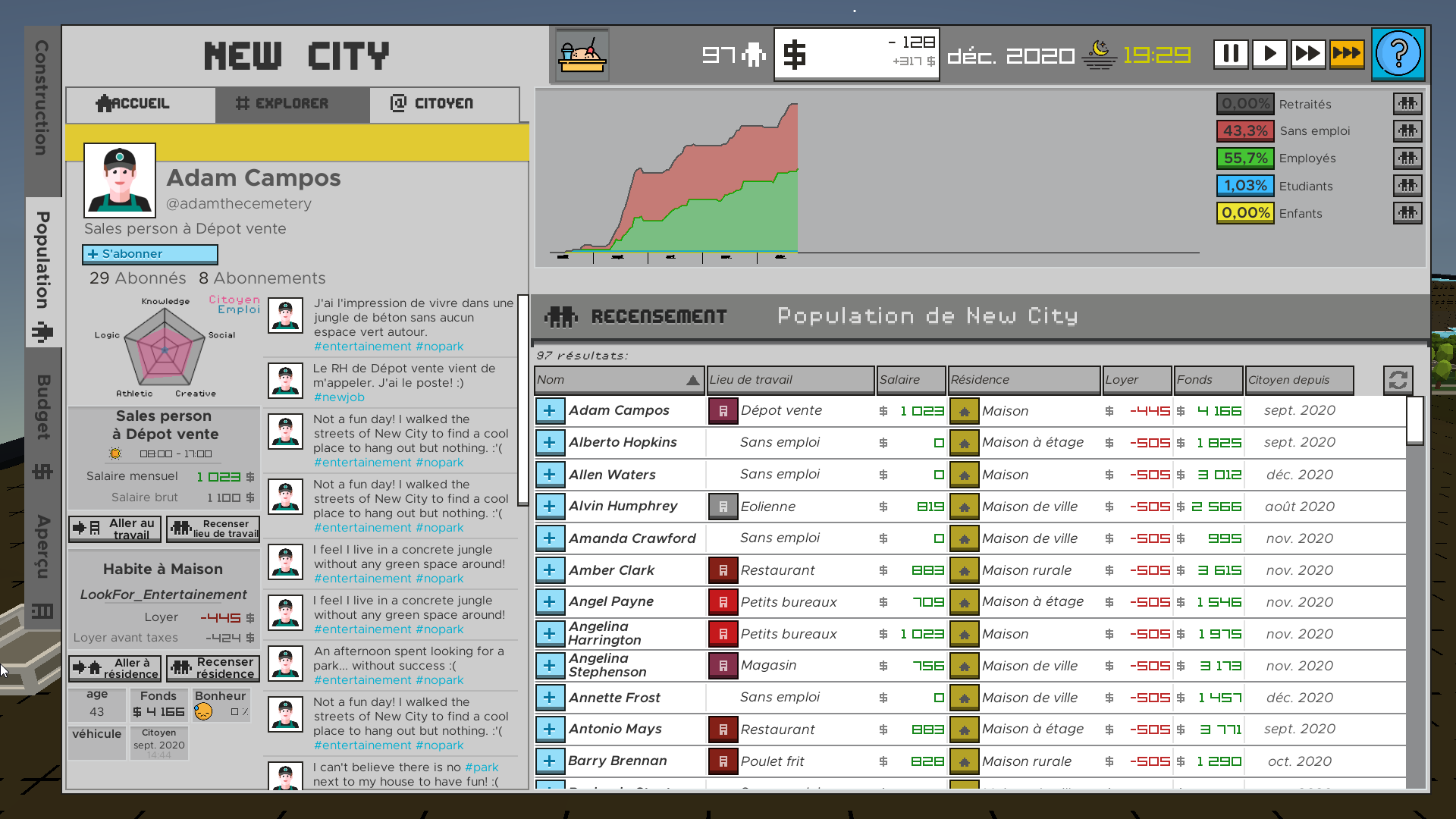 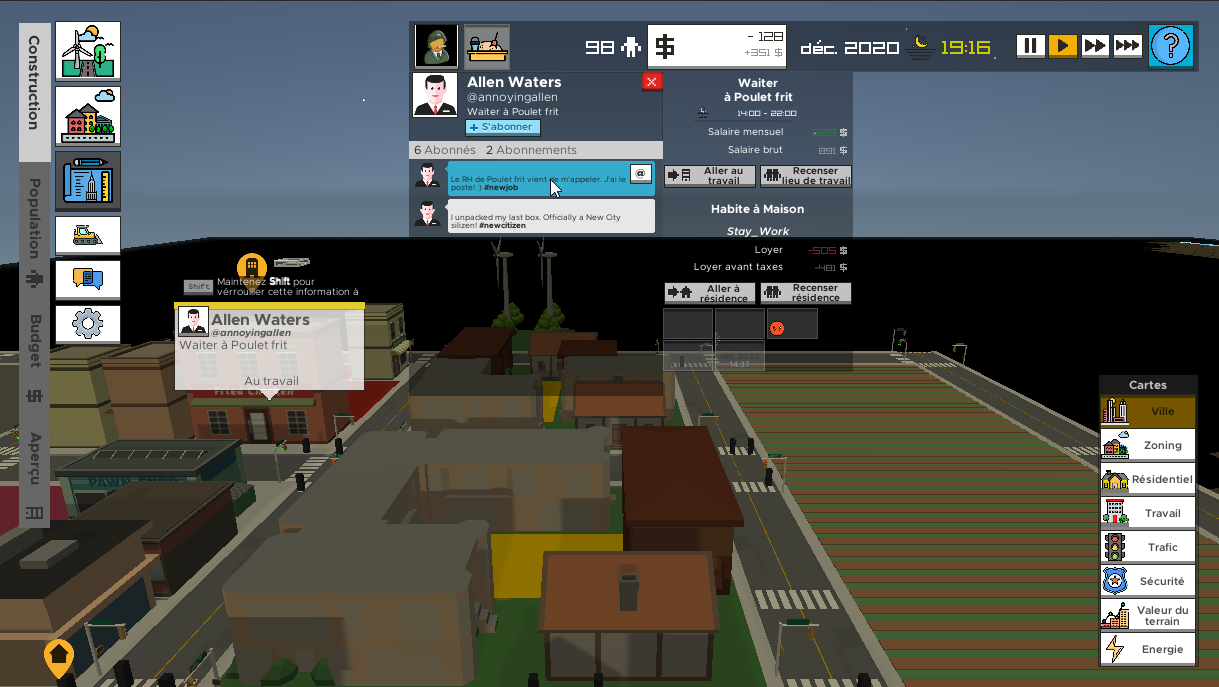 LOOK UP IN THE SKY !

Planes are now randomly flying across the sky above your city. Look how cute they look!

You can now manage the budget of the different public departments of your city. Increasing them will make the related jobs more attractive and will ensure your city will be more protected. In the other hand, lowering them will save your money to build new infrastructure. It's up to you !

THIS IS THE END OF THE WORLD !

Are you ready to manage danger and crisis in your city ? With this new update, big fires can start and potentially a very huge rock coming from space could crash into your city. As soon as something big happens in your city, the local news will cover the event.

We implemented the natural disaster engine in the game. The meteor is the first one of a surprising list of disasters that could happen to your city. Who said mayor life’s easy?

We redesigned the map generator with a more realistic and more efficient random generator.
We also increased the map size possibilities from 32x32 (extra small) to 256x256 (big).
You can now generate up to 17,592,186,044,416 different map so… it will be a huge challenge to play them all ;)

- A lot of translation issues have been fixed
- The game do not pause anymore when a fire starts
- The water disappears as well as the ground when the distance is too far
- Silizens who where looking for a job were not visible when the Work map layer was enabled
- Game is not resumed anymore when the objective window is closed (if the game was paused before)
- The second objective do not validate anymore before the road are really constructed
- The Silizens were not able to go home correctly. This is now fixed.
- ”Too many height contraint” error message is no longer appearing