The cross-server contest expected by all the Siegelord players for a long time is about to begin finally.

Each week, Siegelord would update something new to make itself different from other SLG. Are there any excited news this time? Yeah, the cross-server contest expected by all the Siegelord players for a long time is about to begin finally. 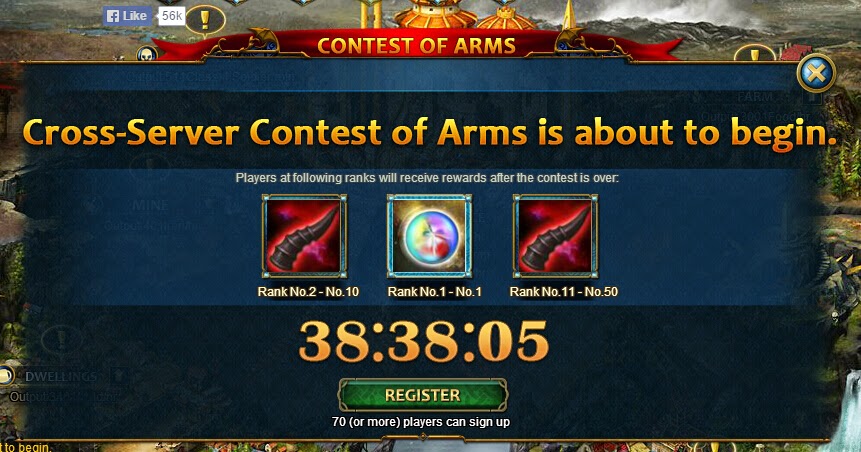 Please allow us to communicate this point in a Q & A way:
1. What I should do before I join the contest?Before you join the contest, you need to register first. The registration are only available from 4:00am, March.17 to 7:50pm, March.19 for who have reached LV.70 in S1-S20.
2. When the contest will begin?The contest will official start from Mar.19th to Mar.21st during 8:00pm to 12:00pm.
3. What is the contest property?This contest is individual battle against players in other servers.
4. How many times that each player can join the contest?During the contest, each players can fight for 5 times each day.
5.What can i receive after each battle concluded?Before the battle begin, you need to select a stake and you can also raise the stake using diamonds. After each battle concluded, every player can receive the voucher equal to the stake amount.
6.How can I use the voucher?You can use vouchers to exchange senior resources in voucher store which can’t be acquired in other ways.
7.Are there any other ways to get vouchers?Except joining the battles of this contest, you can also get vouchers via merit chest, ancient ruins and other recharge rewards.
8.What determines the last victory of the whole contest?After each battle, you will be given a rank which will be refreshed in real time. You will be awarded according to your last rank.
9.What rewards will be given out?No.1: Threefold Crystal*1 No.2-No.10: Black Claw of highest stats*1 No.11-No.50: Black Claw of random stats*1
Now, you are quite clear about the contest details, aren’t you? Come to join the exciting cross-server contest right now: 37.com