Collaboration with the Ancient-Shivan War Team has lead to another encouraging result: an improved (still WIP) version of the Shivan installation Arachnas. News updated on September 26th, 2010. Scroll down to find screenshots showing the completed model.

The SI Arachnas, a Shivan installation, is currently being upgraded! Starting with a mesh created by the Polish modeller Moonred, FreeSpaceFreak from the Ancient-Shivan War Team has mapped the WIP version of the Arachnas. Turrets and subsystems still need to be added.

This is so far the most encouraging result of the collaboration between INF and ASW. If you have FreeSpace 2, check out the ASW forums, website and Act 1 release! 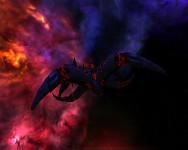 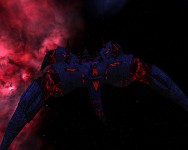 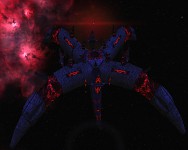 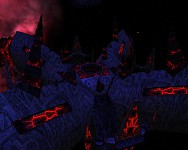 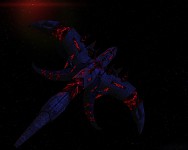 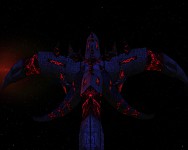 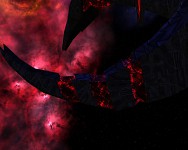 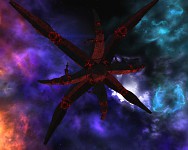 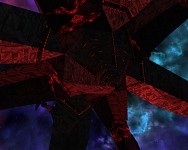 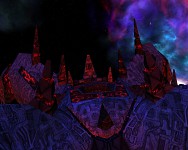 September 26, 2010 Update
The model is complete, and now armed with 24 deadly turrets. 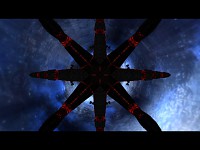 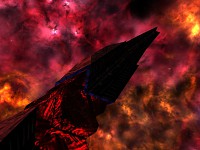 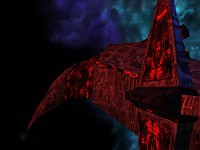 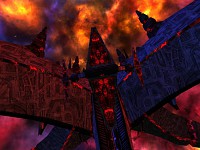 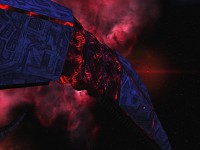 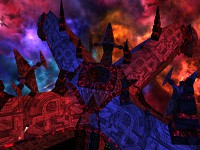 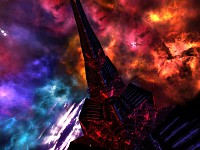 Its freaky, spiderlike design makes it as menacing as any Shivan ship should be. Congrats to FSF for the upgrade.

The original mesh is Moonred's work, FSF is kindly mapping it. Kudos go to both of them.