We got new control system for our action survival game! Here's a brief explanation about why and how we've done it...

Intro:
Today I want to talk a bit about controls,
We just finished implementing the new character control system and I'd like to give you a short rundown of our train of thought:

First of all we're making a PC game that is action based so we need to know what those actions are:

To do all of these actions without having a target (no selecting the enemy with the mouse or TAB) we assigned a key to each function while trying not to overwhelm the player with tons of Keys.

So here's what we've done:
You have an "action bar" where you can assign items to the keys from 1 to 9, this way you can equip different weapons and consumables from this bar.
We assigned two mutation abilities to keys Q and E (chest and head) and the other two were assigned to their respective action:
Leg mutations are a modification ofmove actions (Crouch - Ctrl, Sprint - Shift or Jump - Space) so they'll activate when you use one of these movement keys;
finally the Arms Mutation is assigned to same key as your attacks and tool uses, the Left Click. As using the mouse click to useanything in your hand is pretty intuitive, it seemed only natural that the same button will be used to fire your arms mutation, since it’s the most “active” kind of mutation.

Them Moves:
1.To move around you'll use the WASD keys and aim with the mouse. But this is trickier than it sounds if you want to feel that you can attack in any direction at any time and still pay attention to your surroundings…

So this is what we came up with:
You can move in the direction you press, turning the character to that direction while the camera can be aiming
anywhere else. This way you can be looking behind you while the character runs towards the camera; Or run Left, Right, Front and Back always focusing on the same spot.
This is handy for killing minions while dodging arrows, etc. 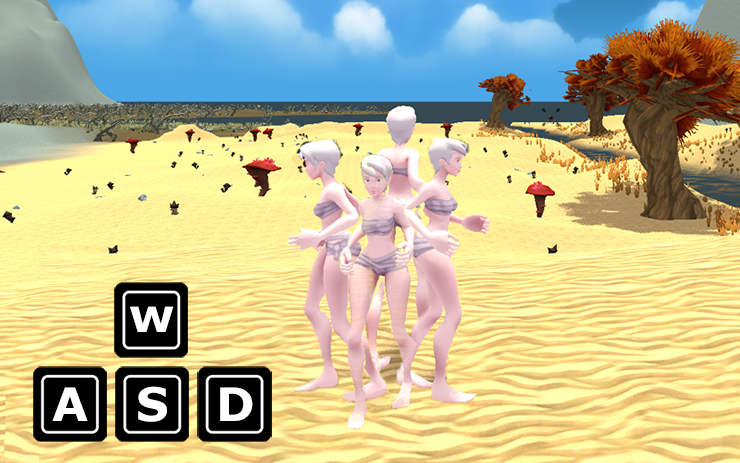 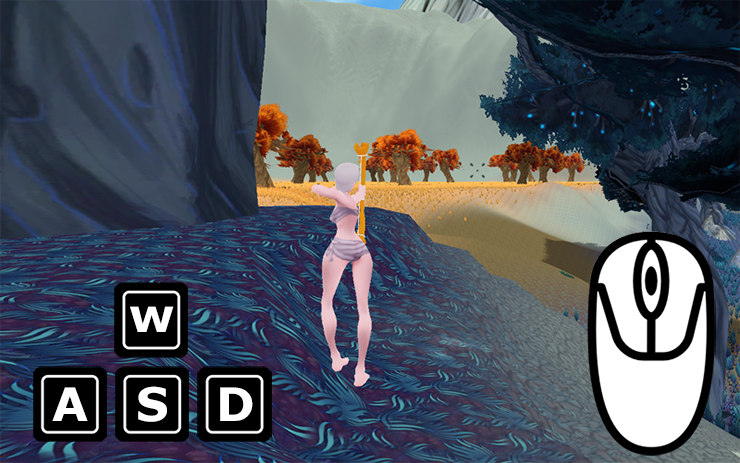 With all this you can run around attacking, using tools and mutations, either where the character is facing or where the camera is pointing aiming, giving you a completely free and natural action control system.

Hope you guys liked where we’re going with this.
Join us for more information and discussion on the game!
Keep surviving!