Some content that I've been working on for Bloody Gunslingers.

For the characters in the game we're using Spriter by BrashMonkey which makes it really easy to build and animate the different characters. Using bones and parts is a very effective way to be able to combine different parts into unique characters. Here's a few examples of different head parts that I've made. 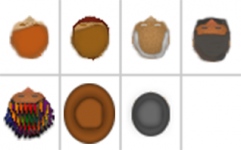 Here they're combined with a few other parts. Spriters character map function makes it easy to control which parts gets added to which bone directly from code, and I can still use the same animation file for all characters that share the same base body.

Bonus pic: a first version of a locomotive on some tracks. In-game we'll add particle effects to get a lot of smoke coming from the smoke stack. Should get a nice feeling to it. 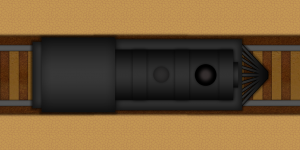