Short story about Rencouter. From the beginning to the present day.

We worked for a small mobile game development company.

And before winter holidays we decided to try to make our own game, PvP online game with a very simple mechanics, so that people could play comfortably regardless of the devices. After working a bit on holidays, we became more confident in the desire to make something special but since we had no money for living expenses, we decided to work till June, to save up some money and gradually start doing the first prototype.

On June 1 both of us resigned from the job. By this time we had the working prototype.

The initial idea was as follows: players can fight with each other or to AI, receive levels and buy equipment. Opponents exposed two special sliders which specified the zone of protection and the zone of attack, and then, depending on equipment, character stats and the positions of these sliders, the result was calculated. Then everything repeated again till one of the characters did not lose the consciousness.

Further we planned to expand all of this to group fights, to add special abilities to the game, etc. 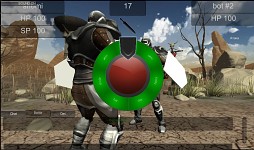 After testing the prototype and showing it to our friends, we decided to make something greater.

Since about July 1 we started experimenting with graphics, mechanics of fights, interfaces and network interaction of players. 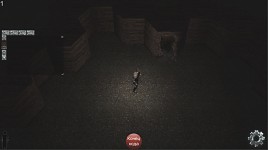 Eventually we decided to make a turn-based online roguelike with the dungeons, which are randomly generating once in several days, and the free PvP. And when by the end of September we had the working prototype again, we began to doubt. Dendrite caves simply turned into a chain of rooms. The fighting system and the graphics should have been reconsidered.

At the end of October came some kind of stagnation.

During this period I decided to make the game called “OK! A drain.”, which was my own reconsideration of arkanoid similar games. I have been working at it for almost 12 days without a break for a sleep, but after the release of a demoversion I returned to Rencounter.

The work went somehow slowly; we did not really knew what we wanted. 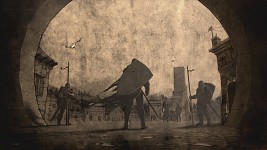 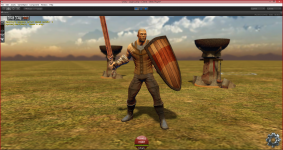 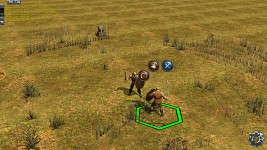 In December we came across the event with a quite pretentious name “Game development world championship 2013” and decided to participate in it, hoping to win Unity3d Pro.

The work at the project progressed more rapidly, the interface and mechanics of fight were completely remade, new items and locations were added.

We made the online version with the opportunity to play in a cooperative (a series of rooms with the boss at the end) as well as in PvP fights (3 on 3). 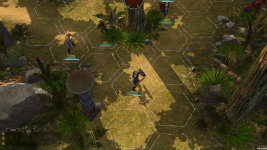 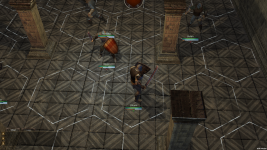 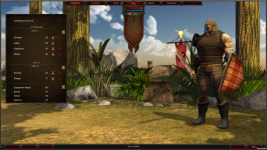 Unfortunately, we didn’t win a prize at the competition, but the participation gave us a huge boost.

We spend the winter improving the competitive version of the game. Soon we realised that we didn’t have enough time before we had run out of money to lead the online version to a desirable look. So we started to work at the single player version.

At the beginning of April we release the web version of the game on Kongregate, expecting to get a feedback. The fact that there were people, who liked our game, inspired us very much. And then we continue developing it, taking into consideration user reviews.

In passing prepared it for mobile devices.

At the end of April we participated in “Games Jam: Gamm” and made the game Stazis in a week.

In July the free Rencounter version for Android was released.

By that time the has been greatly improved, but was far from the one we wanted to become in the end.

We almost ran out of money and decided to release the paid version of the game for iOS and Android.

In August we had to apply for a job. Meanwhile we were making one more game Zealot (based on Stazis) for "Games Jam 2014".

Quite recently some person wrote to me and suggested to put the game in Steam Greenlight to get support and feedback. And here we are.