It's been 2 weeks now since GraviNULL started, the mod has progressed boatloads since then, check out to see what's new!

Hey watchers and everyone else reading this, It's been 2 weeks now since GraviNULL started and the progress since then has been amazing.

It feels more like 2 months ago rather then 2 weeks for me, I originally came up with the simple idea of using the gravity gun to fight and move around in zero gravity, since then it's become one heck of a mod to play and the first open alpha release is getting closer and closer.

For those new to the mod, here's a quick summary what it's about:

In short, you grapple onto mines, get close and aim at them to go into the standard gravity gun grab mode, then use left mouse to punt mines to charge them with enough power to become lethal.

Find it hard to picture all that in your mind? Well here's a shocking gameplay video!


For those who seen the previous video's as you can see a lot of progress has been made since the first video where you could only grapple mines and the map was just a round room with dev textures.

Those aren't all the changes, but they are the most significant ones.

To conclude this newspost, here's some new screenshots of the updated two maps and one of the new maps. 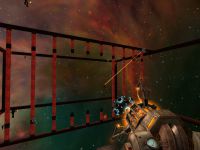 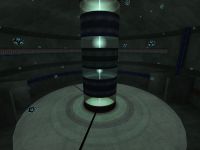 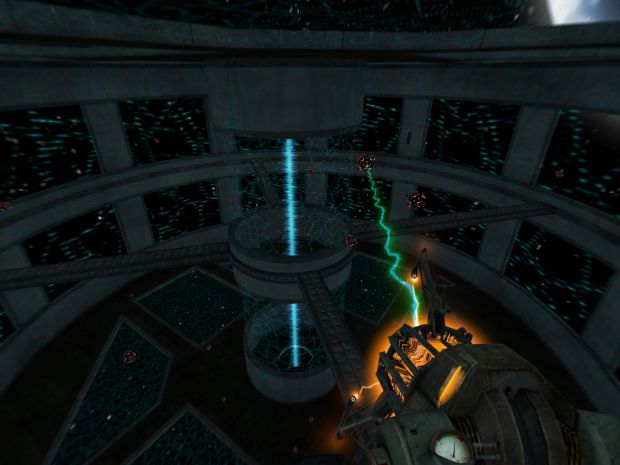 The mod's first open alpha release is getting closer, however progress will be somewhat slower in the coming days because I will be starting at my new school. It's mostly some tweaking to various aspects of the gameplay so it won't take too long.

When it's more or less ready I will be taking the time to grab the interest of server hosters and people that can help get the word out about the mod. Then a public open alpha release will swiftly follow with hopefully enough servers to give everyone a chance to play the mod with people.

After the first open alpha, my plans are to:

That was all for now, stay tuned and keep watching! If you aren't watching already, click the "Track now!" button to stay up to date with all the shocking updates!

I love it!
COol job guys!
Kepp it up!
(and give me alpha access lol :P)

Just wait your turn, open alpha will be out soon enough!
(Got shitloads of people to test already, so much my home hosted listen server almost explodes... well actually it just explodes their pings)

The maps are looking pretty good, and the gameplay seems to be working well, keep it up :D

always thought it would be cool if when two people grabbed a mine, you could send a shock through the grapple beam and hurt the other person.

nah, happens too often, would get annoying VERY quickly, trust me!

you guy are s***ing out updates! Always great in mods!

Man you guys are going crazy with the updates.

Indeed, progress on my side is gonna slow down a bit since I've started my new school, hopefully that won't be draining too much time... today is sure has with basically a whole day of nothing usefull and in the evening I'm getting the diploma from my previous school... a whole day fairly wasted in my opinion.

However I got FIVE mappers, so you can expect them to bring about some progress. As well as Wills from Jailbreak:Source team trying to contribute with a variety of things to fluff up the mod a bit although he's also busy with his own things.(he also intends to work on a new gravity gun model, although with his schedule I'd be very surprised if that's gonna make it into the first release).

I'm mostly the coder anyway and it's mostly some tweaking on my end and getting the mappers to finish their maps in time, so hopefully progress will continue fast enough in the following days.

More detail on the planned release is that 1 week off should be coming up in just 2 weeks(woot), same for Alt and maybe some of the other members, so the first open alpha release will probably be done around that time as some PR work is needed as well as well as ensuring enough servers will be hosted on launch.