After working on gameplay for such a long time it was refreshing to get back to some artwork and design. Over the last month I tackled the massive task of designing and drawing the HMS Fearful - Albert & Baxter's un-spaceworthy space ship, and the place where you spend most of the time in the game.

After working on gameplay for such a long time it was refreshing to get back to some artwork and design. Over the last month I tackled the massive task of designing and drawing the HMS Fearful - Albert & Baxter's un-spaceworthy space ship, and the place where you spend most of the time in the game.

I'd been delaying this because I knew what a big task it was going to be, and this meant it ended up hanging over my head for the last six months. However it turned out that thinking about the artwork was much more daunting than actually drawing it. Although it's still not quite finished, and there was a lot of code involved with the integration, finding a good look for the ship and drawing the artwork has been more straight-forward than I expected.

One of the biggest difficulties with the artwork is that the ship layout is procedurally generated, and so parts of the ship like ladders, staircases, balconies, and all the "interesting" bits needed to be aware of their surroundings and fit together. Here's just a few examples of the different ladder configurations that are possible in the game:

After drawing the artwork for the insides of the ship, I started concentrating on the bigger 'set pieces' that make the ship really feel like a crazy invention. I looked at the different shapes the ship could be generated in, and drew specific pieces that would (with a bit of programming magic) be linked up to the ship with ropes and supports. 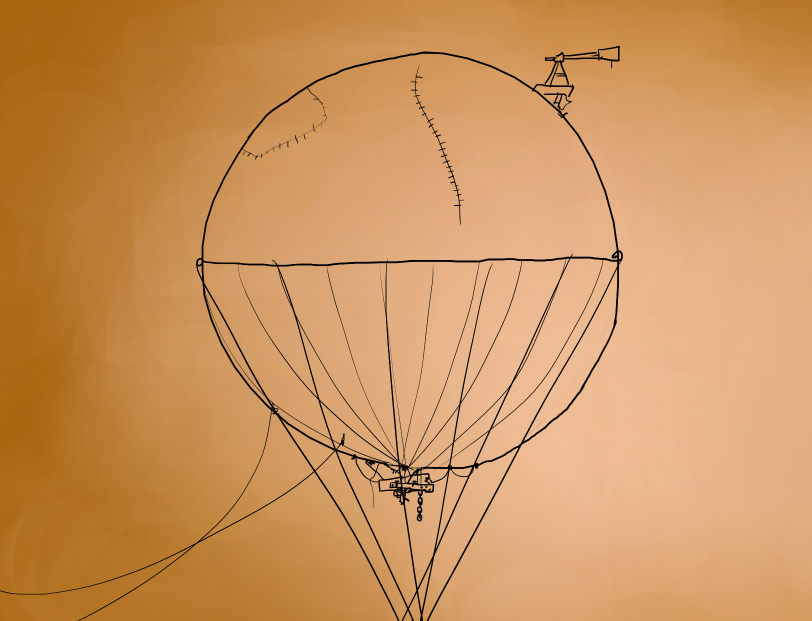 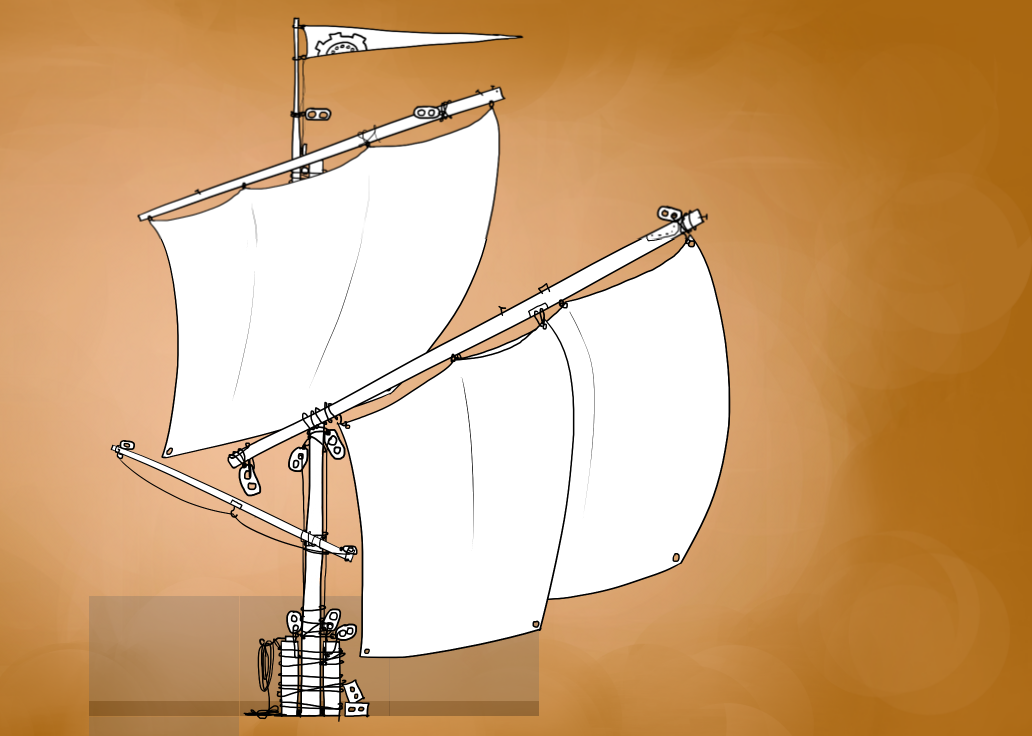 In total, the ship is generated from 87 individual pieces that are selected according to the layout and fit together to make it look as though the ship is an organic hand-built vessel. 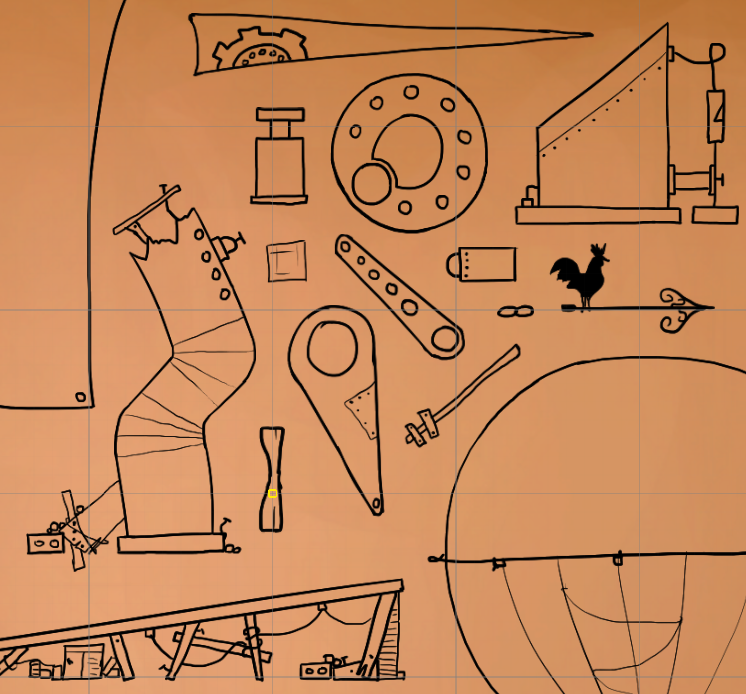 I also decided on the level transition flow, and drew the necessary artwork for it. Up to this point, I've had a cut-scene showing the HMS Fearful leaving from Earth. This is the only cutscene in the game, and it started feeling out of place. I sat down and brainstormed some ideas for keeping the level flow continuous, and I feel much happier about the new transition. The artwork is drawn, but it needs to be implemented in the game. 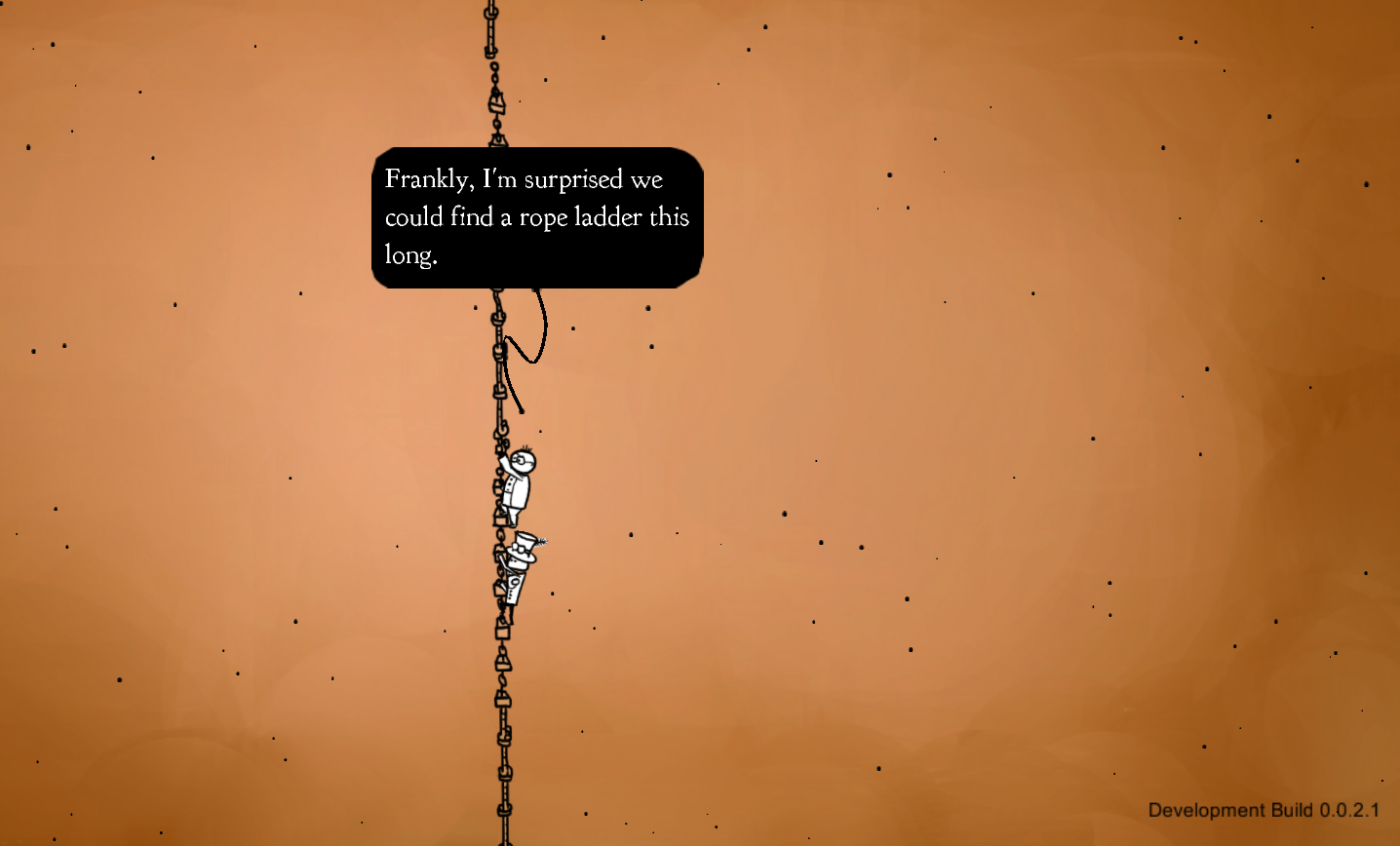 I didn't run any public playtests last month, but I did run the very first full-length playthrough! This was exciting to watch, and showed me many interesting points that I didn't pick up while testing individual puzzles. Some of the important points were the need for a save and load system; and the current lack of support for most types of input. These are both already on my list of features to implemented, but they will become more important as I start testing 39 Days to Mars with more people on a wider range of hardware.

I started work on the save & load system. This screenshot sums up the current state of this: 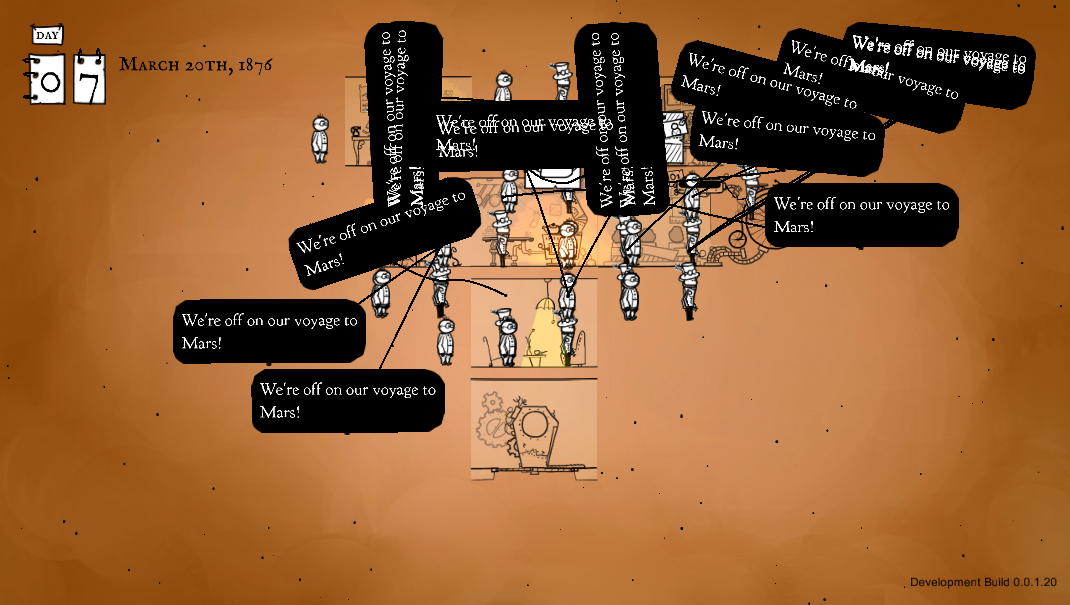 So here's the monthly snapshot of progress. The lines crossed out are tasks I completed this month.

This month, I'll implement the level transition from the introduction to the ship. I'm running another playtesting session, and finishing off the small details in the ship so that I can cross the ship artwork completely off my list.