Shattered Haven 1.013 "Shingen Entryway" is out now, adding a new cutscene and minor tweaks. New alternate endings are in development as well.

This one is mostly a couple of minor tweaks, but it does let you see one new cutscene that you could not see before.

Some clever players were able to get into the Shingen Rapid Prototyping Facility in a way that I did not expect, and then were getting stuck because that has not been created yet. So I've created the first room for that facility (at least the broad structure), and put a note in there that you can't continue in the current version of the game. But along with that, you get the new cutscene.

There are several alternate endings that are intended for happening through the Shingen Rapid Prototyping Facility, but I haven't actually implemented any of those yet for a couple of reasons. These were intended to be post-release content, but the game launched with a thud, so we had to set that aside. But also I just didn't have the perfect idea for how to make this as interesting an alternate-ending-area as I wanted. 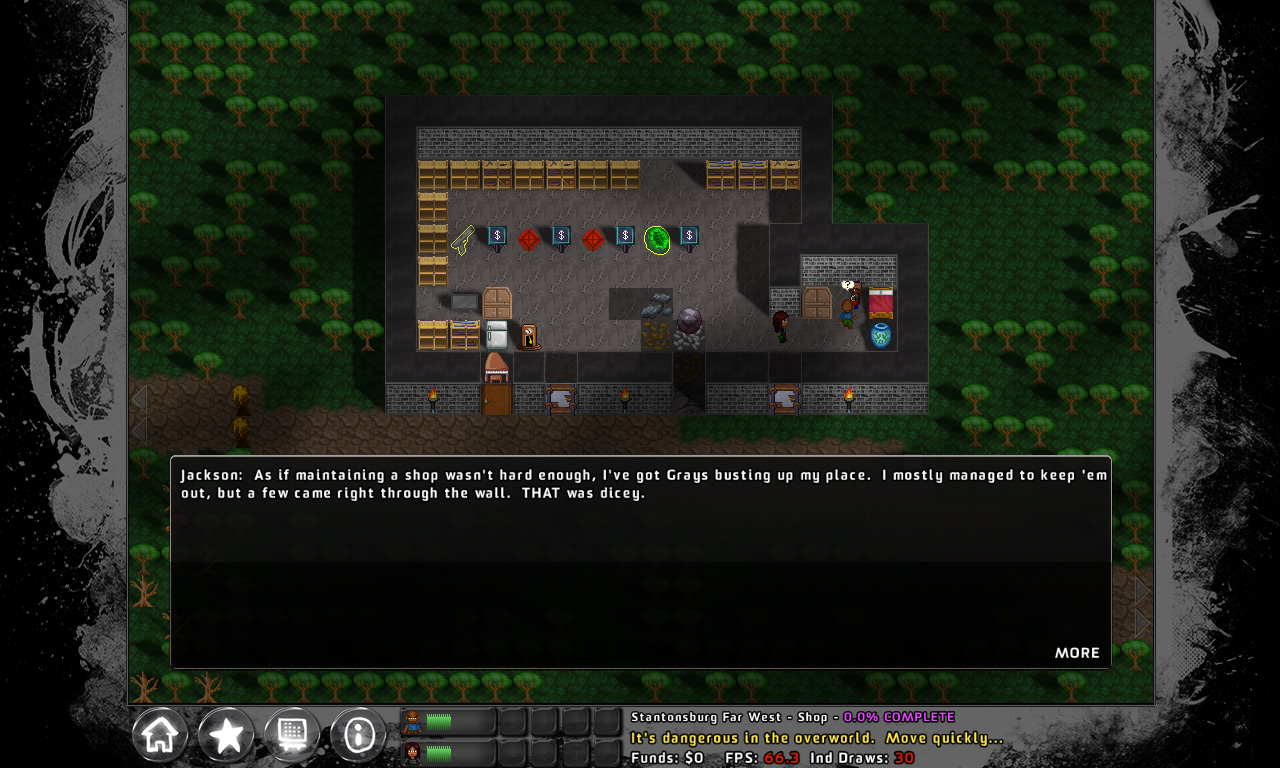 As of a couple of days ago, I finally had an idea on that. Erik and I are going to work on this together, and hopefully in a few months will have something to release. It has to be something to fit into the cracks between other projects, because this isn't going to generate any income for the company and so is kind of a mix between hobby time (originally that's what Shattered Haven entirely was, long before Arcen, was my hobby) and fan service.

Anyway, the full Shingen implementation is still a long way off, but I'm really excited about the new idea that I have for the flow of it. My older ideas were pretty okay, but I wasn't excited all that excited about them.