In this development blog writer Stark Holborn takes us through writing for the game's world.

Hi everybody, time for another dev update from us! Continuing the theme of hearing from the rest of the team, we're learning about the process behind some of the writing in the game from our talented writer Stark Holborn. Without further ado...

One of the best parts of working on Shadows is the world-building. Luckily, right at the start of development Cole dreamed up an amazing framework for an alt-history, neo-noir world, packed with memorable characters, shadowy alliances and corrupt power structures. It’s a rich setting and a lot of fun to write, but one of the main challenges is how to insert all that world-lore into the game in creative ways, without infodumping and still allowing for a variety of different play styles.

I’m a novelist as well as a games writer, and part of my aim when writing a book is to sneak worldbuilding into a text without a reader even noticing; we’re trying to do the same thing with Shadows. Look closely, and you’ll find lore woven through many items in-game, especially everyday objects. Like the books on the shelves: many have readable blurbs that reflect the world in which they were written. 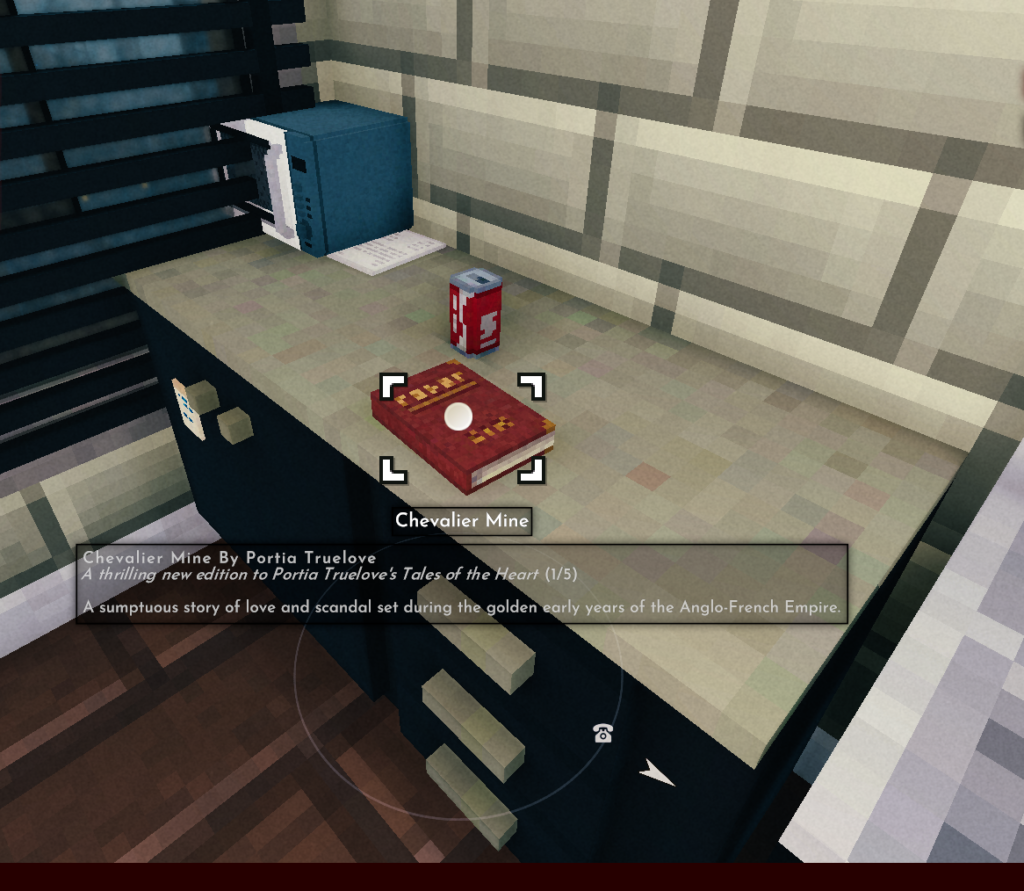 And it’s not just books. Off the top of my head I can also say that Yellow Beaks cigarettes are named after the events of the Mustard War, while a “Krueger Sandwich” (slices of synthetic beef, pork and chicken smothered with ketchup) was invented by Starch tycoon Eden Krueger to prove the safety of their new synthetic meat products after the Eastern Food Crisis.

At the time the game is set, Starch Kola is the president of the United Atlantic States, meaning the corporation’s presence is everywhere. I’ve made it a sort of running joke that in this super dystopian world, Starch will try and jam advertising into literally anything, from press releases to Enforcer and medical reports.

The advertisements you come across or hear on the TV (and maybe, at some point, in the streets…) also provide tons of opportunity to reflect the dystopian themes of the game and the hyper-industrialized, capitalist society of Shadows.

To get the right tone, I usually scout around for vintage advertisements and infographics, before turning things up to eleven.

Here’s an example of one of our adverts:

City-living getting you down? Need a bit of fizz to take you higher?

Our new improved recipe is great for home, work and play, giving you the sparkle you need to succeed.

Starch Kola: Put Some Life Into It

Just to dive into the wording of this one: the reference to city living implies that everyone who hears this is living in a metropolis and that there are no alternatives. The juxtaposition of down (bad, in the gutter) and up (higher floors, achievement) reflects the preoccupations of the wider society, the reference to “home, work and play” implies that citizens must be conscious of their behaviour and energy at all times, and the ad ends on the obvious tying together of drinking Starch and achieving success…

There are shades of Philip K Dick’s Ubik in here – the power of advertising to dictate and re-frame reality – as well as Terry Gilliam’s Brazil and even Time Bandits. 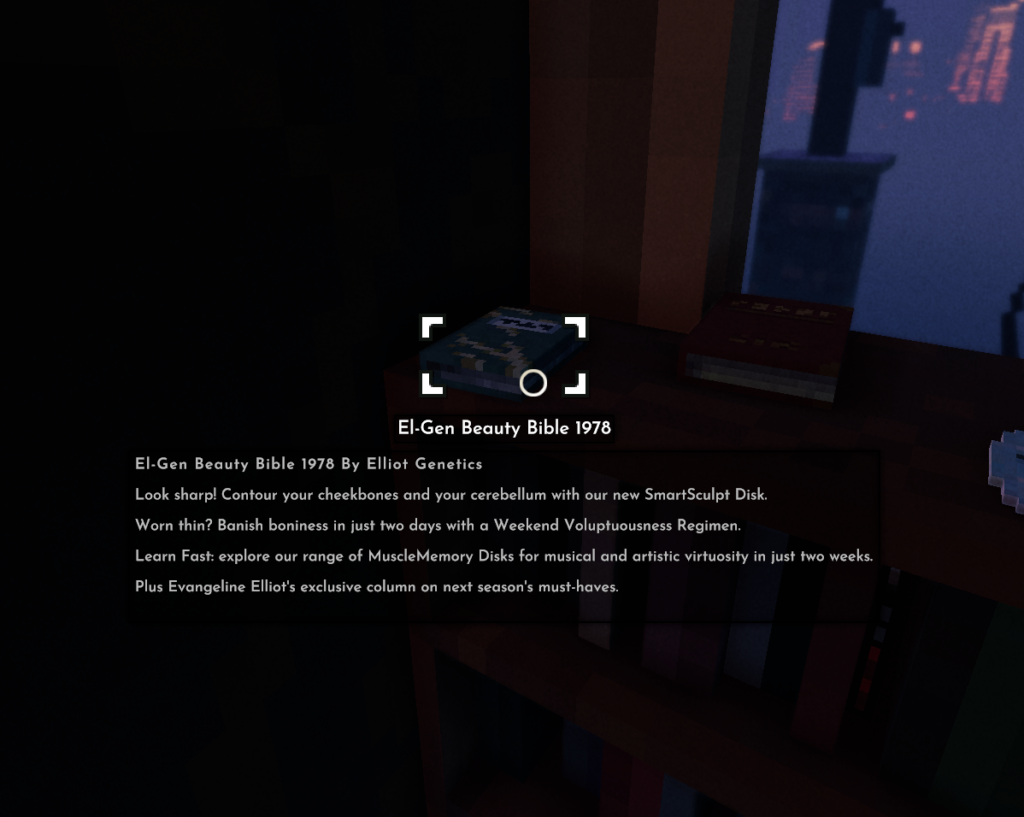 Of course, a lot of this is background colour and setting. A huge part of Shadows will be the ability for players to create their own narratives and stories by how they choose to interact with this procedurally-generated world.

Procedural storytelling is inherently challenging, but it’s something that Cole and I have been working on. We’ve developed certain systems, and Cole has created a custom-made dialogue editor with access to a wide number of procedural fields and variables, which also allows us to insert written content directly into the game for testing. We’ll be using it to further explore the procedural storytelling during the next stage of the game’s development. But that’s probably one for a future post…

Bio: Stark Holborn is a novelist, games writer and film reviewer, and is the author of Ten Low, the British Fantasy Award-nominated Triggernometry series, and Nunslinger. Stark lives in Bristol, UK.

You can receive a FREE short story here: Starkholborn.com