I am pleased to announce that Shadowcrypt is now available on Steam! Current build is now up to version 1.3 and has 20 unlockable achievements, and a time-counter for speedruns.

I am pleased to announce that Shadowcrypt is now available on Steam, get it here!

Shadowcrypt started out as a personal project to tick a box on my childhood wish list, and Steam definitely wasn't part of the agenda. Having taken this very niche game this far along was certainly unexpected! Big thanks to those who have supported the game since its launch, and my humble gratitude to those who took time to let me know how much they enjoyed playing the game.

Current build is now up to version 1.3 and has 20 unlockable achievements, and a time-counter for speedruns. Achievements is implemented locally and is not dependent on Steam. As a staunch believer in what DRM-free games stands for, I had to make sure both versions have feature parity. A couple of players have mentioned about speedrunning which I thought was a great idea and perfecty fits the game's pacing, so a time counter ended up being included. The timer gets paused when the player dies or when the game is being paused. Here is a sneak peek of these new features:

An overall view of your achievements, accesible via the main menu: 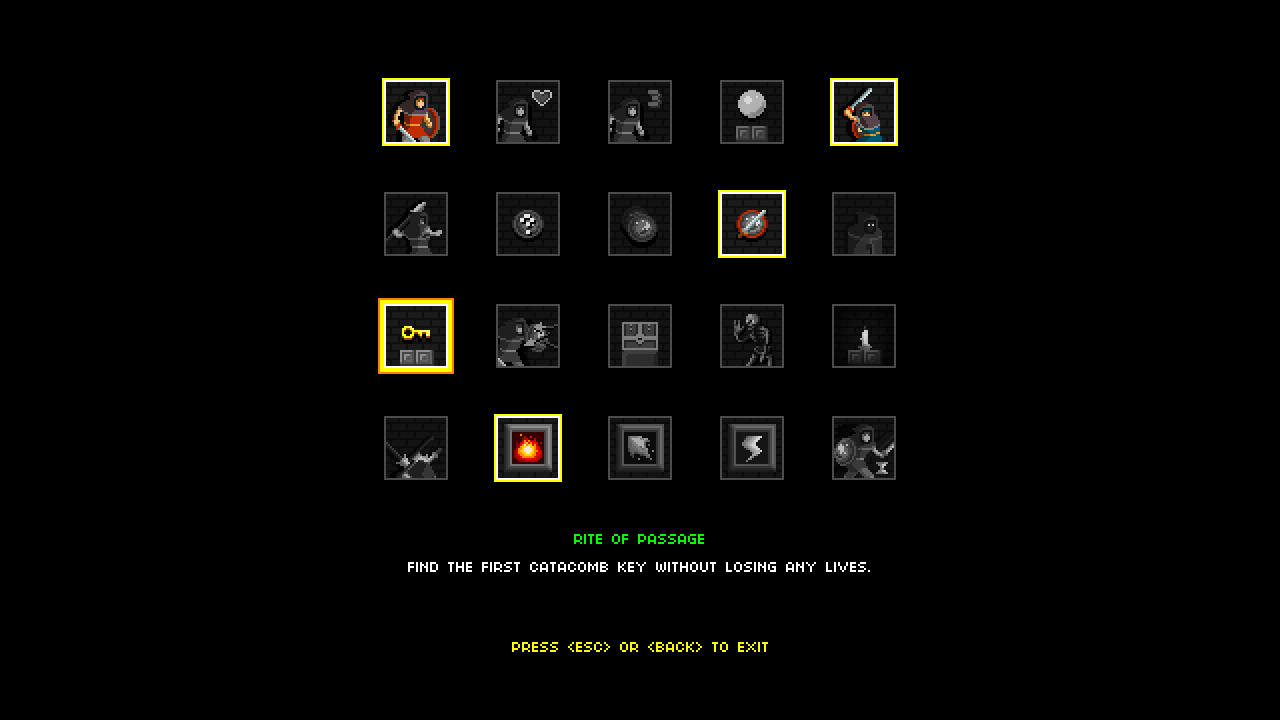 The time-counter display sitting at the top: 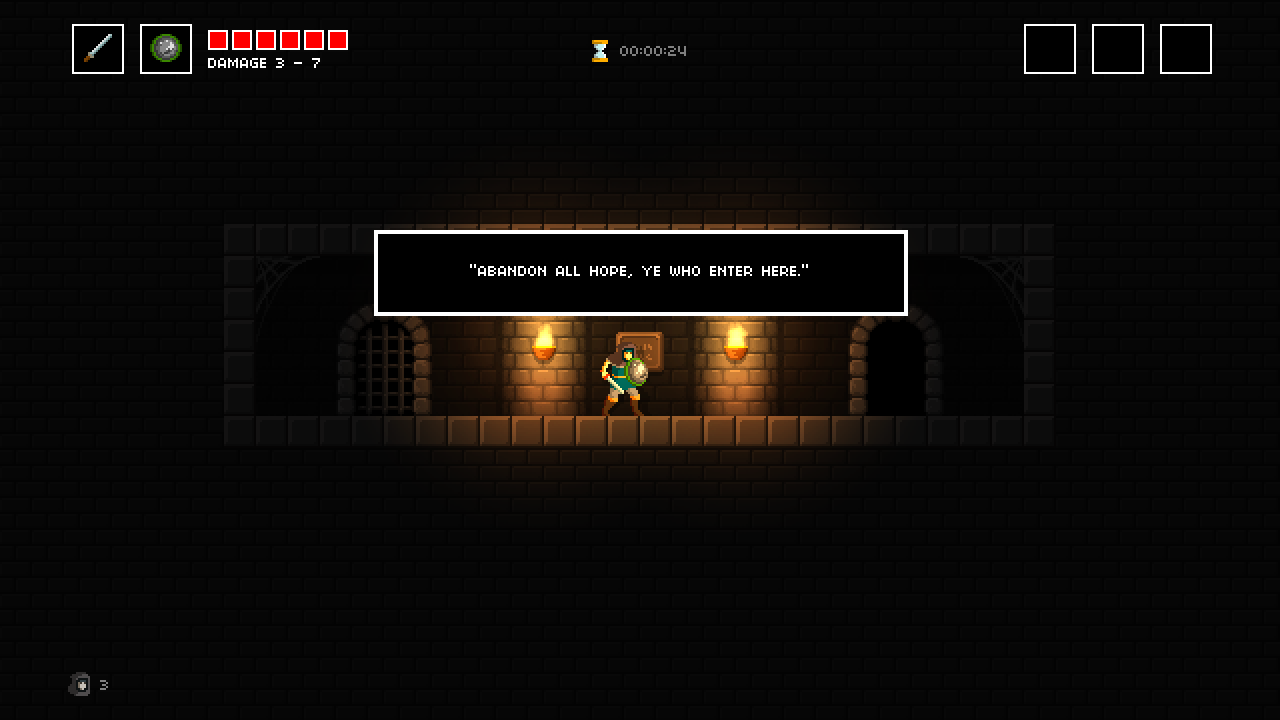 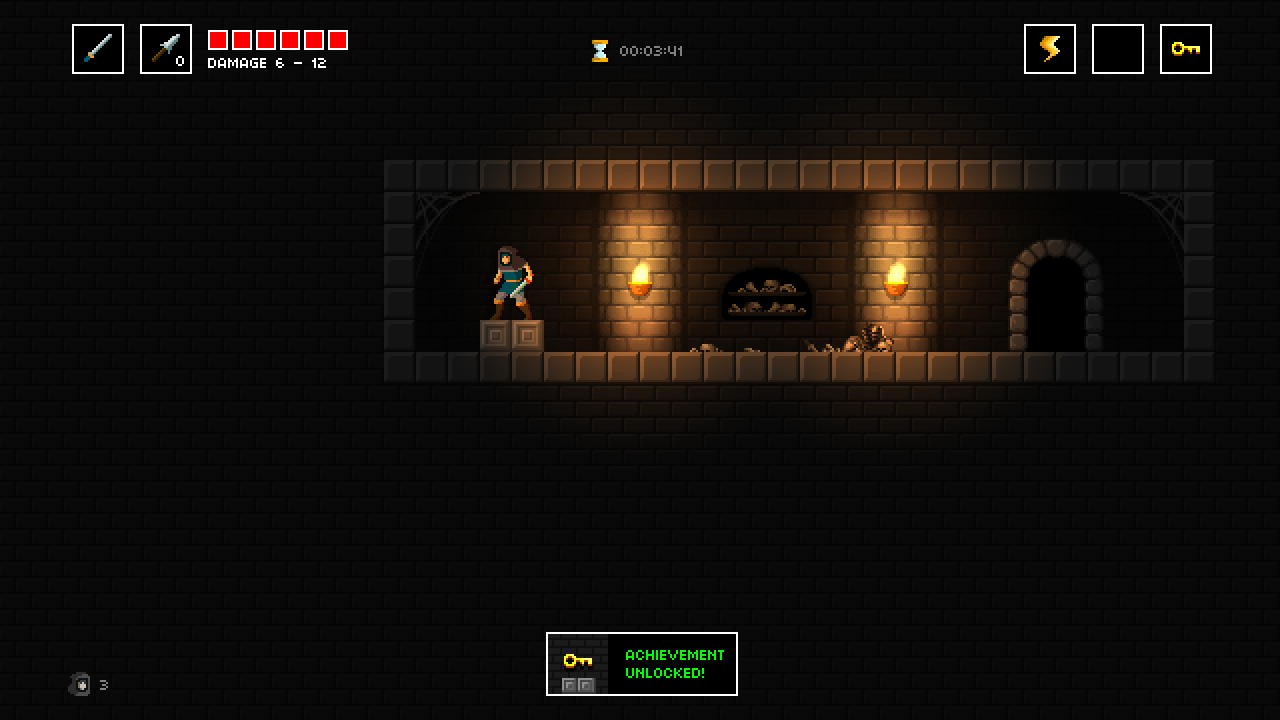 Here is the full list of fixes and changes made since the game's initial release (version 1.01):

For those who already bought the game from itch.io, the Humble Store or via Humble Widget, you can claim your Steam key through the aforementioned places. If you can't see any keys, please contact the store's support page. More information about this can be found here.

Nice. It's a cool game, I like it and I'm happy to have it also on steam. ;)
Wasn't it on greenlight?

Hey I'm glad you're enjoying it! Yeah it was Greenlit a while ago in just 9 days, which is pretty cool and unexpected. Thanks for playing, I really appreciate it! :D

No problem. I give it also a vote (8/10) but just because I haven't played that much and I would like to give a bit more - it's really a genre I enjoy, but I want to go further. ;)

I read the reviews on STEAM, it's sad people think that it should cost less. They really don't understand.. :| (and ALWAYS complain on money, I had the same experience - sooo stupid).