Afters many years of development, our project is finally released :D. Go and check out posts on Freespace modding sites. Download from ModDB is coming as well!

Posted by NyctaeusNoctis on Mar 5th, 2013

23 years after the Capellan massacre the Humankind and Vasudankind are stronger than at any time before. With the belief in our invincibility and powerful warships on our orders, we rebuilt what we had lost fighting against the Shivans. It is said that we are ready to confront the Destroyers again. But if it is not true, we are going to pay a terrible price...
- Arthur Gordon, the Secretary-General of the GTVA Security Council

They regard me as a traitor. They call me a terrorist, a madman. They want me dead and they will not stop until they hunt me down... But they do not know my real power. I have the key to the Ancient legacy. I can save the human- and vasudankind from the Shivans and show it the new path to glory. And I will do it. At any cost.
- Kaimler Ovadiah, head scientist of Cerberus Legacy, wanted in all Terran-Vasudan systems for treason, terrorism, blackmailing and genetic experiments.

The Cerberus Legacy slowly but constantly destroys the GTVA just like a cancer. They attack from the shadow, strike in our weakest points and withdraw before we can react. Blackmailing, terrorism, kidnapping are their methods. They are responsible for numerous outrages across the GTVA. Unless we hunt them down, the Alliance won’t be safe.
- Supreme Admiral John Peters, commander of the Wolf's Fleet

Shadow Genesis is a modification for Freespace 2 Source Code Project and a result of more than three years of hard work. An idea was invented by two brothers and experienced (although not well-known) Freespace-modders - Teeraal and Macielos. We two made vast majority of the mod, but it couldn't be done without a great effort of the rest of the team.

Shadow Genesis is huge mod that improves and extends almost every aspect of Freespace 2 and grinds a beautiful diamond the game is. We present you a modification of the highest possible quality, totally different from any other mods released so far. 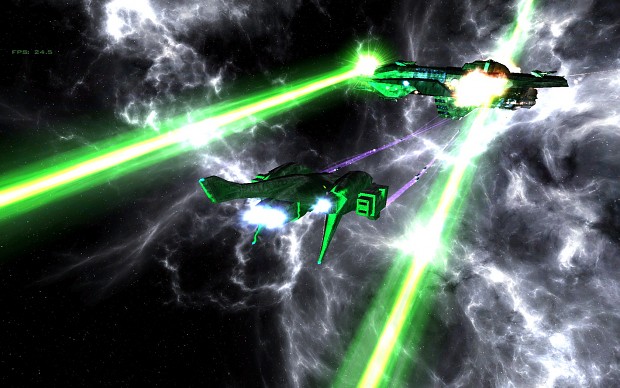 Features:
- More than 40 action-packed missions. The campaign consists of a prologue, three acts and an epilogue. Huge-scale battles, numerous cutscenes, space fights and planetary missions.
- Epic, complex and unique storyline. As lieutenant Nathan Miles join the elite 6th Terran Fleet known as the Wolf's Fleet, autonomical unit of the Alliance navy responsible for safety of strategic sector of Terran space known as the Wolf's Group. Explore entirely new planetary systems, discover sinister plot of Cerberus Legacy, meet new, complex characters, witness epic unforgettable moments and unexpected twists in a story about treason, madness, hatred, honour and sacrifice.
- New enemies. Confront an entirely new opponent that is threatening safety of the Alliance. Powerful terrorist organization known as Cerberus Legacy openly challenges the Terran-Vasudan authorities and its charismatic and enigmatic leader, Kaimler Ovadiah, will not stop from anything to execute his mysterious plan. As a pilot of the Wolf's Fleet you will do whatever it takes to protect those in need but you don't expect that Cerberus plot is only a prelude to a Nightmare greater than you could ever imagine...
- Great battles and tactical missions. Forget about deploying warships to battle and praying them to survive. Forget bombers attacking you wing after wing. Shadow Genesis raises an art of space warfare to a level you did not experience before. Now both you and the enemy are ready for any tactics that may lead to victory. Big guns and powerful warships are now just a part of strategy. Be ready to confront Cerberus infiltrators that will disarm GTVA warships using anti-subsystem torpedos, eliminate wings of strikers before they smash your cruisers into pieces with Maxim cannon and avoid snipers swarming you with Trebs. Every trick on the field of battle is now an element of a greater strategy.
- New technologies. Unleash new deadly arsenal of the GTVA. A new generation of Terran warships, Anchorage-class superdestroyers, artillery frigattes, tactical carriers, space and planetary gunships, an entirely new set of primary and secondary weapons, increased role of disarming warships, sniper weaponry, auto-repair modules and much more.
- Breathtaking audio and visuals. New unique ships models and many refreshed older ones. New effects created by talented artists. Atmosphere built by new soundtrack from great games, movies and other sources.
- Many innovations of the newest SCP engine implemented. Checkpoint system based on the War in Heaven one, 32 achievements to gain completing secondary and hidden goals, saving allied warships or keeping their hull above certain level, extended directive and monitoring lists, hotkeys, zoom system, nanojumps and much more. 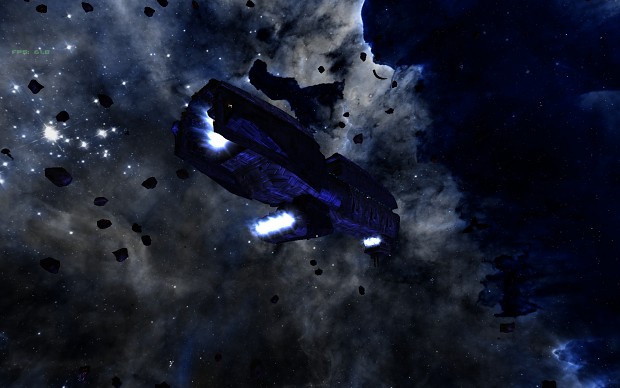 Requirements:
- Freespace Open 3.6.18 [should work on every build newer than 3.4.14 and on 3.6.14 itself]
- MediaVPs 3.6.12 [any future version would be incopatible with this release, probably because lack of tile texures]
- Decent Computer [To hold our battles and pretty visuals]
- Time and Patience [Due to length of Shadow Genesis and difficulty level]