We finally released the Settlement core update! Pioneers will now be able to protect their assets on non-protected planets.

We spoke a lot about Settlement cores lately, and finally here they are! It took us a bit more time than what was planned to get them out, but they are a small yet very important addition to the game.

A Settlement core is a simple double-bloc that will by default generate a shield around it, protecting everything inside it, and preventing other players to enter the area. This is today the best way to mark a territory as yours on a non-protected planet. This territory, called a Settlement, will slowly become a central element in the whole Untold Universe experience. 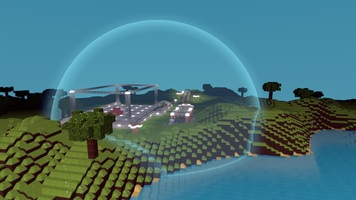 As for today, you can not share a Settlement with friends. You can only de-activate it to let them enter the area. Someone being in a shield will always be able to walk through it to go outside.Many extensions and upgrades are planned for the Settlements: shield reinforcements, area extensions, ownership sharing, automated defences and more. Indeed, the whole point of the game is to explore the universe and colonize it, and building Settlements is the way to go. 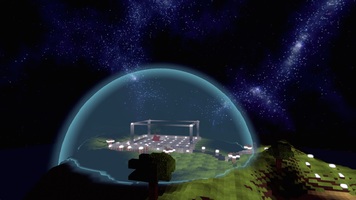 For now, players will only be able to own one Settlement at a time: choose wisely where to place it, as these are quite costly!Settlement cores will generate a signal in a large area around them, preventing others to settle too close to them. Be ready for the colonization rush, as space will quickly become scarce, and the only way to free some will be to ally with others to take down an existing Settlement!

Colonization is the center of our Gameplay, and we will now start to focus on this particular point. That means that the few next weeks will be spent on working on the Biomes, the Settlements, and what we could call PvE in our game. Literally player versus environment, as we will add various events depending on the planet's type, the season and the time, that will causes you troubles! Settlement upgrades will also be added to help you fight back against these. 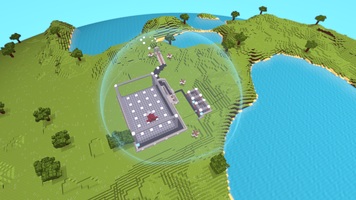 We hope that you will enjoy this release, and the upcoming ones!