In our Global-Survival game Eco, it's not just the players that are at risk, but the world itself.

Each world in Eco is fragile, and can be destroyed either through external factors like a meteor striking the planet, or internal forces like poisoning of the ecosystem. 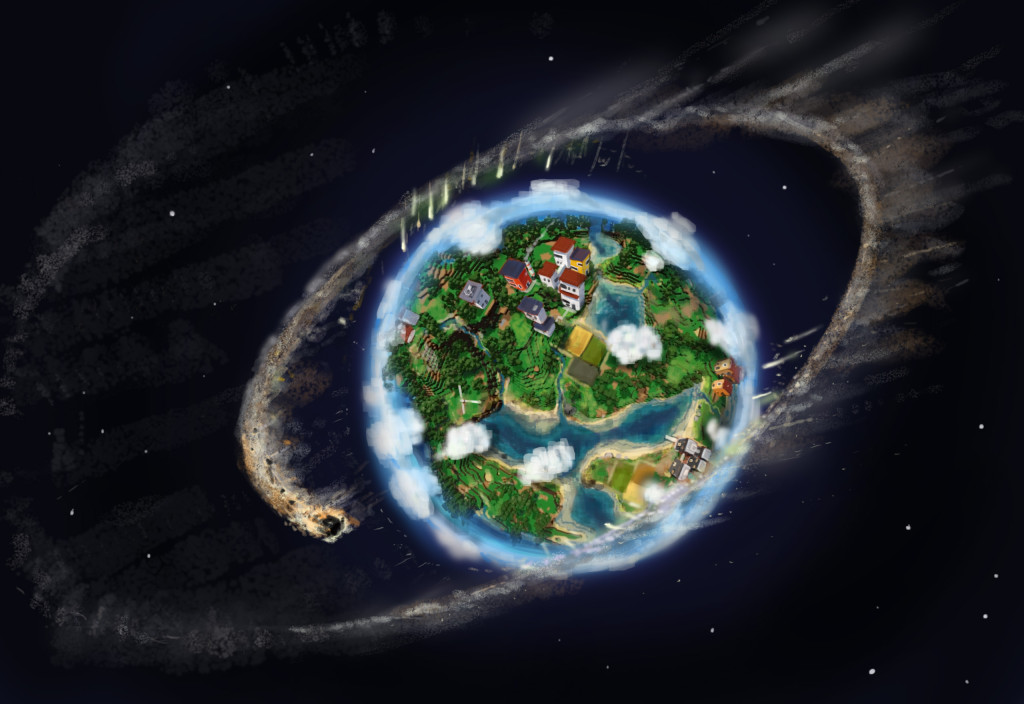 Once a world is destroyed, it’s permanently gone, along with everything discovered, invented, and built (as in, the server is physically wiped). Players will be building some amazing things and achieving a lot together in Eco, but if they can’t collaborate to prevent its destruction, or grow too ambitious and raid the planet for its resources, it will suffer a purposely harsh penalty in Eco. This blog goes into detail about how that will work and why.

From the moment players enter the game, they’ll have a visual reminder of the planet’s impending doom in the sky, a meteor that is in a decaying spiral orbit around the planet. Looking at the meteor will tell you how many days/weeks till impact, which would completely destroy the planet. Fortunately, it’s a very loose spiral orbit, and a relatively low amount of force pushing away from the planet would break its connection and push it out to space. The technology to prevent the destruction of the earth is possible to develop, but it’s not going to be easy, especially since players are starting in the stone age.

Time is scaled in Eco, and discoveries happen at an accelerated rate. Thus, it’s possible to go from stone age technology to space age technology within the span of a real-time month if players are exceptional at collaborating. In order to do this, you’ll need to perform research in the world, making new discoveries which allows new skills, buildings, and items, which unlocks more discoveries, etc. There’s a tree of discoveries that you’ll need to make before you acquire the world saving technology that can push a meteor off course, everything from trading to electricity to rocket technology. 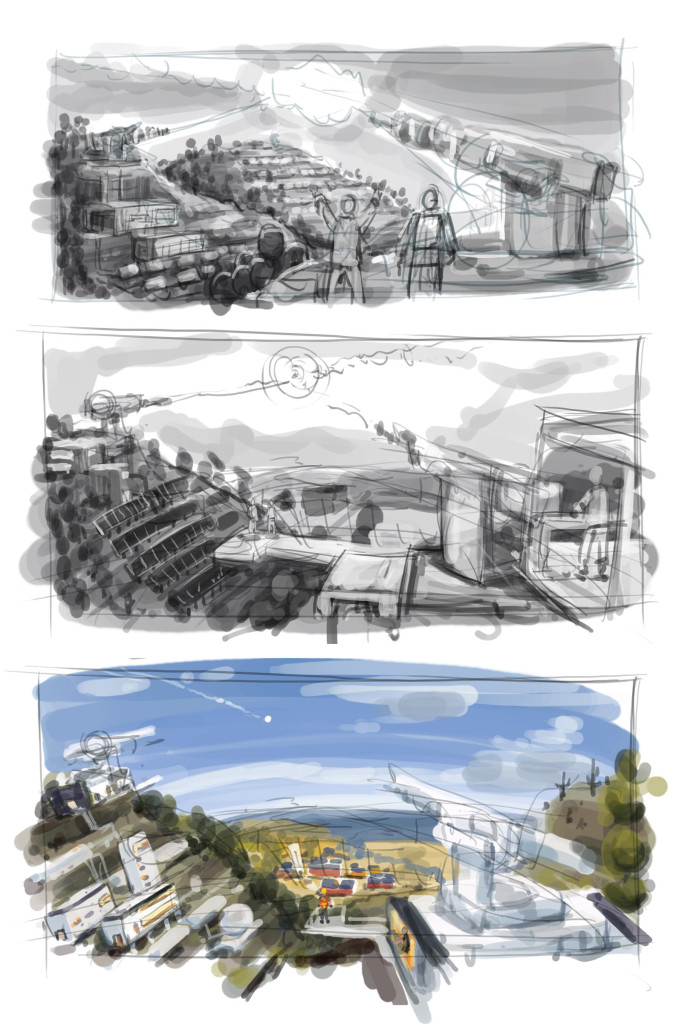 To perform research, you’ll need to dedicate a huge amount of resources to an in-game research project. Multiple players can be involved in this endeavor, and when enough resources have been consumed a ‘knowledge object’ will be created, which you can then share infinitely with other players. Whenever a player uses this knowledge object they will gain new skills and access to new tools and building types they can construct.

An important note, you have to share the knowledge object with other players for them to acquire the skills, other players don’t get it automatically. Consequently, you may want to sell access to these research objects, since you and your team put a huge amount of work into acquiring them, and you want some return on your investment so you can create other research projects, right? And thus enters the paradox at the heart of the game which Eco is meant to explore: despite being in this together and working towards a common goal, individual needs can easily take precedence. How each world goes about solving this dilemma will be interesting to watch unfold.

However, your path towards saving this world is not a completely straight-forward one, as all the resources you take must be from your environment. It’s all too easy in for a world of growing power and capabilities to irreparably harm the ecosystem which they need to survive.

As players of the game, their powers are relatively minimal; it’s difficult to make much of a dent in the ecosystem, and it seems unlimited. Gradually players consume the resources of the world to create buildings, develop new technologies, and feed themselves. With increasingly powerful technology they’re able to use more and more of the planet’s resources.

Economies and governments develop to maximize labor and use of resources. Pretty soon, the bounds of that seemingly infinite ecosystem are found and it’s not so limitless, the resources of this world are indeed finite.In the race to fight off the external threat of a meteor heading for the planet, a new threat emerges, the threat of the human race itself. If in its exuberance to build a better society the planet is polluted, habitats destroyed, and species exterminated, the food supply of the world can be lost, and the planet destroyed from players’ own actions.

There’s no simple lesson here, no technology villain. The goal of the game is not simply to ‘protect the environment’, the goal is indeed to use the resources of that environment to prevent a calamity, which will necessarily affect the environment. Technology can be both the savior and the destroyer, but it must be used. Simply doing nothing is not a solution, the world will be destroyed in the end anyway. A balance must be found that provides players with the resources they need without destroying the ecosystem that provides it to them. 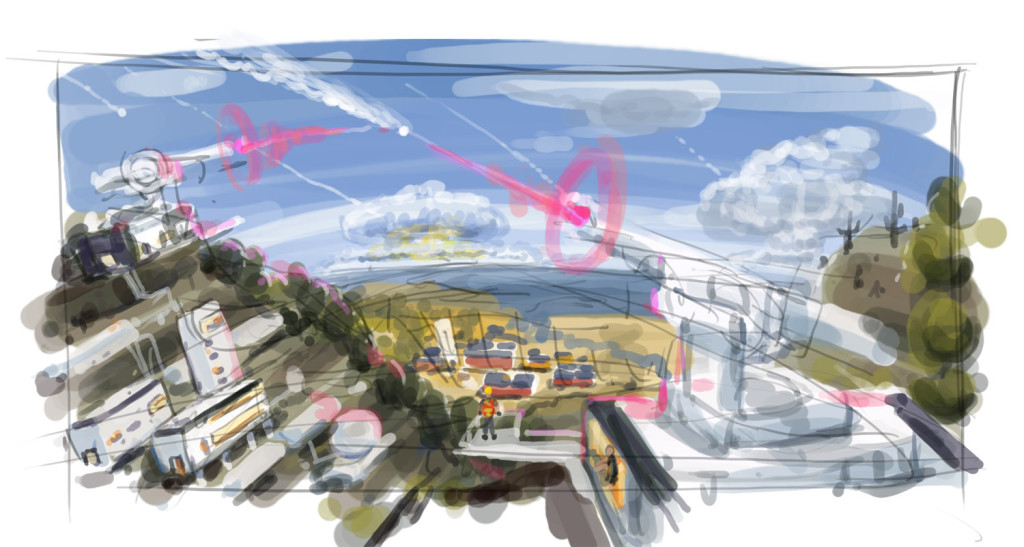 How this is done will need to be decided as a group, which is where the governance system comes in. I’ll be describing that along with laws in the next blog post, with future blog posts on the player-run economy, the ecosystem simulation, transportation networks, technology in the game, property ownership, individual incentives and the ‘Tragedy of the Commons’ as a design principle, games as ‘more than just entertainment’, and many more of the unique things we’re doing with Eco.

We plan to open it up to players who support our Kickstarter which should finish up around the end of July. Sign up for email updates and stay tuned, and let me know what you think on Twitter, Facebook, or Greenlight. Thanks and hope you’ll join us in development and give us your feedback!