Gentlemen, behold! Guns! Nothing like a couple assault rifles, handguns, and shotguns to get you back in the fight!

It's been two months since the last weapon drop, and I'm happy to announce that we've finished up two more weapon drops for you guys!

With this release, I'd like to focus your attention on the our decision to split V10 of our mod into two groups. To keep file sizes down and to give the users more choice, V10 will now be released in Main (updated old guns) and Expansion Pack (new guns) packages.

SKBP V10 Main Pack
This is the core of the bonus pack, and contains all of the weapons from V6, V8, and V9 in updated forms. Most of the weapons are being upgraded with new models and functionality, and some are receiving major overhauls to fit our new standards of quality. This component is required to run all components.

SKBP V10 Expansion Pack
This pack is an expansion pack and contains all the brand new weapons we're shoving into V10. This component is our most ambitious one yet, with a plethora of new models and new designs being thrown into the mix. Those of you who participated in the V9 Prototype public beta will recognize a lot of these guns, as this pack will hold all of the prototypes that passed inspection.

Now onto the guns! 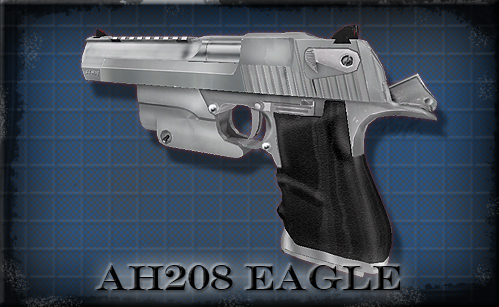 The AH-208 .44 Eagle - This is the updated model for the old AH208 pistol. It's now sporting a brand new model by Azarael, new animations by Captain Xavious, and full set of textures and camouflage patterns from yours truly! We can't wait until you guys get to try this bad guy out for yourself. :) 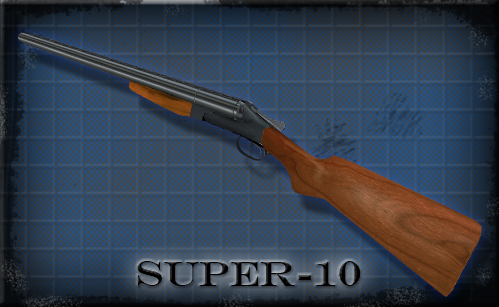 The Redwood Super-10 Shotgun - Out with the old, and in with the new! This long, double barreled shotgun is replacing the Redwood Coach Gun of old. Modeled and animated by Xavious, and textured by me, this beast of a gun can fire massive 10 Gauge shotgun shells to give your foes a very bad day. 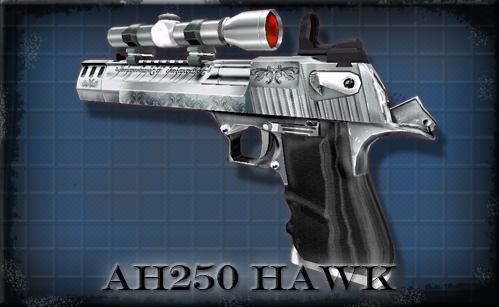 The AH250 .44 Hawk - Was one Desert Eagle not enough? Try two! This handgun is a long barreled, sniper variant of the AH208, designed for those who want a sniper in their hands AND in their pocket! Comes in black, gray, chrome, and opulent 24K gold! 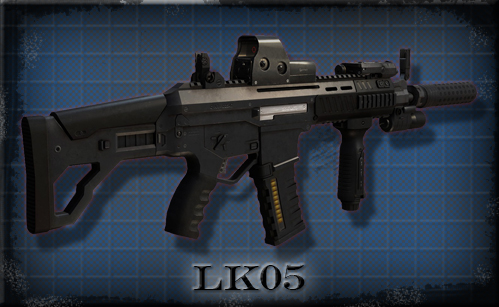 The LK05 Advanced Carbine - Move over M50 and 46! There's a new assault rifle in town! This beautiful rifle, which some of you may recognize as a futuristic version of the ACR/Masada, was modeled and textured by the amazing Likon, with animations by Captain Xavious. It has a slew of tactical attachments that can be applied at will, and will rip opponents apart with its fast rate of fire and superb accuracy. 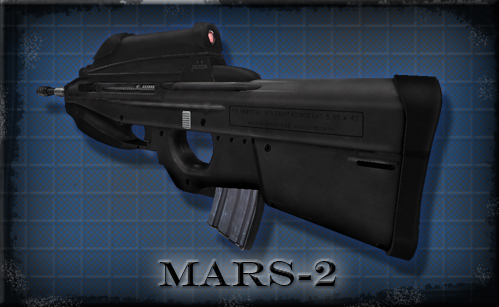 The MARS-2 Assault Rifle - The premier weapon for secret agents who belong to shady splinter cells. This powerful assault rifle comes with an advanced IRNV scope and targeting system - perfect for taking out those hard-to-reach targets. 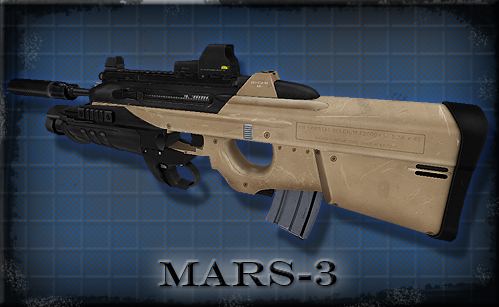 The MARS-3 CQB Assault Rifle - For those who value firepower over accuracy, we have the MARS-3! Unlike it's scoped brother, this rapid-fire rifle comes with a holosight, and mounts both a grenade launcher and suppressor. To spice things up a bit, the MARS-3's grenade launcher fires fusion shockwave grenades which will liquify your opponents even through armor and walls!

With the new format, does that mean we'll need to uninstall the old versions of the mod to install the new one?

How do we do that safely? I've been playing BW with the addon weapons from this pack ever since the old version up to the previous update (Sgt Kelly pack v9 + WD 1,2,3)

From what the description says, you need both the main and expansion pack with the links posted above. If you arent sure that you have the latest main version just redownload/install that along with the exp version.

Sgt. Kelly, amazing work as always!
Are you working on any independent or other game projects at the moment?

If you have Weapon Drops 1 and 2 you already have the new format, so you won't have to uninstall anything. :)

And nope, we're currently focusing on BW, but we do have other plans in motions!

I have been waiting for a new version of the AH208 since I first started playing this mod last year. I was always okay with the AH104 model (other than the unrealistically AM67-length magazine), but I didn't like using the AH208 at first. I always felt the model didn't measure up to the other gun models, and the laser effect is bad compared to the other laser pointer guns such as the RS8 and MD24. I end up using the gun a lot anyway because it performs well. Glad to see this gun getting replaced with a great model and a fully developed laser pointer effect.

I am also looking forward to the scoped magnum. A sharpshooting handgun is one of the things Ballistic Weapons is lacking right now. It'll be great to have both it and the new AH208 in my Arena list.

I have also been wondering where the LK05 was. Glad to see that gun coming too. Will the holosight be added/removed with the "Special 2" key, or is the LK05 without the sight a recolor? I am guessing and hoping for the former. Though I'll still probably keep the M50 in my Arena list, I will probably be using this gun and the MARS-3 instead most of the time, especially in Loadout mode.

I use the Coach Gun a lot, so it will be fun to play with the new model. It's funny in an uncanny way how the “Redwood” guns all look like something a backwater redneck would use.

The F2000s are also a nice surprise. I used to love playing Splinter Cell. The F2000 also appears (in a much more basic and non-scoped "carry handle" form of the MARS-2) as a "gator hunting aid" in Hitman Blood Money. "Hunting" the "Gators" was fun, but I ended up using other guns to do it. Now if only I could hunt the "Gators" with Ballistic Weapons Mod and its weapons, especially with that MARS-2. (which I can already tell is everything the F2000 in Blood Money should have been, but wasn't) Now THAT would be fun.

Dunno if you're aware of this or not, but after installing the previous updates (and the unofficial fix/patch/whatever), when using the AMR (sniper rifle, 4 shots per clip, nightvision/heatvision, etc) and setting it on the stand, you get hurt for massive damage every time you fire a round. Pretty sure this is a bug and not intentional like the free-fire HAMR damage.

Also if I may ask, with the Chaff Grenades, pressing the special function button makes you twist the head of the grenade a little - does this do anything, or is it just a little visual thing?

Twisting the Chaff Grenade primes it, using melee while primed will cause it to explode on contact.

These are awesome news! That sniper-pistol kicks ***!

I really would like to see an explosive-slugs semiautomatic shotgun (like the N64 Turok series) but w/ an interesting design, like a spiral cartridge or some unusual shotgun-like appearance.

Another thing: There's a lack of biological weaponry. Only the acid blaster, the toxic grenade and (soon) the tranquilizer dart pistol.
Idea: A rifle (resembling a FAL maybe) w/ neural rounds that drains life. If a player dies w/ this rounds, the corpse could be, for example, explode when another enemy player approaches it.

Or another more-elaborate program-challenging idea: a weapon that control the enemy when he dies, being a temporal ally (for 10 seconds, not affecting the victim's respawn).

absolutely crazy, nothing to add. you guys are doing incredible work!

i dont know maybe I miss smth, but what 'bout the problem with MJ51 Carbine? I mean that bullets are firing somewhere below the barrel of the rifle.

Nice guns! Is it possible to see Conqueror or AT-40 STREAK in the next weapon drop?

God damn. This is glorious.

i want in next weapon drop spectre

I still cannot get any of the weapon drops. Isn't the dispute with Azarael over now and the downloads are meant to be working again?

so... can someone explain how do i get all the pervious drops?

Uh... so why was the v10 files removed? Did I miss something?

This mod is basically dead, meanwhile I try and find out why the weapons won't appear.

Yessss, if you ever find a fix please let me know, tried about 8 new installations and methods to make any of the additional mods work with ballistic weapons 2.5 (Herr doctor, Sgt. Kelly etc.) nothing so far.. much dissapoint