Here we look at the revised model of the Player's ship, the wasp (Terran Chance Light Scout), and a screencap of the template level used to create other levels from. As well as more information about the mod it self.

September Update:
Welcome to the September update for X32I - Redemption, as always managing a team is a interesting experience however an rewarding one at the same time. This month we have to show you a few assets as well as a concept art for a Terran Chance Fighter called the Scythe produced by JC, a highly talented artist.

The Thunderbird is a prototype ship created by the United Earth Alliance's greatest minds. The ship is the one the player will fly in throughout the game. The Thunderbird is module based and can be customised by its pilots with new parts to further upgrade its potential as a frontline ship. 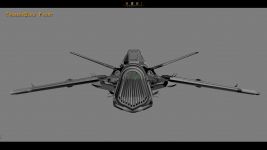 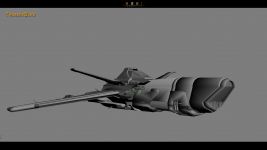 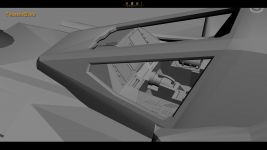 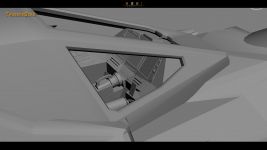 The Wasp is a nimble ship which relies on its high speeds to maximise its role as a scout ship. Though it is only equipped with light weaponry, the Wasp can be a formidable foe if faced in large numbers. This is especially the case if your ship lacks in speed. 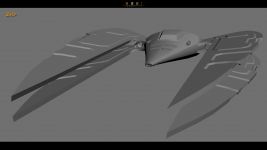 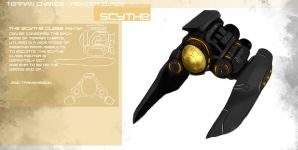 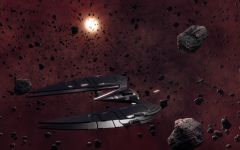 Note:
So that's it for this month. We hope you like what you see and if you want to talk to us directly, the best place to do that is on the official forums located at at X32i.org

Thanks for your support and we hope you continue to follow this MOD.
David Baron - Project Leader

Models look OK, however in my opinion they aren't up to Crysis standards you could have pushed them much more; they look too simple, something that older engines in older games could use, if i were you i would put much more details into them plus watch your smoothing groups some look really horrible. Ingame shot looks promising though, keep it up.

Sorry i posted under you, this wasn't directed at you

And any engine can use Crysis models, Cryengine 2 doesn't have anything special about it's polygon pushing power in that regard.

The ThundreBird is 50k Polygons, and the smoothing groups have yet to be touched, but I did mention they was WIP 3 times infact.

I don't mind constructive feedback but you're stating things like these are final models when they are not.

Also a lot of the details are done in textures.

I know that it's WIP i can read, you don't have to state it another two times i have no idea were you got the idea that i was stating that they were final models, its just when someone says "Optimisation + Interior Cockpit: Bernhard Raml" it gives me the impression that that is more or less on how the final model without textures will look which is why i stated that before. Anyway i don't want to start a war with you or anything was just stating my opinion that's all; good luck with your mod and hopefully we will be seeing some "finalized" and completely finished models/textures.

So far so good. I like the Thunderbird model. Keep it up!

My eyes are popping

Looks good SirBaron! It kind of reminds me of the mod I'm working on right now...