The monthly dev log for King under the Mountain, this time covering getting a UI up and working, multi-language support, and procedurally coloured trees!

Posted by RocketJumpTechnology on Aug 30th, 2016

Here's a quick overview of this month's progress: there's the start of the UI to let you interact with the game world, support for translation into multiple languages, and procedurally coloured tree generation!

First of all was getting a simple UI up and working, which marks the first time the player can properly interact with the game world. For now, rock walls can be designated for mining, and shortly I'll be adding similar options for marking which trees should be chopped down. The icons used are freely available from the excellent game-icons.net. The background to each button is a simple ninepatch. Along with the colour of each button (which you can see being used in a basic transition), these can all be easily changed via mods which is a strong design goal of the game.

Although this is just the first stage of having a UI in the game, I thought it was important to get multi-language support, or internationalisation, in place to ensure that it's relatively easy to get different language translations as part of the game engine rather than trying to add it in later. Although this goes against some of the agile design principals I try to stick to with development, I both knew that I definitely wanted this in as a feature eventually, and more importantly, that it would be much more of a pain to add it in later after assuming everything is displayed in English. Here's a video showing the results of this. I realise some of the translations are quite poor and we'll definitely be using some professional translations for the final game - this is really just a tech demo!

Having developed the UI to a state I was happy with for some initial interactions, I also had time this month to move on to getting trees into the game world. You may have seen in earlier updates that the map generator was picking positions for trees so that they had enough space to grow into, but the in-game shots didn't have any trees in the world - until now! 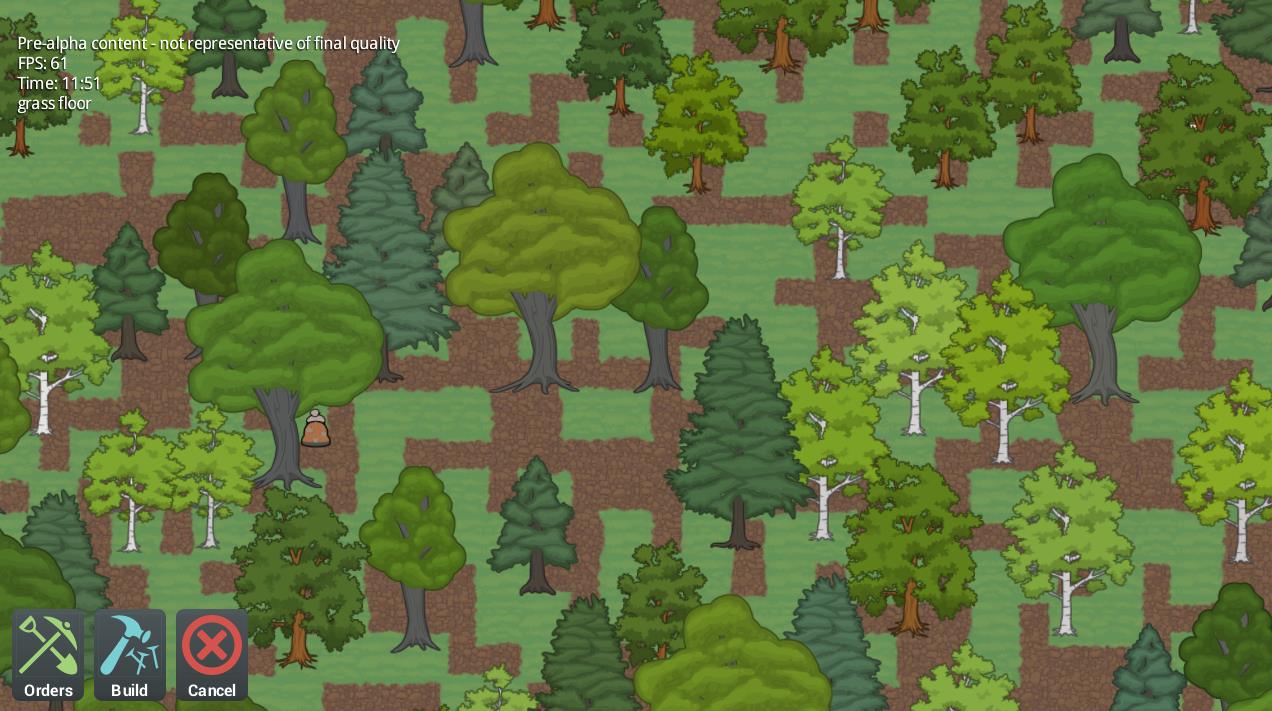 You'll notice that copies of the same type of tree have slightly different coloration of the leaves and trunk/branches. Each species of tree has a colour swatch for the branch and leaf layers, made up of a small number of pixels (currently 1 pixel tall and 4 pixels wide but it can be any number), looking like this for Beech trees (the large round-shaped ones in the pic above):

Modding this is as simple as changing the image files above, and the game then takes a random amount from each pixel to produce a random colour in that range. For the beech branch example above, this produces a range of colours for the tree's branches somewhere within the following: 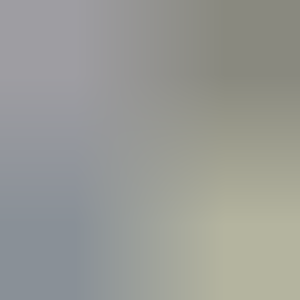 In addition to this slightly different colouring for each individual tree, they're also offset slightly from the grid of tiles that make up the map to help break up the uniformity of where the trees are located. Finally (for this stage of development at least), non-evergreen trees will change the colour of their leaves throughout autumn, using another swatch of colors similar to the above, that for beech trees looks like this:

Currently when it's autumn (but in the future it will also be tied to the ambient local temperature) the leaves change colour going from left to right using a mix of each row, until eventually the leaves fall off, ready to re-grow next spring. You can see this in action in the video at the top of the post.

The plan is to include an animation of leaves falling from the tree, culminating in a large amount of leaves falling to cover the abrupt change to when the tree loses its leaves. This will come later when there's support for particle effects in the game engine.

I've been able to work at a much faster pace this month to get King under the Mountain into a playable state - the current plan is to have a playable alpha at the end of year, followed by reaching out to the press to hopefully bring in a much wider audience for the game. Having said that, I am hugely thankful for everyone that's shown an interest so far! If you haven't already, sign up at Kingunderthemounta.in and you'll only be sent an email from it when we have some information on where or how you'll be able to get first access to the game.

Bonus sneak peek! Thanks for reading this far and following my progress. Although it isn't finished yet, I'm really excited to be able to share a work in progress of the logo that's being designed for King under the Mountain: 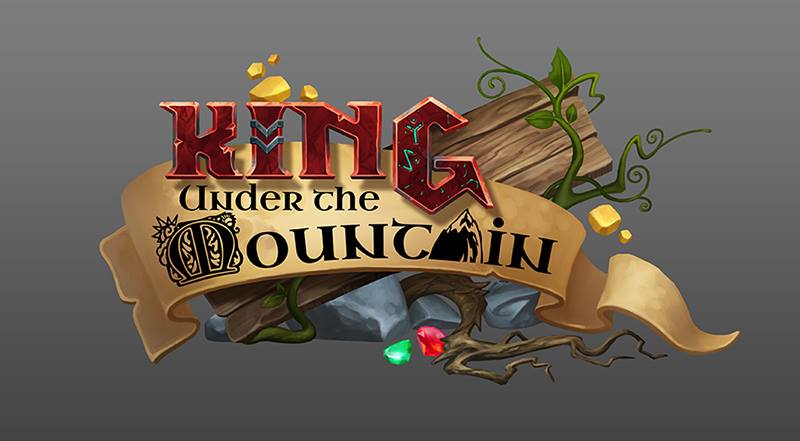 WIP of the title image

This has been created by the extremely talented Anthony Avon who's responsible for lovely concept art you can find decorating this page. Even more excitingly, Anthony is due to start on another large landscape concept piece of artwork so stay tuned to find out about that!

It's the biggest inspiration to be sure, along with (deep breath) The Settlers, Prison Architect, Rimworld, Dungeon Keeper, Theme Hospital, Ultima Online, X-COM and Blood Bowl!

That's really awesome. Have any Spanish translator yet?

Not yet, probably not for a long time until much closer to release when I'll know what text needs translating, but it'll definitely need a Spanish translation eventually :)

When you get to that bridge, consider me to be your company as you cross it.
We'll burn it together afterwards =0)

By this I mean I'm volunteering to help you translate the game to Spanish when the need comes. Then we can set some bridge on fire. Muahahahaha

Thanks for all the shares SenSei :)