The latest update from the Dev Team has arrived. The Team has continued to work towards resolving the issue with Patch 10.1. Your continued patience has been greatly appreciated as we determine the best course of action to bring you this patch. We hope to shed a bit of light on the internal workings of the patching issue, and the progress that has been made.

The latest update from the Dev Team has arrived. The Team has continued to work towards resolving the issue with Patch 10.1. Your continued patience has been greatly appreciated as we determine the best course of action to bring you this patch. We hope to shed a bit of light on the internal workings of the patching issue, and the progress that has been made.

In addition, we've included an update on ongoing Art and Lore related projects. We hope you enjoy a glimpse into the future for Rhyldan that is Condorslug.


Build Update:
We know everyone has been waiting for what seems like forever on the update. We want to say thank you for all your patience and feedback. Currently, we have the new cache built and finished. The current problem is an unusual amount of files that were being saved to the ScriptData file that was greatly slowing down the process. Currently, we are working on building the cab files for the executable. Each time we find additional files that are not needed we have to go through and remove those and start the process over.

Though this may not seem like a lot of work, here are some basic numbers to give an understanding of what we are cleaning up:
187,352 revision files saved to the ScriptData directory (non HE version files).
39,752 are the current non HE versions

There were a few custom scripts that we found that were creating unique revision history files (with unique extension name every time) with each save that we made from Quest/Missions to dialog to NPCs. This is a lot to have built up over the years, and with the recent work, I believe we had finally hit that threshold.

We believe we have found all of these custom scripts and disabled them, and reverted back to using HE's default revisioning system. Once this task of cleaning these up and having a successful build is finished, it will not be an issue any longer.

Steam Changes and Progress:
Steam Changes: For our steam users, we would like to let you know that there have been several changes. Since 2015 October there have been approximately seven updates to the processes within the steam pipeworks API. These updates include but not limited to changes to DPI scaling (currently we have a bug with the scale on the steam clients only), Steam social interfaces, and varies API changes. We have been applying the new changes and process and have updated our processes to match. Additional changes and additions will continue as we push into the new requirements from steam. These changes will help us with clean updates in the future.

Steam Progress:
Even with some of the new requirements and methods, the Process of updating steam is fairly straightforward in most of the build. Since we have the build compiled from that engine we will upload this via Steam SDK into the steam repository. After we will assign this build to our testing branch for Quality Assurance testing prior releasing to the public branch. Once we feel that the build is ready to push forward we will schedule a patch and patch the live production servers. After ensuring the integrity of the servers update we will push the steam to all end users and the update will be complete.


Backer Perks:
I want to start off with an official thank you to everyone who backed The Repopulation be it Early Access or one of the many rounds of Crowdfunding. If it were not for your generosity, and support we would not be where we are today. That being said I think it is time for a bit of transparency. Idea Fabrik did not receive the funds accumulated during these fundraisers. Due to this, we will not be able to authorize refunds for said funding purchases.

We want you to know we consider providing you with adequate in-game compensation for your pledges high priority. To do so we've begun cataloging the perk information we were provided by A&BT. This will allow us to properly plan for creating the necessary compensation packages. We'll release more detailed information throughout Alpha and Beta due to the nature of some pledge rewards. Thank you for your continued patience. 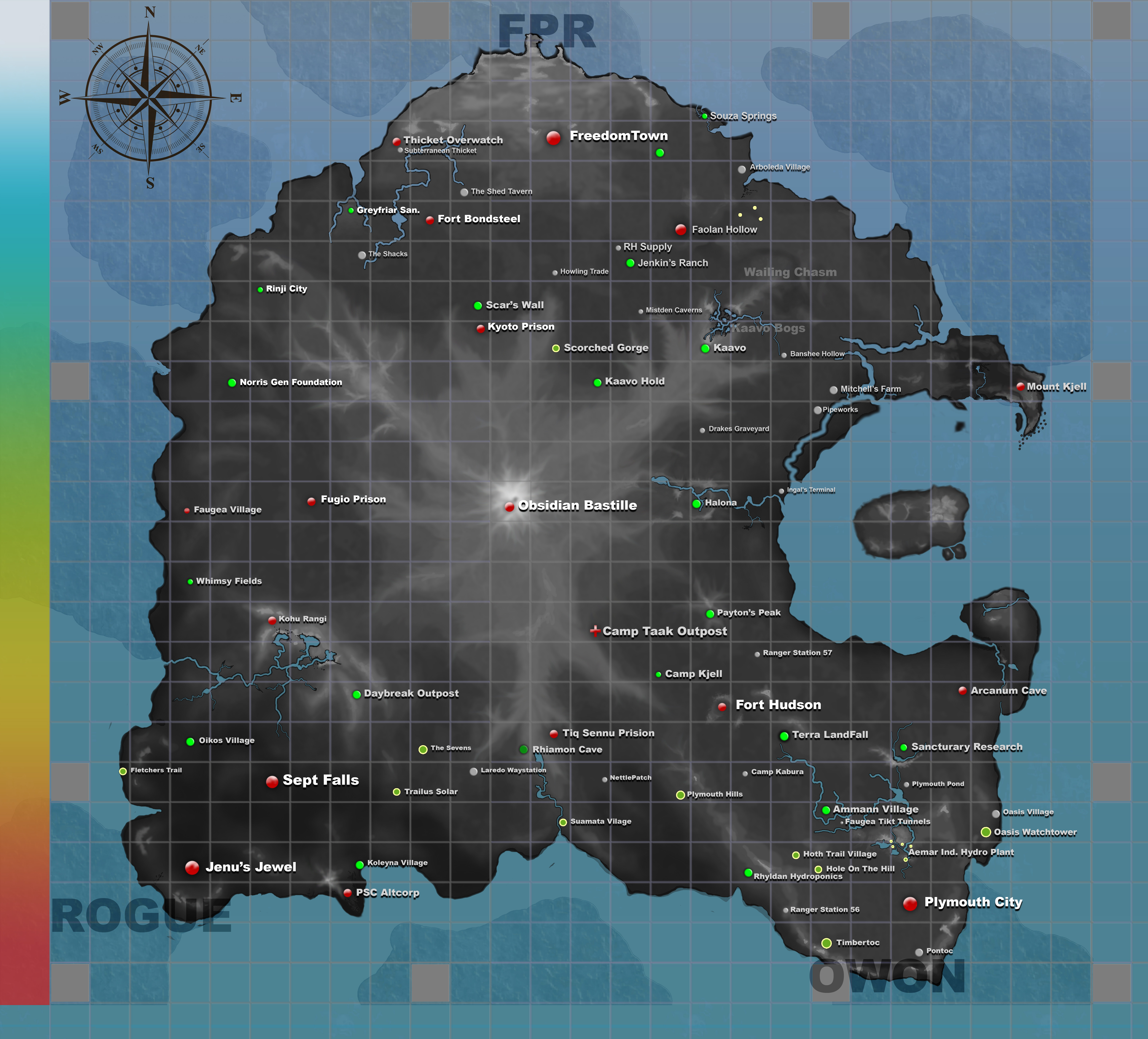 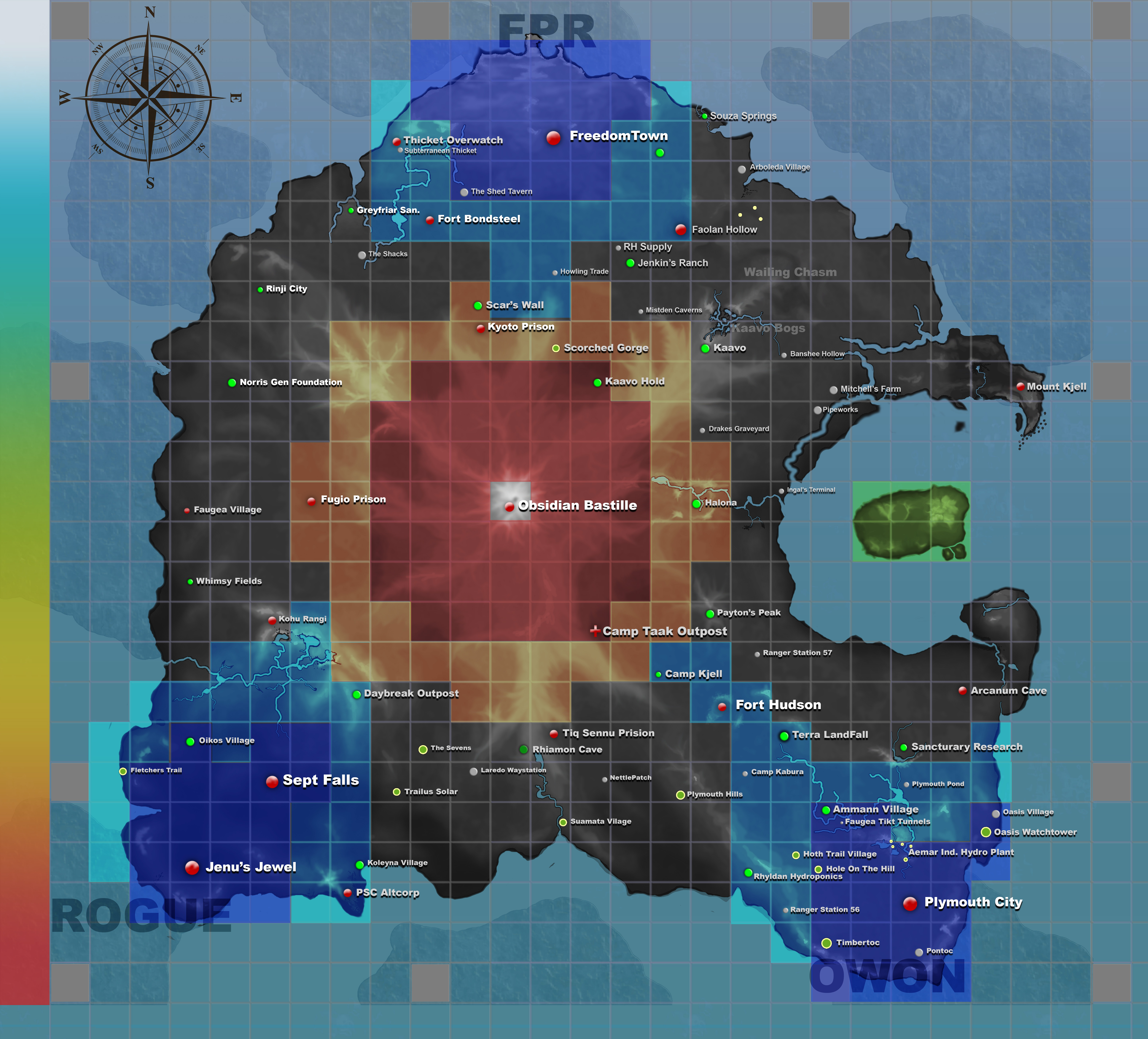 With all new things come change. We invite you to enjoy the change of seasons with a preview of world changes for Rhyldan. As a previous team member with A&BT, I've had the opportunity to witness the evolution of the lore and world design over time. I hope to put to rest any anxiety that the Core Lore would be dismissed. Idea Fabrik has made great efforts to work with original team members to keep the vision of Repop intact. We've also taken into consideration areas of the Lore that were in need of revision.

It has been an eye-opening experience to play a part in planning for the coming world revamp. Please keep in mind that even though the map may seem drastically changed it was done so with Core Lore in mind. Each change planned allows for opportunities to expand not only the in-game world but the Lore itself.

Art Assets:
During the past month, we've continued efforts to update, and refresh art assets. Among the original assets flora, as well as geo features, were recently finished. Our Art Team will continue to create new flora and geo features which include harvestable versions.

Rhyldan is rich in previously unsupported visual Lore. That's why I'm extremely excited to include the news that Art will soon be turning their sights towards buildings and structures in addition to landforms. They'll work to introduce new regional styles that compliment their factions architectural appetites. That's not to say the more common style built from the Northern Star itself shouldn't be considered a marvel of modular construction. We look forward to seeing these visual Lore cues come to life over time.

You'll be able to see the current art cleanup efforts within the 10.2 update and beyond. New art assets will make their way slowly top side after 10.2 with the revamp.

To view and reply check out our forum post HERE.