Here, we outline some of the new features and elements of the Sengoku mod. Today's new feature is: Shrines. 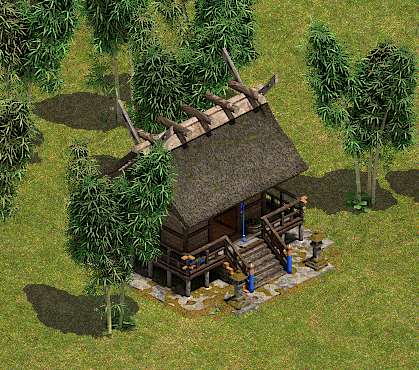 Throughout Japanese history, shrines have been a very important part of peoples lives. Dating back from the Yayoi period, the Japanese have worshipped different 'gods' called Kami. Though not gods in the deity sense, Kami were more spiritual beings that could exist in the world, and also live inside other people. These Kami were often worshipped for spiritual matters, and different kami offered different blessings. Small shrines were originally built to attract the good Kami, especially in the farming community, where they hoped the Kami would bless their crops. The practice of worshipping Kami, is called Shinto, and in 905 CE, Shinto rites and rules were compilated by Emperor Daigo.

Shrines were built to enshrine the Kami and the spirits, and offer them a sanctuary. The shrines were usually protected from evil spirits with a Shimenawa, or a Tori gate. After Buddhism was introduced to Japan in the 6th century, Shrines took on some element of Buddhist temples (such as Toro, Komainu and the Kairo), but remained unique in their own way. Shrines were mostly built from the sacred Sugi tree, which is the national tree of Japan.

Shrines were continuously built through out the Sengoku period and rich Daimyo would often build their own. Probably one of the most famous ones, built by Tokugawa Ieyasu to house his families resting place, is the Nikko Toshogu Shrine near Tokyo. Most shrines were kept in their traditional form, and often elements would simply be repaired instead of being rebuilt. Many of the shrines today are still the original shrines built 100's of years ago, or just expanded.

For Sengoku, we felt this was too much of an important building of Japanese cultural history to be left out. The shrine is available in the 1st Rank (Saru), and can train Miko, house Mikoshi, and research unique technologies. Shrines generate a very small amount of honour per second. Shrines have no limit to how many can be built, and cost 175 wood. 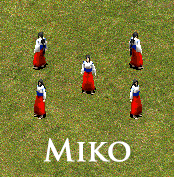 In Shinto, Miko's are shrine maidens, who not only assist the Kannushi in running the shrine, but also take part in spiritual ceremonies, such as the Kagura dance. They were essentially shamans, and had to go through many rituals and tests before being able to become a Miko. During the Sengoku period, some Miko would even travel the country and conduct spiritual ceremonies for people or engage in other activities. There is a lot of history regarding the Miko, which I won't go into here, but it's certainly worth reading about if you're interested.

In Sengoku, Miko are a trainable unit which can only heal units and pick up relics. They however, cannot convert enemy units. They are the most powerful healing unit in game, so it's great to use them early on if you can afford, to help heal any villagers or soldiers hurt in battle or vs wild animals. Mikos cost 80 gold and have 50HP, which can be increased via techs. 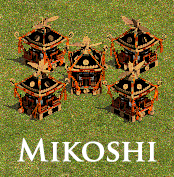 The Mikoshi, is a shinto relic, and is believed to transport the Kami around either when travelling between shrines, or during a festival. They were usually made to look like a mini buildings, with it's own Tori gates, roof, and usually a large bronze or golden bird on top. Each large shrine has it's own Mikoshi, and each one is unique in it's own way.

During Festivals or 'Matsuri', Mikoshi bearers would transport the Mikoshi around using wooden supports and perform many different chants, and put on different perfomances. These festivals were performed to help spread luck and bring good spirits to people in the local area.

Unfortunately, due to the way the AOK engine works, it's pretty difficult to implement this type of function with many Mikoshi bearers. However, not to worry! Our Miko has extra special Kami strength, and can carry them all by herself.

An important thing to note about Mikoshi; they now generate our new 5th resource: Honour (more on that in another article), NOT gold. 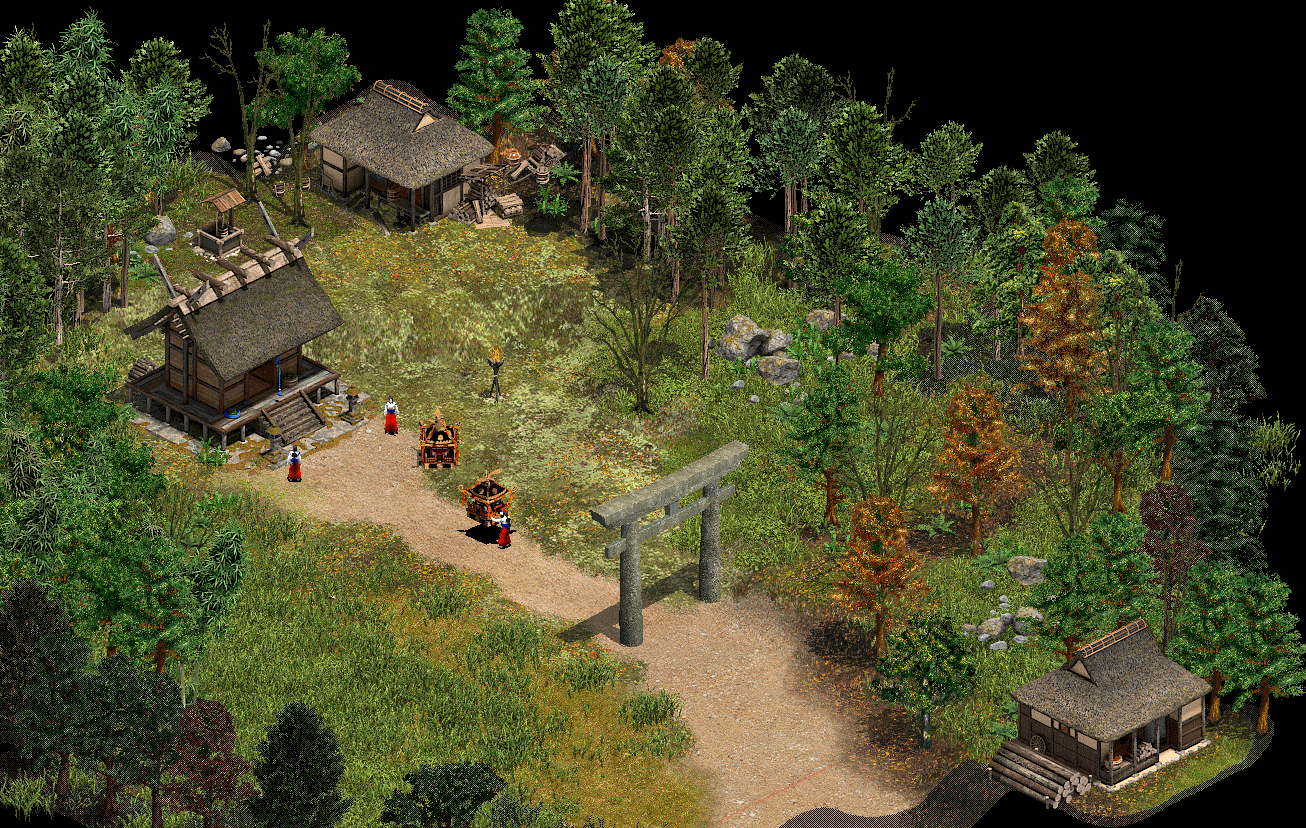 A bunch of Miko standing around doing nothing, whilst watching the other one strain her back trying to carry a Mikoshi. (WIP screenshot)

Ok, time for the nitty gritty. What does it do? This is what your shrine may or may not look like during the Daimyo rank.

On the top left we have the trainable Miko, on the bottom we have one off techs. On the right, we have new special techs, which are recurring techs which you can 'research' whenever you want once you've met the requirements. The techs and units available by rank are broken down below:

The repeatable techs will be available from Karo, and are as follows:

Matsuri - Hold a Matsuri in your village - Gives 1000 Honour

So... there you have it. We wish your Miko much luck, and try to keep them away from enemy Samurai.

What if my samurai find enemy Miko?

I guess he would attack her. Miko can't defend herself so its better to have other units guarding her. We really hope players would fight for relics early on to get advantage.

Will there be any other religious units, lik Ikko-Ikki monks and Shinobi?

Besides Shrine we have two more religious buildings with units available to train from. I guess they will be covered in another article later on. No trainable Ikko-Ikki though.
As for Shinobi, isn't it just another name for Ninja?