Making the UI more pixel artsy! If you're really going for pixel art style, make even the fonts pixel artsy!

So today was spent on mostly overhauling the whole UI. For a newbie/intermediate pixel artist myself, I find it fascinating that in order to make good pixel art, I actually had to reduce the resolution of some of my images. Now as I am writing it down, it seems like common pixel art sense (duh~). Alas, common pixel art sense eludes me. Anyways, here's an example of the new layout, where the high-res fonts have been replaced with more 8bit-like font: 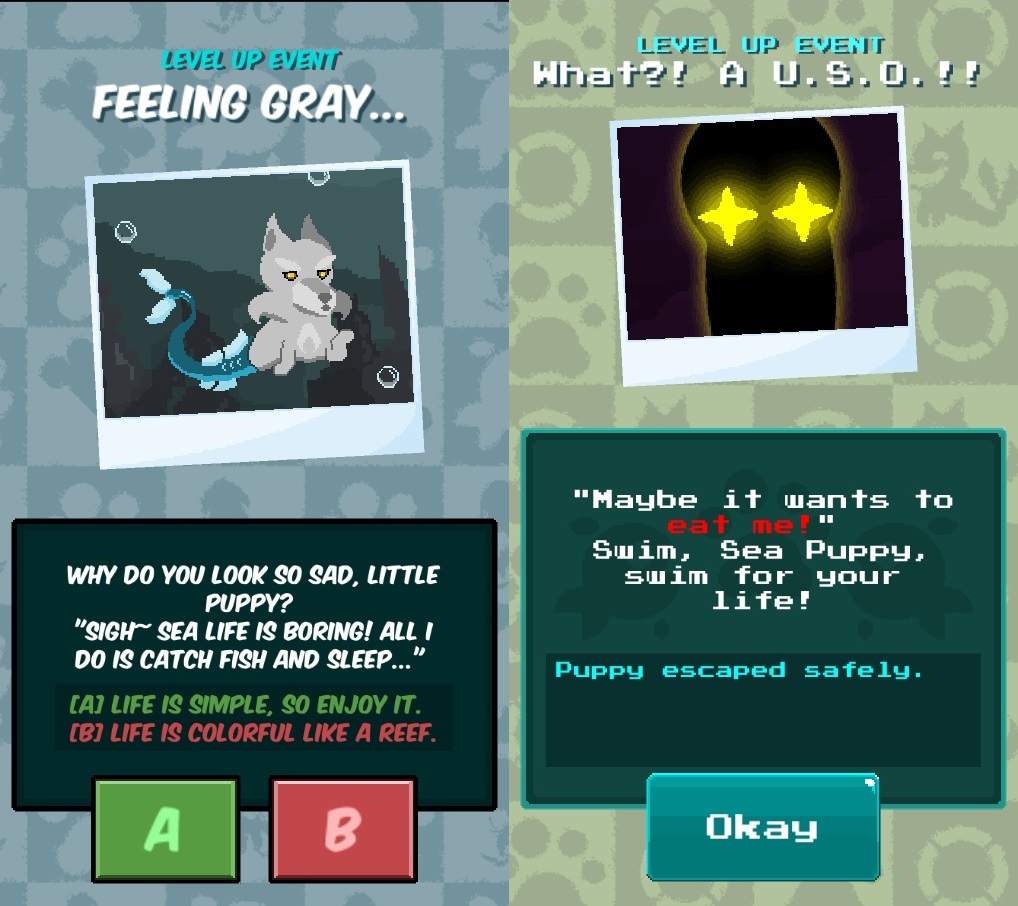 Personally, even though the high-res font looks better by itself, I feel the pixel font just fits better with the rest of the game. I also added some watermark images so the popup doesn't look too empty if it doesn't contain a lot of text. One thing I did have trouble with, it feels like the heavy-weight pixel fonts are fatter than the previous one I'm using. Notice how 4 words using that bold pixel font eats up an entire line! I tried using a skinnier pixel font, but it was too thin and hard to read, so I had to go with the current one. I'd probably have to rewrite all the text in the story database so it can fit inside the popup (sigh~).

Another thing I changed was the buttons. The new buttons look glossier now, and removing the black border made them feel lighter/easy on the eyes.

Anyways, the moral lesson(s) for today is:

"If you're really going for pixel art style, make even the fonts pixel artsy!"