Exciting news from the Post Script camp. A beta build of Post Script: Episode 1 is with testers, ready for polishing, and almost set for its release. I'm happy to announce the mod will be available on Friday 18 December 2009.

There are plenty of tweaks to make before unleashing Episode 1 on the world. One of the puzzles doesn't seem to make much sense, so that will be altered. The current art pass isn't fantastic. You can fall out of the game world on a couple of occasions.

But I'm generally really happy with how this is turning out. The length is pretty much exactly as I imagined for each episode - between 10 and 20 minutes if you explore everywhere - and the environments and characters really seem to be coming to life.

On the environments front, here are a few more in-game screenshots. 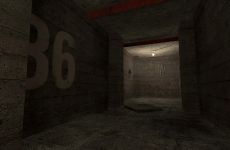 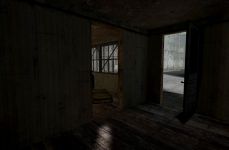 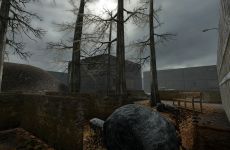 To coincide with today's news, Post Script has a new website. The development blog will continue to run, but this is a nice, handy hub for all your Post Script information. New episode pages will arrive as and when each instalment approaches.

Additionally, the mod has been getting a bit of lovely attention in the press. Rock, Paper, Shotgun say they're interested to see how it turns out, Default Prime say it's going to make you think about something important, and Podcast 17 - on the whole, at least - seem to think it looks "amazing". Games Modding interviewed me about the mod, and I appeared on Game Central's podcast to talk about it all in some length.

And that's pretty much all for now. Let the countdown begin. Man. I hope this ends up being halfway decent...

i dont think your going to disappoint with the content...but the length is going to have us begging for more.

The 18th? Great! If it's out on time, it'll be a nice treat after my last exam of the semester.

I still don't know what the gameplay will be like.

Guess I have to find out!

Not really, I've discussed it in a few places.

It's exploration, mainly, with a couple of lightweight environmental puzzles. Think The Path with a tiny smattering of Penumbra.