Screenshot of the Hero Boss fighting the Villain in his last respective stage.

Posted by GeekSlothGames on Nov 4th, 2014 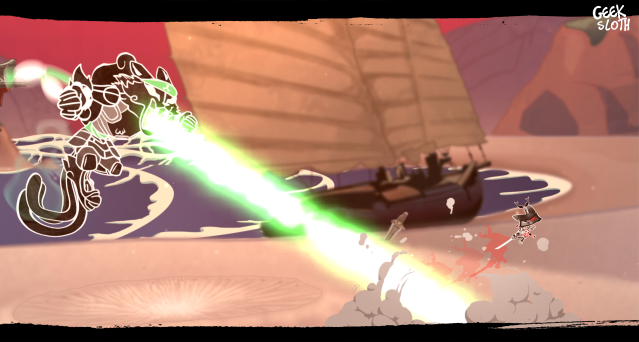 So it's been a while since we last uploaded a screenshot. We already showed this one of our Facebook and Twitter but we thought it would be cool to show some more stuff on here as well. Hope you guys like it, it's a new look at one of the Boss fights. Let us know what you think and maybe you have some good suggestions on how to improve upon the game.