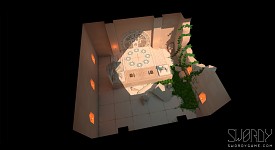 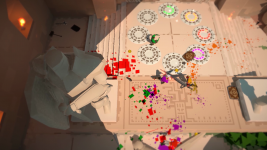 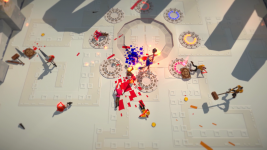 We have upgraded to Unity5 – the new lighting (GI) system is awesome! The new physics is a pretty massive performance improvement for us being heavily physics based.

We have switched from FMOD to the Fabric – a bit easier to work with being properly integrated into Unity and having documentation.

Been setting up a unobtrusive tutorial system, which will hopefully only help out players that it detects are not grasping the controls – needs testing!

Also cleaning things up and getting ready for trying out some gameplay changing features: duel wielding, “grabby hands”, projectile weapons, stamina and a “dash” ability.

As always all previous Screenshot Saturday images are here.