New level! Cloud shadows! Falling water! Fun times are had by all.

Hello friends. Yesterday I finished the 5th level! It took much longer than anticipated because it’s actually 10 separate maps connected together. It includes some simple but hopefully interesting puzzle mechanics.

It also advances the story through notes and several text conversations scattered throughout. 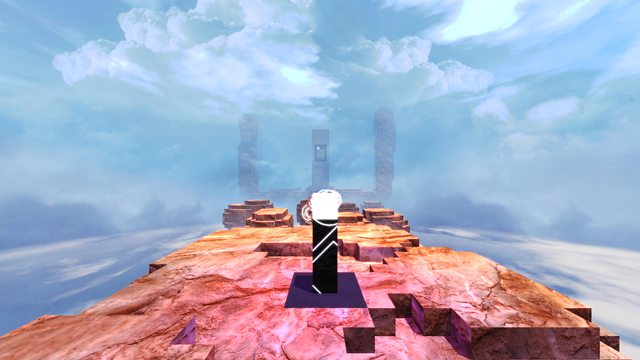 It’s hard to see in screenshots, but I added a subtle cloud shadow effect as well. It doesn’t respond to the actual clouds, so in a sense it’s slightly faked. Because of that I was able to do the projection easily with a ray-plane intersection rather than a full matrix multiplication. Here’s the shader code, edited for clarity:

Here’s the effect in action. It’s pretty subtle and easy to miss.

I already started on the next level. My plan calls for a night scene with falling water, so Thursday I worked on the beginnings of a cute little waterfall effect. It’s just a Blender model with the UVs stretched so that the texture moves faster as it reaches the bottom.

Waterfall is thinking with portals?