Lots of new screenshots to show off for Spoxel with our progress over the last few months.

There have been a mountain of updates since I last posted on Indie DB! This post is going to be pretty screenshot heavy so hold on to your seat belts! 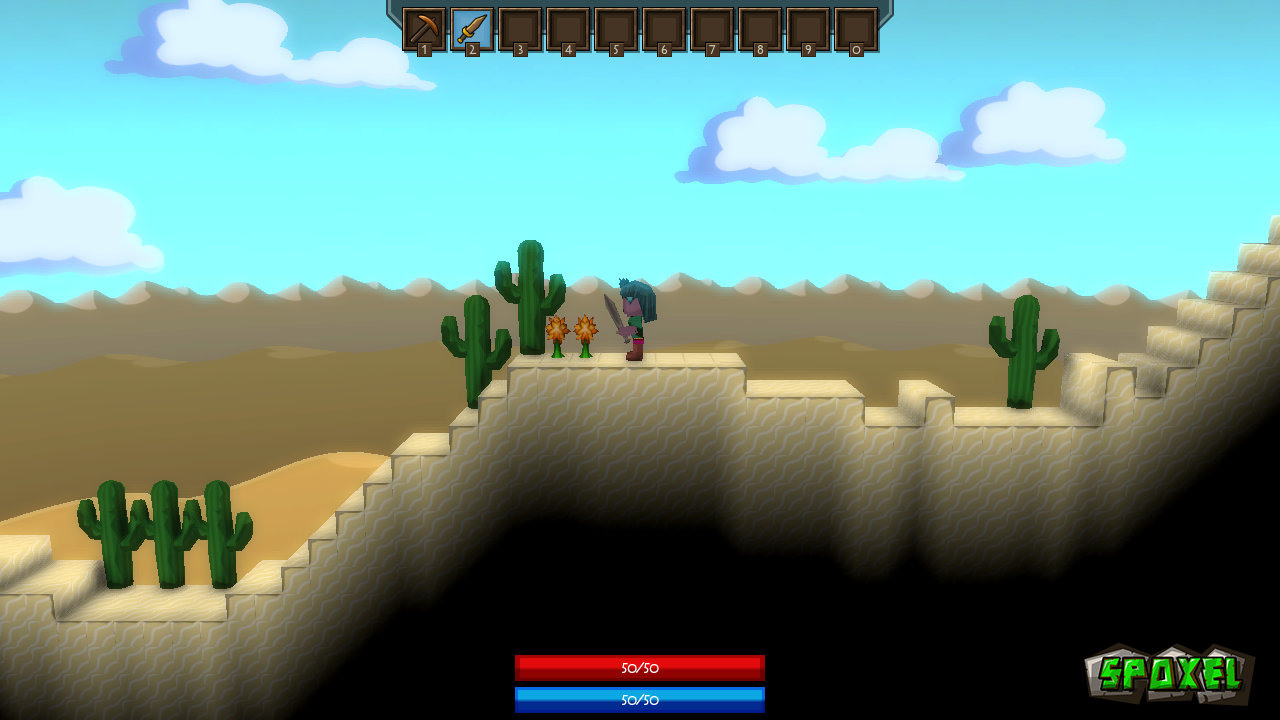 The underworld biome also has a number of improvements since I last posted it on here including fluid rendering. 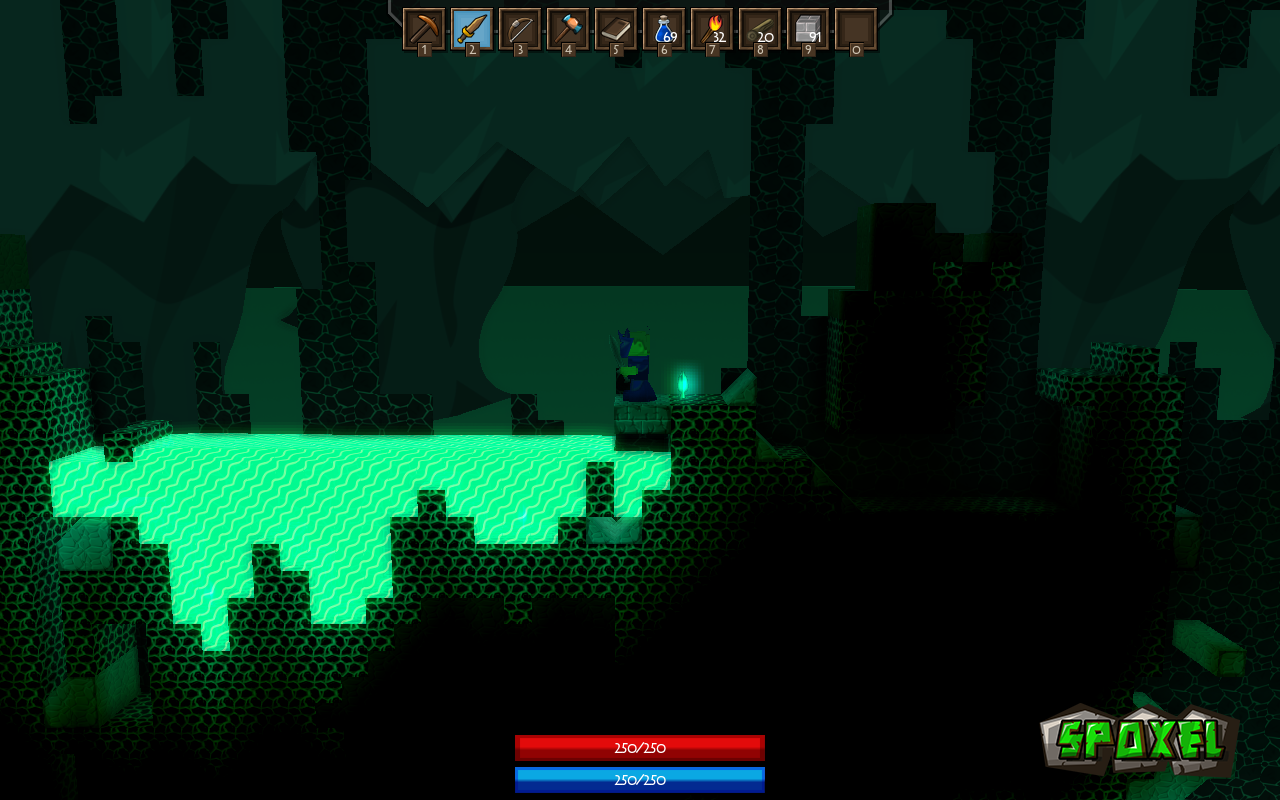 I've been working on the jungle biome and completed some new tree models as well as added a vine growth type to the plant system. 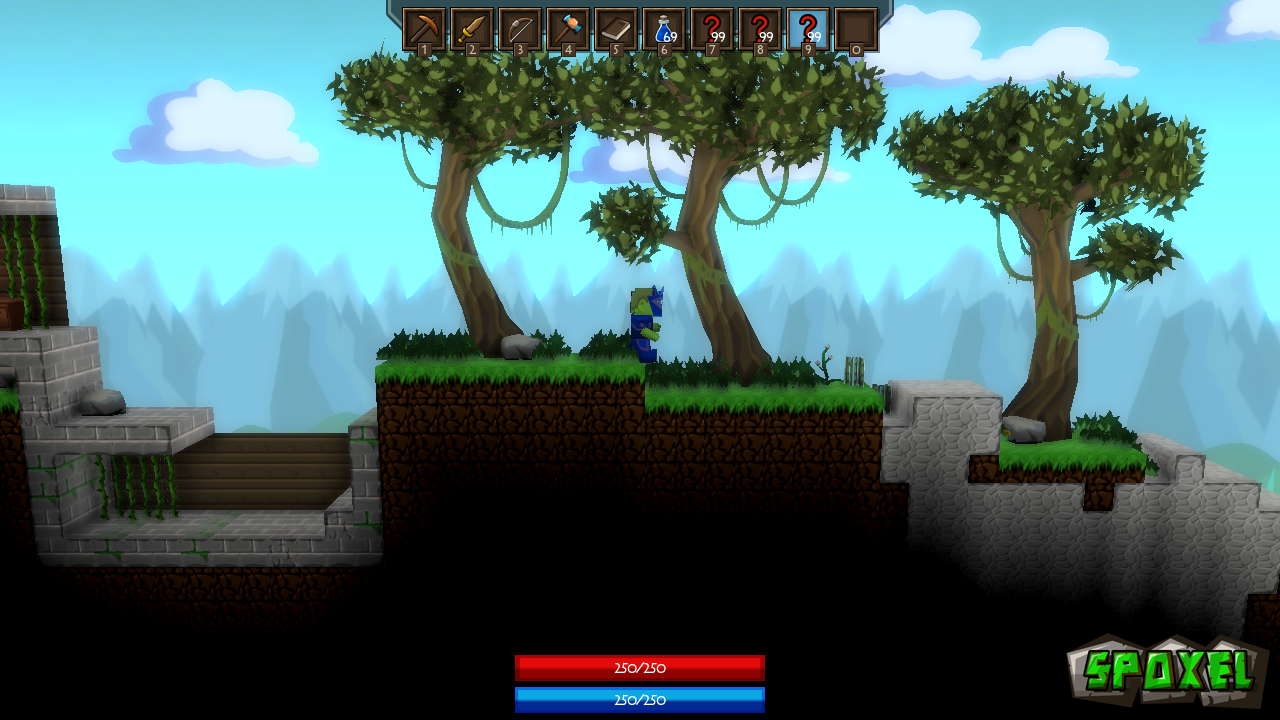 I've added a new "Decorator Hammer" tool which lets you set block shapes as well as push blocks into a in between layer that doesn't have collisions. I'm still looking to add a few different block shapes to this list. 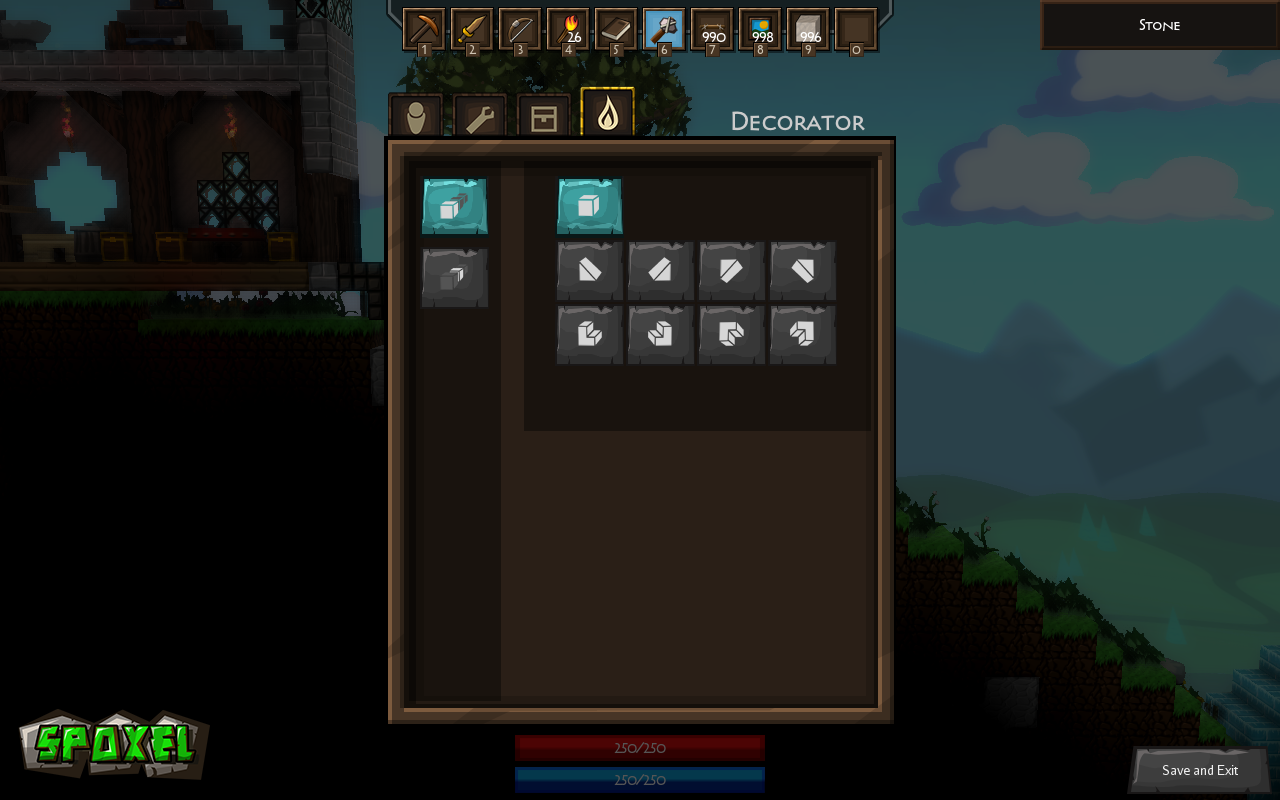 All of the dungeons are getting a cosmetic makeover. Next on my list is the frost dungeon. 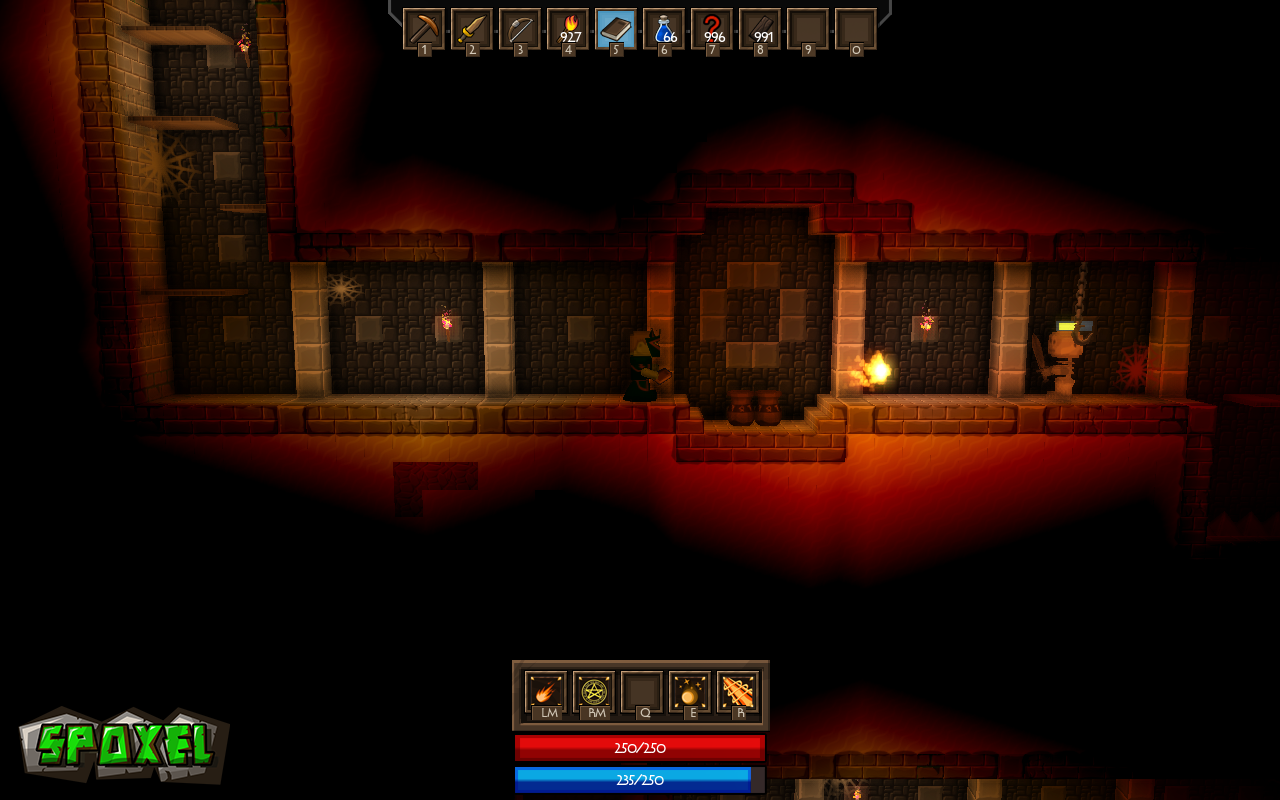 I've added a couple of new spell components. I've reworked some of the mutators so you can now add different things to your projectiles like flaming sheep. In this screenshot you can also see the green "light" effect which places spell lights to light up your surroundings. 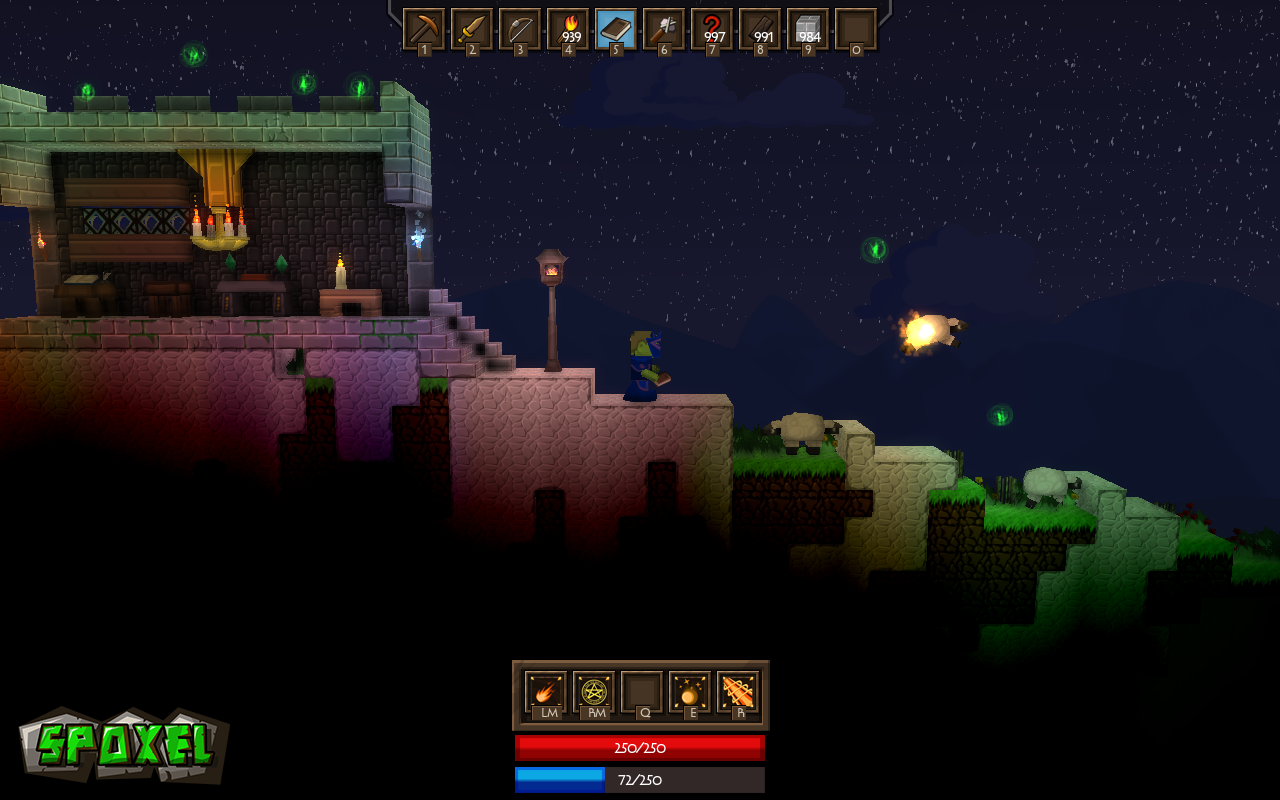 I've been adding a number of new cosmetic blade options such as the Greatshark Blade. Why hit your enemies with a sword when you can hit them with a shark? 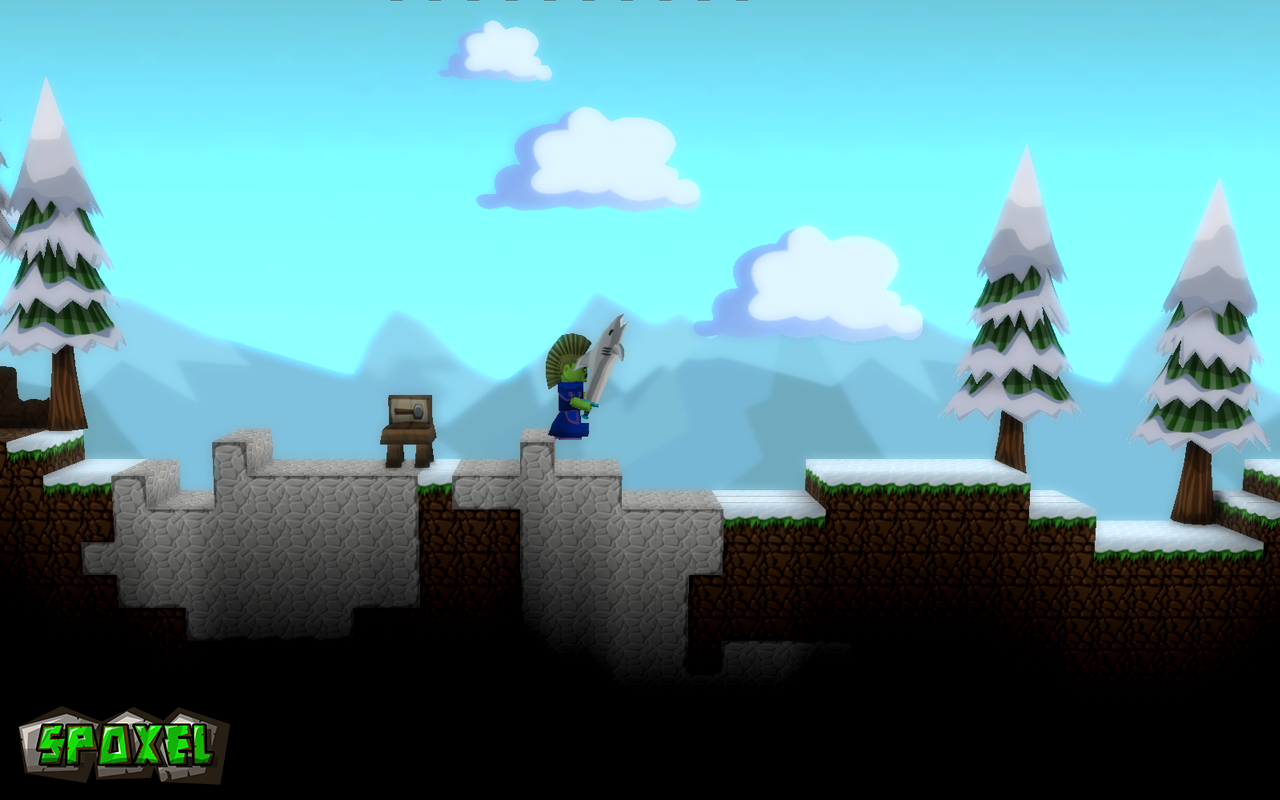 I've also decided to rework the character models in the game. There is still a lot of work and changes to make but here is a quick sneak peek! 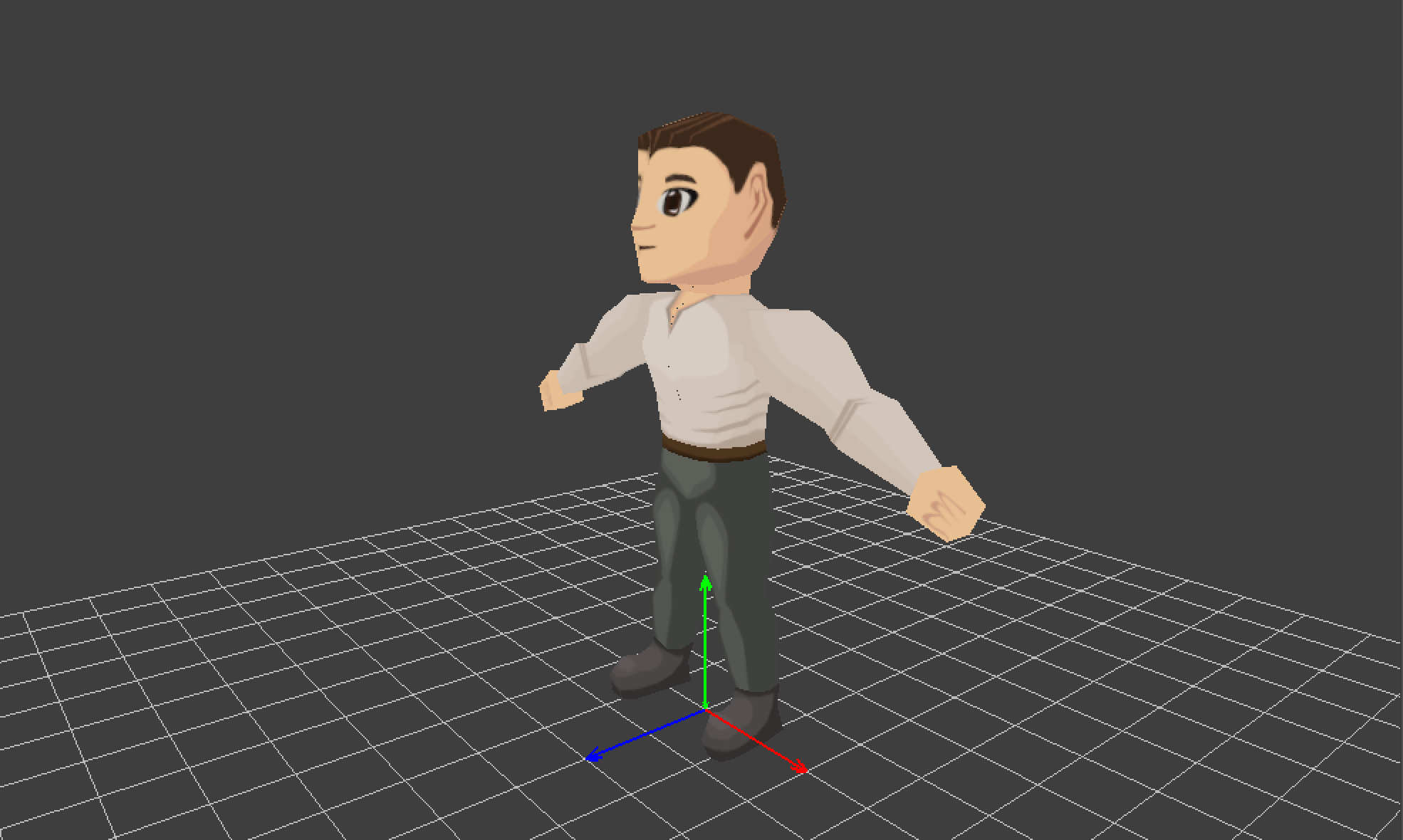