Burgundii (Burgunds; Burgundiones; Burgundians)
The Burgundii were a tribe of germanics who,by the first century C.E., lived in present-day
central Poland. In about 260 they settled in present-day south-central Germany. In the
fifth-sixth centuries, they held two kingdoms in western Europe with close ties to the
ROMANS, one along the Rhine River in western Germany, with a capital at Worms; and one
extending from the Rhone River in present-day eastern France into western Switzerland, with a
capital at Geneva. In the early sixth century it became part of the empire of the Franks. The place-name Burgundy (Bourgogne in French) from the tribal name was applied to varying types of political divisions kingdom, duchy,and countyswith varying boundaries through the Middle Ages, which eventually evolved intoa region in east-central France. The name Burgundians can refer to the ancient Burgundii
tribe or to any inhabitants of Burgundy. 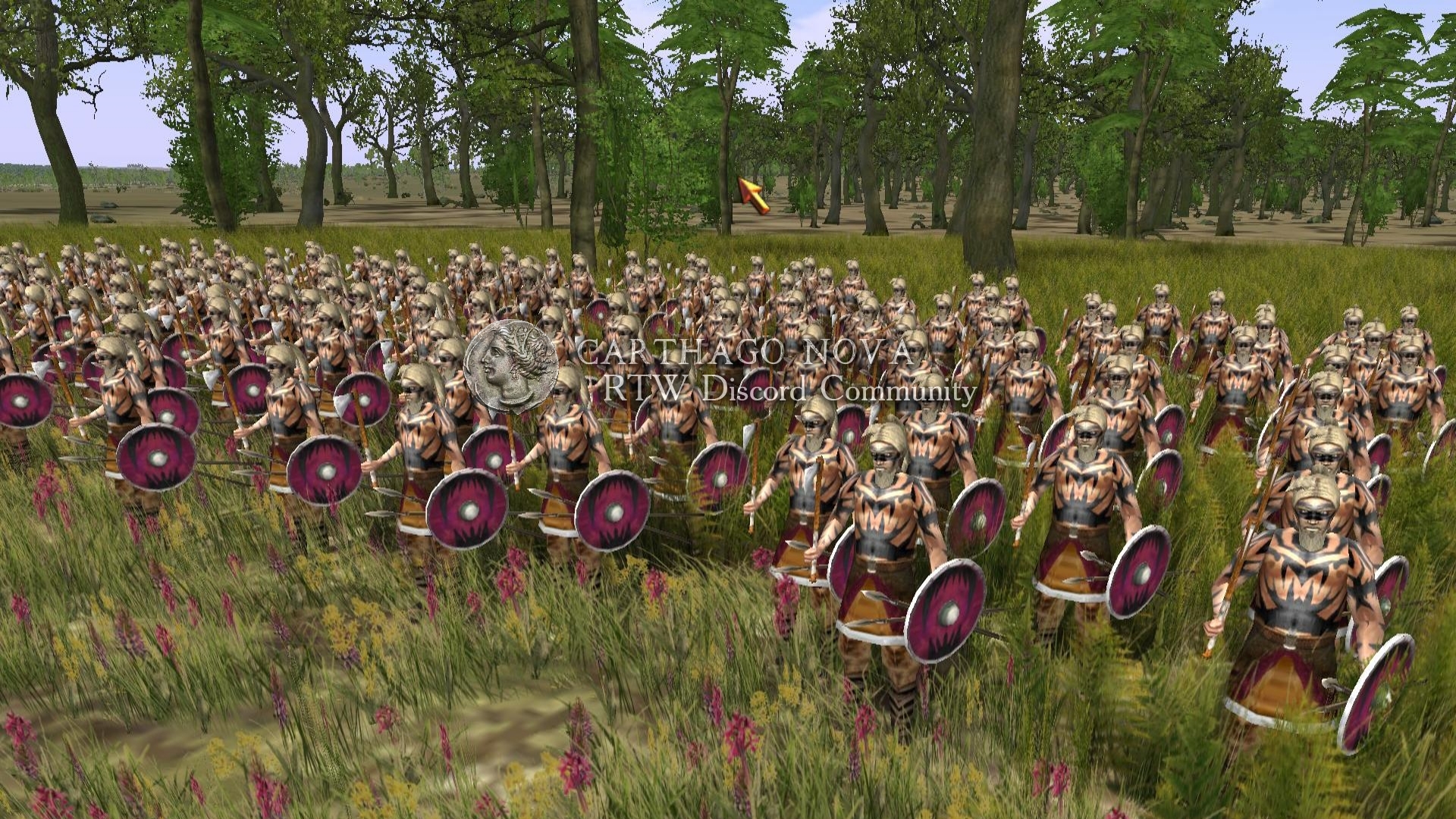 ORIGINS.
The Burgundii are thought to have originally lived on the south shores of the Baltic Sea; the
name of the island of Bornholm (formerly Burgundarholm), now part of Denmark, might
be taken from their name. They lived along the Vistula, Oder, and Warta Rivers in present-day
Poland by the first century C.E. and are thus grouped with other East Germanic peoples and
are perhaps related to the Goths. When in Germany, Burgundii claimed descent from the
Romans, who may have named them after their border fortifications known as burgi (such
descent would make a connection to Burgundarholm uncertain). 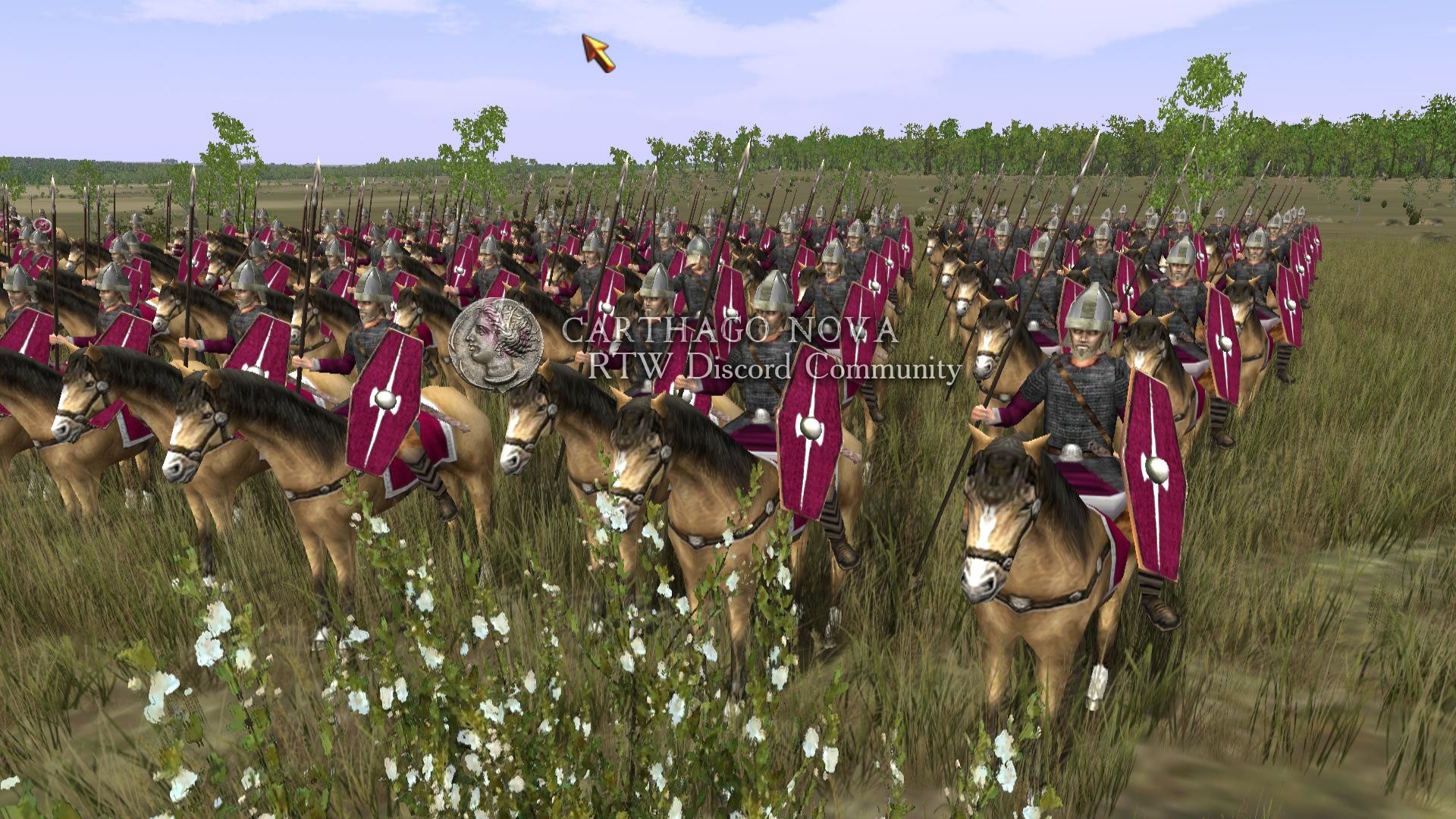 LANGUAGE.
The Burgundii spoke a Germanic dialect, referred to as Burgundian; it is thought to be
related to dialects of other East Germanic tribes, but this connection is hypothetical. 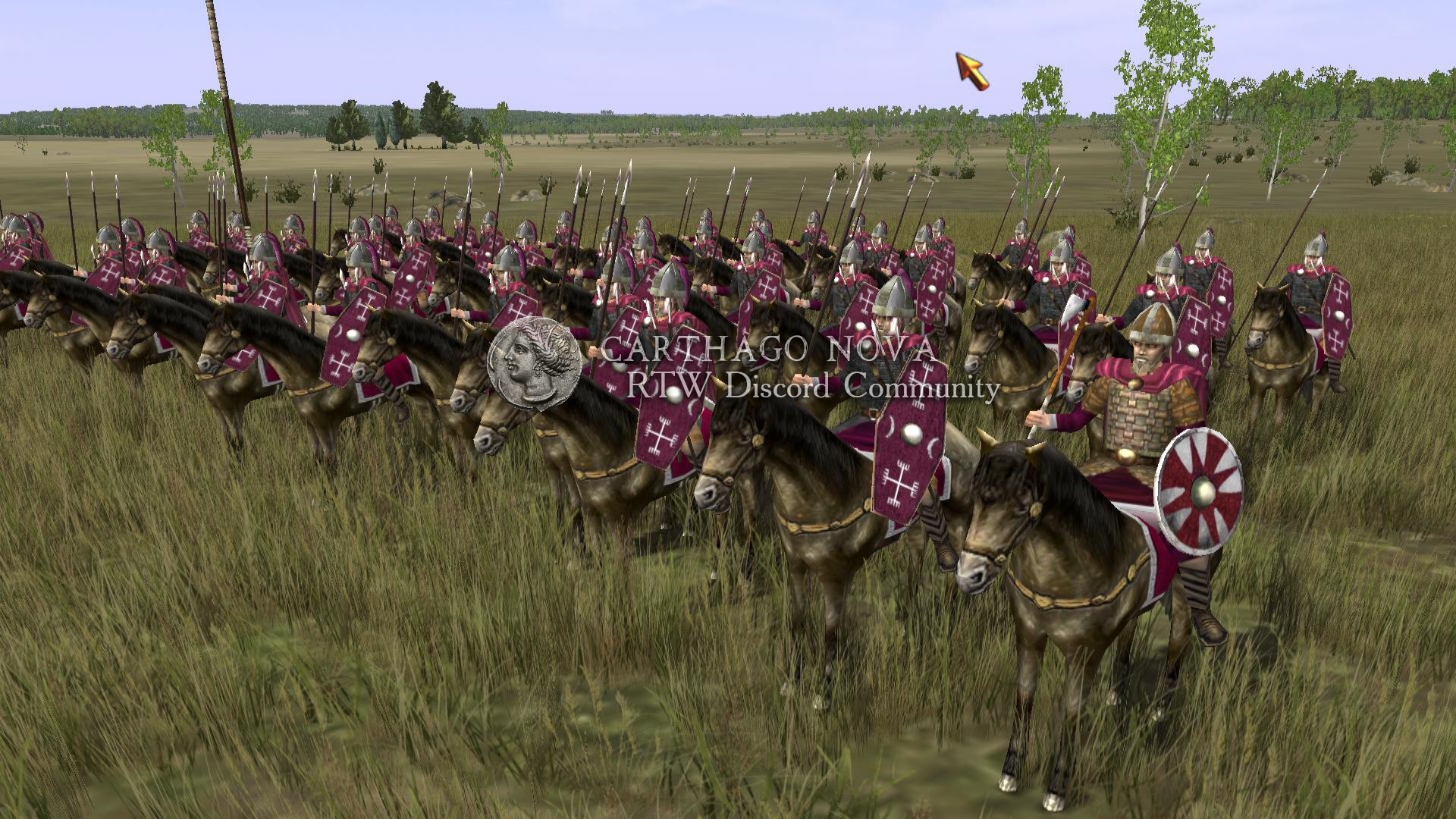 HISTORY.
The Burgundii, similar to the vandals, had only long-distance contact with the Romans as
compared to many other Germanic tribes closer to the imperial border. They are thought to
have played a role in the important trade in slaves to Rome, capturing slaves in their raids
(long a Germanic custom) for sale to tribes to their west, who became wealthy as middlemen.
Emulation of their wealthy neighbors (and possibly pressure from the latter) may have
caused them to increase the rate of raiding; weapon-rich burials in their region show that
warfare became more important among them than ever before. The Burgundii are thought to have migrated westward into Germany from their homeland in Poland in about 260 C.E. because of pressure from the Gepids, an aggressive and warlike Germanic people who had migrated from Scandinavia to Poland in the previous century. The movements of the Burgundii at this time took place in the context of migrations
and displacements of peoples all over Germania (as the Romans called the Germanic territory outside the empire), which had been set in motion by the aftereffects of the Marcomannic Wars between Germanic peoples and Rome in the second century. Many Germanic tribes had joined for mutual aid into aggressive confederacies with large armies, leading to warfare on a larger and more devastating scale than the tribal raiding of the Germanic past. Some Burgundii in this way may have joined the Goths, one of the greatest of these tribal confederacies, which formed in the Black Sea region to the southeast. Those who traveled west battled the Alamanni, another confederacy, and settled to their south between the upper Main and Danube Rivers. They also pushed south of the Danube into the Roman province of Raetia in present-day Austria and eastern Switzerland but were defeated in 278 by the Roman emperor Marcus Valerius Probus. In 380 the Burgundii gained territory from the Alamanni between the Main and Neckar Rivers. 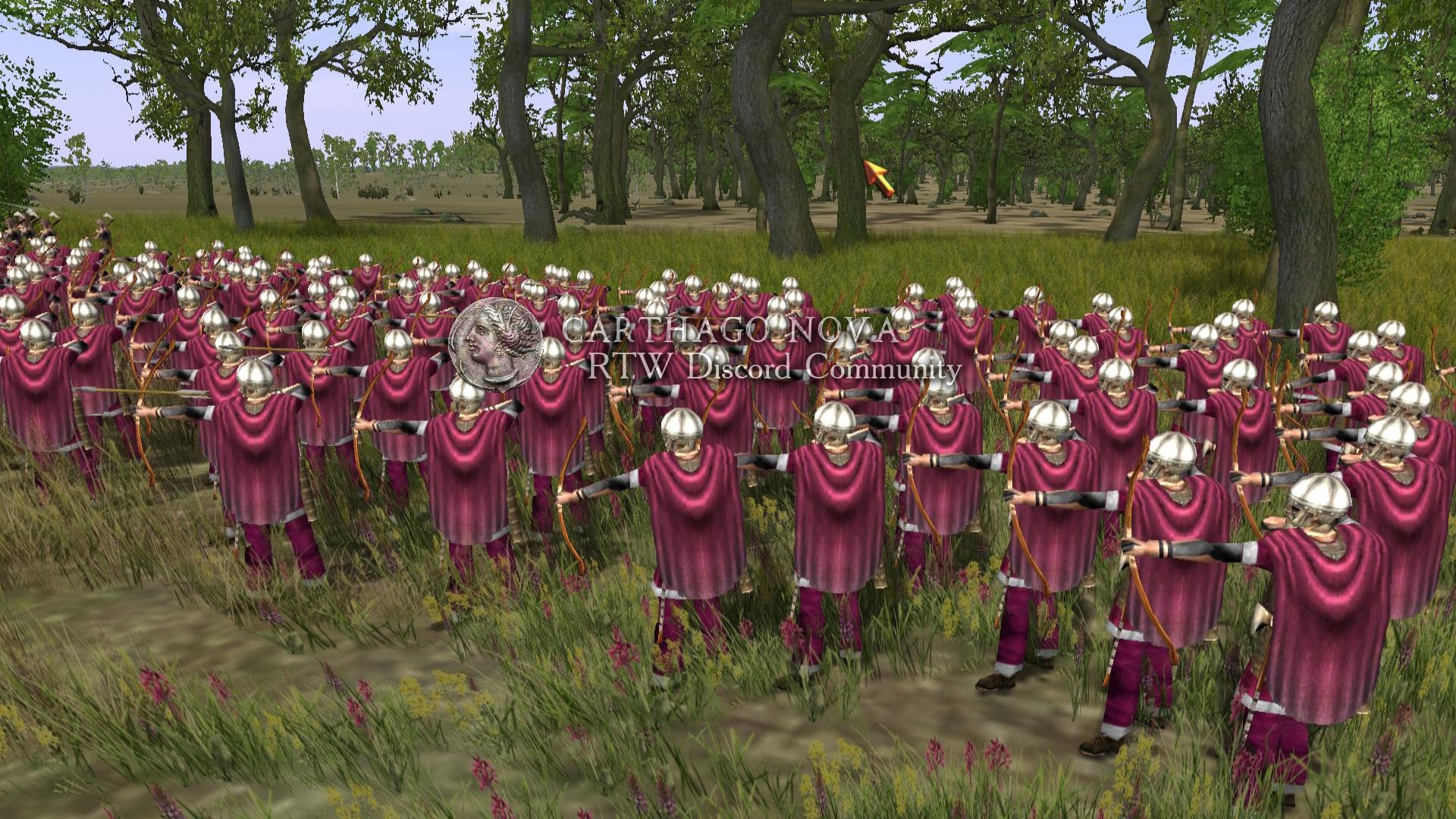 413 Burgundian kingdom established under Gundicar along Rhine River
with capital at Worms.

443 Burgundian kingdom established along Rhone River in France and extending to Switzerland, with capital at Geneva; referred to as First Kingdom of Burgundy.

506 Gundobad forms alliance with the Franks under Clovis I.

561 Death of Chlotar leads to partitioning of kingdom of Burgundy.

843 By terms of Treaty of Verdun, Burgundy becomes Lorraine (or Middle
Kingdom) in subdivided Frankish Empire.

877 Duchy of Burgundy established in north.

933 Burgundy reunited as kingdom of Arles (or Second Kingdom of Burgundy).

1378 Burgundy ceded to France and becomes a province, then a region. 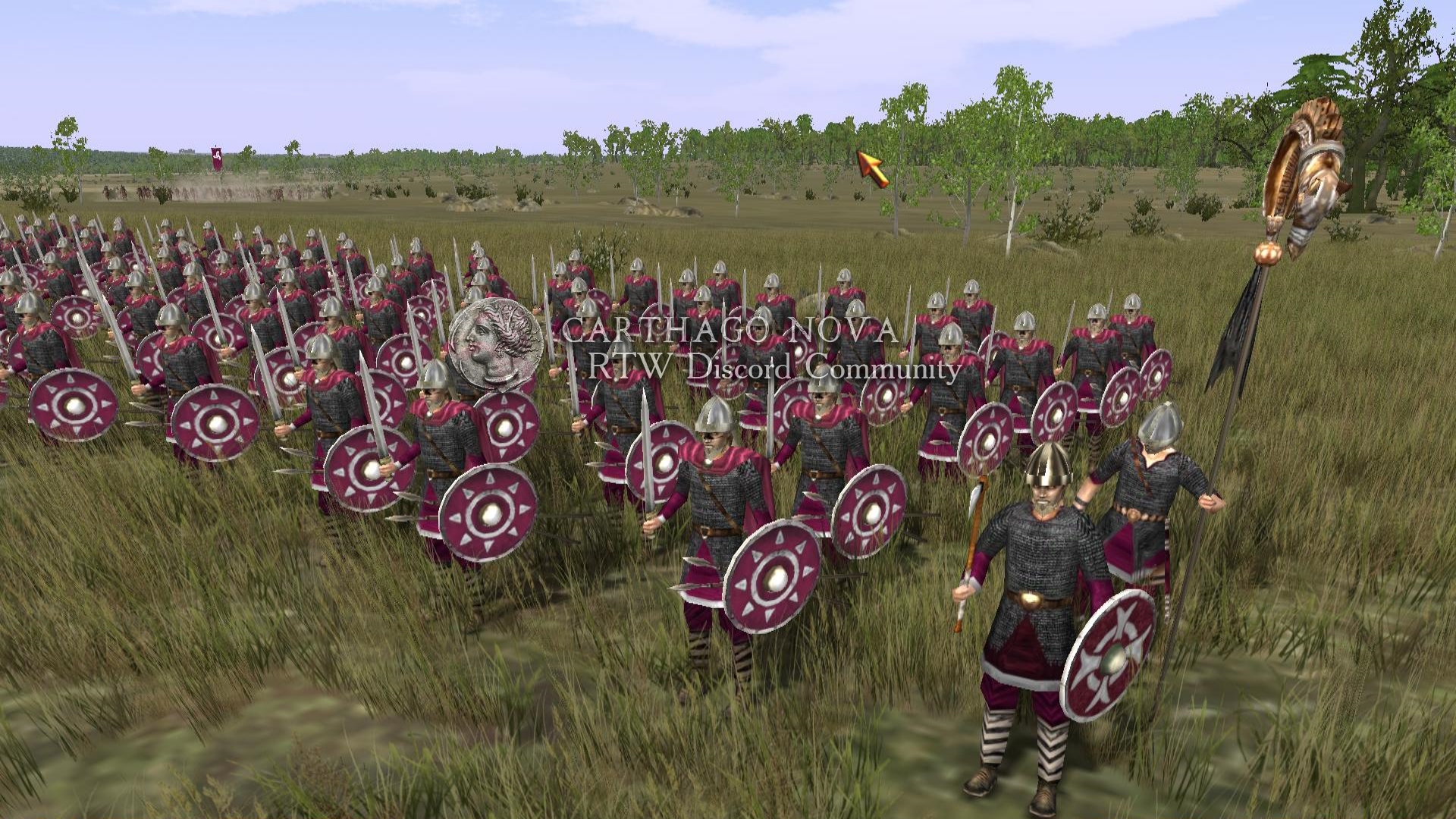 Early Kingdom.
In 407, with pressure from both the Vandals and the Huns, the kingdom divided and some
Burgundii under Gundicar relocated even farther to the west across the Rhine. They were
part of the mass migration of Germanic tribes across the frozen Rhine into Gaul in 406-407,
which was the beginning of the end of Roman control of Gaul. They seized a large area of
eastern Gaul and later attempted to expand into Belgica (roughly modern Belgium). They
established a kingdom with a capital at Worms in 413, the first Germanic kingdom
within the old Roman imperial frontier. Their rule over the indigenous Gallo-Roman population
was moderate, compared to that of other Germanics. They took only such lands
as they needed and allowed Roman institutions to continue under the nominal rule of
Rome. Many Burgundii served as foederati (federates), or auxiliaries, in the Roman army
in various campaigns throughout Europe. Arian Christianity became the official religion.
The community east of the Rhine probably survived well into the fifth century. The
power of the western Burgundii was diminished through a devastating defeat by Huns. In
437 Gundicar of the western community was killed in battle with the Huns, who probably
attacked the Burgundii with the complicity of the Romans under the general Flavius Aetius. 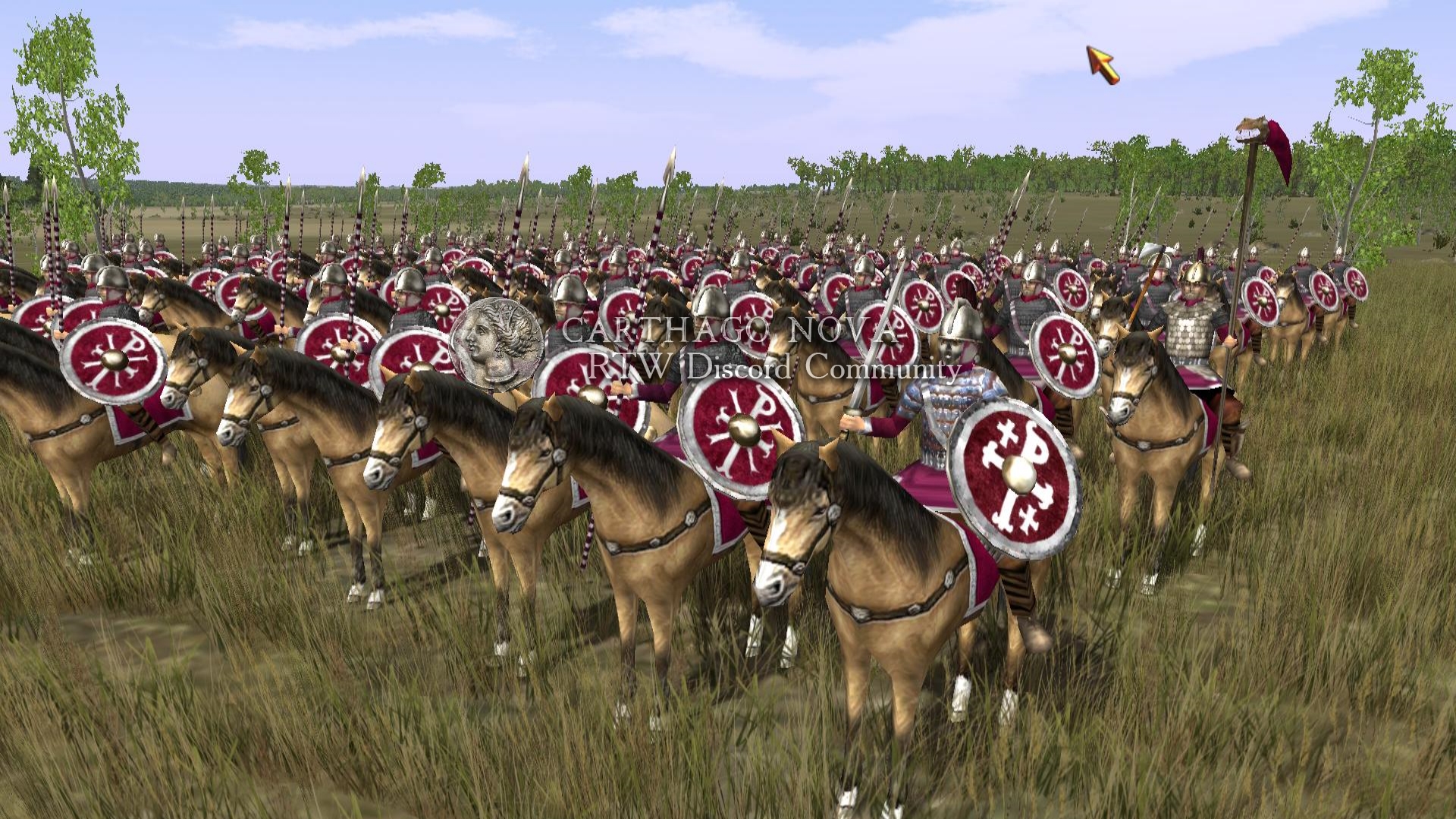 Expanding Realm.
Burgundii fled their Rhine homeland to territory in eastern France, western Switzerland, and
northern Italy. In 443 the Burgundii organized a new kingdom, with a capital at Geneva
(sometimes referred to as the First Kingdom of Burgundy). In 451 tribal members, along with
other Germanic peoples, helped the Romans under Aetius defeat the Huns at the
Catalaunian Fields south of modern Chalonssur-Marne. They fought against some other
Burgundii who had joined the Huns. The Romans allowed refugees to settle around
Lugdunum (modern Lyon) in east-central France. In 471 the Burgundii under Chilpiric
drove the Visigoths from the Rhone valley. They later defeated the Alamanni, expanding
their territory, which at its height in about 480 included the present-day region of Burgundy in
France, territory along the Rhone as far south as Arles, and western Switzerland.
In about 500 the Burgundii were defeated in battle by the Franks under Clovis I, founder of
the Merovingian dynasty. In 506 their leader at the time, Gundobad, formed an alliance with the
Franks, and his niece, Clotilda, became Clovis's wife. Vienne on the Rhone River was the capital
of the Burgundii at this time. The next year the Burgundii helped the Franks defeat the
Visigoths at Vouille, northwest of present-day Poitiers. King Sigismund, son of Gundobad,
converted from Arianism to Catholicism. In 523 he was defeated and imprisoned by the Franks
under Clodomir. Sigismund's brother Godomar managed to kill Clodomir at Vienne in 524. 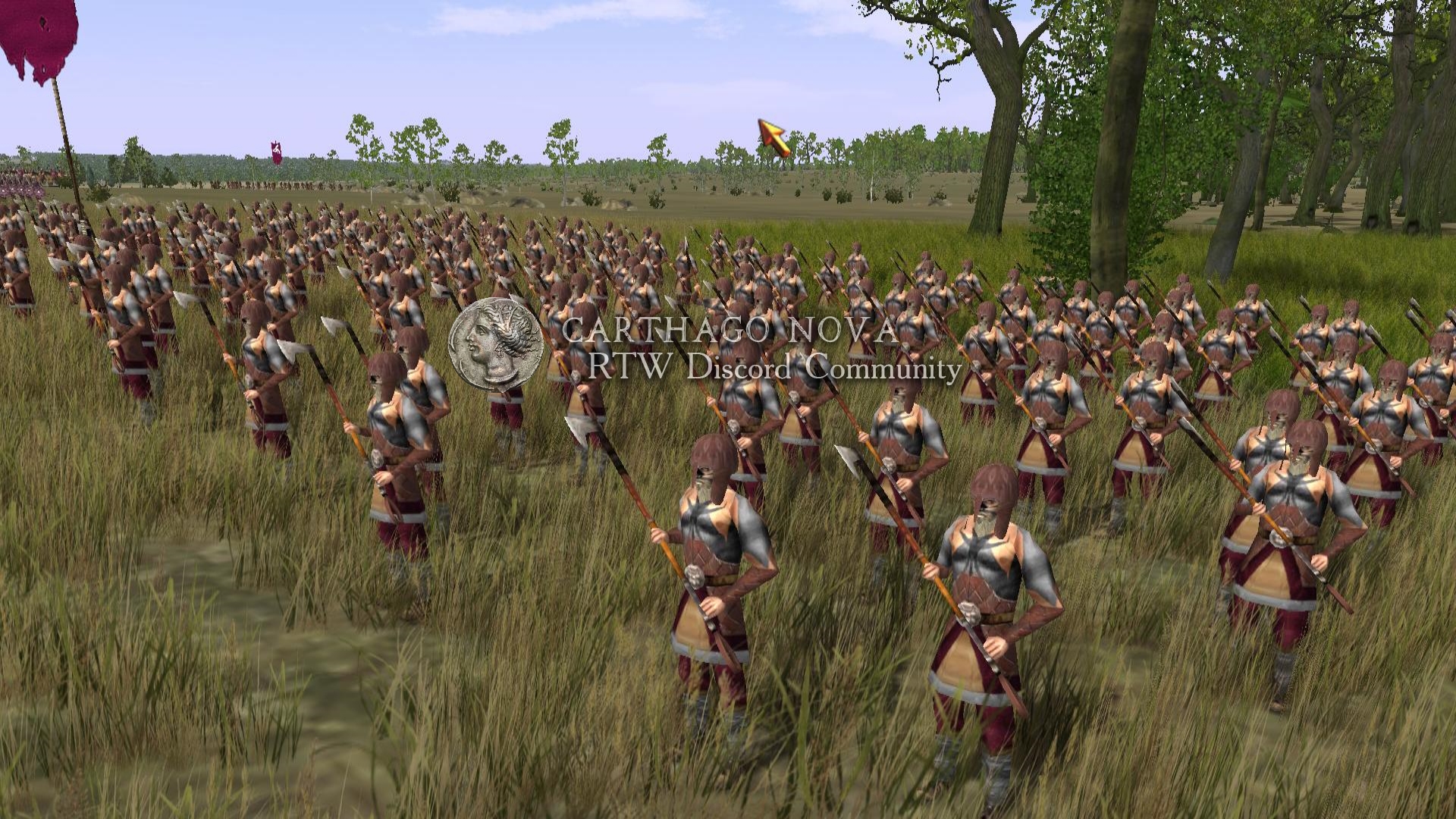 Frankish Rule.
In 534 the Merovingian Franks under Chlotar I, the son of Clovis, gained control of the Burgundian realm, then ruled by Godomar. Upon Chlotar's death in 561, Frankish lands were subdivided among his sons. Guntram
secured the Kingdom of Burgundy, which ultimately included former Burgundian lands, the
diocese of Arles in Provence, theVal d'Aosta east of the Alps, and lands in north-central
France. A key center of Burgundy was the ecclesiastical province of Lyon, controlled by
Gallo-Roman senators. King Guntram relied heavily on these aristocrats to run his administration
and in general was more influenced by Romans than other rulers in Francia. In the
570s Guntram moved his court to Chalons,which he developed as a religious as well as
political capital. Burgundy remained a separate Merovingian kingdom until Charles Martel, the
grandfather of Charlemagne, subjugated it to Frankish Austrasia in 719.
In 843 by the Treaty of Verdun, which divided the Frankish Empire of Charlemagne
among his three sons, Burgundy was included as part of Lorraine (or the Middle Kingdom). With
continuing power brokering, the duchy of Burgundy was carved out from land in the
northwest chiefly between the Rhone and Saone Rivers in 877. And the Free County of Burgundy
(Franche-Comte was carved out of lands to the east. Two new Burgundian kingdoms were
founded in the same period, Cisjurane Burgundy (Lower Burgundy) in 879 and
Transjurane Burgundy (Upper Burgundy) in 888. In 933 these two were united as the kingdom
of Arles (sometimes called the Second Kingdom of Burgundy), with its capital at Arles.
In 1032, this kingdom became part of the Holy Roman Empire. Burgundy was ceded to France in 1378 and
was a province until the French Revolution in 1789. It is now classified as a region of France
(Bourgogne). 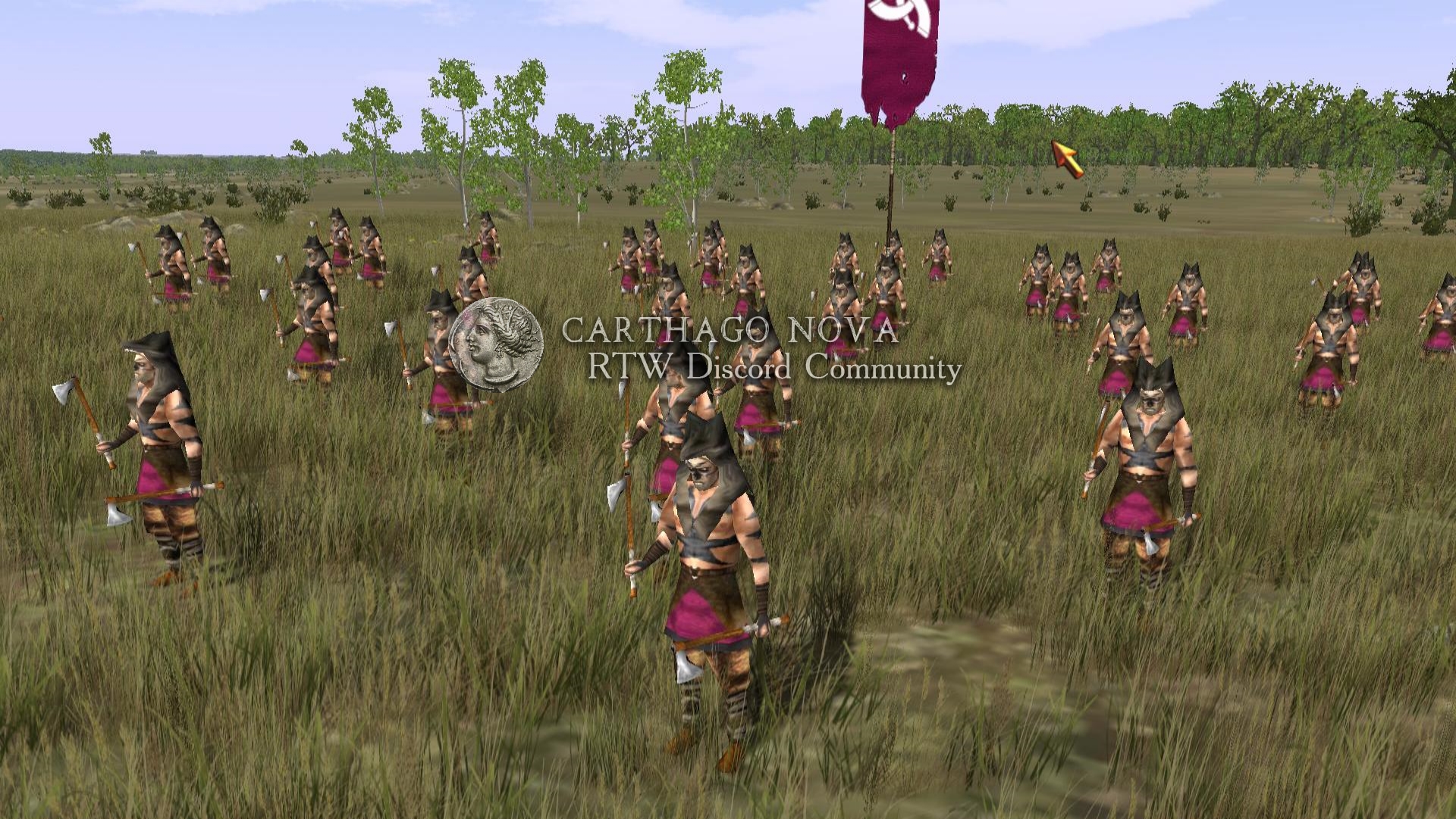 Government and Society.
The Burgundii originally had two types of kings. There was a sinistus, an elder who served as a
kind of high priest. There was also a hendinos, from a class of princes, who was responsible for
the tribe in terms of food supply and warfare. This system parallels the practice common
among Germanic tribes of having a sacred king called a thiudans and a war leader called a reiks.
In the early sixth century, during the reign of Gundobad, the Burgundii codified their
laws into the Lex Burgundionum (or Lex Gundobada), which typifies Germanic law of
the period. Gundobad also sponsored the codification known as Lex Romana Burgundionum,
which provided laws for his Roman subjects with regard to his people. These law codes of the
Burgundii did not prohibit interaction and intermarriage with Romans. King Sigismund wrote
down the Prima Contitutio. Because Merovingian Burgundy contained the most Roman territories in the Frankish kingdom, Burgundian society and culture soon fused with Roman. Roman traditions of justice took firm root here, and the Crown, especially
under Guntram, who seems to have been a genuinely pious Christian, became imbued with Christian ideas of a monarch's duty to his people as spiritual leader. 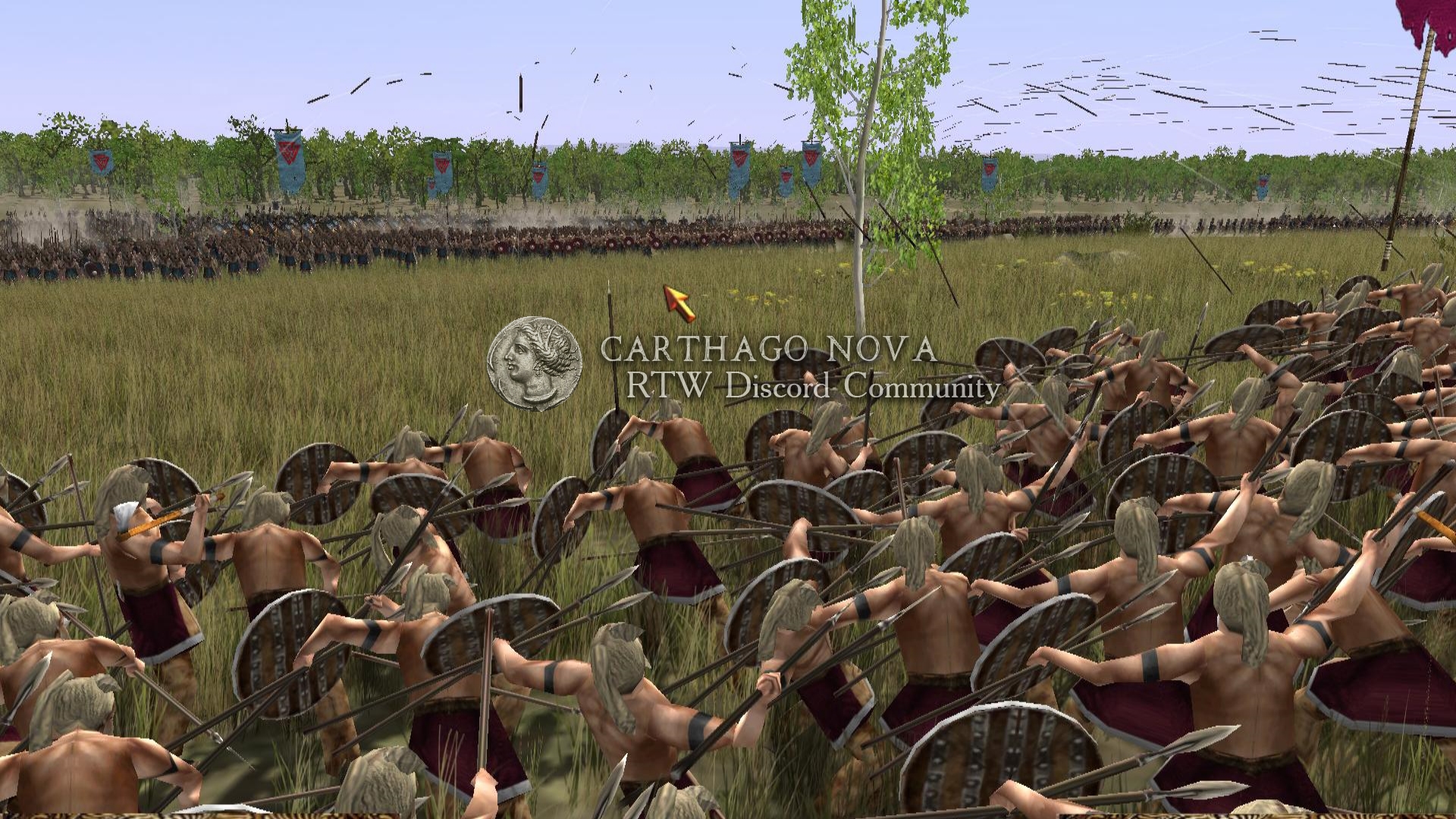 Literature.
The late phase of their Rhineland kingdom provides the source for the Germanic epic
Nibelungenlied (Song of the Nibelungen) of the early 13th century, also known as the Nibelung
Epic and the Siegfried Saga. Although a legendary accountЧthe Niebelungen are an
evil family who possess a magic hoard of gold - it draws on history, with much of the action at
Worms and a character, Gunther, based on Gundicar, and Etzel, based on Attila the Hun. 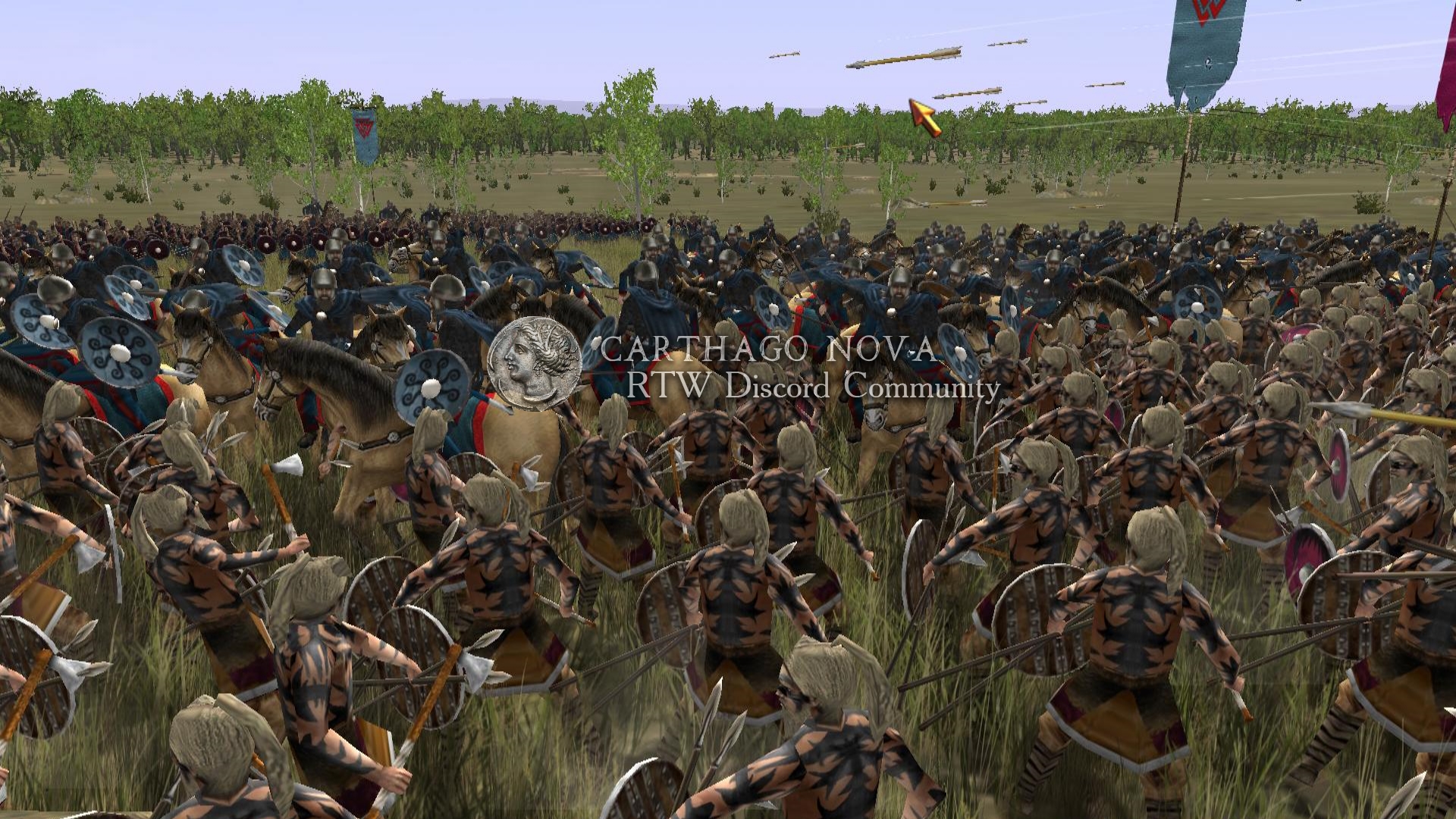 Religion.
The Irish monk Columbanus traveled to Burgundy in the sixth century during the reign
of Guntram, a Frank, not specifically to conduct missionary work but rather to follow the White
Martyrdom being undertaken by many Irish at this time, which consisted of journeying as the
spirit prompted them and living a monastic and ascetic life among strangers. Guntram was
impressed by Columbanus and gave him and his companions a ruined fortress at Annegray in the
Vosges Mountains. Columbanus's form of heroic Christianity appealed to the Burgundii and he
attracted a large following. He established a monastery at Annegray and later two more at
Luxeuil and Fontaines. However, his success created antagonism among the Gallo-Roman
episcopacy, exacerbated by his Irish form of Christianity, which did not hold that abbots
were subservient to bishops, and after a quarrel with the royal family he left Burgundy for other
parts of Francia. But his monastery at Luxeuil played an important role in fostering monasticism in Francia.
The name of the Burgundii survived into modern times through the region in east-central France known as Burgundy. The Burgundii also hold a special place in German literature as the subject of the Nibelungenlied. 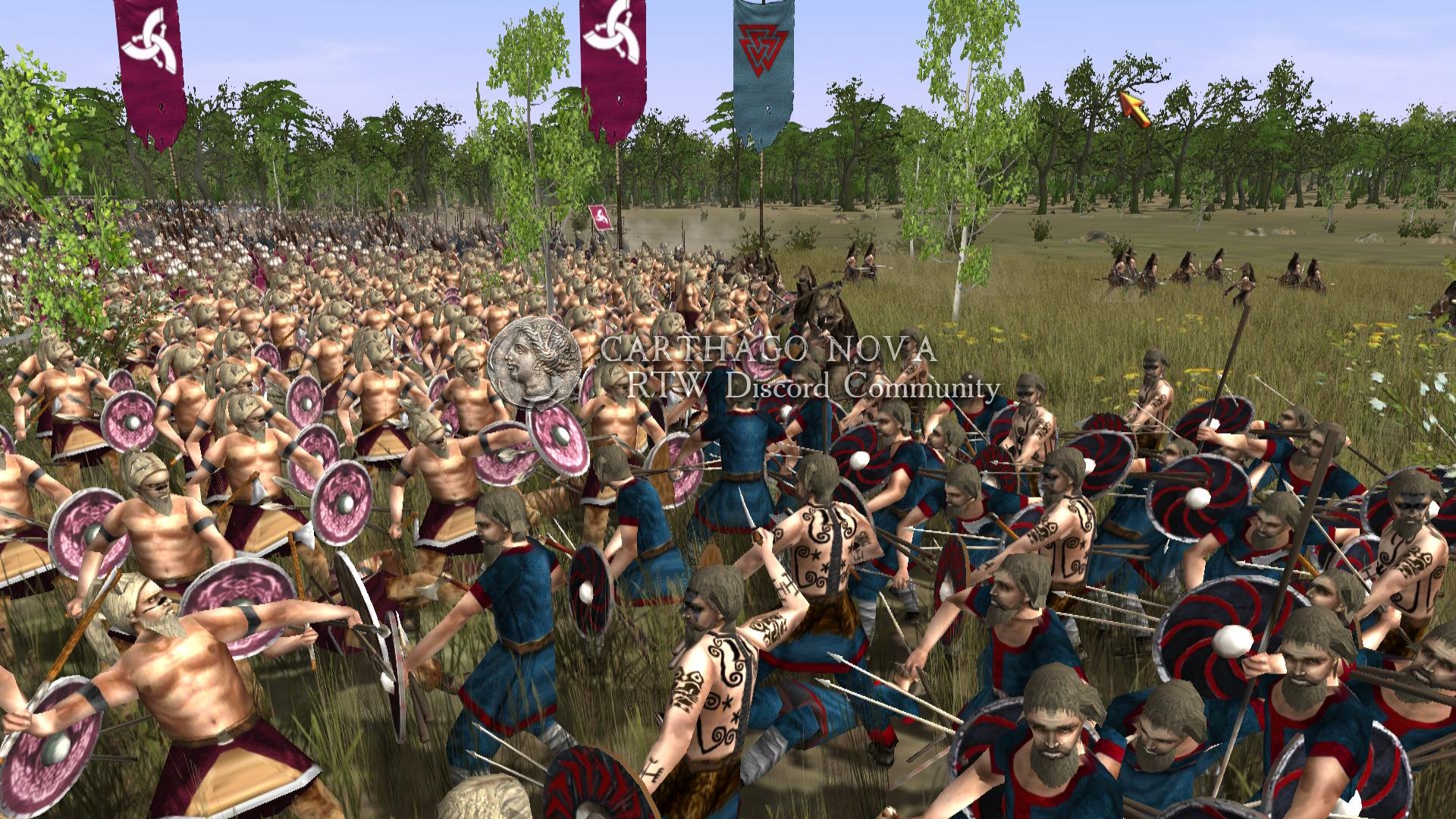