Desert is filled with scary beasts, but you should never forget about the most dangerous game - man. Today we present you a new enemy - Scavenger Technician. 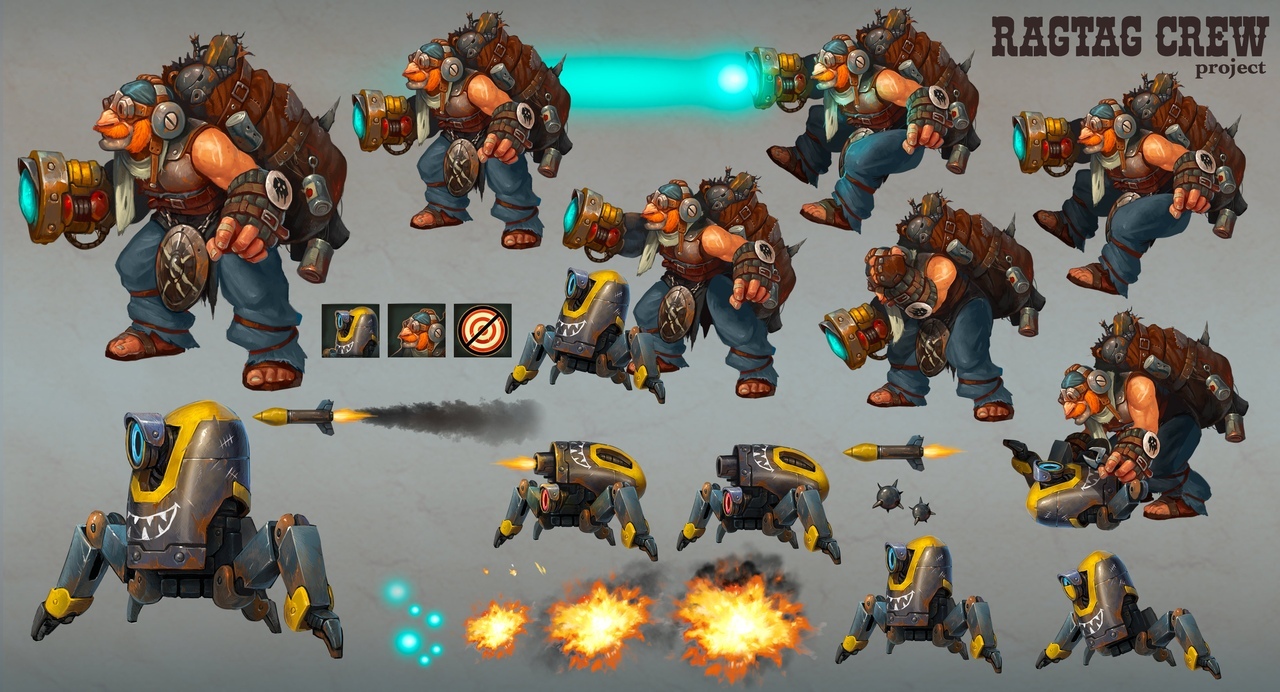 Scavengers aren't looking for trouble, but cross their way and you'll be in the world of pain. A technician is no exception: he has a fine gun, though his strongest ability is repurposing ancient robots.

Like some other powerful moves, robot activation takes several turns. You can recognize that by a small clock icon near the planned action.

If scavenger isn't killed or interrupted during the preparation turn, his little toy is released.