Posted by EleonGameStudios on Jun 3rd, 2017 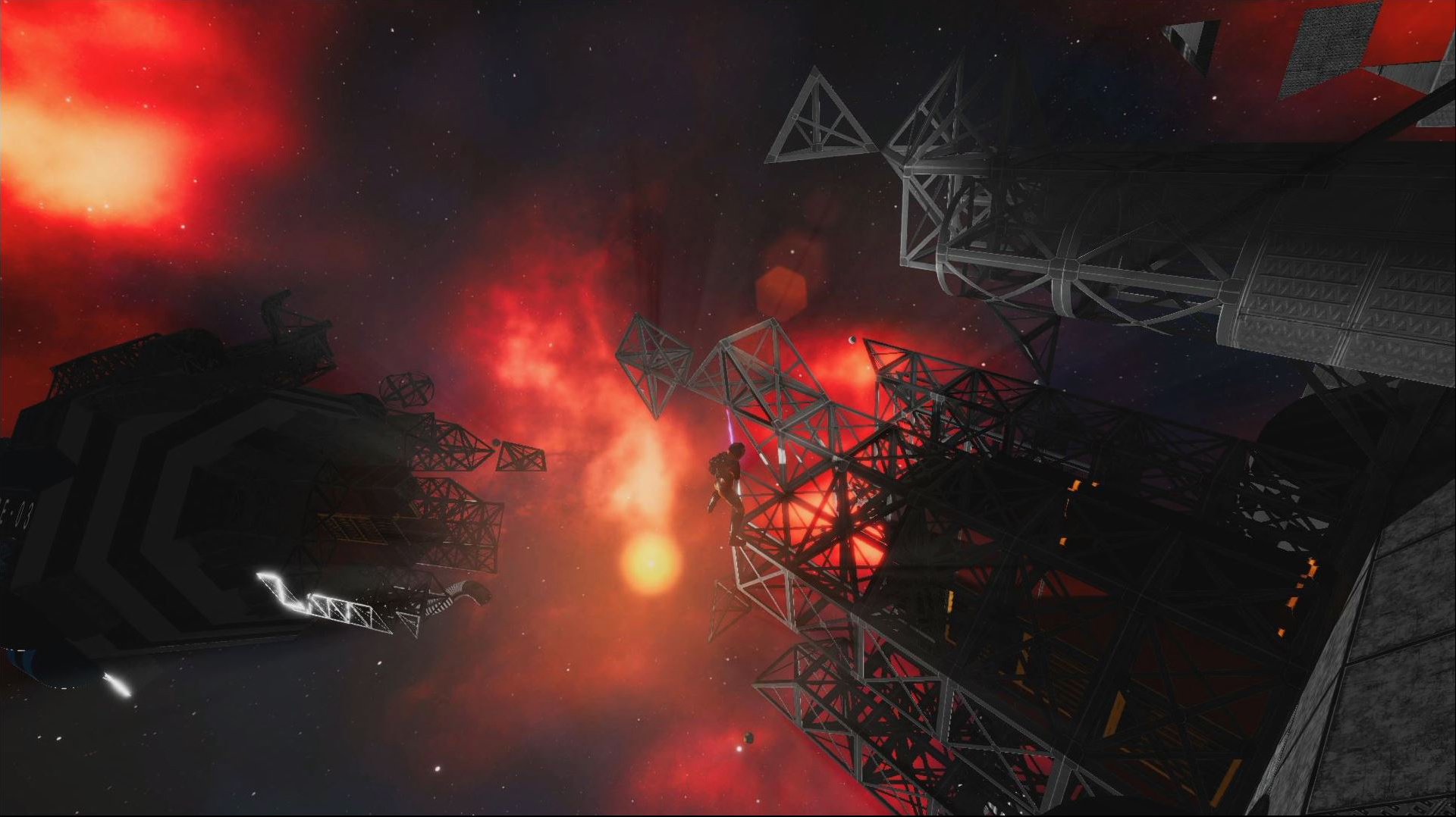 Everyone keeps asking: when do you release Alpha 6.0? It's time to give you the final answer:

After having worked for months on content, new features, lots of game changers, thousands of feedback posts and reports, the release of the public version of Alpha 6.0 is now only a matter of days.

Even though you'll see a few more updates until public release, we already want to say a big and heartfelt THANK YOU to the best community in the universe right NOW! You made all this possible by showing incredible patience in tracking down bugs and issue, while we moved forward from version to version, adding feature by feature!

Thank you a thousand times! :)

While we are working on the final touches that get applied to the game and smashing the last bugs, enjoy our all new trailer: 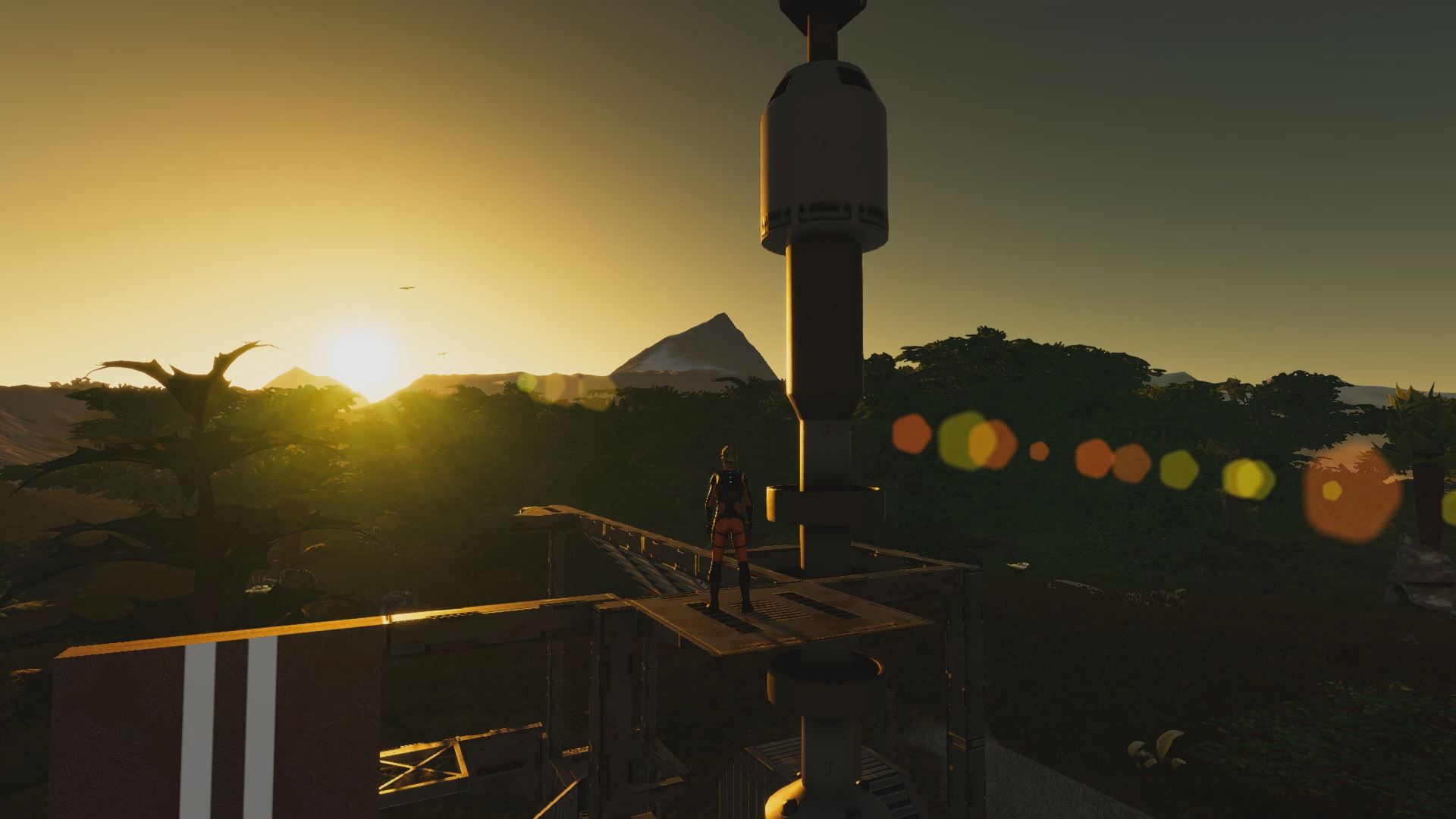 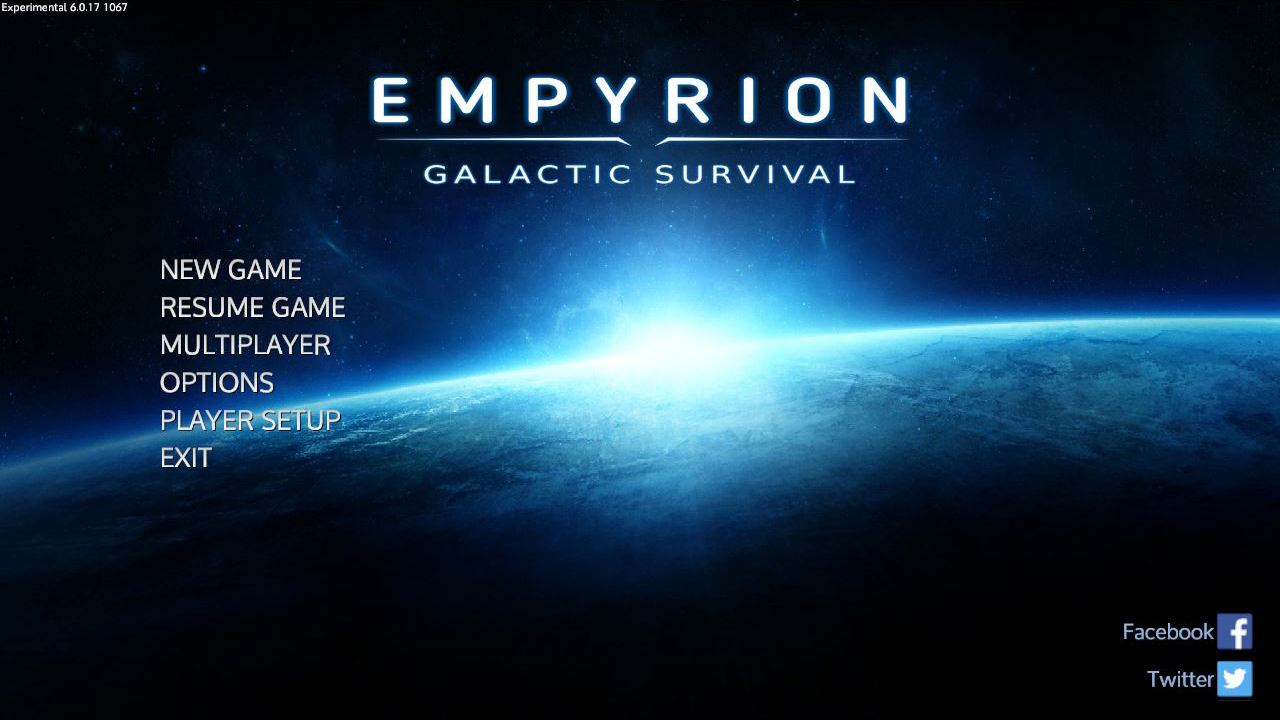 We would like to thank "Karissa Cole/ex-astris1701" from Devianart who allowed us to use this awesome background image for Empyrion (Ex-astris1701.deviantart.com)

Bug Fixes:
- Fixed: Drone base cutout area leaving a gap of 1 block.
- Fixed: Using Registry > CP > Main tab > Manage tabs for fuel/o2/ammo allows to remote-fill from remote
- Fixed: Drones keep shooting at Personal drone in MP
- Fixed: When your Personal drone is at the range limit & destroyed the distorted view still appears for the player.
- Fixed: MP: If Personal drone is destroyed, POI keeps shooting at position and you can not deploy drone again
- Fixed: You can access container/devices through walls with third person view
- Fixed: The drop down list in 'Configure signal' for on & off & lock & unlock can overlap the Select Circuit text.
- Fixed: Standing on or in any vessel & pressing Y to power down vessels can hover with no power (only fix for MP)
- Fixed: Problem that configurable trigger area of entity spawner was not working correctly
- Fixed: Corpses of dead enemies block movement
- Fixed: Drone Base Akua: Defense drones are not replaced
- Fixed: Destroying the core on the DSE front wreckage results in the entire front section also being destroyed.
- Fixed: Chat stream overlays "Symbols" checkbox in Texture Tool
- Fixed: Mouse over while sitting in cockpit does not show tooltips for toolbar items
- Fixed Difficulty Preset defaulting to "Custom" instead of "Medium" when set to Default settings
- Fixed: Alien / - Admin Core do not respect Lock Codes for boxes
- Fixed: Large / Adv. Constructor show templates to be indirectly craft-able even if they are not (according to available resources)
- Possibly Fixed: Problems with some blueprints (corrupt / crash)
- Fixed: Armor Locker missing a BACK button when accessed via CP
- Fixed: Exception in Control Panel when selecting 'Devices' tab
- Fixed: Some buttons being too dark when disabled
- Fixed: PDA Tasks not shown on HUD: Default visibility set to OFF
- Fixed: Can not complete tasks/actions manually
- Fixed: Playfield Description problems
- Fixed: Sometimes drone base is spawned under the Escape pods landing area.
- Fixed: Removing an Entity Spawner block with MT returns a Player Spawner block
- Fixed: Small vessel Control panel has the 'Turrets' switch in the main tab.
- Fixed: In the sector list the temps being shown are for your current playfield instead of the playfield you have highlighted
- Fixed: Ship Stats panel garbled/positioning problems
- Fixed: Tech tree Disabled Color (Level Header)
- Fixed: Sector map list should be centered to top and not middle
- Fixed: Font size in the LCD panel goes back to 7 when exiting & reentering the LCD panel editing window
- Fixed: Constructors aren't being counted in the statistics tab of all Vessels & BA.
- Fixed: Size problem with some destroyed blocks.
- Fixed: LOD distance of Pumpkins is too low.
- Fixed: Options -> Misc -> 'Units of Temperature', seems to be missing its explanation/hint text 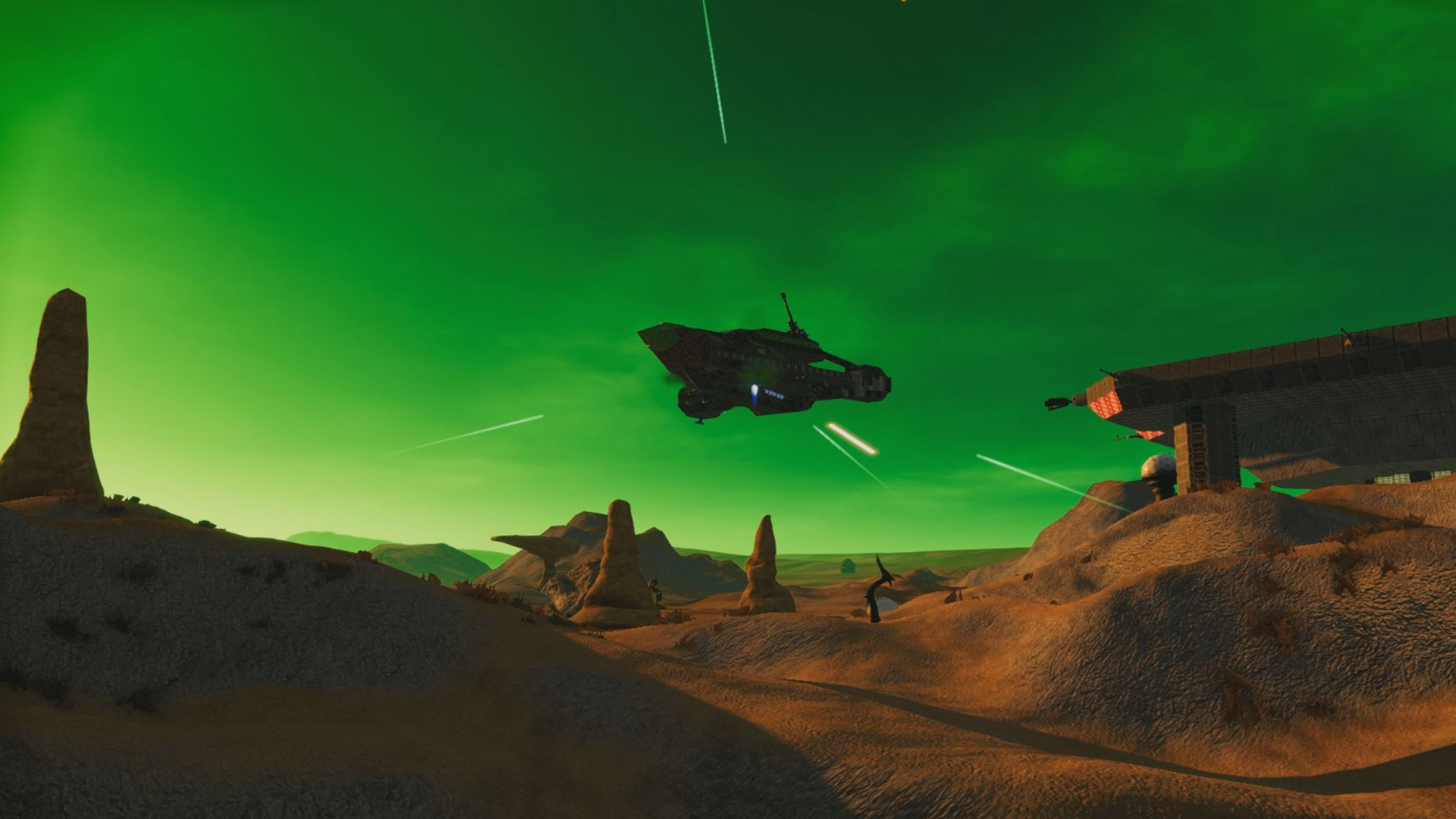 Changes:
- Added durability reduction to Difficulty Settings (Off, Slow, Normal, Fast) - SP and MP (via dedicated.yaml)
- Regeneration time of Voxel asteroids will now start as soon as a player starts to dig an asteroid
- A player can now start regeneration several time. In addition, we set the 'no player' distance for regeneration to 200m
- Saving faction to any core persistent (=> admin/alien core do not overwrite faction any more)
- Deactivated Planet Vessel delay if a player is approaching PV base so that PV will attack player
- Triceratops now gives more meat but is harder to kill (more HP)
- Alien/Admin POIs don't consume fuel/O2 and always have enough fuel/O2
- Improved algorithm to spawn wreckage POIs to ensure they get spawned even if a lot of mountains are around 0/0
- Increased output from harvesting certain grow-able plants + adapted templates
- Added Oxygen Generator instead of Oxygen Station to start equipment in default MP setting

Bug Fixes:
- Fixed: Lagshot regression that player could get splash damage
- Fixed: Problem that player was not able to exit cockpit/passenger seat when the ship got stuck
- Fixed: BA showing message "There is a docked ship in your ship..."
- Fixed: Mounted weapons (such as SV rocket launcher) do not shoot reliable if moving the mouse
- Fixed: Problem that mounted weapons (such as SV rocket launcher) destroy own vessel if shot when moving fast
- Fixed: Trees/Deco regrow in bases in special case (MP)
- Fixed: Sometimes the starter wreckage POI is spawned on other side of planet
- Fixed: Adding the line AllowCV: False into a playfield.yaml doesn't stop you from using a CV starter block to make a CV.
- Fixed: Digging exploit + COQ with autominers involved
- Fixed: Weather is not always 100% sync in MP
- Fixed: If o2 is not fully loaded to tanks, o2 station will not fill suit (but o2 is lost)
- Fixed: Open control panel in a docked HV will allow access to CV control panel instead
- Fixed: While being in a CV, SV or HV cockpit, you can access other control panels.
- Fixed: Random exception when teleporting in MP via portal
- Fixed: Using the "fill all" option for ammo, you can stack the ammo into huge stacks, over the stacking limit.
- Possibly fixed: MP: When deleting a motion sensor in interactive mode then trying to leave interactive mode results in a CoQ
- Fixed: NPC Trader does not respect item slot amount
- Fixed: New Game menu: Selecting a workshop subscribed scenario throws CoQ
- Fixed: Autogroup is creating strange entries to the "Add to group" list
- Fixed: Troop Transport does not stop landing troops even if player is far away
- Fixed: "Neutral" faction standard use case having orange asteroids
- Fixed: Offset position after exit of instance while flying
- Fixed: SP Mission "No Man On The Moon" could not be fulfilled (wrong group name)
- Fixed: Tutorial find fuel tank may trigger a CoQ
- Fixed: Mountains on Omicron have dark areas in distance
- Fixed: Problem with strange white dots in hair sometimes
- Fixed: Destroyed blocks Cylinder End A & B have a texture & the letter A on them already
- Fixed: MP: Client not in sync with server for growing plants status after warp jump
- Fixed: Spawning a fresh blueprint leads to the name tag shown in RED in MP
- Fixed: MP: PVs are "Ghosts" as you can not stand on them and fall through it when working on them
- Fixed: Sitting on a Motorbike or Open cockpit reduces the radiation level when in a radiated area.
- Fixed: Error with preview pic upload for scenarios
- Fixed: Video Options positioning problem in different aspect ratios
- Fixed: Portal not switching to blue after reopening again
- Fixed: Orbit map shows wrong offset
- Fixed: Looking at a growing pumpkin shows PumpkinStage3NoFruit

This is an awesome game but sadly no files