So, it has been about a week since our Phase 4 submission for the Make Something Unreal Contest got sent in. And I have to say we're all quite happy about all the things we managed to complete in time. Sanctum is now a highly improved and largely different game due to all the new features we've managed to sort out and implement. Just to name a few:

So, it has been about a week since our Phase 4 submission for the Make Something Unreal Contest got sent in. And I have to say we're all quite happy about all the things we managed to complete in time. Sanctum is now a highly improved and largely different game due to all the new features we've managed to sort out and implement. Just to name a few:

So, after having worked basically day and night for a few week, we decided to take a week off for just taking it easy and pondering about where to take Sanctum from here. And that week ended last Friday when we had a huge meeting about what we'll be doing for the Grand Finals of the Make Something Unreal Contest. Of course we're counting on getting nominated for an entry into the Grand Finals.

So, I can start by saying that there IS a "public" version of Sanctum out now, BUT I would like to take the time and say that if you can wait, then you're better of doing so, for a few more days. We're currently working on a few bugs we didn't manage to squash in time for the competition but will do so retroactively to enhance the player experience. We will be releasing a totally public version that will have these nasty last-second bugs sorted out, offering you gravely improved enjoyment.

Now for some fun stuff: Here are just a few of the things we've decided will be highly prioritized for our mid-November release, conveniently coinciding with the deadline for the Grand Finals.

I'll also have to apologize for not having updated the blog for almost a month, which is not entirely acceptable. This has been due to the amount of dedication that has instead been put into managing priority lists and making sure everything gets done in time for the deadline.

Here are a few screenshots of the most recent version of Sanctum, showing off just a few of the new features and polishing fixes that are in:

The improved and refitted tutorial screens. Containing a full-fledged interactive tutorial, explaining the core features of the game. 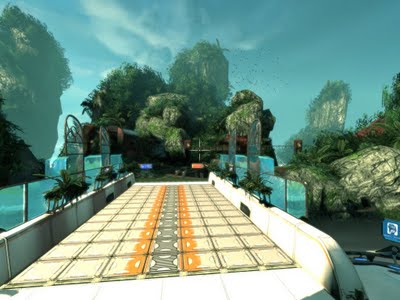 Overview of the bridge area, with the added birds in the background. 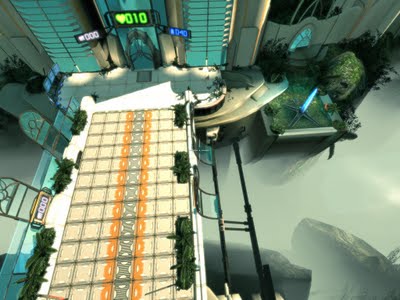 Over-head view of the bridge.
Comments

Co-op - Will make me pay attention, thanks!

A well fleshed out and exciting update. The new features sound fantastic, as do the soon-to-be features. These screens are looking wonderful, it's great that you've been planning this out thoroughly :D.

Co-op and upgradable towers will make this game 10x what it currently is, and that's notable because it's already basically awesome.

Co op and upgradeable towers will make it a true game.

Im going to wait for the co-op before i really try it, but i enjoy tower defence games and this looks fantastic :] Looking forward for your next stable build, so i can give it a quick shot.

Looking forward to the Tesla Tower with it's over nine thousand ampere..! =D =D
Now, on a 'more serious note', if you get those new features working, it would be awesome!

Thank you for all the kind words and enthusiasm! It's certainly nice to hear that what we're doing is getting appreciated and that it sounds like our planning has been put towards the right goals.

We will certainly make our very best at delivering these and all the other features we've planned for the Grand Final (of Make Something Unreal Contest) and updated public version.

Personally, this is my favourite ut3 mod, released or otherwise, but, god knows why, I don't think it will win Make Something Unreal. I just have a feeling. God I wish you the best of luck, but The Ball is just more hyped