RUNNING WITH RIFLES has now hit Steam Greenlight, so if you'd wish to see RWR there, give it a thumbs up! The existing Desura alpha funders get an additional Steam key for RWR, if RWR gets greenlit.

Beta 0.74 brings further improvements on the vehicle gameplay. The turret functions now fine on non-even ground as well, the AI is now able to handle the gunner role in APC, armored vehicles take more than one explosive hit to break down, and, there are now new models for broken vehicles! 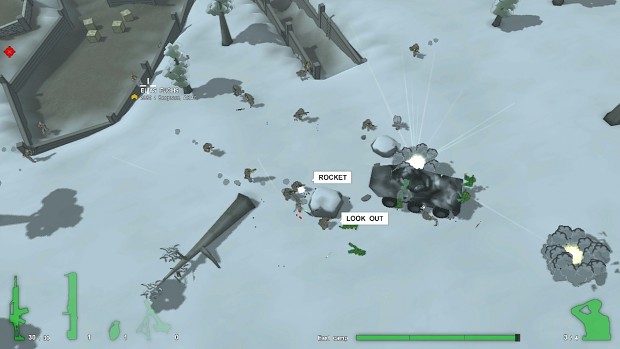 AI behavior with bazookas has been improved a lot, they are now more effective in stopping vehicles rather than getting just themselves killed :) The commander AI has also gone through some strategic changes, so you should experience even more flanking maneuvers and more widely spread attack and defense forces when playing on higher soldier counts.

The next update will be all about the AI driving finally, can't wait to see the outcome of that!

Is the game's APC based on the Russian BTR?.