Little to no rambling - this time, it's all business (and screenshots, don't forget about those!). Heck, I just went and made a new dinosaur! And no, it's a fine idea - for me, the evil omnipotent level designer, at least.

Haha! Let there be news!

I got a lot of free time recently, which means...MODDING TIME! I managed to slip in about four days of work on the mod - and, while the result doesn't seem like too much, I managed to actually get an area of the mod to about 90% completion! This is the famous and easily recognizable Isla Nublar helipad and waterfall: 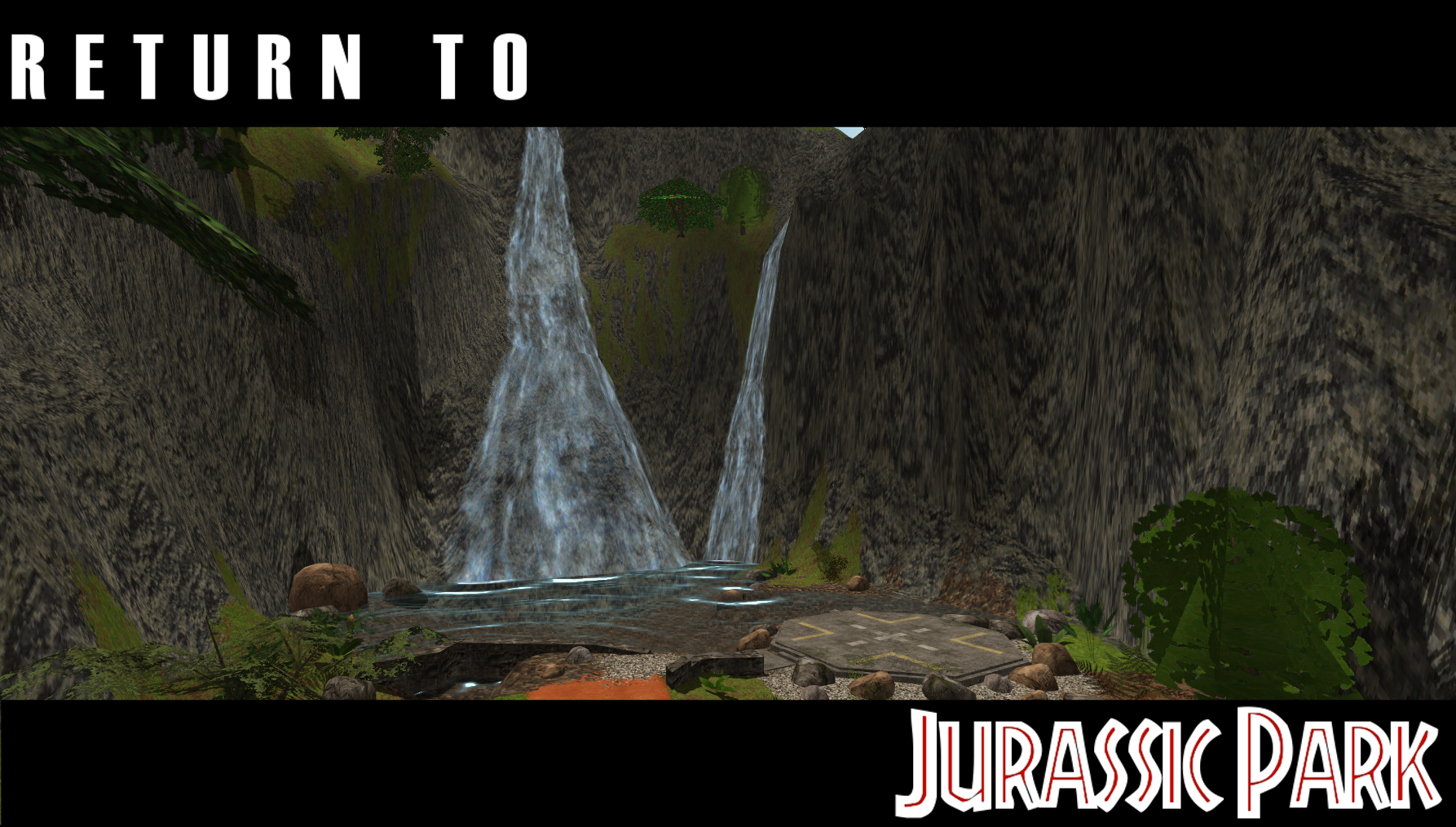 While not quite to the massive height seen in the film (otherwise this mountain range alone would dominate the entire southern portion of the island!), the helipad is where Diane's adventure begins. I haven't completely finished the effects and detail in this area, but it's just about there...I'm thinking of working on a mist effect and giving the water some more depth via terrain textures, but other than that it's ready to be set up for gameplay. The game is still running at an average of about 57 FPS as well, which means the level of detail I am aiming for could well be possible provided I keep up my constant optimization. Haven't even got occlusion objects in yet!

Further down the road is the entrance to the Park itself, through the Perimeter Fence, which, if you remember, now extends all the way to the south. This is the gate seen in the film. Note that what you see here is still WIP, albeit fairly detailed already: 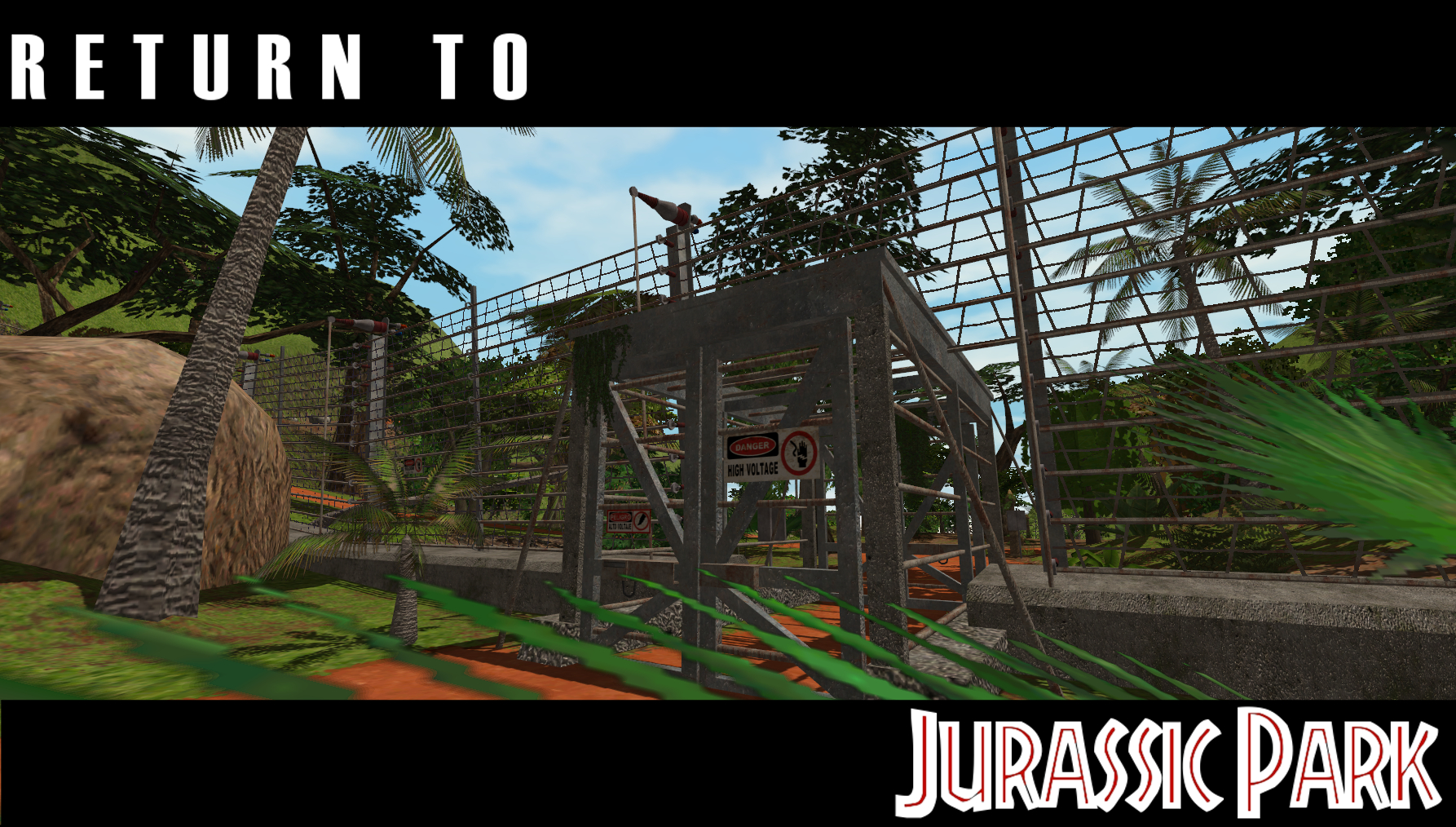 The road itself winds off in multiple directions from here, and immediately throws you into the dense jungles and confusing construction of the Park. I haven't imported them yet, but I have created all of the direction signs that will point you in the right direction (just don't nudge the arrows!), similar to the one Nedry runs over in the movie. Thanks to Draco for the original model from the awesome East Dock level!

Not quite done yet - I've also gone and made another new dinosaur skin based on Jurassic World's website. Introducing baryonyx walkeri! 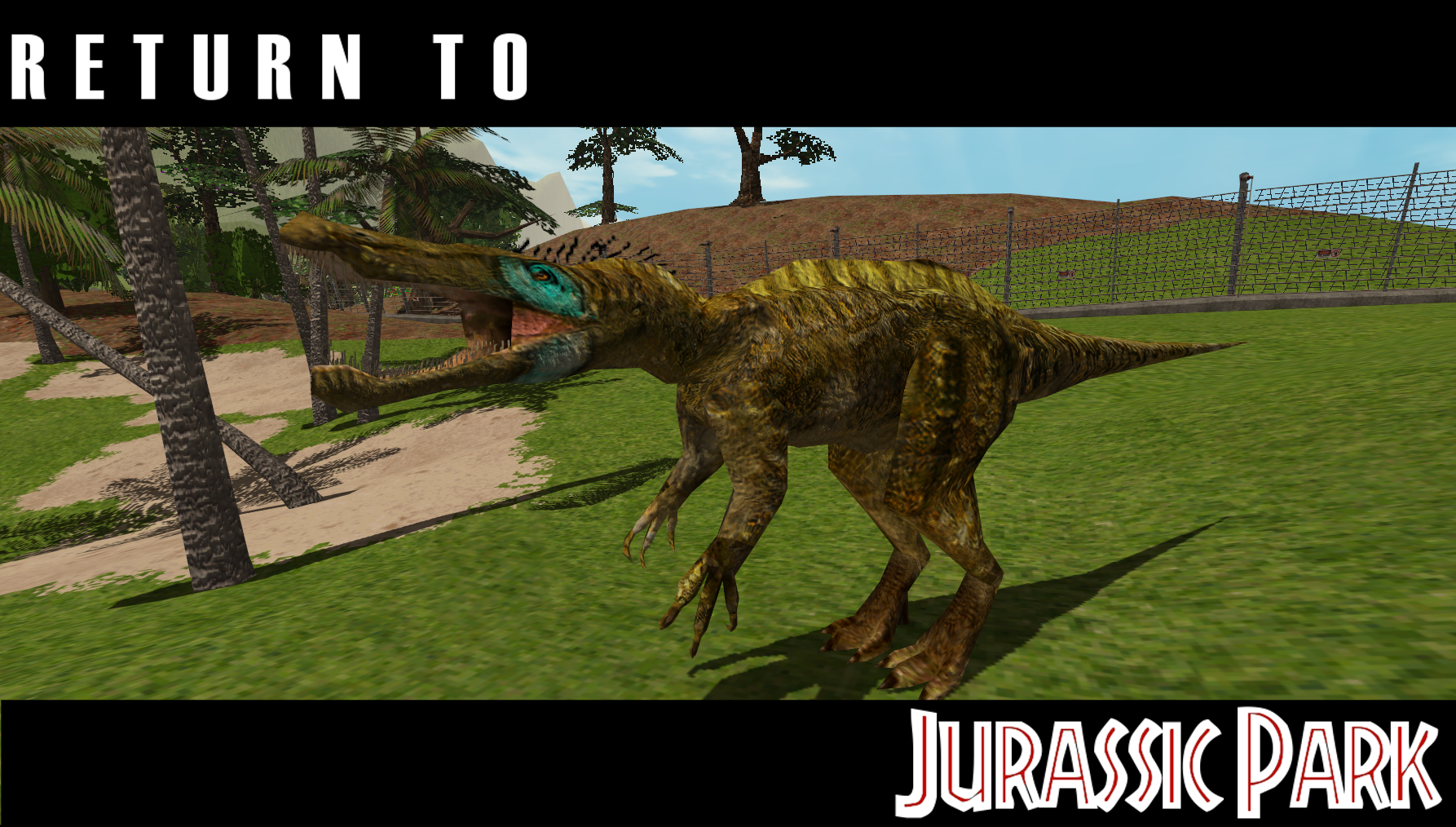 Because this animal was not seen in the film, and we now know that the images on the JW website do not correspond to what is seen in the film, this dinosaur's skin is subject to change. I might end up making it more crocodilian looking, but we will have to see. These carnivores will act very much like crocodiles, with their heads submerged underwater, lunging forward to attack. Additionally, some will be seen sunbathing or the like to create something different and unseen in Jurassic Park so far. They will be the island's main large carnivore, and it will be very difficult to kill them, making them a creature to be avoided.

That's about it for now. If I have more spare time, I'll definitely keep going at this since I'm starting to really feel what the mod will be like. I want to get the southern portion of the island finished - or close to finished - so I can give a bit of a walkthrough or something as a video. There isn't quite enough content quite yet to upload a short overview, but as soon as I can get a good 2+minutes of footage, expect something along those lines!

Legendary Glitch of the Week:
Ever seen four Raptors interpolate inside of one building? It's pretty awesome.