Hello everyone!
This week we got some new stuff for China for you to show: 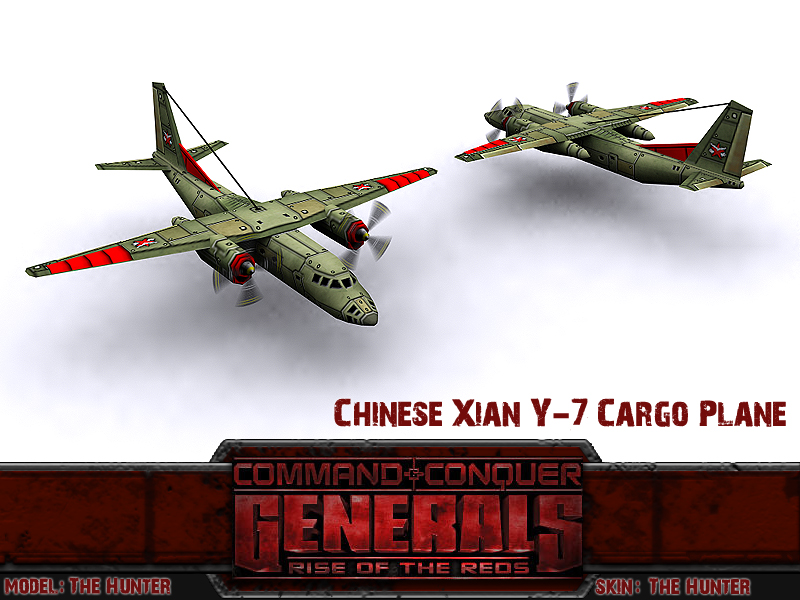 The Y-7 is a Chinese copy of the Antonov An-24 and An-26 designs. It is used as a light transport by the PLAAF and is often utilized to deploy air-dropped land mines. 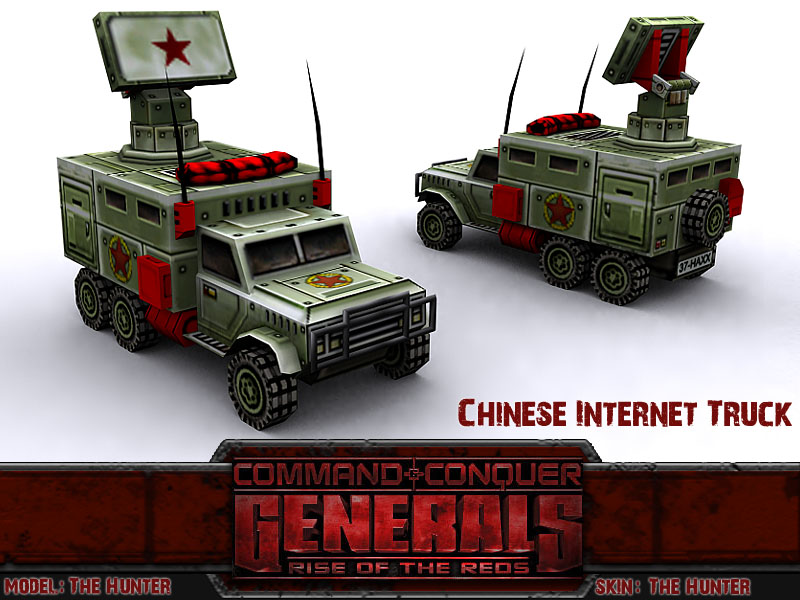 And once again, some cool screenshots to show you some of the new stuff: 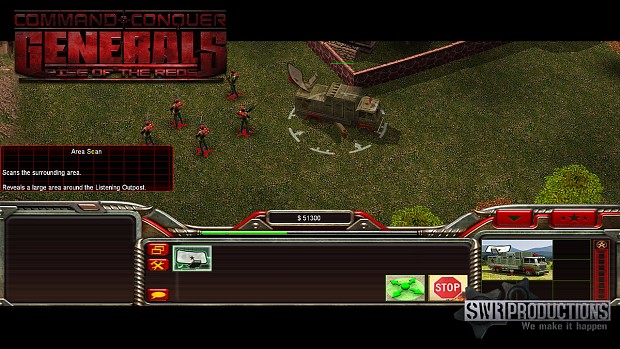 With the addition of the new Internet Truck, Listening Outposts are no longer able to carry Hackers but have instead been made more suitable for their intended reconnaissance role with the ability to scan the surrounding area more effectively. 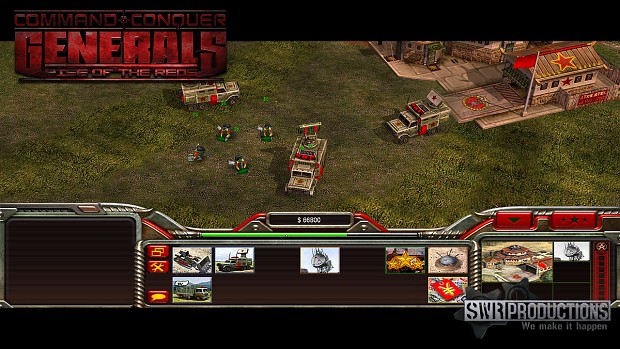 Here we can see the new Internet Truck in action which is available at the Command Centre after an Internet Centre has been built.
The cosmetic radar dish on top of the vehicle will only start actively scanning/rotating when Hackers have embarked on the vehicle.

And a friendly reminder that this upcoming Sunday, we will be doing another official live stream of the internal beta.
The stream will as usually be hosted by Hecthor Doomhammer on his channel: Twitch.tv 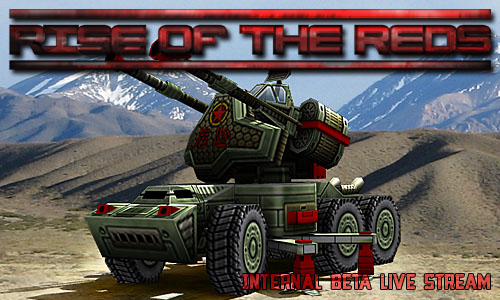 I will sure have fun!Hope that china and usa will have a better AI

All factions will have better AI

So will the new truck provide free wi-fi to the nearby troops?

I'll take the honor: When it's done.

So the internet is a big truck, after all.

You guys should make a patreon account so you actually can get paid for doing these things.

Is there any updates on shockwave. But seriously i really like this upcoming update in ROTR

You should really post this on the Shockwave page me thinks.

Uhm. Is the generals will be added in the new update i mean like general granger.

Ohk. Im still sad about it.

Shame we cant donate. However, if there is an issue that may arise, please don't hesitate to let your supporters know. I, for one, would not mind helping. This isnt an easy or quick thing to do. It's good for a portfolio for getting your foot in the door into the modding and game dev community... but it takes a butt load of time to do this stuff.

Im praying you continue to do this and expand farther with this mod.

Is 1.87 come with an advanced AI? Because i see that AI only spamming and rushing, they didn't make money maker units (Hackers, Arms Dealer) or building money maker structures (Supply Drop Zone, Telecom Tower) or didn't buy the upgrades for it (Black Market). They always completely ignore the map and just rush to you, when there is so many forward supply area and Tech buildings to capture. Please answer.
I'm sorry if the message is too long.

when it will reales

When it's done. Although the publi beta of the 1.87 is avaivable on the forum, as the next news post mentioned.

Never regret playing this mod hope that no lag patch would be effective along with adv. AI..

how install the patch?

firstly install CnC Generals, then Zero Hour, then 1.04 patch and then you choose a patch from this mod site.