The Western Roman Empire is the modern-day term for the western half of the Roman Empire after it was divided in two by the emperor Diocletian (r. 284-305 CE) in c. 285/286 CE. The Romans themselves did not use this term. At its height (c. 117 CE), the Roman Empire stretched from Italy through Europe to the British Isles, across North Africa, down through Egypt and up into Mesopotamia and across Anatolia. By 285 CE the Roman Empire had grown so vast that it was no longer feasible to govern all the provinces from the central seat of Rome. 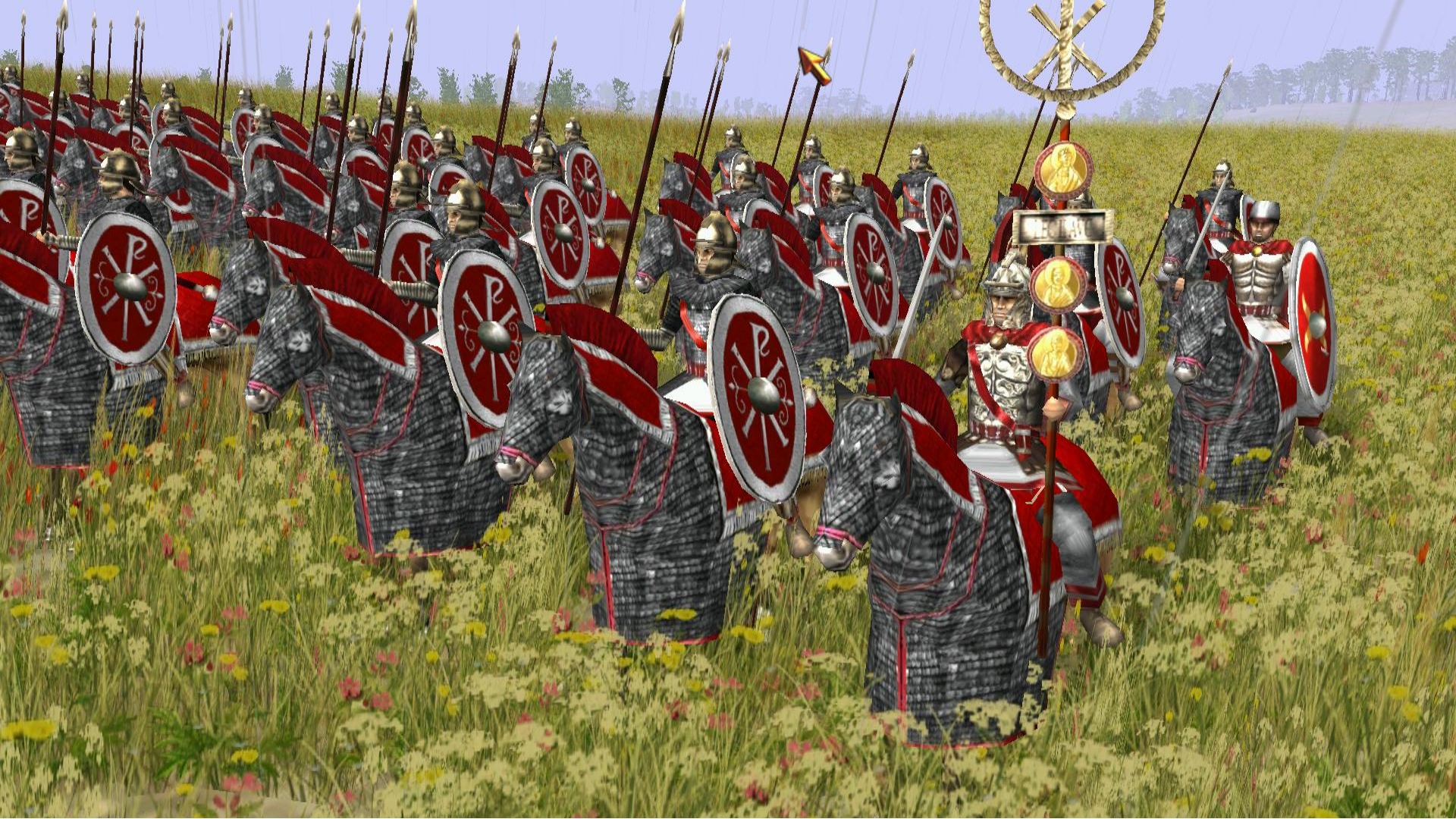 Soon after coming to power, Diocletian made a fellow-officer named Maximian (r. 285/286-305 CE) his co-emperor and, in doing so, divided the empire into halves with the Eastern EmpireТs capital at Byzantium (later Constantinople) and the Western Empire governed from Milan (with Rome as a УceremonialФ or symbolic capital). Both halves were known as 'The Roman Empire' although, in time, the Eastern Empire would adopt Greek instead of Latin as its official language and would lose much of the character of the traditional Roman Empire. 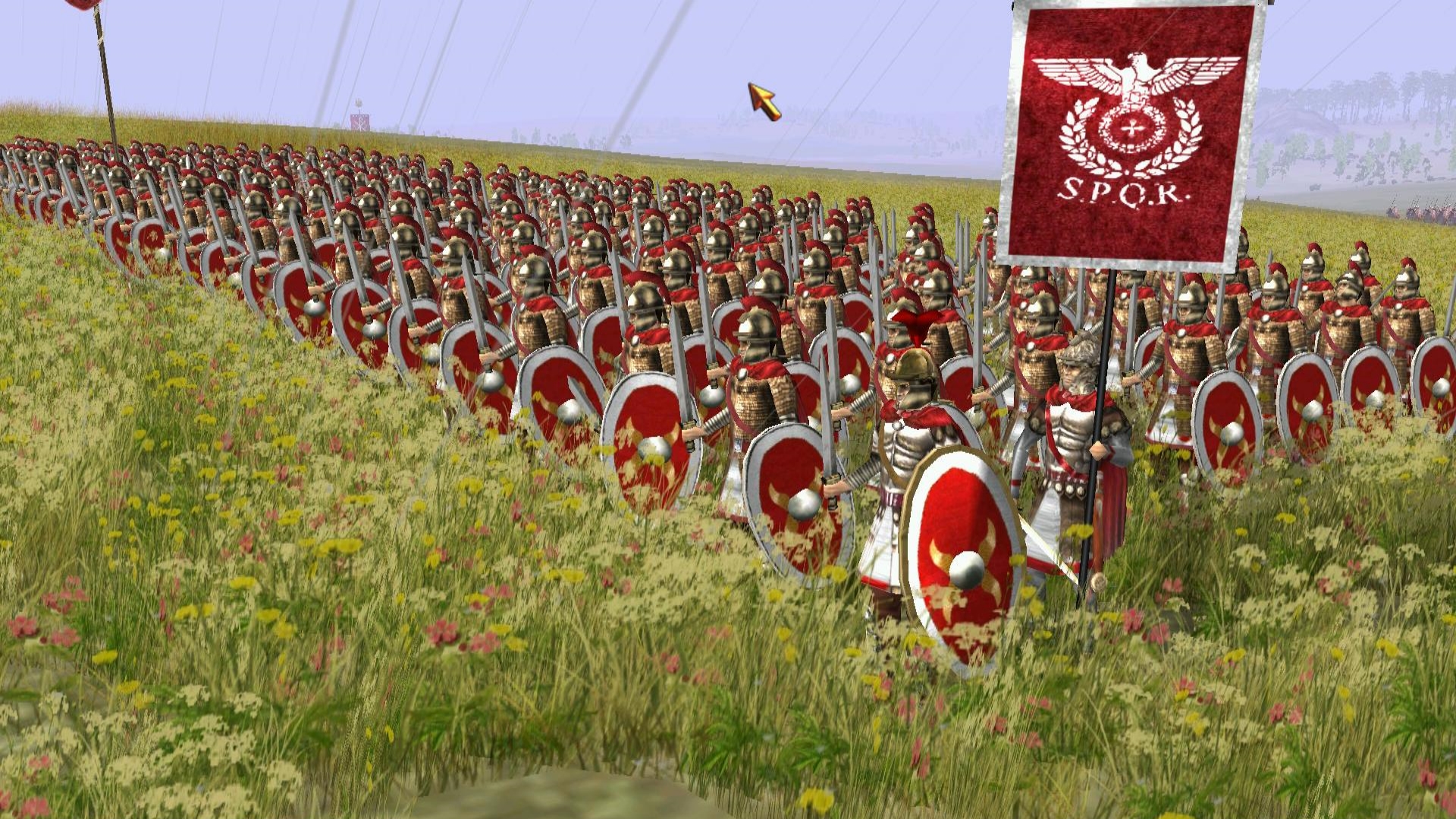 The Eastern Empire flourished while the Western Empire struggled and finally fell c. 476 CE. In time, it became the foundation of the Holy Roman Empire (962-1806 CE) - seen as a revival of the values and order of the Roman Empire at its height - first under the reign of Charlemagne (r. 800-814 CE) whose successors could not maintain it, and then officially founded by Otto I of Germany (r. 962-973 CE). The Holy Roman Empire steadily lost cohesion and authority as an outmoded institution incapable of governing in a modern age, becoming increasingly corrupt and ineffectual, until it was finally dissolved in 1806 CE. 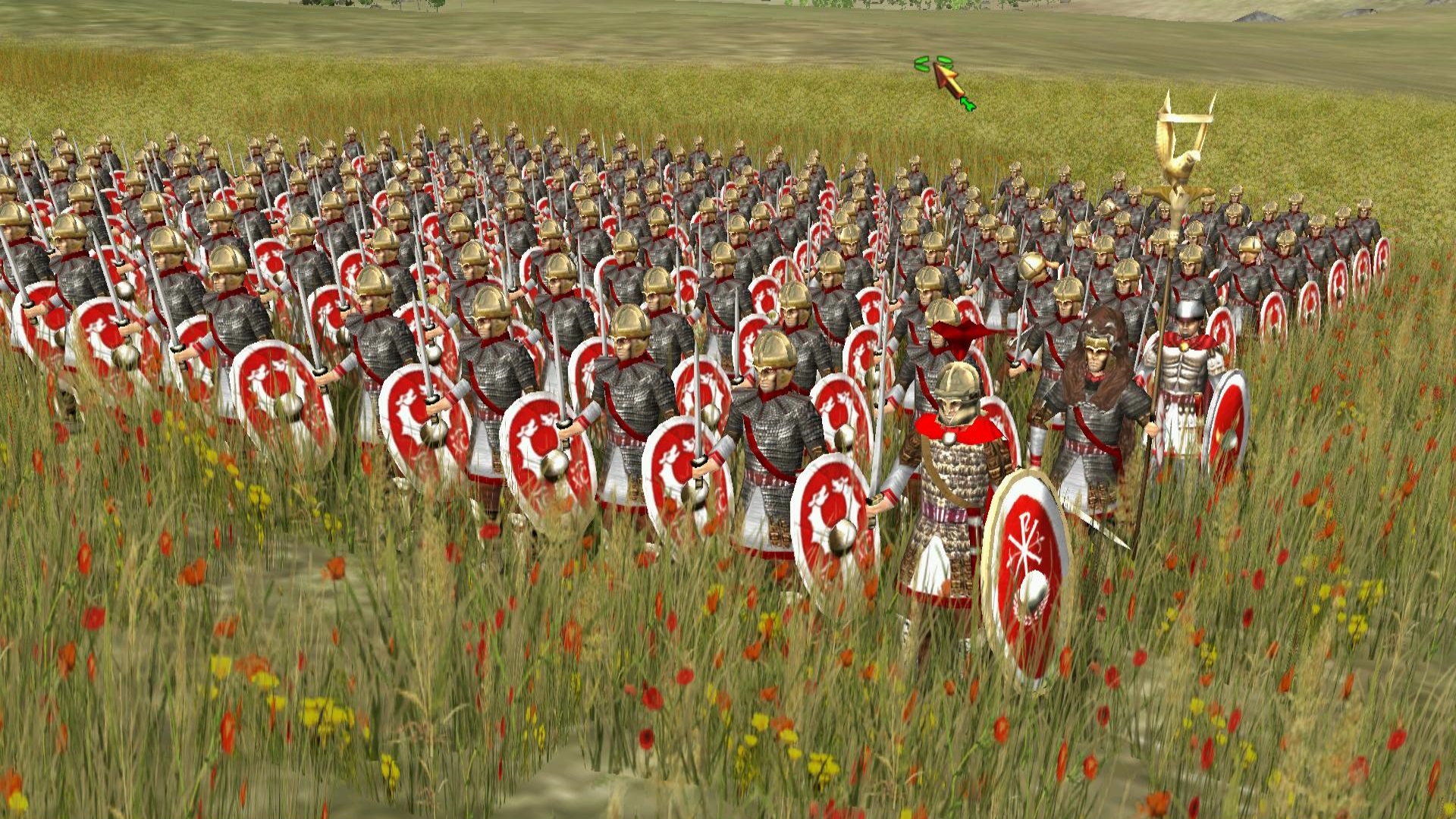 Rome & Crisis
The Roman Empire was founded by the first emperor Augustus (r. 27 BCE-14 CE) and steadily grew in power through the reigns of the Five Good Emperors, so called because of the prosperity and order they maintained. The Five Good Emperors were:

Nerva (r. 96-98 CE)
Trajan (r. 98-117 CE)
Hadrian (r. 117-138 CE)
Antoninus Pius (r. 138-161 CE)
Marcus Aurelius (r. 161-180 CE)
After Marcus Aurelius, his son Commodus (r. 180-192 CE) became emperor and dissipated Romes power through self-indulgent and inefficient rule. After Commodus was assassinated, Rome experienced a year of confusion (known as The Year of the Five Emperors) during which five different men took power and were deposed until Septimius Severus (r. 193-211 CE) founded the Severan Dynasty and restored order. Severus courted the favor of the military, having learned from The Year of the Five Emperors that this was in an emperors best interest, and debased the currency in order to be able to generate more money to raise the salary of the troops. He further established the precedent of the emperor relying heavily on the support of the military, thus effectively compromising the traditional role of Roman emperor. 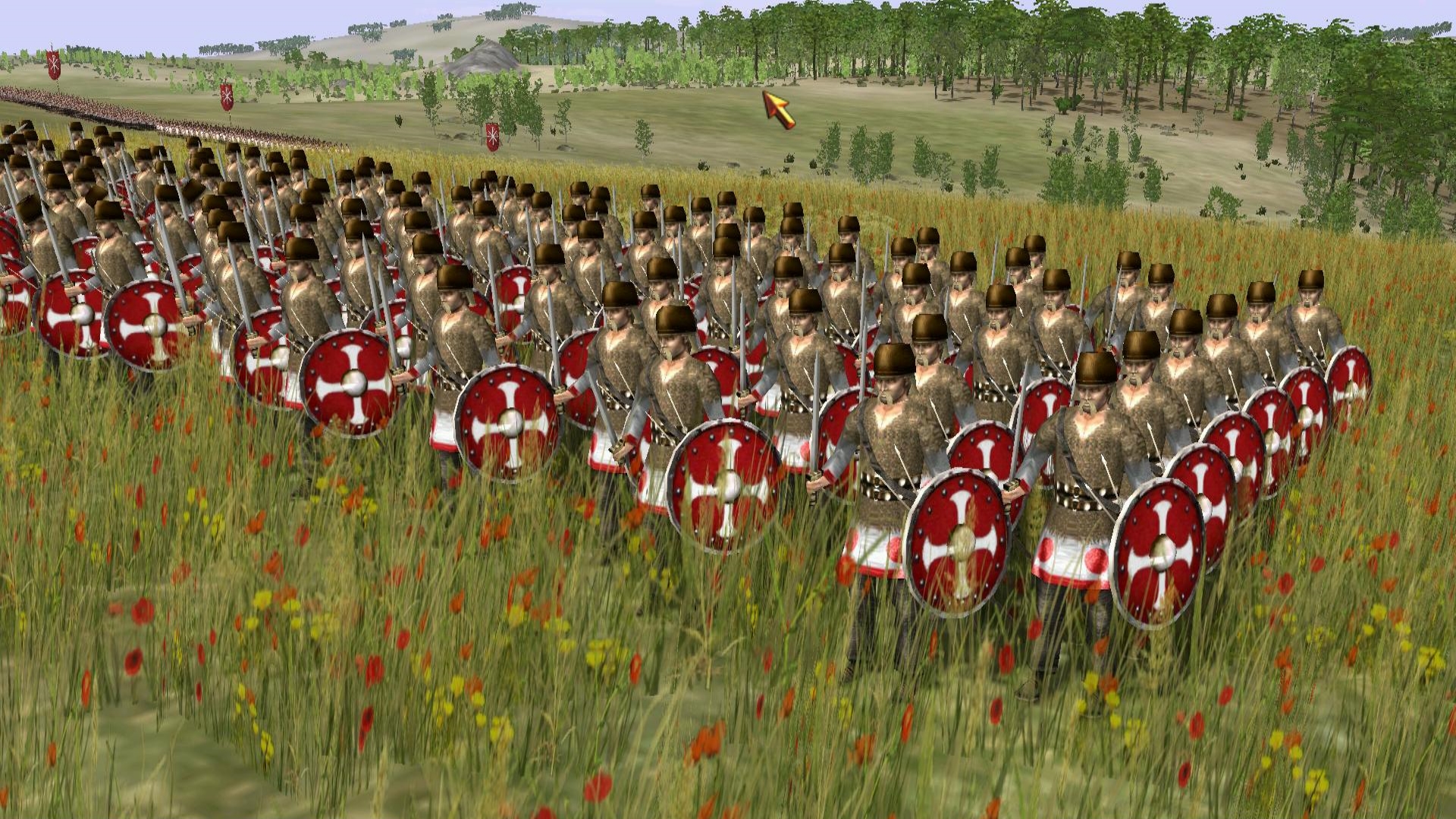 WHEN DIOCLETIAN CAME TO POWER, HE RESTORED ORDER & DIVIDED THE EMPIRES RULE BETWEEN HIMSELF IN THE EAST & MAXIMIAN IN THE WEST.
In 235 CE, the emperor Alexander Severus (r. 222-235 CE) was assassinated by his own troops who felt he was not acting in their best interests. This plunged Rome into the era known as the Crisis of the Third Century (also the Imperial Crisis, 235-284 CE) during which 20 emperors would come and go in almost 50 years, a startling statistic when compared with the 26 emperors who ruled in the 250 years between Augustus and Alexander Severus. 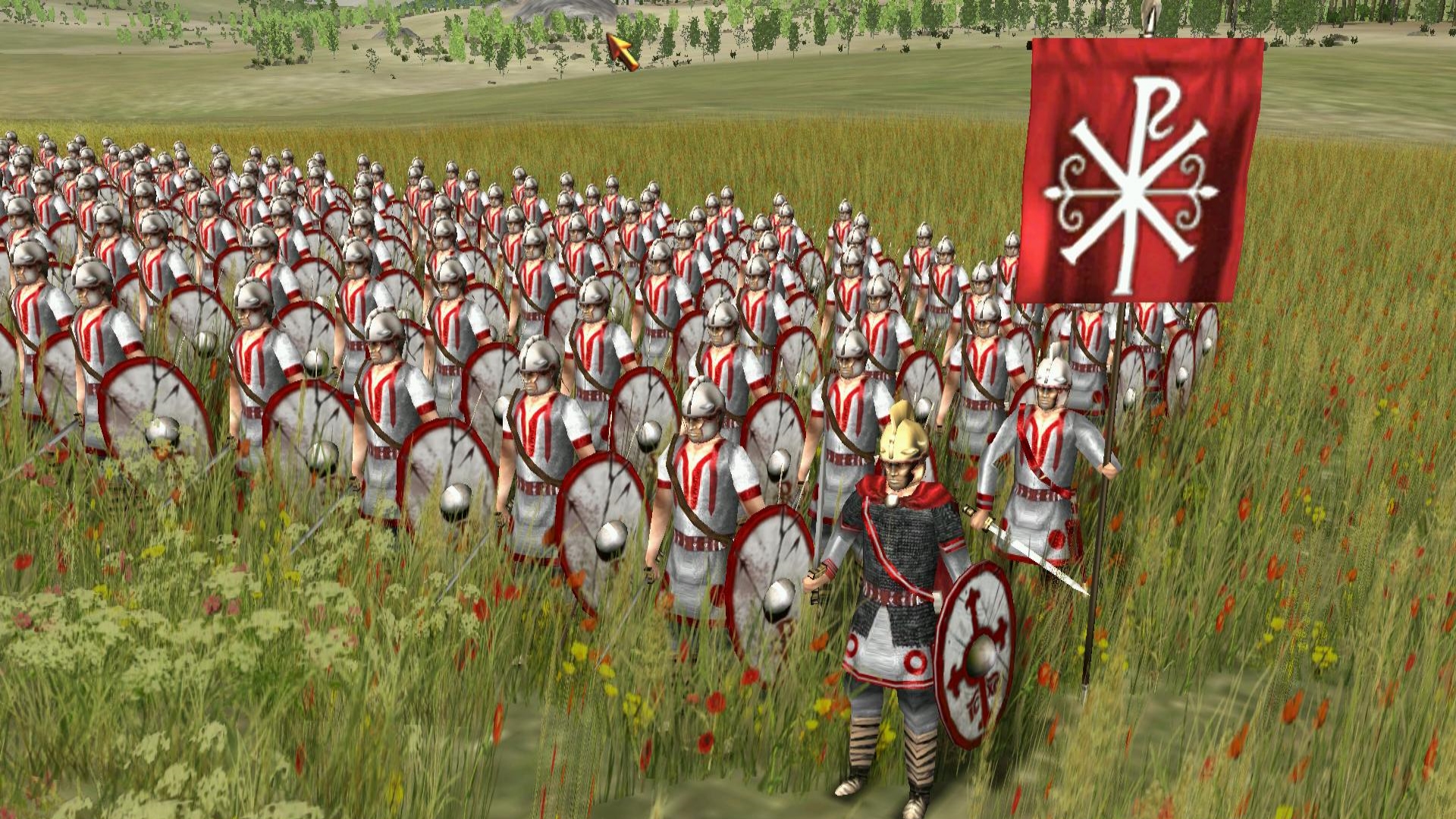 When Diocletian came to power, he restored order and divided the empires rule between himself in the east and Maximian in the west. The Crisis of the Third Century had shown how perilous it was to have Rome dependent on a single emperor whose death could result in instability, and Diocletian also understood that the empire was simply too large for one man to govern effectively. After the division, Diocletian instituted his tetrarchy rule of four whereby the empire was further divided between four men who ruled their own distinct sections.

Under the reign of Constantine the Great (324-337 CE), the empire as a whole flourished but it was never as cohesive as it had been under the Five Good Emperors. The Eastern Empire established lucrative trade and prospered while the Western Empire struggled and, since the two sections tended to view the other as competition, they worked as separate entities who shared a common bond but served their own interests. 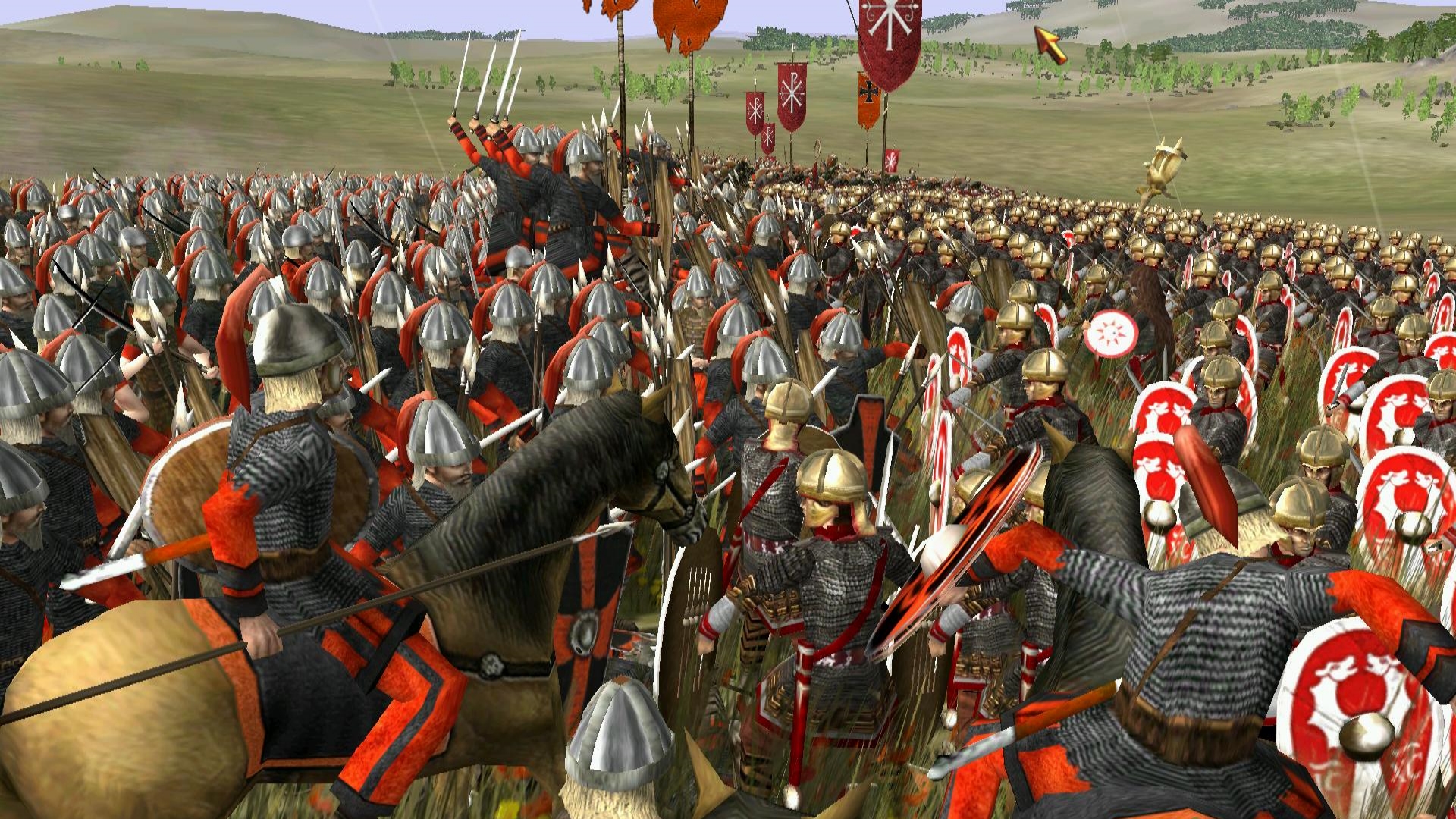 The Dissolution of the Empire
Even so, the two halves of the empire continued to prosper equally until the reign of the Emperor Theodosius (379-395 CE) when internal and external forces exerted themselves to break the two halves apart. These forces included, but were not limited to:

As noted, Eastern and Western Rome pursued their own interests instead of working in concert toward shared goals. This lack of cohesion fostered political instability which was made worse by government corruption, especially among provincial authorities who abused their positions for personal gain. The Goth and Hun mercenaries in the Roman army owed no allegiance to Rome, they were just fighting for pay and, further, were not treated as well as they felt they deserved. The over-reliance on slave labor took jobs away from the lower classes who then relied on public assistance and the earlier debasement of the currency under Septimus Severus had become a policy of later emperors, resulting in inflation. 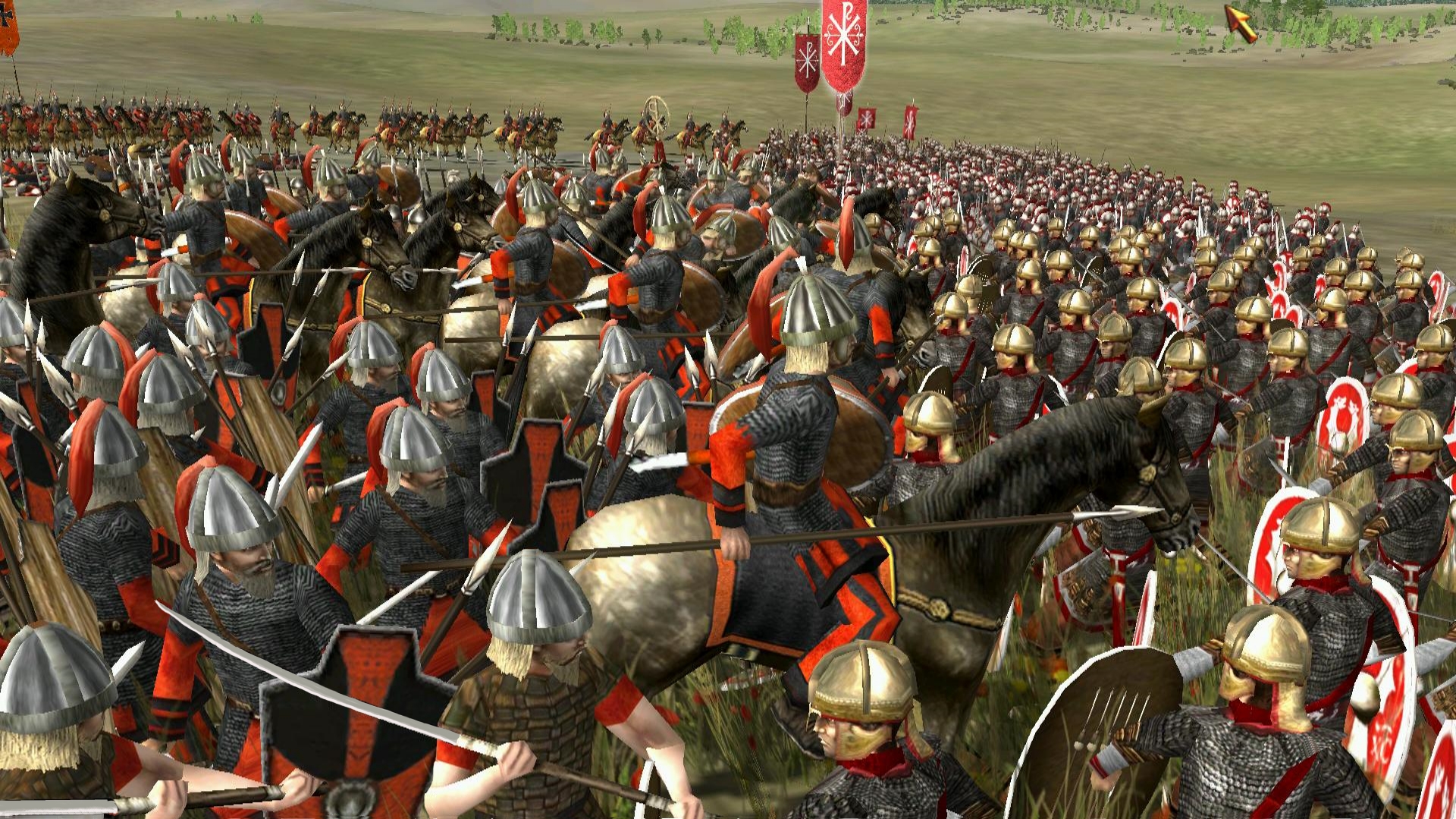 Theodosius zeal in spreading Christianity and crushing pagan influences has also been noted as a contributing cause to the fall of Rome. The earlier pagan belief system of the Romans had been a state religion; the faith informed the state, and the state supported the faith. The Roman gods were concerned with Rome and its success; the new Christian god had no vested interest in Rome per se and was the god of everyone. The nature of Christianity, according to some scholars, served to weaken the traditional cohesion Roman paganism provided to the empire. That point has been debated for centuries but Theodosius its persecution of the pagans is a far more certain factor since, as emperor of both the east and the west, he had the power to unite the Roman Empire but, instead, divided it further through religious intolerance. 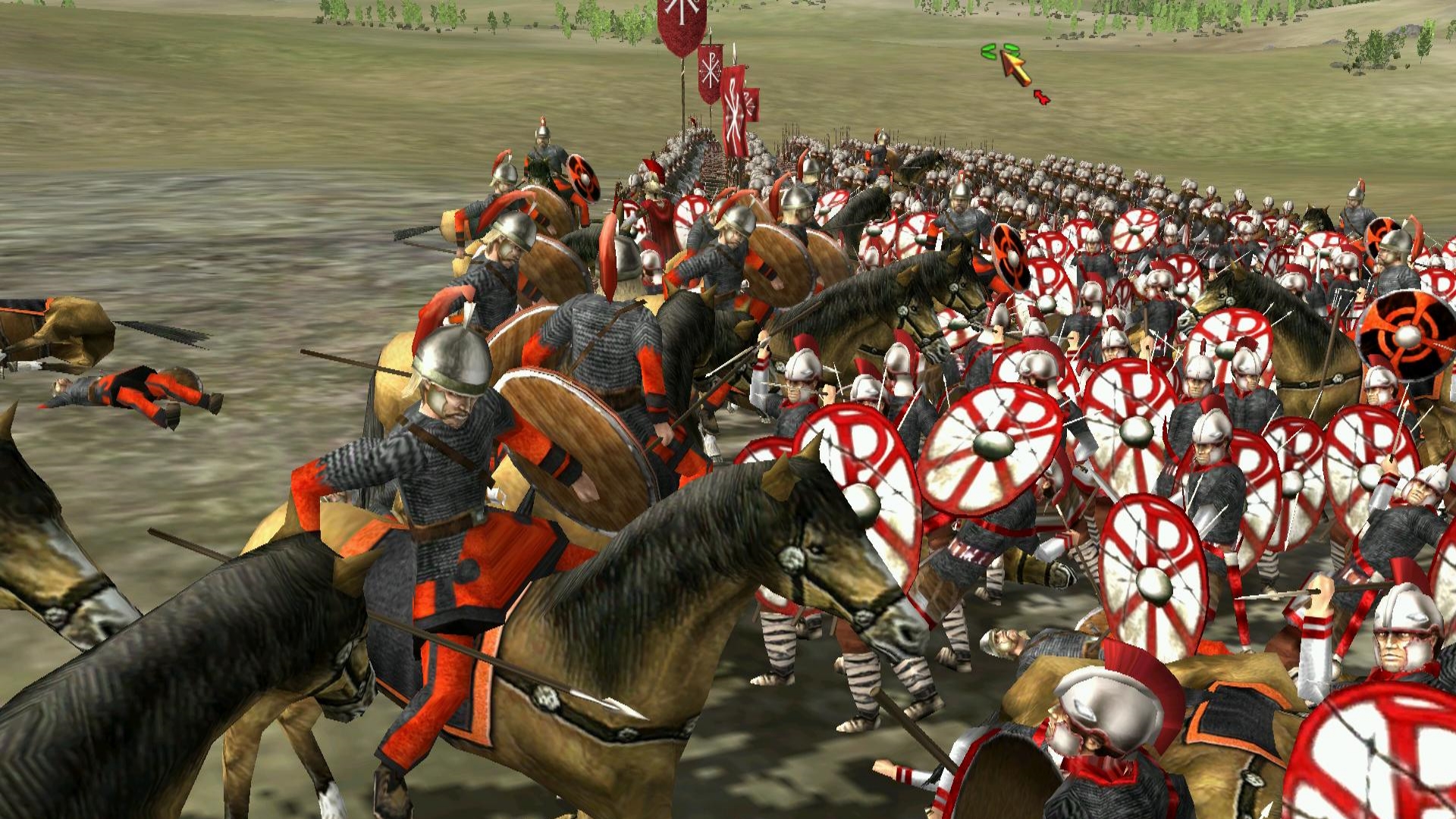 Theodosius came to power following a number of serious setbacks for Rome. The Gothic War of 376-382 CE severely weakened the Western Empire even though the battles were routinely fought by forces from the Eastern Empire. At the Battle of Adrianople in 378 CE, the Eastern Emperor Valens (r. 364-378 CE) was defeated by Fritigern (d. c. 380 CE) of the Goths and many historians agree that this marks the beginning of the end of the Roman Empire. The emperor Gratian (of the Western Empire, r. 367-383 CE) had elevated Theodosius to co-emperor status and, when he died, Theodosius became emperor of both halves of the empire. Theodosius IТs treatment of the mercenary Goths especially at the Battle of the Frigidus in 394 CE provoked the Goth king Alaric (r. 395-410 CE) to sack Rome in 410 CE.

This is not at all to claim that Theodosius reign led to the end of the Western Roman Empire. There is no single cause for the decline and fall of Rome. A steady deterioration in power and prestige had been ongoing prior to the Roman defeat at Adrianople and all these challenges and pressures culminated in the deposition of the emperor Romulus Augustulus (r. 475-476 CE) by the Germanic king Odoacer on 4 September 476 CE, prior to Adrianople. The Western Roman Empire, essentially, fell with the rise of Odoacer who ushered in a new era which would see the Kingdom of Italy replace the power of Rome in the west.
Resource: Ancient History Encyclopedia

I'm not sure about that eagle, man. It really looks like /that other/ eagle.

Does the "Other eagle" look like a Roman one?