Update adding the campaign in Empyrean Frontier, an RTS campaign inspired by FTL.

The campaign for Empyrean Frontier follows a fleet of persistent units as it moves across the known galaxy. At each node, the player will encounter some kind of random event and be presented with several dialogue options, often leading to a tactical RTS battle with an enemy fleet. Sometimes these battles will lead to a full base building skirmish against the enemy AI.

After each successful battle, players will gain ore to repair their ships or credits to purchase new ones at the neutral space stations placed throughout the map. In order to defeat the tougher enemy fleets at the end of the campaign, the player will need to grow their fleet and preserve their existing units. 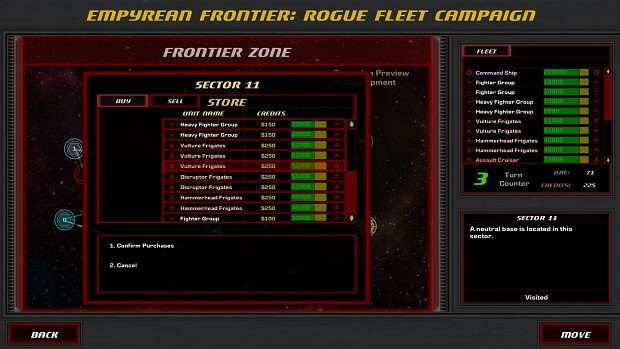 The campaign shares some of the same mechanics that solar system skirmishes have (a persistent fleet of units that travel from one battle to the next) but here it is in a more structured form, with a turn based component in the campaign map. 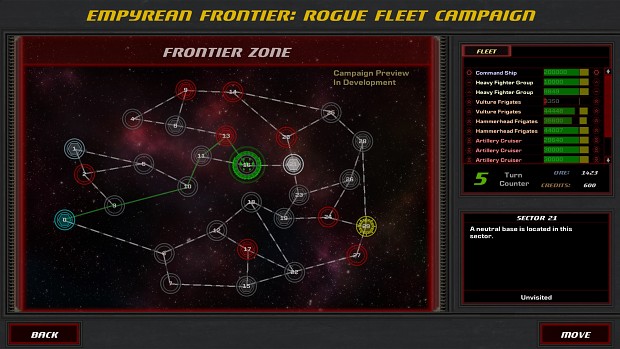 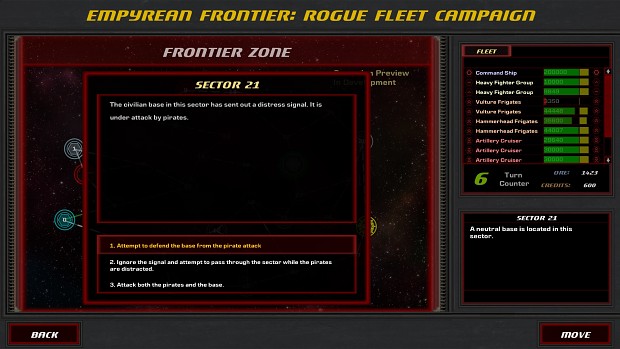 The alpha version of the game including the campaign is available at itch.io which will grant access to a Steam key once the game arrives on Steam (we have already successfully passed Steam Greenlight.)

Now that the last of the main game modes have been implemented, I'll be able to focus on smaller, more frequent updates adding more content. I'm currently working on adding more event types to the campaign, as well as a unit veterancy system.