Updates as of January 2010, including a remade health system, a huge update to the melee and context system and even some upcoming cryptic messages!

Hello and welcome to Robo's Report. This article will outline the additions and changes made to Robo’s World 3 in the month of February. Unfortunately, this has been a rather slow month for RW3 development. A huge art project took up an entire week of the month, and since February is
so short it was a pretty significant amount of time. 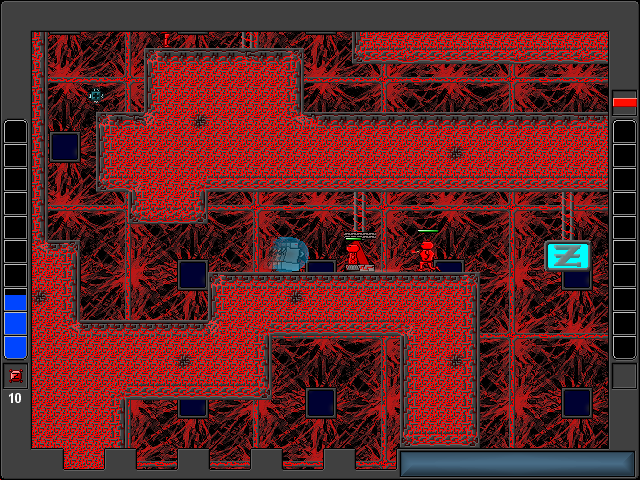 replaced by the (or button) and the button is now designated to the melee attack. That said, there have been a few changes to the way the attack works since it can be used any time, it would be unbalanced to rush into enemies from afar and smash them to bits as this would make the grenade much less viable in combat. Instead the attack is officially designated as a “Melee-dash”. Upon pressing the button, Robo shoots forward with enough force to damage an enemy, but as the farther you are from your target when you press the button, the less damage you will do upon actually colliding. Put simply, use it when you’re close, enemies take damage, use it when you’re far, enemies are unharmed. 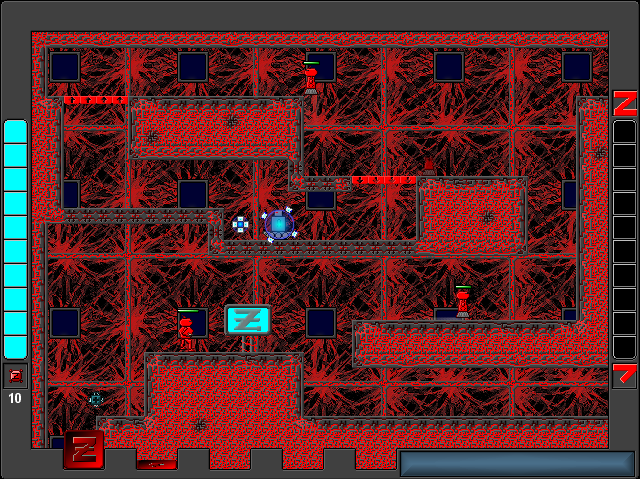 As far as general updates go, there has been some obligatory graphical polishing, and a few program tweaks. And sound effects! There are several new sounds to go with in game actions. The largest other change to the game is the new health system. Rather than the buggy looking “health dots” that are currently in RW3 DEM02, Robo can now collect up to 8 Point Defense Drones which will orbit around you and absorb the damage from any attack. Basically, the drones are destroyed instead of you taking damage, which was kind of the intent of the “health-dots” but that never truly worked. Health packs are still around, and heal you when you touch them, but no longer swirl around you if
they aren’t necessary, they are used up instantly.

And the final update for this month is the “Zarnok messages”, which if decoded, will reveal something truly secret about the game. Just because I run these monthly reports doesn’t mean I reveal EVERYTHING I do. That said, here’s a new one:

As a hint for decrypting these, there is a Zarnok character for each letter of the English Alphabet as well as other parts of speech: spaces, periods, question marks and an exclamation mark. And if you figure them out, please don’t post the message, if you really must, post additional HINTS for decryption.

That’s all for this month, and just to let you know I will be unable to work on Robo’s World 3 for 2 weeks in March, so I’m not entirely sure how much will happen. Thanks for reading and , until next month, goodbye!