A slightly tricky release, you can now play four mapsets combined in two bundles of two each.

How are you, fellow Mac Wolfers? Expecting the unexpected today? Well, you're wrong. Here's some obscure mapsets as usual. Four of them actually, though I have bundled them into packs of two. Seems like it only makes sense this way.

So first off we have RobertStein. Originally distributed as two separate scenarios (called RobertStein - Finest and Robertstein - Tricky), they give us a total of 21 new maps for the First Encounter. As usual, our lord and savior Clubey only knows the name of the author, nothing more. There's apparently no storyline or theme beyond a showcase of Robert's skills. To be frank, the maps themselves are rather small and simplistic, but the number somewhat compensates for it. "Tricks" generally involve pushwalls and bosses. 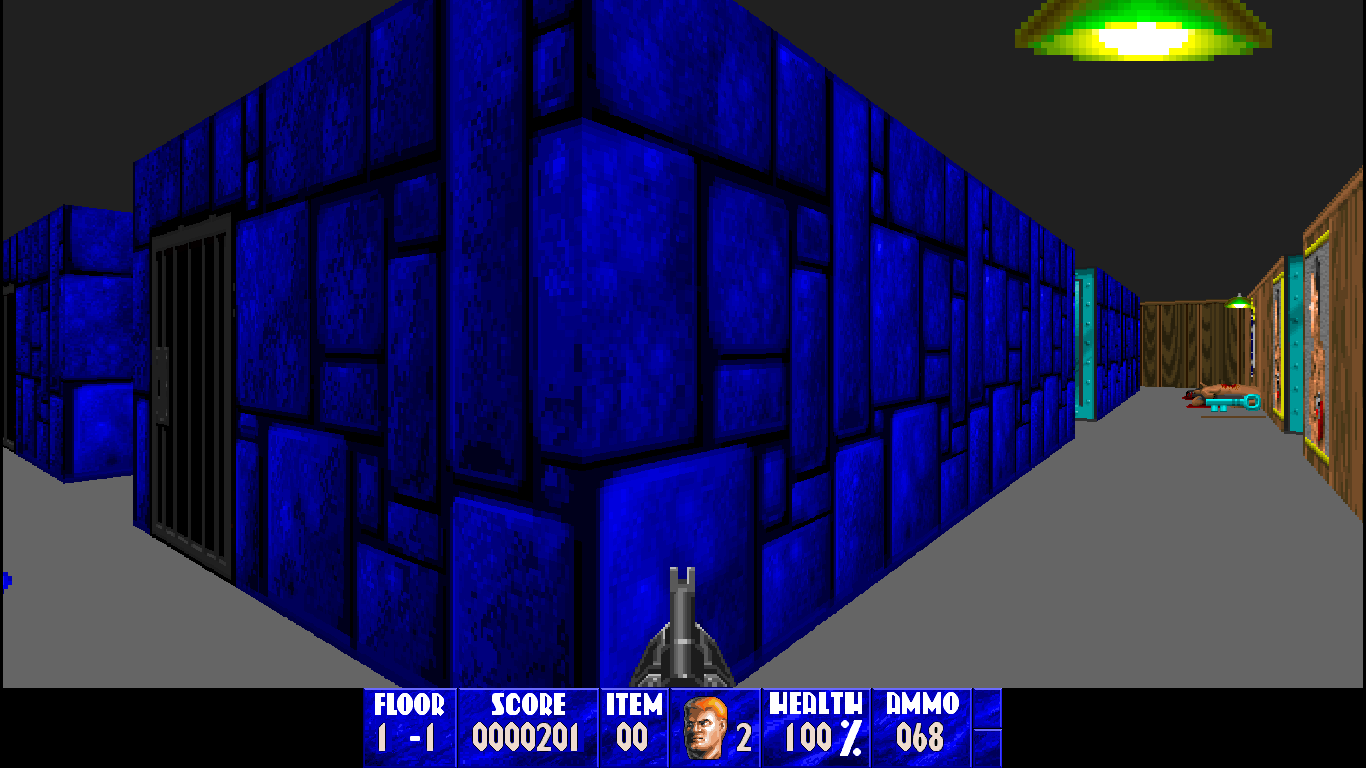 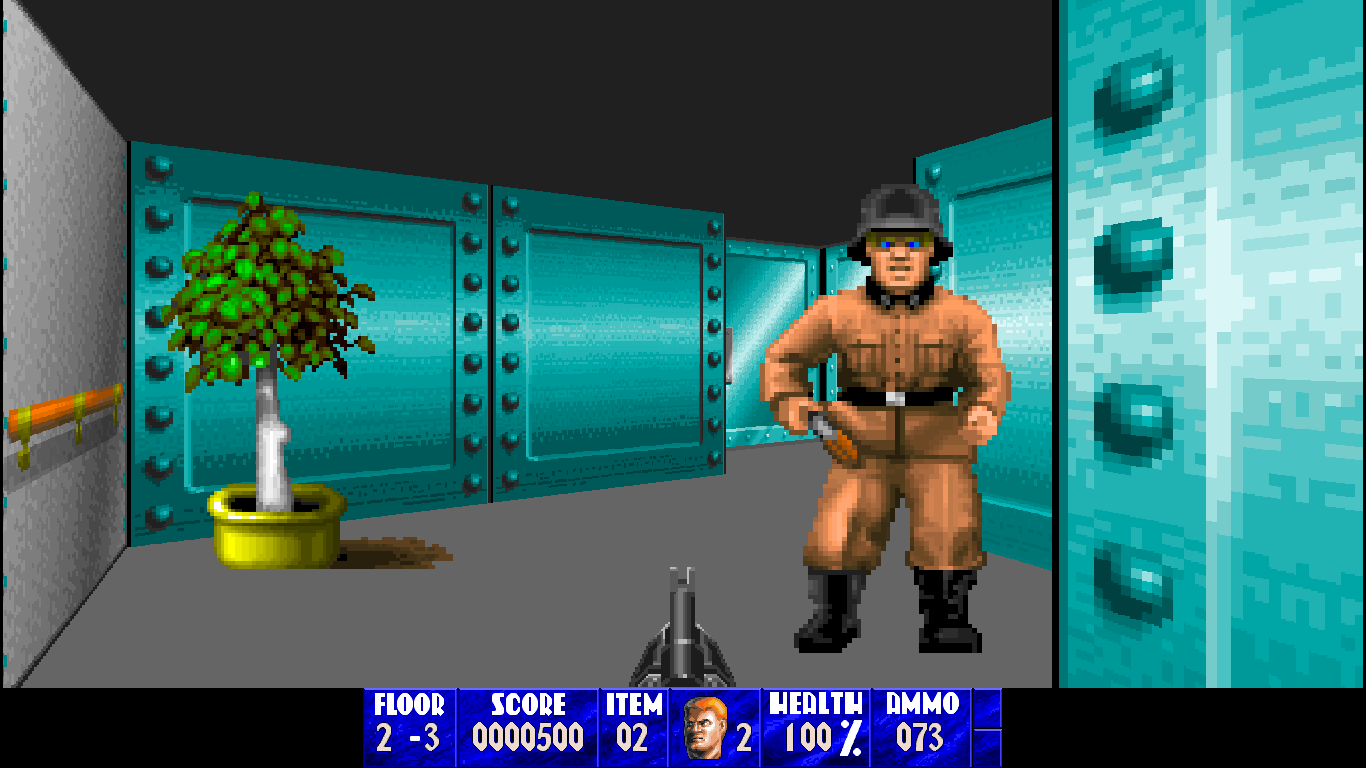 And as for our second offering, it's another duo of small mapsets called South/East Trick I and II. Putting them together was the logical thing to do. All in all, there's seven Third Encounter maps here. The scenarios were created by Clubey for one specific purpose: to teach aspiring mappers about the eponymous South-East Trick. That is to say, in Third Encounter you can grab items from otherwise inaccessible tiles as long as the tile you're currently on is adjacent to the south-eastern corner of the target tile. It's actually a very simple thing. These maps have numerous objects hidden that way and you can't complete them without exploiting the trick. Although, like RobertStein, these maps are rather compact and simple, there's still some meat here. 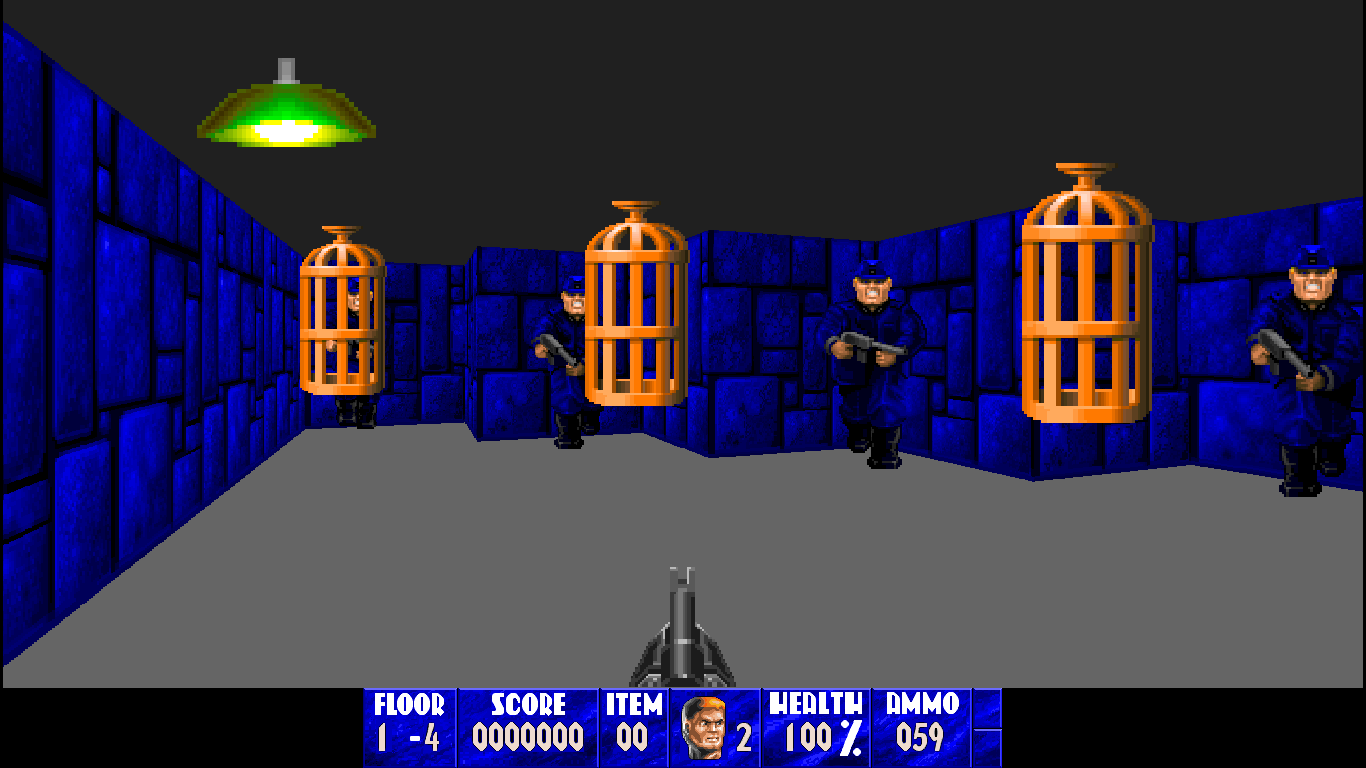 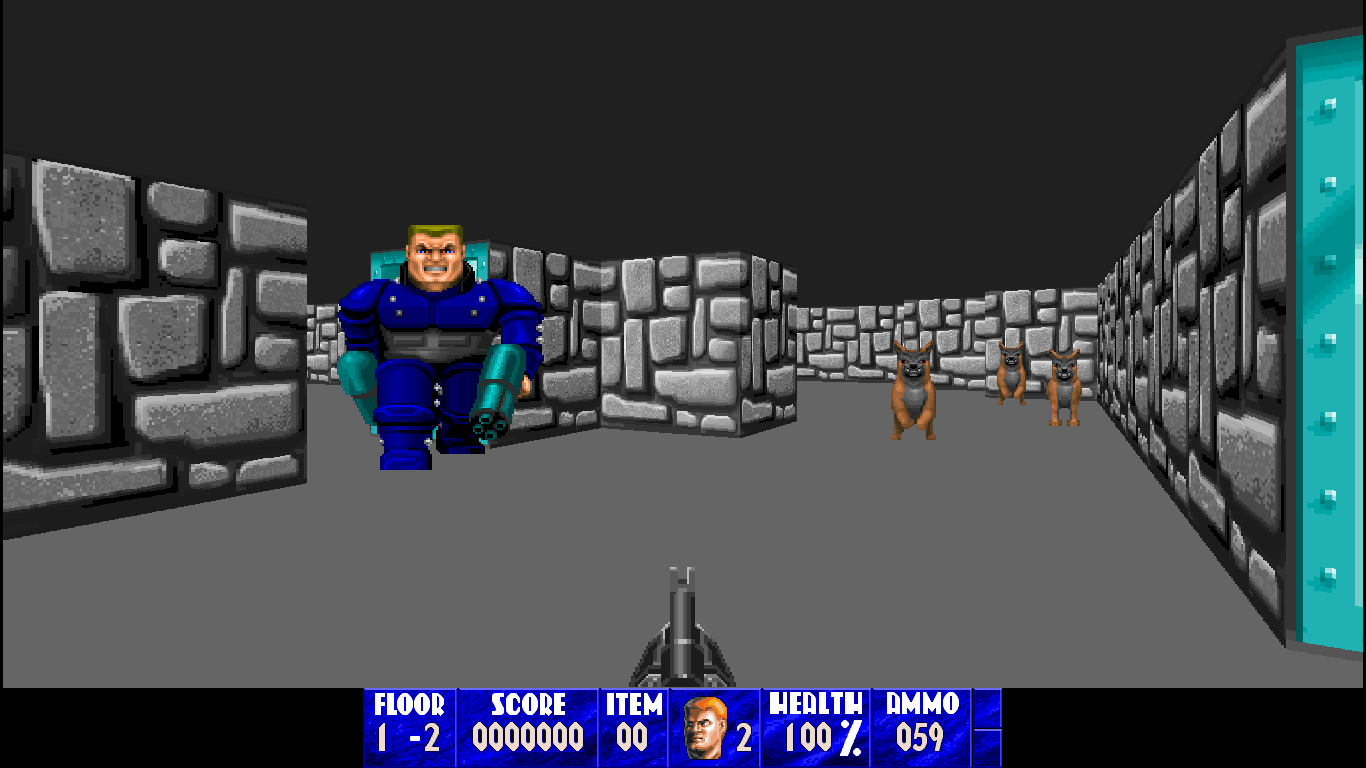