A summary of changes currently planned for Roar of Conquest 2.0.

Greetings! Today I will be going over the changes I have planned for version 2.0 of Roar of Conquest. These changes will mostly affect the eastern-most factions of the map, which up till now has been the least changed part of the mod. Sow without further ado, lets get into it!

The Mongol and Timurid Invasions

Any veteran of Medieval II Total War knows that the Mongol and Timurid invasions have always been a divisive point in the community. Some players absolutely hate the invasions with a passion that is almost holy; others think that it is a cool mechanic which adds an entertaining challenge to the game. For most players, they simply sigh with regret when they see the doom stacks start creeping across their border, knowing the grind that lies ahead of them. I would classify myself as falling in the last category. When the modders for Stainless Steel tackled the invasion script, they turned it up to 11, basically; the number of armies that spawned was far greater than in the base game, and thanks to the work they did, the Mongol/Timurid roster was far more formidable, with good infantry and great cavalry. These changes made the 1220 campaign start for the Mongol's neighbors practically impossible, unless you employed Legend of Total War cheese tactics, (for those of you who don't know what I mean, check his channel and pray you're not lactose intolerant: Youtube.com) For the average player, this tide of doom is not fun to play against. 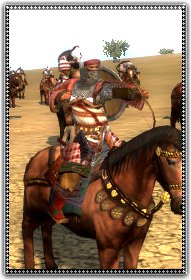 My goal is not to delete the invasion script like other mods, but to tone down the invasions. The idea is that both the Mongols and Timurids will still be strong and establish kingdoms of healthy proportions, but will not obliterate the Cuman Khanate and The Shahdom of Khwarazm within the first 40 turns of the campaign. This change will require quite a bit of play testing to get down right, so version 2.0 is going to be a while before release. I realize some people will probably not be happy with this change or even think it's necessary, but hey, I can't make everyone happy, you know? I still think a good number of people will be open to and hopefully enjoy this change once it is released.

The Cuman Khanate and The Shahdom of Khwarazm

Going had in hand with the invasion change, I will be bringing these two factions up to par in terms of recruitment abilities as everyone else in the campaign. What this means is that the professional troops for the Cuman Khanate and the Shahdom of Khwarazm will be available across the whole map, rather than be restricted by area of recruitment.

I will also be going through both their rosters to balance things out a bit, with the intent of making sure each unit is performing as it should be, (i.e., your expensive elites do not have peasant-tier stats). The idea is that these two factions have a better chance of surviving the Mongols as the AI, and that you the player will have the tools to not only repel the invasion, but to go forth and conquer the world! 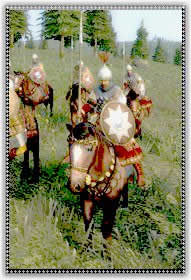 For those Medieval II veterans out their, do you guys remember how in the base game that the HRE was described as lacking professional late-game troops? I certainly do, and it never made any sense to me. Some of the most famous soldiers of the late Middle Ages were the Landsknecht, professional soldiers from the Holy Roman Empire who were renowned for their bitter rivalry with the Swiss. Sure, the game has them available as mercenaries, but it still makes no sense why the HRE cannot recruit these guys normally. No more, I say! From now on, Landsknecht and Doppelsöldner will now be available after the Portable Clock event (year 1510). The Landsknecht will replace the generic Pike unit, while the Doppelsöldner will replace the Forlorn Hope unit. In exchange, these units will no longer be available as mercenaries to any faction; only the HRE can recruit them, and as such, they will sport the faction colors of the Holy Roman Empire when recruited rather than the bland brown-grey of the typical mercenary. Probably the smallest change in the log, but a flavorful one in my opinion. To give you a comparison of how they will appear in game: 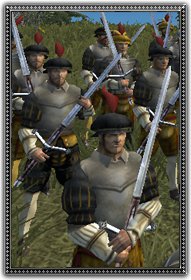 So there you have it, the changes planned for version 2.0 of Roar of Conquest! There may be some other small changes I decide to make along the way, but these are the core changes I have planned. If you would like to start playing the mod now before 2.0 is released, (which will be a while), you can download the mod here: Moddb.com