Roach [Polania] -mech update.New skin and behavier of the main robot from Polania.

Roach [Polania] - middle sized humanoid mech. Great in close and middle range battles. His main ability is velocity. Its one of the fastest weapon on the battlefield. controlled by a skilled captain can cause a huge damage in opponents infantry. But its disadvantage is fire power great in confrontation with of middle class infantry but less effective with heavy class robots . Special skill of Roach is to deploy units on huge distances by throwing them. Also You can add a more effective weapon to him after inventing them. Summarizing Roach is most effective class against middle class infantry which can cause devastating damage. 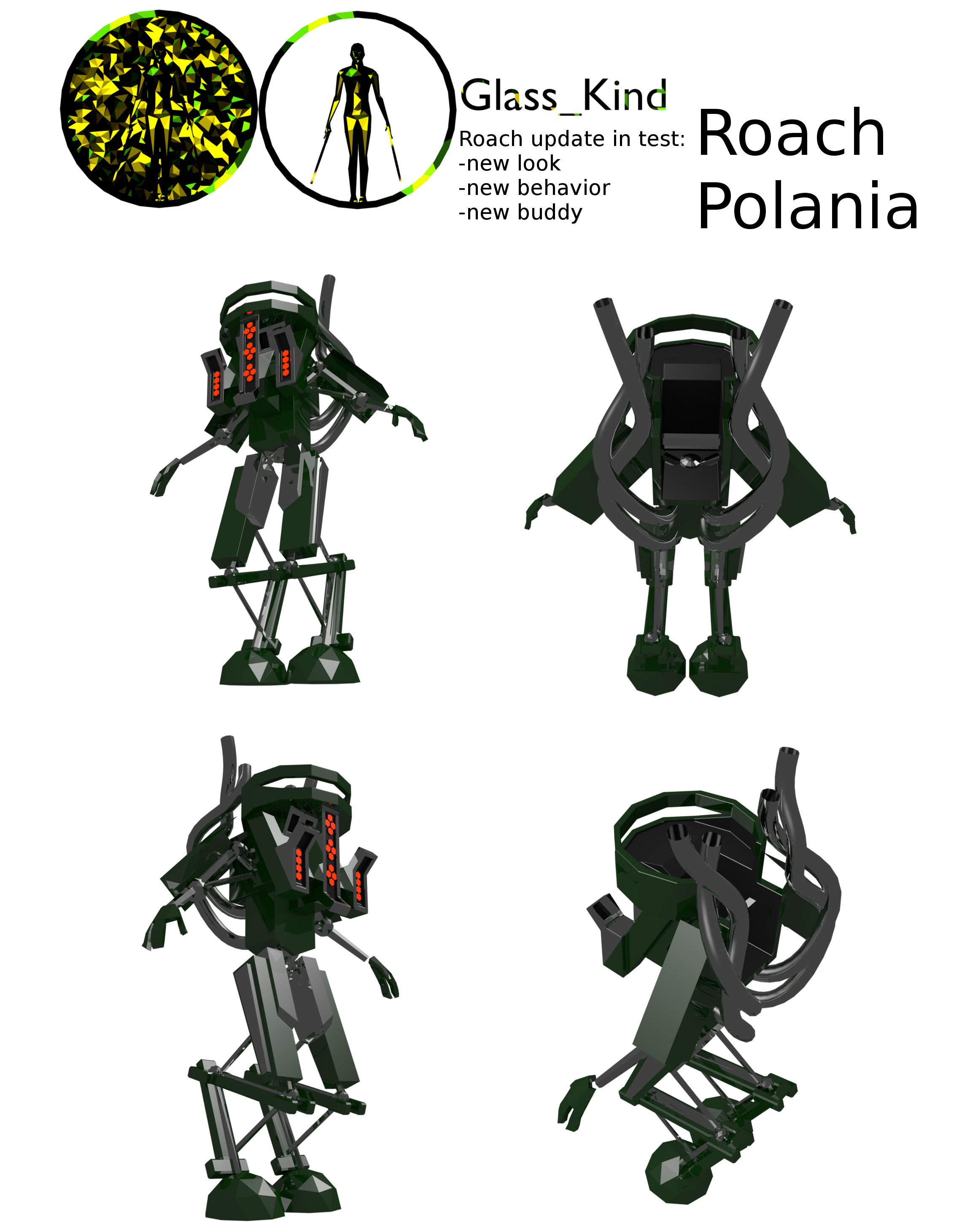