Post news RSS Rise of the Reds Update: The Reboot

Today's update marks a milestone in the history of our project and we're coming to you with an announcement that's going to rock your world. After many hours of discussion and design work, we have retooled Rise Of The Reds from the ground up in order to give you a mod that is unlike anything you have ever seen in this game. Today, we are proud to present you the first renders for 'Elevation Of Red', our all-new mod with a completely revised setting, overhauled game mechanics and realistic.... 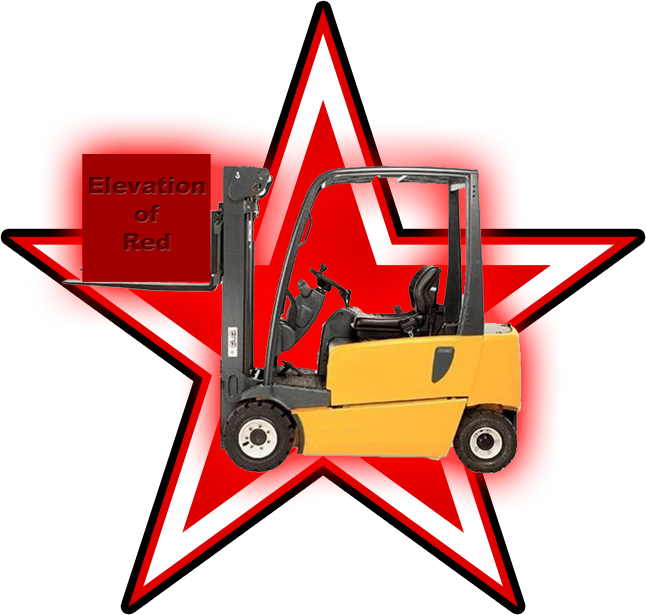 Today's update marks a milestone in the history of our project and we're coming to you with an announcement that's going to rock your world. After many hours of discussion and design work, we have retooled Rise Of The Reds from the ground up in order to give you a mod that is unlike anything you have ever seen in this game. Today, we are proud to present you the first renders for 'Elevation Of Red', our all-new mod with a completely revised setting, overhauled game mechanics and realistic unit models. Everything we've done before pales in comparison to this. Enjoy! 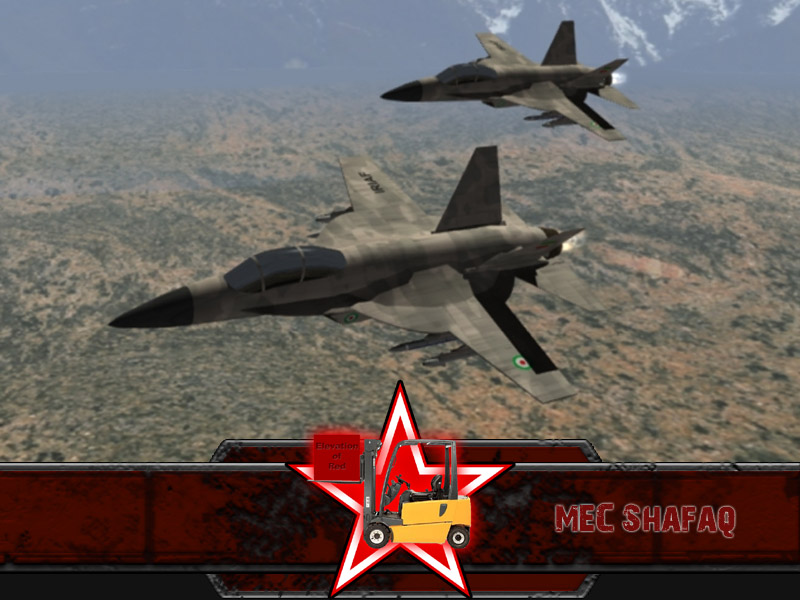 The Global Liberation Army has always been a very implausible and needlessly controversial element of the game. This was largely due to the fact that the faction always felt like a stale throwback to the popcultural zeitgeist of the Bush era, which makes the game feel dated and obsolete from today's perspective. It is for this reason that the GLA will be replaced by a faction that is a lot more appropriate and topical: The Middle Eastern Coalition, an aspiring alliance of nations led by Saudi-Arabia and Iran, complete with a full arsenal of new top-of-the-range weapon systems. Those of you who enjoyed the GLA's unique playstyle can rest assured however that their game mechanics will remain completely unchanged. What you see above is the Iranian-designed Shafaq aircraft, which is going to replace the old, outdated GLA Interceptor. The MEC will feature three distinct sub-factions: General Hassan, who is secretly an assassin, General Bosaso of the Somali pirate armada and General Saladin who specialises in desert cavalry tactics. 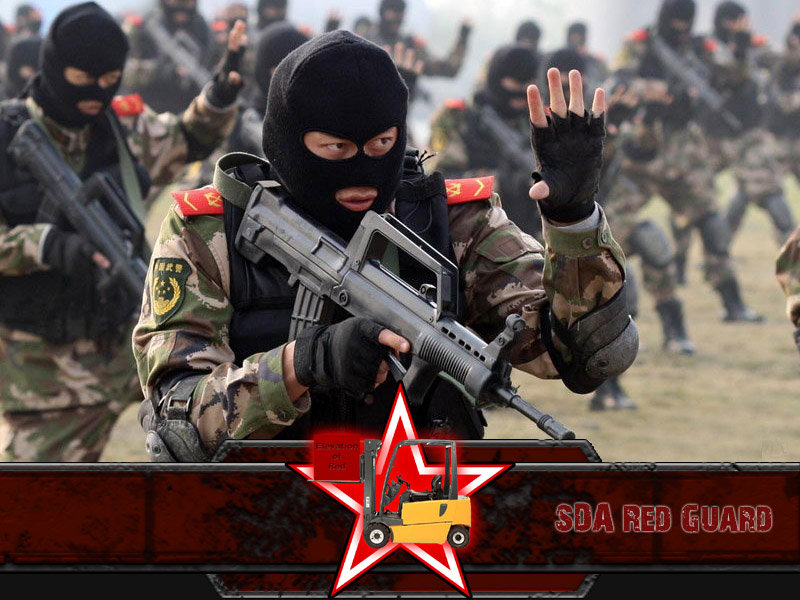 After an exhausting series of balance tests, we have concluded that Russia and China are basically the same gameplay-wise and that they both seem to like the colour red. As a result, we have decided to merge the Russian Federation and the People's Republic of China into one faction: The Soviet Dragon Alliance. The SDA will use a variety of realistic weapons of Russian and Chinese design to replace the goofy elements that marred the Chinese faction since the original Generals. What you see above is the first manifestation of this shift: The new Red Guard, complete with a professional, modern-era uniform and a proper QBZ-95 assault rifle which can be upgraded to the more advanced QBZ-95-1 for a mere 2000 credits. However, since we cannot realistically depict the benefits of improved ergonomics in-game, the upgrade is purely cosmetic. The Red Star Alliance has three unique sub-factions: General Nikita Putinsky of the Russian Cosmonaut Corps, General Chi-Po who can produce masses of units at an unbeatable price and General Kim Jong Un who is basically a god. 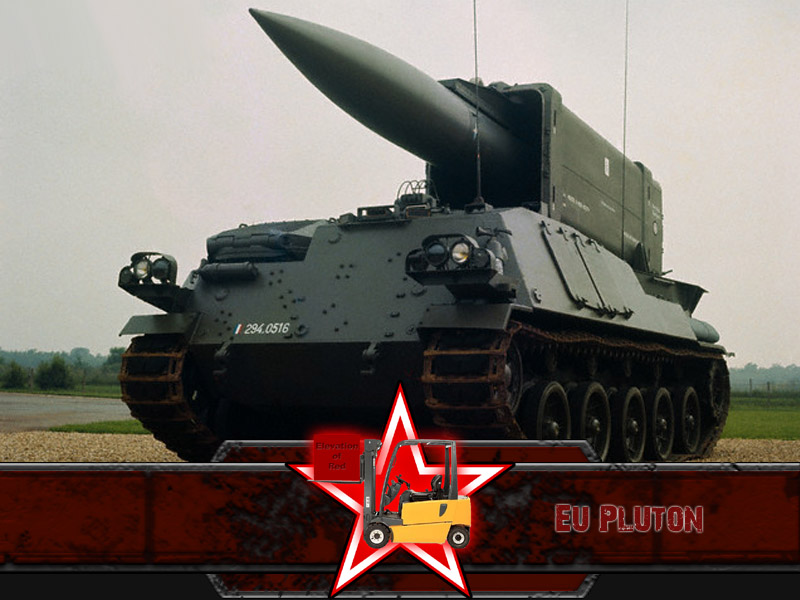 Another major change in ROTR 2.0 will be the ECA. After many heated discussions and a number of protest resignations among our dev-team, we have decided to turn the European Continental Alliance back into the European Union. The story will be revised accordingly: In 2014, the EU discovered an untapped deposit of unobtainium off the coast of Luxembourg which boosted its economy by tenfold, allowing the Union to absorb the Balkans, Turkey, Ukraine, Georgia and Belarus within a fortnight. This sudden shift towards greater realism will be represented in-game as well: The Pandora will be replaced with the much more iconic French Pluton missile. However, due to political sensitivities, the EU will not actually be able to fire nuclear missiles in-game, but the Pluton's carrier vehicle will still be able to run over infantry units as a last resort. Like the others, the European Union comes with three exclusive sub-factions: General Merkel who can impose crippling austerity measures on an opposing player's economy, General Ruetli of the elite Swiss Guard special forces and General Alfons Hatler who specialises in Blitzkrieg tactics. 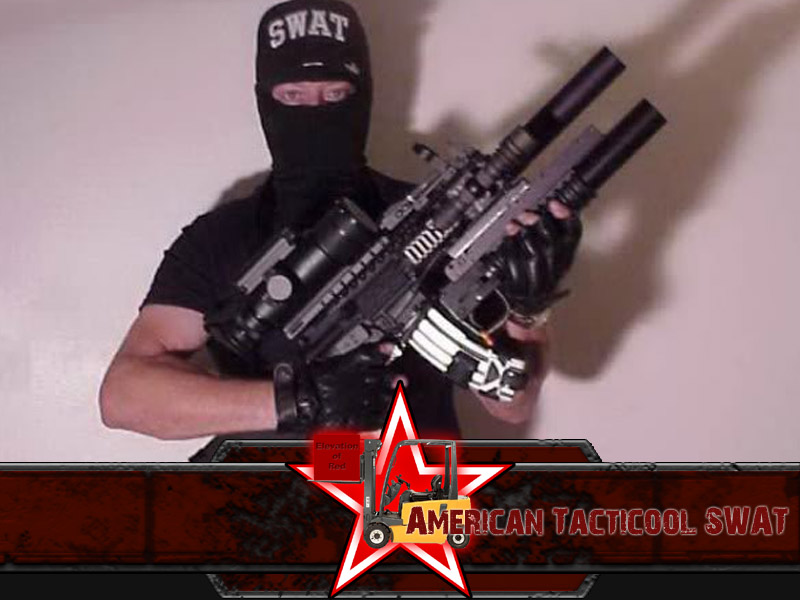 Now, we are aware that many of you did not like our new direction for the United States: Many of the drones we had originally planned were either highly unrealistic or downright bizarre, like the Transformers-inspired mecha we originally wanted to showcase in a future update. It is for this reason that we are going to shift the focus of the US faction towards special forces instead. As a result, their new main infantry will be the SWAT Operator. Clocking in at a mere 1500 credits per unit, the SWAT Operators are the single most elite infantry in the game now that we've removed the Shock Troopers for the sake of realism. They are armed with a powerful automatic assault rifle with an underslung 40mm grenade launcher. Additional upgrades can be purchased individually for every SWAT and include an ACOG scope, a grip, a laser sight, a suppressor and an infrared illuminator. Finally, the USA will also have three new sub-factions: General Bruce McClane who fights all by himself, General Motors who is a vehicle expert and General Shepherd of Taskforce 141.

We hope that you like what you just saw. Just in case it didn't come across from the renders: These will be our actual in-game graphics. Stay tuned for RoE's next update in approximately six months. This is SWR, signing out.

The russian april fool is one day early

Yeah... seems to me someone was a bit bored!
And I ain't talkin' 'bout me!

Unobtainium is an element that cant be obtain, that is why its named as "Unobtainium".
more like an april fools present XD..

It's also the name of the superconductor element in Avatar... just so y'all know.

Ahhhhhh you almost got me there.
Though it's a little early where i live.

Does that mean General Motors will have the Ice Cream Vee?


good one guys.. good one

And goodness what a fright it gave me.

Please tell me that the forklift is the ultimate unit of the game.
This would please me greatly.

You got me there! April fools! xD

Don't know if it's an April Fools, but seriously, don't merge china and Russia !
And, I like the EU concept, but please keep the ECA lion there, it's much better then the EU flag. The Pluton missile is an exceellent idea, and should have the same capability as the pandora.
As of the GLA aircraft, I've been thinking of that since the emergence of the "soda bottle", I would like to add that since the GLA is now besieged in africa, why not some old Chinese or Russian fighter of the early cold war! Say MiG-17, MIG-19,MIG-23,SU-7,Su-17 ,Shenyang J-5 ,Shenyang J-6 perhaps.

Someone forgot to take his humor pills.

Thanks,
Actually, I realized that it was April Fools about halfway while typing.
What do you think about my proposal regarding the GLA intercepter?

At the time this was posted, it already was in Europe i.e. where most of our team is.

please tell me it's an april fool's joke, this would have ruined the mod

Even if you didn't stop to wonder at the cheesy forklift logo, the Somali pirate armada, the merging of Russia and China, the presence of Kim Jong Un (who is basically a god), General Sheperd, General Motors, or Alfons Hatler, surely you should have noticed something was wrong when you read the words "coast of Luxemborg"?

Who would win in a fight? The Somali Pirate Armada or the Spanish Armada?

Not sure if it is joke or true. Mehehehe

Well maybe it's April 1st in the Netherlands where The Hunter uploaded it from and it is still March 31st in america, like most of us. I facepalmed when i saw General Shepherd as a playable character and i can quote something from him,"If he lives, and we die, his truth becomes written and ours is lost. Shepherd will be a war hero,cause all you need to change the world is one good lie and a river of blood". (MW2 Final briefing) ONE GOOD LIE:) Obviously a hidden joke.

I was looking forward to playing as General Motors! lol

the idea of MEC faction is good though

No, clearly Kim Jong Un is the best general. How can he not be your favourite?

Because I don't belive in god. :D

No no no The best is obviously Alfons Hatler.

I would name him Hdolf Aitler, i think it hides better the obvious historical references.

Is any one else concerned by the abnormally large number of people who thought that was serious?
if:General Merkel who can impose crippling austerity measures on an opposing player's economy
didn't make you at least a tad suspicious then i sure as hell dont know what will.
Made me crack up though nice one SWR.

this can't be real...the devs said that their focus is NOT realism,and this is just it..realism...lol

Nice one guys, nice one xD

Soviet Dragon? :)
Why not Chinese Bears?
Why not Red Zoidberg?
Anyway, RoTR made me laugh :D

"General Bosaso of the Somali pirate armada"
Made me realize that it's April 1st :D.

''Kim Jong Um who is basically a god......and than i realized
April Fools

It took you that long?

General Merkel and General Alfons Hatler...I see what u did there