Yaroslav Korshunov and his VDV comrades stared at the red light above the closed cargo bay door. The payload space of the Ilyushin Il-76 transport plane was wrapped in an air of expectant suspense. Every once in a while, the irregular rattling of the airframe or a cough from one of the paratroopers could be heard against the monotonous droning of the four turbofan engines...

Yaroslav Korshunov and his VDV comrades stared at the red light above the closed cargo bay door. The payload space of the Ilyushin Il-76 transport plane was wrapped in an air of expectant suspense. Every once in a while, the irregular rattling of the airframe or a cough from one of the paratroopers could be heard against the monotonous droning of the four turbofan engines. The machine was one of almost twenty strategic airlifters known as the 'Candid' among Western militaries that had taken off from the Russian military bases in Maranhão, Brazil where the South American Pact had given the Federation the privilege to station a contingent of 2.000 soldiers. Now, it was their job to land a decisive strike against the nerve centre of the Solaris network; the ESA space centre near Kourou, French Guiana. "We are approaching the landing zone. Ninety seconds!", the nonchalant voice of the pilot, a senior Captain of the Russian Air Force with two decades of aviation service under his belt, sounded through the intercom. "Thank you for flying with VVS airlines and come again!", he added in an attempt to ease the tension.

At the same time, the red light started to flash as the cargo doors were opened. A wave of cold air rolled into the faces of the paratroopers whose eyes took a few seconds to adapt to the sudden burst of bright, tropical sunlight. "Thirty seconds!", the pilot reported again. "Check your equipment and be careful out there, comra...", he was suddenly interrupted by a loud, crackling noise. It seemed as if the entire airframe started to rumble and within moments, Yaroslav and his fellow paratroopers registered the stench of melting plastic. Electrical cables started to smolder, then burst into sparks of flame and the soldiers were overwhelmed by a painful, burning sensation that struck their reddening skin like a thousand hot needles. The signal light above the open door turned to green, only for the bulb to pop out a few seconds later. "GET OUT!", the pilot exclaimed. "I can't keep her in the air, just get the hell out of here NOW!", he added before his voice was cut off by the sound of exploding hardware and a disgusting splattering noise grotesquely reminiscent of an overripe watermelon.

Yaroslav and most of his comrades made the jump, witnessing as their Ilyushin turned into a flying fireball above them and plunged to the ground. Many of the other planes shared the same fate, seared out of the sky by the ECA's most infamous anti-air system, a nefarious microwave weapon of Scandinavian origin known and feared as the 'Wotan'. During his fall, Yaroslav could only watch helplessly while some of his fellow soldiers burned up in the deadly energy beams that shot at them from the European space port below. He almost got swatted down by a fully manned BMD combat vehicle whose parachute had malfunctioned. The 13 ton IFV plunged towards the earth, missing Yaroslav by only a few metres, and got smashed to a clump of shattered metal as it hit the ground. Despite the harrowing sights, the VDV trooper pulled the chord on time and glided down with his parachute. He rolled over, freed himself from the ropes and readied his weapon; it was time for some payback. 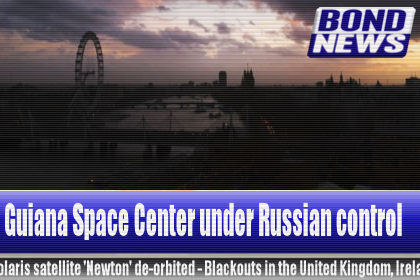 Before we show today's renders, we'd like to use this opportunity to present you a Voice Over Showreel by our team member Stig Sydtangen AKA DragonNOR, who lended his voice to several of units. 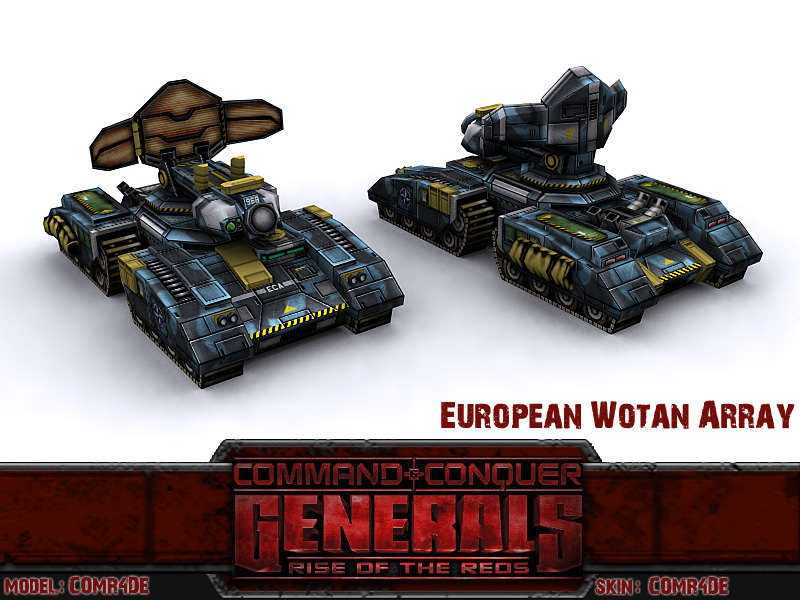 The Wotan is a revolutionary anti-air weapon system of Norwegian origin. Its armament is a microwave projector which is capable of firing an extremely intense beam of EM radiation at a target. Due to the intricacies of the weapon control systems, the limited depression of the beam projector and 'humanitarian' concerns, the 'heat ray' can only be fired at airborne targets, making the Wotan the heavy anti-air weapon of choice for the Scandinavian militaries and the ECA. The beam's intensity can be set to 'focussed' or 'spread', allowing the Wotan to defeat individual aircraft with all available firepower or damage an entire swarm of packed targets at the same time. Thanks to the physical attributes of a directed energy weapon, the Wotan's attack has long range and suffers no delay before it strikes the target. An enemy pilot caught within range of a Wotan is essentially doomed to combust, either from being cooked to death by the microwave beam or by the premature ignition of his fuel and weaponry - whichever happens first. 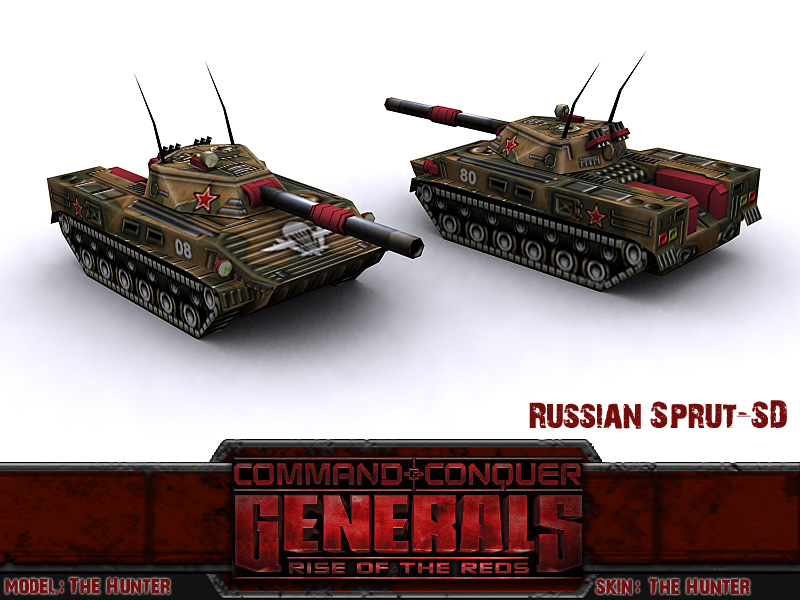 In order to provide the Russian Airborne Troops with some additional punch against vehicles, the BMD can now be upgraded into a Sprut-SD 125mm tank destroyer as an alternative to installing the mortar cannon. 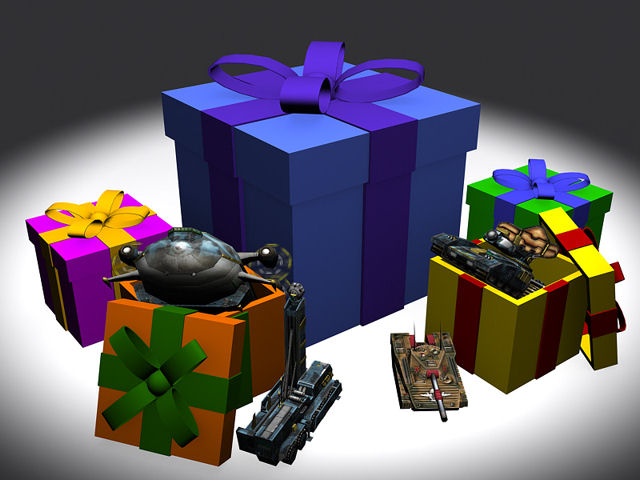 Can I have one of those gifts :D

As we come closer to Christmas, everything is becoming merrier and merrier.

Well, except for Ireland and the UK. They're just in for a bit of a chill.

i think this thing Moddb.com
is under that blue box :P

The big blue box is probably the release instead :P

by the way what exactly is that huge thing? I don't remember the answer was ever told?

Does this mean the Solaris will be used against the ECA/US forces? o.o

The Lynx and Wotan sound rather...insane. Finally some attention for the crazies!
Yeah, I'm probably gonna spend most my time on the ECA after this.

How does the Lynx sound crazy? It is just an APC.

At the very least, he sound like he's enjoying everything waaaay too much.

Fair enough. Russians gaining some momentum again, not just 'murican pwnage. As long as it stays on equal terms im fine with it.

Real war usually isn't that equal. We'll probably see each country at some point fighting tooth and claw to win. We haven't seen all the bag of tricks these factions have.

"Tell the gunner his aim SUCKS!" I love this one

They look so powerless to me in the giftbox xD