Today we are bringing the first mob of the game, the battle system and a bunch of items.

Today we are bringing one of the biggest updates until now.

For the players not wander alone in the world, we added some animal life in the ambient. Bringing today the first mob of the game, the Bison! However it will not be the easist mob in the game, on the contrary, will be dangerous fighting him in the beginning of the game.

The Bison have an attack strong enough to knockback the player some meters away. In normal conditions they are passive, but some of them are agressive, so take care when finding one, it can be a furious bison. When agressive they are capable of run faster than player.

During this time we are working on some placeable items, as the stone workbench, the first crafting table of the game. This items doesn't have the system to execute their functions yet, we will show it in other update. You can see the visual of some items below: 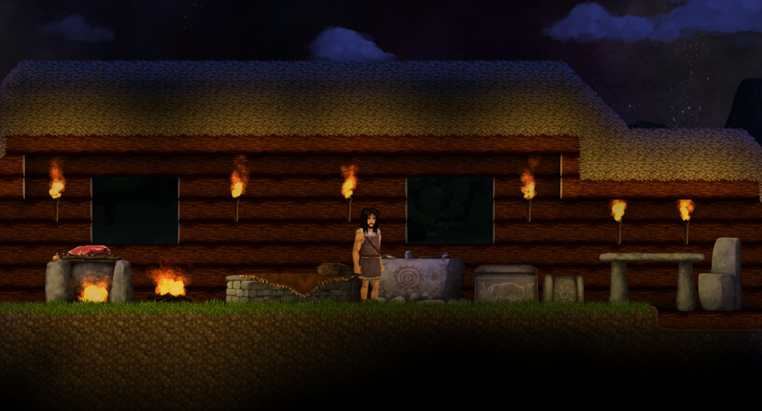 We started the battle system of the game, at this moment it is in a initial phase, but you already can get an ideia of how it will be.

To finish, we produced the first music of the game, composed by Chris Kobke, the music represents the prehistoric age.

Check out everything we showed here in the video below:

Looks really promising! i hope you finish this soon!

Thanks! We are working hard on it! :D