We have improved the cave generation code with a mix of various noises.

We have been working on the complexity of the caves, and we think it has improved a lot. The caves were bad, with just little caves spread over all. The code that generated them was destroyed, and a new and fresh code was born in its place, with a mix of various noises.

All noises use Simplex Noise instead of Perlin Noise, they are pretty much the same, but simplex does not show some artifacts that appear with Perlin, and Simplex have a better performance in higher dimensions, but that does not matter much as the performance in low dimensions (1D and 2D) are practically the same.

No more small talk and let’s see the results. 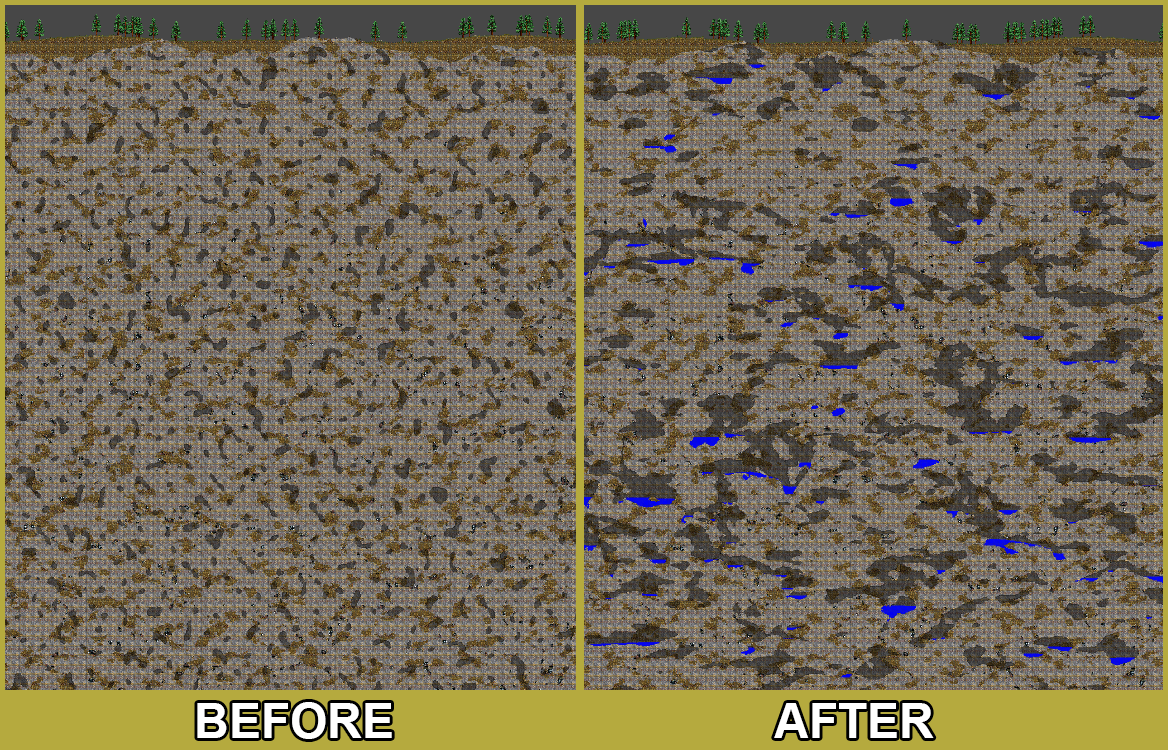 For now the underground doesn’t have a great variation of blocks, just stone and dirt, but that will change in the future.

We are starting to work on biomes now, as soon it is done we will show for you.

These caves are huge or world is small? :o

They appear huge here but in game they have a good size. The image show only part of the underground, the planet go far more deep.

In the future, we will enrich the underground with a variety of rocks and minerals. We will give great attention to this part.:)

Thats great to hear.In many games one spend a lot of time in a bland underground.
A question:Is the resource collection gona be standart(deep pockets)or more believable(using ropes,minecarts,etc)?

The resource collection will be standard(deep pockets). We think that carrying a lot of itens in several turns will be an annoying task. XD But new technology will be needed to go deeper on the planet underground.

Sorry, we don't have an available demo yet. :(