So yeah, Im done with the 'guts' boss fight. It's tough as hell. But well, what can you expect, it's one of the final boss fights!
It's basically a 2 phase fight. From the start the boss is hanging on the ceiling, and you have to get it down by throwing bones at thim, and then when you damage it enough, phase 2 starts and he drops down.

And guess what? I reworked 'cave' visuals once again. :D I never really liked it, so I thought I'd give it another shot. This time it could be the final version, as im kinda liking it. :) It's mostly done, except for a few little things, like the spikes and stuff like that. And also I have to re-tile all of the cave levels, yay... (sadface)

I made this picture, with how the 'caves' visuals have changed since starting the development, and it's pretty drastic. Pretty crazy to think how much my pixel-art skills have improved. 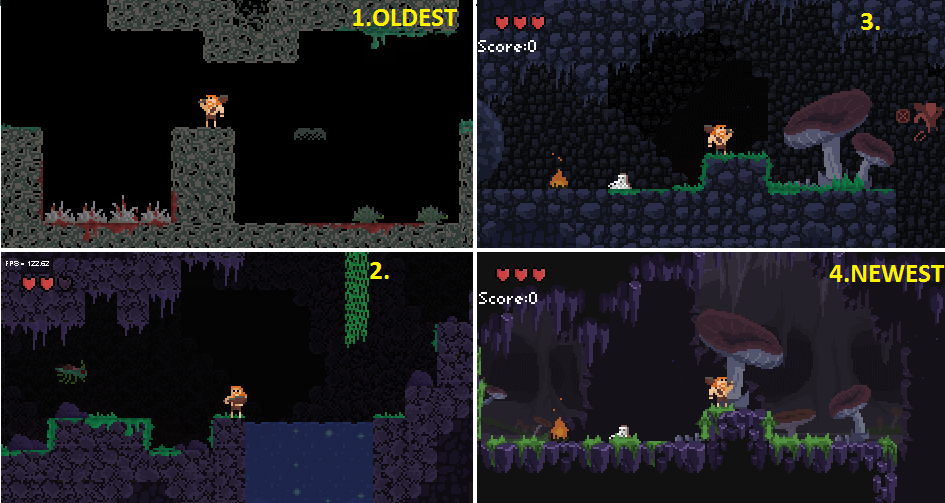 Anyways, that's it for this time, thanks for still checking this out! :)

BONUS:
This is not really 'TwaC' related, but i thought I'd share it anyways, as it might be my next project. A beat 'em up mockup. :) 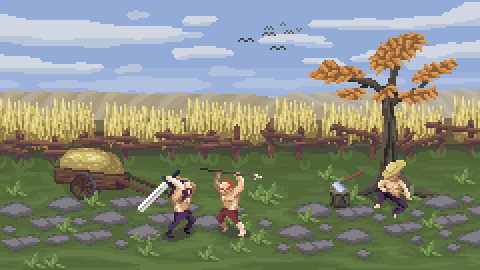 Looks awesome! keep it up :D